The Kasbah Update – What Happened After Bar Rescue 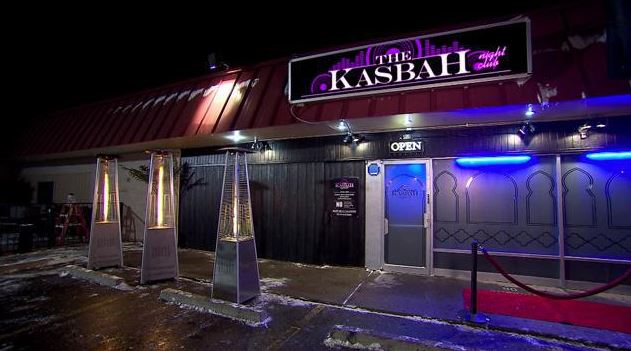 The Kasbah before Bar Rescue

The Kasbah was opened in 1997 after owner Shelton Bouknight funded it with his 401k. It was the sole dance club in Aurora, Colorado, and the lack of competition ensured that The Kasbah secured all of the old school dancers in the area. Thanks to this untapped market Bouknight was able to rake in around $800 grand in one year.

Unfortunately The Kasbah’s clientele aged and had to hang up their dancing shoes for good. The rowdy younger crowd took over the spot and brought in problems instead of profit. Some of these young customers chose to sneak in alcohol instead of buying one in the counter, and fights became commonplace. The frequency of violence plus the presence of gang members made The Kasbah exhibit an unfriendly and unsafe presence that repelled customers. Eventually the employees were bit by the slacking bug and irresponsibility got the best of them.

To help control the situation Bouknight has decided to call for a rescue.

The Kasbah on Bar Rescue

From the outside The Kasbah looked extremely outdated with lax security at the door. Jon Taffer showed footage to his experts namely chef Aaron McCargo and mixologist Elayne Duff wherein patrons complained about bad customer service and the unfriendliness of the bar towards the ladies.

For the recon Taffer deployed two young women and a man into the bar to get the local customer’s perspective. The surveillance revealed a pathetic sound system, misdirected disco lights, and bartenders with attitude problems that served drinks that were too strong. When one of the girls complained about her drink’s potency the bartender simply dumped it back into the mixer and shook it instead of serving her a new glass. When they ordered food the bartender told them to personally pick up the tray at the kitchen window as if the patrons were in a drive-thru, and to make matters worse the food was placed in a Styrofoam container instead of the usual plates. One of the male patrons approached the two girls and made inappropriate remarks, and security only intervened when tensions were at a critical level.

Taffer went in to meet with Bouknight and noticed that the employees simply took advantage of the owner’s nice guy attitude. In the kitchen McCargo was met with several sanitation problems and fire hazards directly underneath the fryers. Kitchen staff Diego was aware of the problems but did not have the initiative to clean the place up hence Taffer had him and his cook Chino wipe every nook and cranny until the kitchen was spotless. In the bar area the bartenders brought up their issues to Taffer like a lack of training and teamwork. The security personnel complained about the lack of a dress code and their problems with pimps and drunken patrons.

McCargo assessed the culinary skills of the kitchen staff. They were capable of whipping out delectable meals but the problem lies in the quantity of their servings which was too much for a nightclub. Bouknight defended the use of Styrofoam containers by stating that the staff was too busy to wash dishes. Duff trained the bartenders with the core basics of mixing and how to prepare drinks with a smile. Taffer brought in security expert Doc to help make The Kasbah safe for the night’s stress test by tutoring the two guards how to properly pat down patrons.

During the test Taffer and Doc had a few customers sneak in small liquor bottles to see if the guards can catch them. Unfortunately they managed to get past the inspection without any trouble, and Bouknight was forced to fire his security personnel “Superman” after missing three hidden bottles. The bartenders find themselves in a nerve-wracking situation as customers flocked the counter, and the kitchen personnel still had to get used to serving smaller portions on dishes.

The Kasbah was renovated into The Kasbah Night Club. The façade was decked with blue and purple lighting, a torch, and velvet ropes. Taffer had no reason to change the bar’s name as it has been around for 15 years with no negative reputation. The Moroccan name of the bar was reinforced with appropriate designs on the exterior, and a sign next to the door reminded everyone about the now-strict dress code.

The bar’s interior now featured new black furniture with a good amount of disco lights to keep the energy up. A new sound system ensured killer auditory quality with the lights programmed to respond to the music’s beat. At the bar area Taffer installed a chilled shot machine, a POS system, and the revamped service station that will allow servers to easily handle multiple orders.

The Kasbah Night Club welcomed a good amount of customers during its grand reopening night. The bartenders paid attention to the patrons with a smile which was a massive improvement compared to how they were before, and the drinks they made were of topnotch quality. The security team effectively filtered out guests that hid booze and drugs beneath their clothes. Trouble still managed to catch up in the kitchen as Diego was working inebriated and spewing profanity towards Chino and McCargo. Bouknight fired him on the spot after the drunken staff spewed a couple of nasty things towards his own boss. Even when working solo Chino still handled the kitchen and the orders without much problem.

Taffer’s rescue not only saved The Kasbah, it also reignited Bouknight’s passion in managing the business.

The Kasbah Now in 2018 – The After Bar Rescue Update

Two months later The Kasbah was consistently in full capacity every weekend with zero security incidents.

The Kasbah is still open with an impressive amount of five-star reviews on their Facebook page which you can visit by clicking here. People praised virtually everything about the bar with barely any one to two star reviews since the past year. Their Yelp page however only has few reviews.

The bar offers a good entertainment lineup for a straight week which includes karaoke night, live music, hip-hop and R&B DJs, spoken word poetry, and lip sync battles. Some of their events have special offers for birthdays or if you’re wearing a specific color of clothing.

During the first week of February The Kasbah was visited by a spokesperson coming from Hennessy and commended the bar for having the most number of sales of the liquor in Colorado.