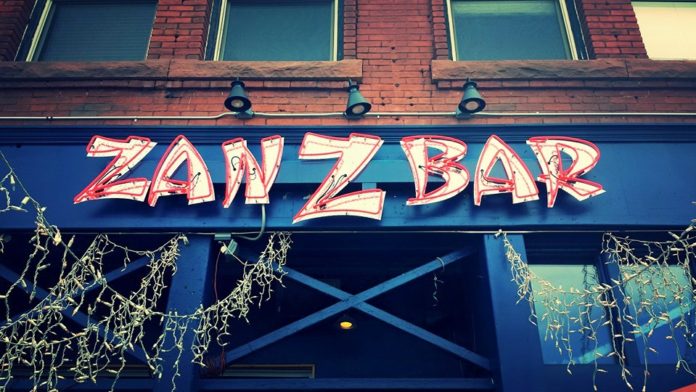 After many years in the Israeli army Ami Benari decided to hang up his combat boots and opened the billiard bar Zanzbar in Denver, Colorado, in 2009. During its early years Zanzbar was among the first few bars of its kind in the area which ensured a steady flock of customers and a good flow of income into Benari’s coffers.

Two years later Benari was involved in a near-fatal car accident and was unable to personally supervise the bar while he recovered. His employees ran Zanzbar to the ground with bad service which led to negative figures in Benari’s income. Around 2013 Benari returned, replaced his old employees, and in a desperate attempt to attract clientele relied on tactics that only brought his bar’s tarnished reputation further down. Due to Benari’s frustrations his new employees got the short end of the stick and were often mistreated by their boss.

Neck deep in debt with barely any patron coming into the bar, Benari finally decided to call for Jon Taffer and Bar Rescue for help.

Taffer observed the bar from the outside along with his experts namely chef Brian Duffy and Diageo bartender Jenny Costa, and the trio immediately observed that Zanzbar was barely noticed by people. Benari stood by the doorway of his bar and desperately called for clientele by offering things like free beer and free dates. For the recon Taffer sent college graduates Nick and Camio into the bar to get a customer’s perspective on things.

Not only the two weren’t given any attention by the bartenders, they were also pestered by a drunken patron who made Camio uncomfortable. One of the bartenders even gave the inebriated man more booze even though he was clearly hammered, and the drink served to the pair had too much alcohol. Their food order was delivered by the kitchen staff that touched other patrons and sneezed on the gloves he wore. Benari stepped into the scene and gave away free champagne shots that cost him six entire bottles.

Taffer entered Zanzbar and found two incredibly-drunk patrons, a sight that roused the Bar Rescue host’s temper. He then talked to the kitchen staff with the dirty gloves named Dave and an infuriated Benari had the man clean up the area and dispose of virtually everything that was contaminated. Taffer returned the following morning and saw the kitchen in a better shape than before, thus saving Dave from being axed by Benari.

In the staff meeting Benari locked horns with Sara, the bar manager by name as she was not granted authority by the owner. Benari also disliked listening to his team and strictly followed a “my way or the highway” principle. Taffer showed the staff footage of Benari shouting outside the bar, offering “free sex” to patrons and the owner explained that he was desperate and that it was a good gimmick.   Zanzbar’s Bevintel report revealed an excessive amount of overpouring during the weekend, and Benari was quick to unleash his wrath upon the female bartenders. When Taffer pointed out his free champagne act Benari stormed into the kitchen and let off some steam by throwing plates to the wall.  Sara said that she already told Benari about the problem a month ago and could’ve been fixed had he actually listened to her.

Afterwards Costa trained the bartenders with efficient pouring techniques to prevent unnecessary wasting of alcohol and even had them blindfolded to better sharpen their control especially when multitasking. Duffy tested Dave with his three signature meals but he moved at a snail’s pace due to the lack of culinary experience, but the dishes he made actually tasted good. That night Zanzbar was opened for a stress test and the sudden wave of customers overwhelmed the bar area. The pressured bartenders overpoured and moved clumsily behind the counter. In the kitchen Benari added too much oil on the meat that was already prepared by Dave hence ruining most of the patties that were being cooked, and the lone kitchen personnel not only had to cook and the deliver the food but he also had to clean the glassware as well.  Benari’s way of helping out his employees was by performing magic tricks on the patrons. Taffer saw that the stress test was a failure and conceded by raising the white flag.

After the stress test Benari’s anger was aimed towards Taffer, claiming that the latter wasn’t helping as promised and that the test was just to humiliate the bar. Benari also blamed Duffy (calling him Mr. Fat Boy) for the failure in the kitchen. Taffer intervened and almost came to blows with the disrespectful Benari, and the host had no choice but to walk out with his experts as he was doubtful towards the rescuing of Zanzbar.

The next day Benari was still furious and refused to take the blame. Taffer returned with his experts and demanded an apology from Benari or the rescue is over. Benari said sorry to Duffy but refused to do the same to Taffer. Benari and Taffer met one on one and the bar owner talked about the vehicular accident that resulted to the downfall of Zanzbar. The pair finally saw eye to eye and the rescue commenced. Duffy introduced a menu with dishes that were quick and easy to make, and most of these new items can be prepared in advance so customers won’t have to wait for too long. At the bar area Costa brought up premium vodka-based cocktails with billiard-themed names such as The Break and The Hustler. During the meeting before the renovation the staff was taken by surprise when Benari agreed to Sara’s opinion which, according to her, was a first.

Zanzbar was renamed to Solids & Stripes with the unique brand “Badass Billiards”. The exterior was splashed in dark blue and the bar’s name set atop an American flag. The counter area and the billiard tables were equipped with colorful lights underneath for an energetic ambiance. A couple of tables were placed around the billiard area so players can drink while playing. Four Future POS terminals were installed around the bar to ensure that there will no longer be problems in taking orders and making transactions.

Taffer left the bar rescued and Benari a changed man.

Zanzbar Now in 2018 – The After Bar Rescue Update

Solids & Stripes didn’t stay too long and the Zanzbar name made a comeback because of public demand, although the two signs were hung outside the bar. Online the bar is known as Zanzibar Billiards Bar & Grill.

Bar Rescue revisited Zanzbar in 2015 and the place was doing well. Benari was actively helping out the employees and being more hands-on with the guests. He also expanded the game area to include more tables like foosball and shuffleboard, plus arcade machines. Taffer wasn’t very receptive towards Benari’s decision of reusing the Zanzbar name because a bar with two names can confuse patrons, not to mention being a conflict with the décor and its negative reputation.