What Happened to Sugar Ray – 2018 Update 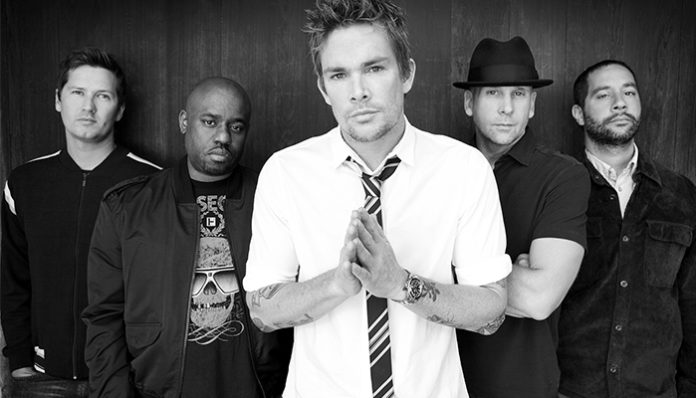 Sugar Ray is a California-based rock band that first rose to international fame with the release of their 1997 hit, Fly. Founded in 1992, the group’s original lineup consisted of Rodney Sheppard, Stan Frazier, and Murphy Karges; at the time, they were known as the Shrinky Dinksーa funky metal band. Eventually, after recruiting a couple of new membersーMark McGath and Craig Bullock, they changed their name to Shrinky Dinx. Due to an impeding lawsuit from the maker of the Shrinky Dinks toy however, they were later forced to once again change their name in 1993; they settled for Sugar Ray. After several shows in and around the Los Angeles area, the group created a music video to one of their original songs, with the help of a friend in 1994. Incredibly successful, the MV eventually wound up landing them a recording deal with Atlantic Records later that year. In the spring of 1995, the band released their debut studio album entitled, Lemonade and Brownies.

While its commercial performance left something to be desired, the album marked the start of Sugar Ray’s career in the music realm. Two years after their debut effort, they released their second full-length album, Floored (1997)ーalso under Atlantic Records. Considerably more successful than their first, it charted at number twelve on the US Billboard 200 and attained Double platinum certification as of February 1998. Since then, the band have released four more studio albumsーtwo of which went on to receive RIAA accreditation, one compilation album, and nineteen singles. A few of their most memorable jams include: Fly, Someday, and When It’s Over. In 1999, they received an MTV Video Music Award nomination for Every Morning. Throughout their years together, they’ve also embarked on a number of tours; for instance, they toured in support of their album, 14:59 in 1999 and once again in 2007, where they headlined the first international music festival held in Singapore.

Inevitably, Sugar Ray has seen a number of changes in its lineup over the years. Currently, the band consists of Rodney Sheppard, Dean Butterworth, Kristian Attard and Mark McGrath; a few of their past members include DJ Homicide, Nic Edwards, Jesse Bivona, Justin Bivona, and Serge Dmitrijevic. One of the hottest rock bands of the late 90’s and early 2000’s, their music has been featured in several TV series and films including Beavis and Butt-Head (1995), Fathers’ Day (1997), Roswell (1999), I’m With Her (2003), American Dad! (2008), and One Hit Wonderland (2015), to name a few. In 2001, they even dabbled in acting, having appeared as themselves in the comedy drama, The Drew Carey Show.

So what has the alternative rock band been up to since then? Are they still planning on releasing new material now that it’s 2017? What projects do they have up their sleeves for fans? What happened to Sugar Ray? Where are they now?

History of Sugar Ray and Formation of the Band 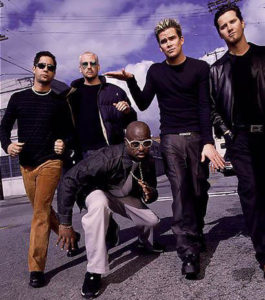 Sugar Ray was formed in Orange County, a suburban neighbourhood to the south of Los Angeles in 1992 by bassist Murphy Karges, drummer Stan Frazier and guitarist Rodney Sheppardーall of them have been playing together in a heavy metal cover band since the late 80’s. At the time, the group was known as Shrinky Dinks; instead of being an alternative rock bandーwhich is what they are todayーthey started out as a funk metal band.

Eventually, they invited their friend Mark McGath to be their lead vocalist after he jumped up on-stage to perform with them one night during a show. Before long, they were writing and recording their own original material. Not long after changing their name to Shrinky Dinx, the group soon found themselves having to change it once again upon threat of a lawsuit from the creators of the Shrinky Dinks toy; they decided on Sugar Ray.

Over the next couple of years, Sugar Ray took to the stage in and around Los Angeles and San Diego area, regularly entertaining audiences with their spectacular beatsーit didn’t take long for them to garner a sizeable fan-base in the region. One fateful day, a friend of the band offered to help finance a music video for one of their original songs. Quickly proving itself to be a hit, it eventually landed Sugar Ray a recording deal with Atlantic Recordsーa label that had been impressed by their visual presence. Around that time, they also recruited the help of DJ Homicide, who after augmenting a number of their live shows, was welcomed into the band as an official member. 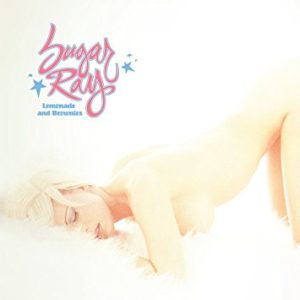 On April 4, 1995, the American rock band released their debut studio album, Lemonades and Brownies. Under an hour in duration, its production was handled by DJ Lethal and Joseph McGinty Nicholーthe latter of whom was a close friend of the group’s director. Their first professional effort together, the album boasted fifteen funk metal and rap metal jams; a few numbers from the track listing include The Greatest, Danzig Needs a Hug, Dance Party USA, 10 Seconds Down, Hold Your Eyes, and Rhyme Stealer. In Japan, a special edition was released that contained four additional bonus tracksーWasted, Dr. J, Wango Tango, and White Minority.

Unfortunately, Lemonades and Brownies did not perform as well as intended. Not only did it not chart, but it was a financial failure for the label. Critics who listened to the album gave mostly negative reviews; for instance, Stephen Thomas Erlewine writing for AllMusic described it as “nothing particular distinctive”. In spite of its lack of success, Sugar Ray remained on the label.

Continuing with their music despite the disappointing performance of their debut effort, they later released Floored on June 24, 1997. Their second full-length album together, it quickly proved to be a vast improvement compared to their preceding work. Produced by David Kahne, its collection of songs incorporated a mix of rap, punk rock, reggae, metal and funk. Their last “heavy” album, it contained thirteen tracks, all of which were written by Sugar Ray; a few memorable titles include Speed Home California, High Anxiety, American Pig, Right Direction, Anyone, and Fly (feat. Super Cat).

Their first album to reach the charts, Floored was nothing short of successful. Two months after it was originally released, it had reached number twelve on the Billboard 200. Internationally, it also charted in Canada, New Zealand Sweden. Although some noted the band’s inconsistent song writing that was still apparent, the album received multiple praises from criticsーmost of which were directed towards the single, Fly. Memorable and catchy, it found its way to the top of three US Charts including the Billboard Hot 100, Top Alternative Songs, and Mainstream Top 40. As of 1998, Floored has sold over 2,000,000 copies in the United States, making it the band’s first album to receive Double Platinumーor any certification for that matterーfrom the RIAA. 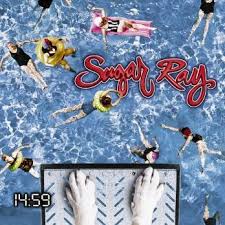 From there, their success as an alternative metal band only went upーon January 12, 1999, Sugar Ray released their best-selling album, 14:59. A step away from their preceding albums, it featured the group moving into a more mainstream pop-rock sound. Produced mostly by David Kahne, its track list consisted of thirteen of pop rock and alternative rock numbers, some of which were Ode To The Lonely Hearted, Burning Dog, Even Though, Personal Space Invader, and Abracadabraーthe last of which was a cover of Steve Miller Band’s 1982 classic hit. One of the songs, Glory was also eventually used in the motion picture, American Pie (1999).

Critically acclaimed, 14:59 peaked at number seventeen on the US Billboard 200. Supported by three singles, the album garnered countless positive reviews from critics such as those writing for the Rolling Stone, Los Angeles Times and All Music. Praised for the diversity of its contents, it remains to be their most successful album to this day. Outside of the United States, 14:59 was also met with success in Australia, Austria, Canada, Sweden, and New Zealand. A little over a year after its release, it was certified three times Platinum by the RIAA in the US.

A year after Y2K, Sugar Ray released their next self-titled album, Sugar Ray on June 12, 2001. Produced by Ralph Sall, Don Gilmore and David Kahne, the last of whom they’ve worked with before, the pop rock album included twelve songsーa few stand outs include Answer the Phone, Under the Sun, Nothing, Stay On (feat. Nick Hexum), Just a Little, and Disasterpiece. Two of its tracks, Words to Me and Sorry Now were also eventually featured in the films Scooby-Doo (2002), and Scary Movie 2 (2001), respectively.

Reception wise, Sugar Ray was mostly met with positive reviews. For instance, Entertainment Weekly gave it a score of B- while Allmusic presented it with four stars, praising it for its improved consistency. Like most albums however, it did garner its fair share of mixed ratings from other individuals and critics. On the US Billboard 200, the album peaked nicely at number sixーthe highest that any of their albums have ever reached on the chart. As with their previous releases, it was also well received overseas in countries such as Switzerland, France, Germany, Australia, and Austria. Eventually spawning four singles, Sugar Ray has since sold over a million copies worldwide; in the United States, the album has attained Gold-status. 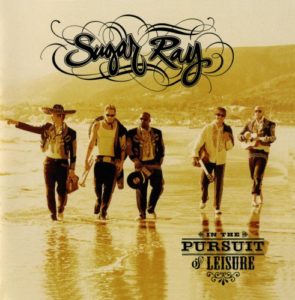 From that point onwards however, their popularity began to dwindle. In the summer of 2003, they released their fifth studio album, In the Pursuit of Leisure. Compared to the success of their previous RIAA-certified albums, it was a commercial failure. After hitting stores that June, it only managed to sell 135,000 copies. Although it managed to climb to number twenty nine on the US Billboard 200, it did not chart in any other countries. Still, it received moderately positive reviews from critics and spawned a number twenty hit, Mr. Bartender (It’s So Easy).

Following that, it wasn’t until six years later that Sugar Ray put forth a new album entitled, Music for Cougars. Their first record with Pulse Recordings, it also ended up being a flopーperhaps even more s than In the Pursuit of Leisure. While it did chart in the United States, it only reached number eighty on the Billboard 200.

Just a few days ago, it was announced that the California-based rock band will be headlong this summer’s Oswego PrairieFest, which is scheduled to take place at the Oswegoland Park District on June 17, 2017. Not only will the event feature stunning music, but visitors will also have the opportunity to visit the Cincinnati Circus, which will also be present at the park.

But that’s not allーSugar Ray will also be headlining Texas’s largest Mardi Gras celebration, Mardi Gras! Galveston 2017 this upcoming February. Joining the band up on stage will be country singer, Stoney LaRue. If that’s something that you’d be interested in, tickets are still available for purchase via the event’s official website.

If you’d like to stay connected to and on top of the news regarding the band, you can do so by following Sugar Ray on social mediaーyou can find them on Twitter at @sugarrayband. Alternatively, you can also follow them on their official Facebook page at @OfficialSugerRay.