What Happened to T.I. – What The Rubberband Man Is Doing Now 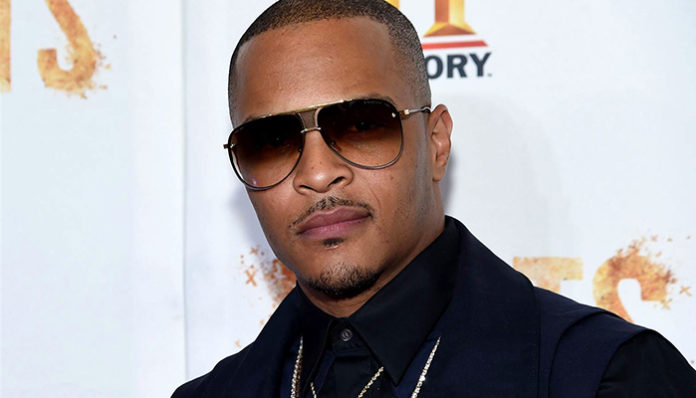 American rapper T.I. first made himself known to the world with the release of his debut album, I’m Serious in 2001. Raised in Atlanta, he started to rap at the age of eight. Despite having had a few of brush-ins with the law during his teen years, he eventually focused his attention on music. When he was sixteen, he became acquainted with a local rapper named Big Kuntry King, with whom he later sold mix tapes with out of the trunk of their vehicle. It was during that period that T.I. was signed to Ghet-O-Vision Entertainment, after being discovered by one of their record executives. Soon afterward, he signed with Arista Records, having adopted his current stage name. Many hours spent at the studio later, the rapper released his debut album entitled, I’m Serious in the fall of 2001. That same year, he also formed a hip hop group called P$C with a few of his friends; they released their first and only studio album in 2005.

Following a label change, T.I. dropped his second full-length album, Trap Muzik in the summer of 2003. Much more successful than his debut, it soon became the first Platinum-certified album of his career. The next year, he released another smash hit entitled, Urban Legend, which proved itself to be a chart topper in the United States. Since then, the Georgia-native has a total of nine studio albums, five extended plays, twelve mix tapes and well over a hundred singles! To date, his best-selling albums are that of King (2006) and Paper Trail (2008), both of which have sold more than 2,000,000 copies in the country. In terms of his singles, some of his most popular hits include: Whatever You Like, Live Your Life (feat. Rihanna), Dead and Gone (feat. Timberlake), Top Back, and Big Shit Poppin’ (Do It). On top of that, he’s also collaborated with dozens of different artists over the years including Destiny’s Child, Bone Crusher, 2Pac, Mariah Carey, Luracris, the list goes on.

Aside from his musical ventures, T.I. has also made a successful acting career for himself. In 2006, he made his film debut in the crime comedy, ATL where he starred alongside Evan Ross, and Lauren London. From there, he went on to appear in American Gangster (2007), before appearing on the small screen for the first time in the series, Entourage (2008). In 2012, he was cast as a recurring character in the crime drama, Boss. A couple of years later, he once again played a supporting role in the Golden Globe Award-winning drama, House of Lies (2014). Some of the other projects that he’s been involved in include: Get Hard (2015), Single Ladies (2014), Ant-Man (2015), Ride Along 2 (2016), and Roots (2016).

So what has the hip hop artist been up to since then? What has he been busy with recently? Will he be releasing any new albums or singles this year? What happened to T.I.? Where is he now in 2018? 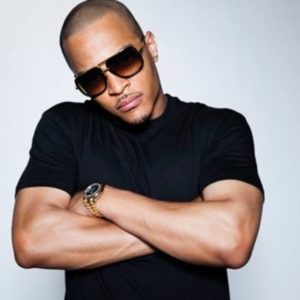 Born on September 25, 1980, in Atlanta, Georgia, T.I. (Birth Name: Clifford Joseph Harris Jr.) is the son of Violeta Morgan and Clifford Harris. As a child, he was raised mostly by his grandparents, whom he lived with in Atlanta’s Center Hill neighbourhood; T.I. often visited his father in New York City during the summer.

At the age of eight, he first discovered his love for rapping. As a student, he went to Douglass High School around the Collier Heights area however ultimately dropped out after a couple of years. Getting himself into trouble as a teen, he started dealing drugs and was arrested a number of times during his adolescent years. Despite the brush-ins with the law that he’d experienced, he was eventually able to turn his life around, after focusing his attention on music.

At the age of sixteen, he befriended Big Kuntry Kingーa local rapper. Together, the two soon began starting mix tapes which they’d recorded, out of the trunks of their vehicles. As it happened, one of their tapes eventually reached Kawan Pratherーa record executive of Ghet-O-Vision. Impressed by his work, he then signed T.I. onto his record label. A few years later, the rapper adopted his current stage nameーwhich had been shortened from Tip, out of respect for Q-Tip, a fellow label-mateーand signed on with Arista Records. Much time spent at the recording studio later, he released his debut album entitled, I’m Serious in the fall of 2001.

T.I.’s Career as a Recording Artist 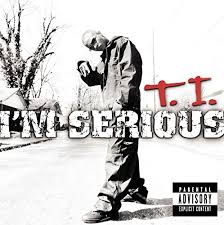 With the label, he released his first album, I’m Serious on October 9, 2001. Co-produced by T.I. himself, it saw the efforts of DJ Tomp, The Neptunes, Jazze Pha, Lil Jon, Craig Love and Maseo. Considered a southern hip hop and trap album, it boasted eighteen tracksーa number of which featured guest appearances from Mac Boney, Beenie Man, Pharrell, Too $hort, and Jazze Pha. Some of said titles include: You Ain’t Hard, I’m Serious, What’s Yo Name Chooz U, and Hotel.

Despite the all-star team behind its production, the album debuted at number 98 on the Billboard 200. Later on, it also peaked at number twenty seven on the Top R&B/Hip Hop Albums Chart. Upon its release however, I’m Serious received mostly mixed reviews; while some lauded his rhymes, others felt that many of his tracks sounded too similar to one another. Although it spawned a single, I’m Serious, the album only ended up selling approximately 268,000 copies within the United Statesーmaking it TI’s lowest selling Album.

Moving onto work with Atlantic Records, the rapper released his second full-length album, Trap Muzik on August 19, 2003. Around that time, he also launched Grand Hustle Records with Jason Geter, a long-time business partner and friend. Produced by DJ Toomp, Benny Tillman, Carlos Thornton, Kanye West, and a few others, it contained sixteen tracks including No More Talk, Doin’ My Job, Let Me Tell You Something, I Still Luv You, Look What I Got, and Be Better Than Me. The album also featured three guest appearances from 8Ball, Jazze Pha and Mac Boney.

Significantly more successful than his debut album, it debuted on the Billboard 200 at number four and sold 109,000 units in the first weekーa huge improvement compared to just a couple of years ago. Not long afterwards, it also managed to peak at number two on the Top R&B and Hip Hop Albums Chart. Critically acclaimed, it garnered numerous positive reviews from publications such as Vibe Magazine, Entertainment Weekly and Rolling Stoneーwith most contemporary critics agreed that it was a vast improvement over his first album. Trap Muzik eventually spawned four singles: Let’s Get Away, Rubber Band Man, Be Easy, and 24’s and has since sold over 1.7 million copies domestically. As of June 2007, it has attained Platinum status in the United States. 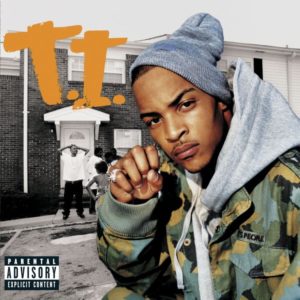 The next year, T.I. dropped his third studio album, Urban Legend. Preceded by the lead single, Bring Em Out, it featured collaboration provided by several long-time collaborating partners such as Lil Jon, DJ Toomp, The Neptunes, David Banner, amongst a few others. Recorded in his native Atlanta, Georgia, the disc consisted of seventeen songs including Get Loose, The Greatest, Get Ya Sh*t Together, Freak Through and What They Doーall of which featured guest artists in its vocals.

In terms of commercial performance, it opened at number seven on the US billboard; by the end of the first week, the album had sold over 193,000 units. A success, it later went on to peak at number one on both the Top Rap Albums and the Top R&B/Hip Hop Albums Chart; overseas, it also charted in Japan at number thirty nine. In spite of that however, reactions to Urban Legend were generally divided; while some noted that he’d made little progress since his earlier works, others were impressed by his confidence and flow. Nonetheless, the album have since sold over a million copies domestically, making it T.I.’s second Platinum-certified album. It eventually spawned three singlesーASAP, U Don’t Know Me, and Bring Em Out.

Before long, T.I. released his fourth studio album, Kingーwhich remains to be one of his most-successful records to this day. Made available on March 28, 2006, it was recorded in a year and a half, according to the star himself. Featuring the production of Jason Geter, Just Blaze, Mannie Fresh, and Travis Barker, the hip hop album showcased eighteen numbers; several of which were co-written by T.I. Some of the tracks from the disc include: Stand Up Guy, You Know Who, I’m Straight/Pimp C (Skit), Live in the Sky, I’m Talking to You, and Told You So.

A big break for the rapper, the album debuted at number one on the US Billboard 200ーmaking his first record to achieve such a feat. With a little promotional help from his debut film, ATL at the time, King went on to sell more than 522,000 units in the first week. Overwhelmed with stellar ratings, it eventually went on to peak at number one on the US Top Rap Albums and the Top R&B/Hip Hop Albums Charts. Internationally, it also saw success in Switzerland, Japan, Canada, France and Ireland. A breakthrough for T.I., the album was later nominated for three Grammy awards for “Best Rap Album”, “Best Rap Song” and “Best Rap Solo Performance”ーone of which eventually led to a win. Hailed as one of the “Best Albums of 2006” by The New York Times, it has since been certified Double Platinum by the RIAA. 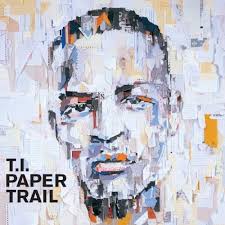 T.I.’s next smash hit came in 2008 with the release of his sixth full-length album, Paper Trail. Even more successful than King, it sold over 568,000 copies in the US after debuting at number one in the first week. The fourth highest debut of the year, the album contained sixteen tracks; unlike his earlier works, all of the lyrics were written down on paper by T.I.ーsomething which he hadn’t done since 2001. Raved upon by fans, Paper Trail went on to spawn eight singles including Whatever You Like, Swing Ya Rag, No Matter What, Swagga Like Us, and Live Your Life. His biggest hit to date, over 2.1 million copies of the album have since been sold.

Since the beginning of this month, the 36-year-old rapper has been on the road for his Us or Else Canadian Concert Tour. Originally announced back in November of 2016, the event kicked off at the Commodore Ballroom in Vancouver, BC and has since brought T.I. to Victoria, Saskatoon, Winnipeg, Quebec City and Nova Scotia. After many performances, the tour will be ending at the Halifax Exhibition Centre on January 31, 2017.

While his trek across Canada may be over, it looks like he still has a couple of shows plannedーaccording to his official website, T.I. will be making a special performance at the Drais Rooftop Nightclub in Las Vegas, Nevada on February 25, 2017 and another at the Columbus Civic Center in Columbus, Georgia on March 24, 2017.

If you’d like to stay up-to-date with the rap star, you can you so by following T.I. on social mediaー you can find him on Twitter at @Tip or on Instagram at @troubleman31.