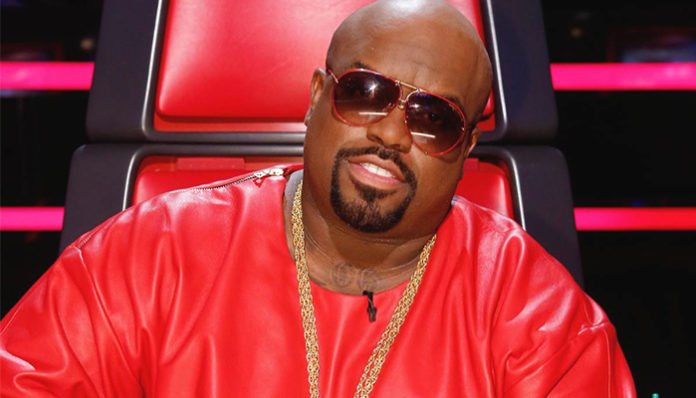 American singer Cee-Lo Green first rose to prominence in the 90’s as a member of the R&B group, Goodie Mob. The son of two ministers, he began his music career as part of the church choir. From there, he joined the Atlanta-based hip hop collective, Goodie Mob. Their debut album entitled, Soul Food was released in 1995; it was later followed by a second, Still Standing in 1998, which was met with much praise. Just as they were beginning to take off however, something terribly tragic happened in Green’s lifeーhis mother passed away after getting involved in a car accident. Depressed and in-grieving, the musician started to express his feelings in his music. Instead of continuing to record and perform with the group however, he decided to embark on a solo music career, having secured a recording contract with Arista Records. In the spring of 2002, Green released his first solo album, Cee-Lo Green and His Perfect Imperfections. Despite the relatively positive reviews that it garnered, it did not sell as many copies as he’d hoped.

Four years later, Green dropped his second studio album, Cee-Lo Green…Is the Soul Machine; however it ultimately performed comparably to his first effort. Dropped from the Arista label due to low sales, the soul singer eventually signed with Elektra Records in the late 2000’s. In 2010, his third full-length album, The Lady Killer was released. Considerably more successful than his preceding endeavours, it is recognized by most to be his breakthrough album. In total, Green has released a total of five studio albums, one compilation album, twenty five music videos and thirty nine singles, since his first debut. A couple of his most popular hits include Fuck You, and Bright Lights Bigger Cityーthe first of which was eventually certified Platinum seven times by the RIAA. In terms of collaboration work, he has also recorded with artists such as Trick Daddy, Field Mob, Kelis, Nas, Asher, Roth, and 40 Glocc.

Like many individuals who’ve started their careers out in music, Green has also branched out into acting. In 1999, he made his motion picture debut in the action comedy, Mystery Man where he played the role of a rapper. A few years later, he lent his voice to a character in the animated series, The Brak Show (2002). Continuing on with his voice-over work, he’s also been involved with Robot Chicken (2007), Class of 3000 (2007), The Boondocks (2008), and Freaknik: The Musical (2010). In 2014, he was given his own reality-based TV show called Ceelo Green’s the Good Life, which aired on TBS.

So what has the 42-year-old soul singer been busy with as of late? What new projects does he have coming up? Has he recorded any new music? What happened to Cee-Lo Green? Where is he now in 2018? 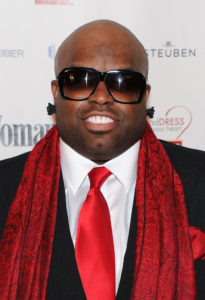 Born on May 30, 1974 in Atlanta, Georgia, Cee-Lo Green is the son of two ministers. When he was just two years old, his father diedーleaving him with his mother, Sheila J. Tyler-Callaway. Growing up, he spent much time at the church; in fact, he began his music career as a part of the church choir.

As a teen, he went to Riverside Military Academy, an all-male boarding school located in Gainesville, Georgia. In the early 90’s, Green and a few friends founded a hip hop group called Goodie Mob, him being the youngest member. Just as they were beginning to take off however, something tragic hit Green at homeーhis mother passed away after being paralyzed for two years following a car accident. Depressed, he began expressing his sorrow and feelings in his music.

After signing with LaFace Records, Green and his hip hop group released a critically acclaimed debut album entitled, Soul Food in 1995ーwhich was dedicated to his late mother. Revolving around issues such as discrimination and racism, it gave rise to a number one single, Cell Therapy. A few years later, Goodie Mob dropped their second full-length album, Still Standing (1998), which proved to almost be as successful as their first. During that period, the collective also made a cameo appearance in the movie, Mystery Men (1998). Not long afterward, the soul singer left the hip hop group to pursue a solo music career; his decision to do so partially influenced by the fact that he was feeling increasing pressure from the rising popularity of Dungeon Family as a whole. 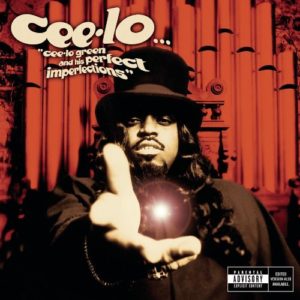 Following his departure from the group, Green was successful at securing a recording contract with Arista Records. With the label, the soul musician released his debut studio album entitled, Cee-Lo Green and His Perfect Imperfections on April 23, 2002. Recorded at the Cock of the Walk Studio, its contents were notably hip hop/hip hop soul in nature.

In addition to being co-produced by Green himself, the album also featured production from Gaelle Addison and Eric Stamile. A little over an hour in length, it boasted twenty one tracks including Young Man (Sierra’s Song), Spend the Night in Your Mind, Let Him Sing If He Wants To (Break), One For the Road, Live (Rive Now), and Close Encounter (Break). Out of them, a few also featured guest artists such as Big Gipp, John Popper and Jahalla.

A successful debut, it earned favourable reviews from a number of mainstream publications such as the Alternative Press, The Guardian, and Q Magazine. Having said that, other sources such as NME and Spin Magazine did give the album rather mediocre reviews.

On March 2, 2004, Green released his second album entitled, Cee-Lo Green…Is the Soul Machine. Enlisting the help of The Neptunes, Timbaland, Locksmif, DJ Premier, and Jazze Pha for its production, the neo soul album contained eighteen songs; a few of the more memorable titles include: My Kind of People, I Am Selling Soul, All Day Love Affair, When We Were Friends, Let’s Stay Together, and What Don’t You Do? (Outro). Like his previous release, it also featured a number of guest artists such as Pharrell, Ludacris, T.I., Big Rube, and G-Rock.

Well received, Cee-Lo Green…Is the Soul Machine garnered positive reviews from both critics and fans alike; for instance, Mojo Magazine gave it a perfect five out of five star rating while The Guardian gave it a four star rating. Despite songs hitting the charts however, it only sold a little over 220,000 copies domestically. Due to low sales, Green was consequently dropped from the label. 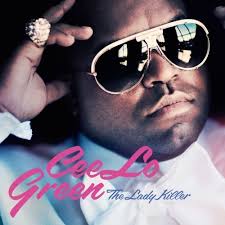 After signing with Elektra Records, Green released his third full-length album, The Lady Killer on November 9, 2010. His most successful album to date, its production was handled by The Smeezingtons, Salaam Remi, Jack Splash, Fraser T Smith, and Element. Some of the tracks included in the disc include: No One’s Gonna Love You, Satisfied, Love Gun, Wildflower, Bodies, Old Fashioned, and I Want You.

A massive hit, The Lady Killer entered the US Billboard 200 at number nine and sold approximately 41,000 units during its initial week. Given glowing ratings, the album received numerous praises for its flawless vocals and impeccable production; Andy Kellman from Allmusic also hailed it as “a thoroughly engrossing album”. Later nominated for a Grammy Award for the category of “Best Pop Vocal Album” at the 54th annual ceremony, it eventually peaked at number two on the R&B/Hip Hop Albums Chart. Met with comparable success internationally, The Lady Killer also charted respectively in Belgium, the UK, Scotland, Ireland, Canada and Australia. In Britain, the album has been certified 2x Platinum.

A couple of years later, the soul musician released his first holiday album entitled, Cee Lo’s Magical Moment. Produced by Peer Astrom and Adam Anders, it featured a variety of Christmas interpretations by Greenーmost of which were of classical seasonal songs. His first album not to be accompanied with a Parental Advisory label, it contained fourteen tracks. Amongst those featured in the album were Christina Aguilera, Straight No Chaser, and Disney’s The Muppets.

In the US, it opened at number sixty seven on the Billboard 200 and sold approximately 6000 copies during the first week. From there, the album eventually peaked at number twenty five; it later also managed to reach number six and number four on the Top Holiday Albums and Top R&B and Hip Hop Albums Charts respectively. Accompanied with a music video for the track, the album received generally positive reviews from critics; for instance, it was given a four star rating from Slant Magazine and AllMusic. As of 2015, Cee Lo’s Magical Moment has sold over 225,000 copies in the United States.

In the winter of 2015, Green released his fifth full-length album, Heart Blanche under Atlantic Records. Another neo soul record from the singer, it consisted of fifteen tracks some of which include: Race Against Time, Better Late Than Never, Smells Like Fire, Thorns, The Glory Games, Tonight, and Working Class Heroes (Work). Unlike his preceding albums, it did not feature any guest artists. Met with mixed reviews upon its release, Heart Blanche did not manage to chart in the United States, although it did find more success in the UK and Hungary, where it charted at number forty three and twelve respectively. Described as “listless and lacks passion” by critic Ryan B. Patrick writing for Exclaim! Magazine, it currently holds an aggregated score of 57/10 on Metacritic. 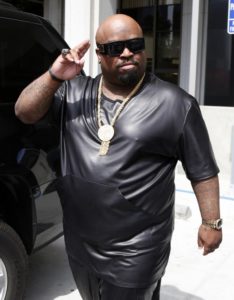 Most recently, Green collaborated with fellow American rapper, Tone Trump in the motivational song, Power. Featuring a powerful message, the number encourages black youth to aim and reach for the stars; whether it’s in a classroom setting or in the streets, the duo would like youngsters of today to seek out the truth for themselves. Aside from this song, it would appear that the pair has also had the opportunity to record other music material togetherーso don’t be too surprised if they end up announcing another project sometime this year!

Other than that, not too much is known about the soul musician’s plans for 2018. What we do know, is that he embarked on a concert tour last year and had also made a couple of guest appearances in Chief Keef’s Violence (Army) and Mac Miller’s We.

If you’d like to stay up-to-date and connected with the singer himself, you can do so by following Cee-Lo Green on social mediaー you can find him on Twitter at @CeeLoGreen.