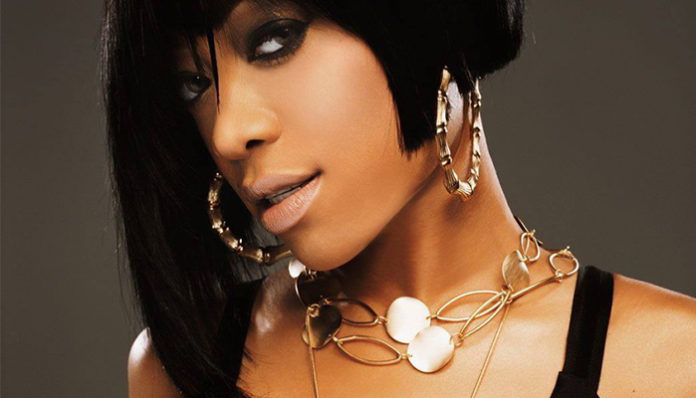 Kathrina Laverne Taylorーbetter known as Trina, first rose to fame in the late 90’s after being featured in Trick Daddy’s single, Nann Nigga. Prior to becoming a recording artist, she worked as a real estate agent in her native Miami. Despite her career however, she often found herself writing rap rhymes in her spare time. Although initially a hobby, her talents were eventually discovered by the aforementioned rapper, which led her to consequently break into the music scene. In 1998, Trick Daddy invited Trina to be part of his single, Nann Nigga, which proved to be a surprise hit; upon its release, it quickly reached number three on the Billboard Hot Rap Singles Chart. Following her successful industry debut and peak in popularity, Trina was offered a recording contract with Slip-N-Slide Records. After putting many hours in at the studio, the female artist released her debut album, Da Baddest Bitch on New Year’s Day in 2000ーwhich later went Gold in the United States.

A couple of years later, Trina came out with her second full-length album entitled, Diamond Princess. Although not as successful as her first, it managed to snag the fifth position on the Top R&B and Hip Hop Albums Chart. Since then, her discography has grown to include a total of five studio albums, seventeen music videos, eleven mix tapes and eleven singlesーthe majority of which ended up charting in the United States. Some of her most popular hits include: Here We Go, B R Right, Single Again, No Panties, Pull Over, and Told Y’all. Throughout the years, her work in the hip hop genre has garnered her many awards including a Soul Train Music Award (e.g. Best R&B/Soul or Rap Music Video), a Source Award (e.g. Remix of the Year), an ACE Award (e.g. Power of Influence), two ASCAP Awards (e.g. Award Winning R&B/Hip Hop Songs), among a few others.

While mostly known as an R&B artist, Trina has also acted on-and-off as an actress over the past years. In 2003, the dark-skinned beauty made her big screen debut in the comedy flick, A Miami Tail (2003) where she played alongside Tony Reddick and Neferteri Shepherd. A couple of years later, she appeared on a television series for the first time in an episode of the sitcom, With Friends Like These (2005). Some of the other TV shows which she’s guest starred in include: The Cookout 2 (2011), Stripper Bod, Model Face (2013), and Tiny Tonight (2013). On top of that, Trina has also been involved with several reality series such as Walter Latham’s Comedy After Dark (2013), RapFix Live (2014), RuPaul’s Drag Race (2014), and K.Michelle: My Life (2016).

So what has the Miami-native been up to as of late? Has she come out with any new music albums recently? Does she have any projects up her sleeve for this coming year? What happened to Trina? Where is she now in 2018? 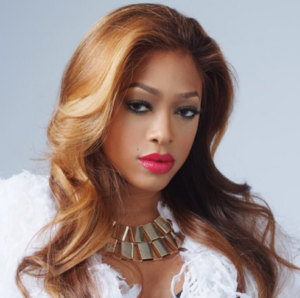 Born on December 3, 1978 in Miami, Florida, Trina (Birth Name: Katrina Laverne Taylor) is of African-American descent on her mother’s side and of Dominican descent on her father’s side. Growing up between Pembroke Isle and Liberty City, she went to Miami Northwestern Senior High School where she was a popular student; in her graduating year, she was voted as “Best Dressed” by her peers. During her teen years, Trina often dropped by her mother’s beauty salon, where she was frequently greeted with gossip and advice about men. Extremely close to her, she has described her mother to be her symbol of strength. At the age of seventeen, she started a relationship with Hollywood, the brother of American rapper, Trick Daddy. Tragically, the former was murdered in his vehicle in 1994.

In order to financially support herself, Trina worked a number of jobs; she picked up night shifts as a telemarketer and also worked briefly as an exotic dancer in a local Florida club. With the money that she earned, she eventually put herself through real estate school. Following the completion of her classes, she began working as a real estate agent in her native Miami. Despite the career path that she’d chosen, Trina had always had an interest in writing rap rhymes as it was something that she often did in her spare time. Several years later, her talents in the area were finally discovered by her late boyfriend’s brother, Trick Daddyーwho happened to have been looking for a female rapper for one of the songs that he was working on at the time. Giving her an opportunity to showcase her rapping, Trina was later featured in the song, Nann Niggaーwhich went on to become a surprise hit in 1998.

Following her first taste of success, Trinaーwhose popularity was readily increasingーwas offered a recording deal with Slip-n-Slide Records in 1999. From there, she started to work on her debut studio album.

Trina’s Career as a Recording Artist 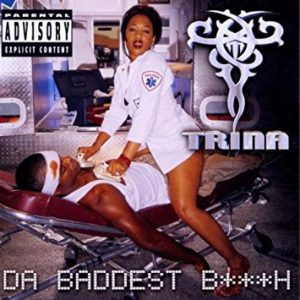 On March 21, 2000, Trina released her first full-length album entitled, Da Biggest Bitch through Slip-N-Slide and Atlantic Records. Accompanied by a parental advisory label, its production was handled by a team of musicians including Solomon Hepburn, Derrick baker, Dwayne Webb, Gorilla Tek, and a few others. Featuring a number of guest artists including Twista, Lois Lane, J-Shin, Pamela Long, The Lost Tribe, and Deuce Poppi, the album contained eighteen tracksーall of which fell into the category of dirty and southern rap. A few titles from Da Biggest Bitch include: Off the Chain Wit It, Answering Machine Skit, I Don’t Need You, If U Wit Me, The Big Lick, and Ball Wit Me.

Moderately successful, the album entered the Billboard 200 at number thirty-three and eventually made it to number eleven on the US R&B Albums Chart. Critical reception-wise, it received mostly favourable reviews from contemporary critics upon hitting store shelves. For example, Entertainment Weekly praised the album for its “Miami-bass beats” and gave the album a score of A-. Likewise, Vibe Magazine and Spins Magazine also gave it favourable ratings. A few months after its release, Da Baddest Bitch was certified Gold by the RIAA, having exceeded over 500,000 copies in sales.

Trina’s second studio album, Diamond Princess was released a couple of years later on August 27, 2002. Recorded between two years, she had greater creative control over its contents compared to her previous album. Produced by Just Blaze, Missy Elliot, Kanye West, Solomon Hepburn, Jim Jonsin and Ted Lucas, it was preceded by its lead single, Told Ya’ll (Feat. Rick Ross), which was released back in 2001. The hip hop album boasted a collection of seventeen tracks, some of which included Do You Want Me?, Get This Money, Nasty Bitch, I Wanna Holla, How We Do, and Rewind That Back.

On the day of its release, Diamond Princess debuted at number five on the Top R&B Albums Chart and at number fourteen on the US Billboard 200ーwhich was an improvement over her earlier album. By the end of the first week, it had sold approximately 67,000 copies in the United States. Praised by critics, it received many favourable reviews from sources such as Rhapsody and Allmusic. Supported by two singlesーB R Right and No Panties, it eventually reached number 96 on the Billboard Top R&B Year End Chart. According to Billboard, over 501,000 copies of Diamond Princess have been sold as of 2007 in the US. 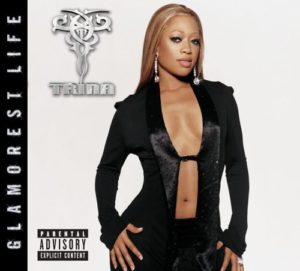 On October 4, 2005, Trina came out with her third full-length album, Glamorest Life. Her shortest album at the time, it came with thirteen numbers, some of which were Here We Go, Throw It Back, It’s Your B-Day, I Gotta, Da Club, and Lil Mama. Much like her preceding efforts, it also featured a number of guest artists such as Dre, Trey Songz, Jazze Pha, Mannie Fresh, Kelly Rowland and Lil Scrappy, among others. Recorded between 2004 and 2005, Glamorest Life was produced by Cool & Dre, Jim Jonsin, Mannie Fresh, Usual Suspects and Signature.

On the day of its debut, it entered the Billboard 200 and sold approximately 77,000 copies within the initial week. Eventually, the album also managed to peak at number two on the Top Rap Albums Chart and the Top R&B and Hip Hop Albums Chart in the United States. According to reports, over 400,000 copies of Glamorest Life have since been sold. Supported by three singlesーDa Club, Don’t Trip, and Here We Go, it garnered mostly mixed reviews from critics; for instance, Allmusic gave it a two and a half star rating while RapReviews gave it a score of 7.5/10. The album would also be her last with Atlantic Records.

Three years later, Trina’s fourth studio album, Still Da Baddest hit the stores on April 1, 2008. Her first release with EMI and DP Entertainment, it was produced in part by Hard Hat Productions, which consisted of Jay Roc & Big Tom. Described as an experimental album, it featured various vocal additions and techno-production in a couple of mid-tempo tracks, which was a step away from her usual pattern. Among its twelve-song track list were Wish I Never Met You (Feat. Shonie), Stop Traffic (Feat. Pitbull), Hot Commodity (Feat. Rick Ross), Look Back At Me (Feat. Killer Mike), and I Got a Thang For You (Feat. Keyshia Cole).

Trina’s first top ten album, Still Da Baddest entered the Billboard 200 at number six, selling 47,000 copies in the first week. Not long afterward, it also managed to peak at number one on the Top Rap Albums Chart and the Top R&B and Hip Hop Albums Chart. To date, over 400,000 copies of the album have been sold across the country.

Following that, the female rap artist released her fifth full-length album, Amazin’ on May 4, 2010. Originally announced on Trina’s official Myspace, it contained fifteen hip hop tracks, most of which were collaborations with other artists such as Nicki Minaj, Monica, Flo Rida, Kalenna Harper, and Keri Hilson. Some highlights from the album include the songs Let Dem Hoes Fight, Showing Out, By Myself, White Girl, Dang a Lang, I Want it All, and On Da Hush. After debuting at number thirteen on the Billboard 200 Chart, it also peaked at number one on the Independent Albums Chart, at number two on the US Top Rap Albums Chart, and at number four on the Top R&B and Hip Hop Albums Chart. Amazin’ eventually went on to spawn four singles, three of which charted in the US. 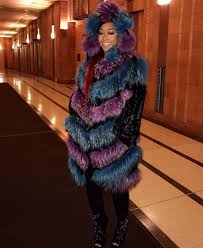 Fans have a reason to be excited this yearーTrina will be dropping her sixth studio album this upcoming April. While its upcoming release is no secret, the album’s title has not yet been revealed; in fact, the rapper has stated that she’d like her fans to name the project for her. Sworn to be a great album by Trina herself, it will feature collaborations with Kelly Price, K Michelle, Lil Wayne, and many others.

If you’d like to stay up-to-date and connected with the 38-year-old rapper, you can do so by following Trina on social mediaー you can find her on Twitter at @TRINArockstarr or on Instagram at @trinarockstarr. Don’t forget to also visit her official Facebook page as well!