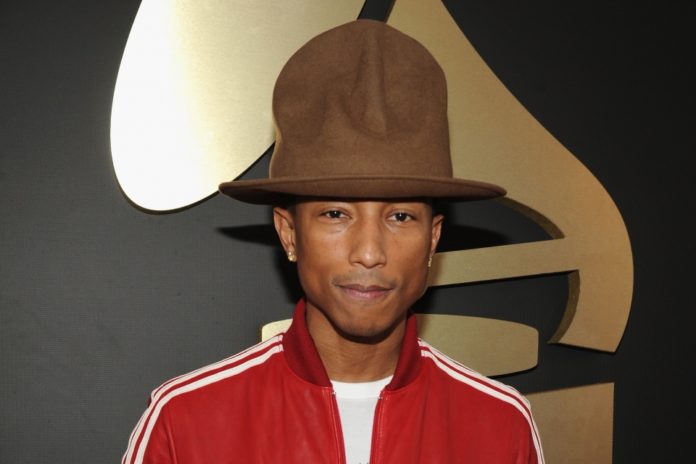 Pharrell Williams is probably one of the biggest names in pop culture, and he has done a lot to reach that point. Williams does work in music, film, and fashion, and his work has made him a very wealthy and very successful man. How rich is Pharrell, exactly? In this article, I plan on answering that question, among others. I’ll be talking about Pharrell’s net worth, while also making sure to discuss what he had to do in order to reach his level of success. I’ll also go over some personal details regarding this artist, talking about his philanthropy and home life. Without further ado, let’s see if we can’t learn a little bit more about Pharrell Williams.

Pharrell Williams was born in April of 1973 in Virginia Beach, Virginia. He was raised in a very modest household, and he was first exposed to music through marching band. Williams was more of a nerdy kid, and he played snare drum. He quickly learned that music was his passion, and so he and some of his friends formed a four-piece musical group called The Neptunes. They performed at high school talent show, and through their act they were discovered by Teddy Riley who had an independent studio near the high school. Once Pharrell and his friends graduated from high school, they actually signed a deal with Teddy. The Neptunes thrived during the early 1990’s as a production team. They would work behind the scenes on songs from big name artists like Wreckx-N-Effect, SWV, Blackstreet, and Mase. By around 1998, The Neptunes was becoming a major name. 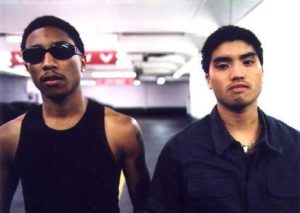 The Neptunes got a pretty big break in 2000, when they produced “I Just Wanna Love U (Give It 2 Me)”, the lead single off of Jay Z’s album The Dynasty: Roc La Familia. In this track, Pharrell Williams sings the chorus. The group obtained another large gig in 2001 when they produced the lead single off of Britney Spears’s album Britney, “I’m a Slave 4 U”. In 2002, they saw yet another hit song from their work on Nelly’s track “Hot in Herre”. Due to their sudden and overwhelming success in the music industry, The Neptunes suddenly found themselves surrounded by a lot of media attention. In 2002, they were named Producers of the Year at the Billboard Music Awards. Pharrell was also able to see a lot of time in the spotlight because of this success.

In 2004, Williams was featured in the song “Drop It Like It’s Hot” alongside Snoop Dogg, which obviously has become one of the most well-known and iconic rap songs of this era. For a very long time, it was one of Pharrell’s biggest hits ever. It was even nominated for Best Rap Song and Best Rap Performance by a Duo or Group at the 2005 Grammy Awards. Around this same time, “Hollaback Girl” was released by Gwen Stefani. This is yet another iconic pop song that was produced by The Neptunes. I think it’s very safe to say that this musical duo had sufficiently made their mark on the world by this point. They definitely weren’t done yet, though. 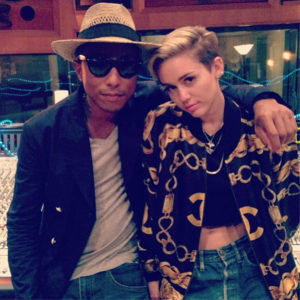 Over the course of the next couple of years, Pharrell Williams would work with plenty other big names in music. During the mid to late 2000’s, he woud collaborate with artists like Britney Spears, The Hives, Madonna, Shakira, Jennifer Lopez, Game, and even Beyoncé. He made one of his first forays into film in 2010, when he worked with Hans Zimmer to produce the soundtrack for the movie Despicable Me. During this time, he was also working with artists like Mike Posner, Adam Lambert, Lupe Fiasco, and Mac Miller. Williams worked extensively with Miley Cyrus on Bangerz and with Frank Ocean on Channel Orange. The most incredible thing about Pharrell’s time period isn’t just the quantity. It was also the quality of the work that he was producing.

Pharrell would also see international success. He was featured prominently in the Daft Punk Random Access Memories songs “Get Lucky”, which would go on to become a major success in the United States and overseas. Williams was also featured in Robin Thicke’s popular song “Blurred Lines”. He also produced and sang the song “Happy”, which was meant for use in the Despicable Me 2 movie soundtrack. However, as anyone with a radio around the time of this song’s release can tell you, it received a ton of airplay. Due to its commercial and streaming performance, “Happy” is actually considered the most successful song of 2014. His most recent success? He helped to produce the Oscar-nominated 2016 film Hidden Figures. With all of these major hits, Pharrell had effectively become the popular artist that he had always dreamed of becoming.

How did Pharrell Williams make his money and wealth?

In October of 2013, Pharrell was officially married to Helen Lasichanh, a model and designer. The two had been dating for a long time prior to this marriage, and they are still happily together.

Does Pharrell Williams have kids?

Pharrell actually has quite a few kids. In 2008, he had a son with Helen named Rocket. Just in January, it was revealed that Pharrell and his wife had just had triplets. Pharrell’s already a busy guy, and I’m sure that all of these young kids just make his life even busier!

It can be difficult to definitely determine Pharrell’s salary in any given year. Forbes reported that he made around $32 million in 2014, but he was working on The Voice during that time. He isn’t on The Voice anymore, but he’s still doing a lot in entertainment. It can be conservatively estimated that Pharrell Williams made approximately $20 million in 2016.

How much does Pharrell Williams make per day?

If you use that previous $20 million estimate as a starting point, you can just use some simple math to calculate Pharrell Williams’s daily income. In a year with 365 days, he makes about $54,500 per day.

Where does Pharrell Williams live? Picture of Pharrell’s house 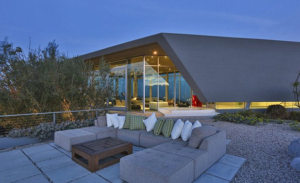 In early 2015, Pharrell bought a beautiful mansion in the Hollywood Hills for a whopping $7 million. The residence is a marvel of modern design, featuring a futuristic folded roof design. This mansion consists of two building, with a main house that has four to five bedrooms and a two story guest house with one bedroom. Pharrell’s home also featured an infinity pool, an outdoor lounge, a fireplace, and a barbecuing area. This was a big buy for this musical artist, but I’m confident in saying that he got on the good end of the deal for this gorgeous property.

Pharrell Williams comes from very humble beginnings, so it isn’t much of a surprise that he would be such a major figure in charity and philanthropy. Over the years, he has supported charitable organizations such as the Get Schooled Foundation, Great Ormond Street Hospital, the Indigenous Environmental Network, and Got Your 6. He even has his own non-profit organization called From One Hand to AnOTHER, which is dedicated to empowering kids through education.