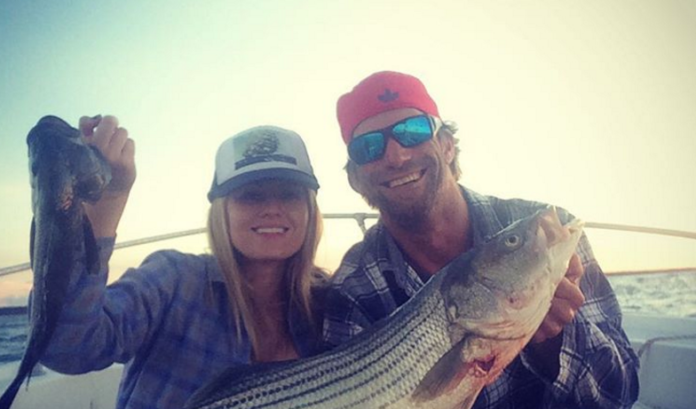 Charlie O’Connell is an actor best known for being Jerry O’Connell’s younger brother and as the star of Season 7 of The Bachelor back in 2005. You might also remember him from the 90s sci-fi show Sliders, where he played Colin Mallory.

At the end of his season of The Bachelor, Charlie picked Sarah Brice as the winner, but he didn’t propose to her. Instead, the couple dated off and on for almost five years, before finally calling it quits. Since then, Charlie O’Connell has almost vanished from the public eye, leaving people wondering what he’s doing now.

Charlie O’Connell Before The Bachelor

Charlie O’Connell is one of the few stars of The Bachelor who wasn’t new to celebrity when he started. Born in 1975 in New York City, his dad was an art director at an ad agency, and he and his older brother Jerry both had experience in television and movies. Jerry started his career with Stand by Me in 1986, and has managed to stay on the B-list through today.

Charlie’s first credit was for an appearance in Pamela Anderson’s action-comedy series V.I.P., but combined with the fame of his older brother, was enough to keep securing him roles. His first big role was as Colin Mallory in the fourth season of Sliders, a show where his brother Jerry had been playing the star.

After Sliders, Charlie had small roles in many movies, including Dude, Where’s My Car?, The New Guy, and Kiss the Bride. He also appeared in several small parts for TV on shows like Crossing Jordan (where he played his brother’s brother) and Without a Trace.

Charlie O’Connell on The Bachelor

In 2004, Charlie O’Connell was cast as the star of the upcoming seventh season of The Bachelor. The show filmed in New York for his season, instead of using the Bachelor Mansion in Agoura Hills, California.

His time on The Bachelor was honestly less eventful than you’d hope for someone who’s been in multiple TV dramas. It is worth noting that Charlie’s season on the show as perhaps the first time a star drank more than the contestants.

At the end of the season, Charlie O’Connnel picked Sarah Brice as the winner. He didn’t propose to her, though. Instead, he gave her a promise ring, wanting to delay a proposal until they’d had a chance to have a relationship outside of The Bachelor.

After The Bachelor, Sarah and Charlie lived in Los Angeles for two years but broke up in 2007. They stayed apart for about a year, before getting back together in 2009.

As they were getting back together, Oxygen was working on a television show called When Charlie Met Sarah, which was about Charlie trying to win Sarah back. However, she had issues with how heavily Charlie’s drinking factored into their relationship.

Their relationship finally fell apart for good in April 2010. About a year later, Sarah met someone else, and in 2012 announced she was pregnant and engaged.

Charlie, meanwhile, has continued to have small TV roles since The Bachelor. In 2008, he even briefly hosted a game show, Trivia Trio. His most recent role was in the independent comedy-drama film Sex, Marriage, and Infidelity, where he had a starring role.

He also has a major role in A Curry on an American Plate, a comedy about a failing Indian restaurant, which is being shown in small college venues before it is officially released.

In his personal life, Charlie O’Connell has been dating Anna Sophia Berglund for the past couple years, a Playboy model who has had a minor acting career herself. You can see the two going to Clippers games and traveling the world at Charlie’s Instagram, @therealcharlieoconnell