Leonardo DiCaprio is without a doubt one of the most well-respected actors of our time. He began his career in film during the early 1990’s, and he has remained a regular presence on the silver screen since then. Over the years, he has held starring and supporting roles in several large, critically acclaimed films. What are some of Leonardo DiCaprio’s best movies? In this article, I intend to answer that question. I’ve taken some of Leo’s best movies and roles, and I’ve arranged them in ascending order in terms of quality. This is obviously a subjective list, but I did consider critic’s consensus when I assembled it. Without further ado, let’s learn a little bit more about this acclaimed actor’s filmography. 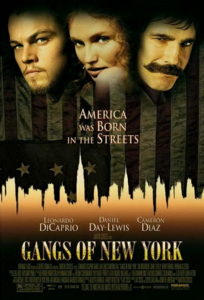 Let’s kick this list off with Gangs of New York, a Martin Scorsese film. DiCaprio works frequently with Scorsese, and this is one of their better collaborations together. Gangs of New York features a cast that includes the likes of Daniel Day-Lewis, Cameron Diaz, Liam Neeson, and of course Leonardo DiCaprio. The movie is all about Amsterdam Vallon (played by DiCaprio) who is looking to seek revenge against his father’s killer. Gangs of New York made nearly $200 million on a $97 million budget, and it earned a lot of critical acclaim. This acclaim included an Academy Award nomination for Best Picture. Although Daniel Day-Lewis earned more accolades for his work in this film than DiCaprio did, it’s still well worth your time. 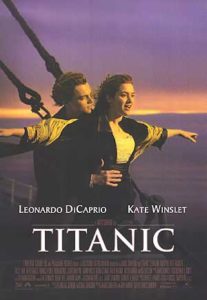 Titanic is the movie that put Leonardo DiCaprio on the map for audiences around the world. As many people know, this James Cameron film was a massive commercial success upon its release. It has made over $2 billion dollars at the box office on a $200 million budget. Titanic obviously depicts the sinking of the Titanic, but it shows this event through the eyes of Jack Dawson and Rose DeWitt Bukater. The two belong to drastically different social classes, but they fall in love while they’re aboard the ship. Jack is played by Leonardo DiCaprio, and Rose is played by Kate Winslet. Titanic is a classic drama and a classic love story, and it won Best Picture and Best Director during the 1997 Academy Awards. This movie may not be for everyone, but it’s still a DiCaprio classic. 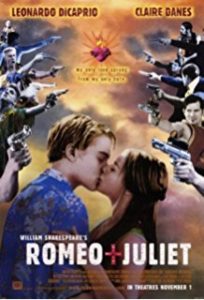 Romeo + Juliet is a movie that was popular and successful prior to Leonardo DiCaprio’s work in Titanic. This Baz Luhrmann-directed film retells the classic Shakespearean tale of Romeo and Juliet, but with a modern twist. In Romeo + Juliet, instead of being warring families, the Montagues and the Capulets are warring mafias. Any conflict in the original play that took place with swords take place with guns in this modern retelling. If you ever found it too difficult to relate to the original play, this movie makes things easier to stomach and understand for modern audiences. In this film, Leonardo DiCaprio plays the role of Romeo Montague. Romeo + Juliet was critically and commercially successful. It made over $125 million at box office, and it won DiCaprio the Silver Bear for Best Actor, a high honor for someone of his age. 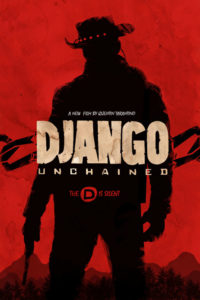 Django Unchained is a much newer movie than the other ones that we’ve already talked about, and I felt really compelled to include it on this list. Django Unchained is a Quentin Tarantino movie, and it follows the freed slave Django as he is looking to rescue his wife from a plantation owner in Mississippi. Leo plays the part of said plantation owner, who is named Calvin Candie. DiCaprio doesn’t really play the part of the villain very often, but he does so very well here. Calvin is equal parts cruel and charming, and he gives an electrifying performance in his depiction of him. For his work in the movie, DiCaprio was nominated for Best Supporting Actor by the Golden Globe Awards, the Central Ohio Film Critics Association, the Chicago Film Critics Association, and the Dublin Film Critics Circle, among others. 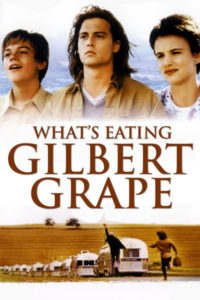 Let’s go back to one of Leonardo DiCaprio’s older roles with What’s Eating Gilbert Grape. This movie was released in 1993, and at the time it received a lot of attention for having a cast that included the likes of Johnny Depp and Juliette Lewis. What’s Eating Gilbert Grape follows the Grape family. Depp plays Gilbert, a grocery store clerk in his early twenties who works to support his morbidly obese mother and his mentally challenged younger brother. DiCaprio plays this younger brother, Arnie. It obviously required a lot of technical skill for Leonardo DiCaprio to accurately and sensitively depict a mentally impaired young man, and his work was recognized by critics and moviegoers alike. This role earned him his first Academy Award nomination, this one for Best Supporting Actor. He was also nominated for a Golden Globe for Best Supporting Actor. 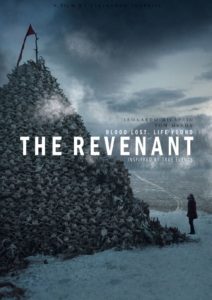 The Revenant is a movie that made headlines for being the movie that earned Leonardo DiCaprio his very first Academy Award. That’s right. Leo has been doing incredible work in cinema for decades, but he didn’t win an Academy Award until 2016. In The Revenant, Leo plays Hugh Glass, a fur trader who fights for survival and revenge after he is separated from the rest of his men during a fur-trading expedition. DiCaprio was forced to his physical and mental breaking point during this film, being forced to endure grueling conditions like hunger and cold. His hard work ended up paying off, though, as it earned him numerous accolades. He won a Golden Globe Award for Best Actor, and an Academy Award for the very same honor. Although this was DiCaprio’s first movie to receive an Academy Award, I don’t see it as one of his best performances. 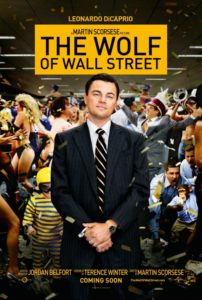 I mentioned before that Leonardo DiCaprio frequently collaborates with critically acclaimed director Martin Scorsese. The Wolf of Wall Street is the product of one of those collaborations. This movie follows Jordan Belfort, a New York City stockbroker who eventually fell victim to the fraud and corruption that plagues the industry. It’s a very fascinating story, and Scorsese and DiCaprio work together to tell it in a humorous and compelling way. The film features an ensemble cast that includes the likes of Jonah Hill, Margot Robbie, and Matthew McConaughey. For The Wolf of Wall Street, Leonardo earned himself a nomination for Best Actor at the Academy Awards, but he did not end up winning it. He did, however, win Best Actor – Motion Picture Musical or Comedy at the Golden Globes that year. 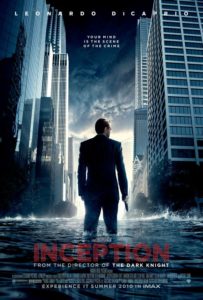 Martin Scorsese isn’t the only critically acclaimed director that Leonardo DiCaprio has worked with. Inception is a film directed and written by Christopher Nolan, and it explores some seriously interesting psychological concepts. The movie follows Dom Cobb, a thief who is able to steal information by sneaking into the subconscious of his victim. In Inception, this is typically depicted as him invading their dreams. Even among a cast that included stars like Ellen Page, Joseph Gordon-Levitt, Michael Caine, Ken Watanabe, and Tom Hardy, Leo was able to stand out among the rest. His work in the movie earned him multiple awards and nominations, and Inception is still viewed as a superb film today. 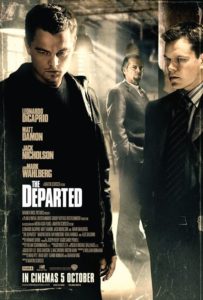 I really couldn’t bring myself to write about Leonardo DiCaprio’s best movies without mentioning The Departed. This Scorsese directed film features an ensemble cast that includes Leonardo DiCaprio, Matt Damon, Alec Baldwin, Mark Wahlberg, and Jack Nicholson. It’s all about conflict between an Irish mob and the local police, and as you can imagine, the movie plays out in a much more exciting way than I’m describing it. Leonardo plays the part of Billy Costigan, a state trooper who has been sent in to infiltrate this mob. The Departed is a critically acclaimed movie that ended up winning Academy Awards for Best Picture, Best Director, and Best Adapted Screenplay. This is an excellent movie that you should watch even if you aren’t a big fan of Leonardo DiCaprio, since there’s so much else there to appreciate. 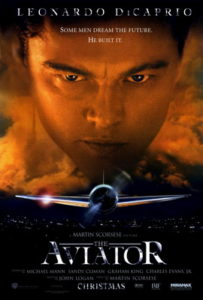 If you ask any serious fan of Leonardo DiCaprio what his greatest Oscar snub was, I think that a lot of people would agree with The Aviator. In The Aviator, Leonardo plays Howard Hughes, a businessman and an aviation pioneer who is struggling to become successful while coming to grips with his increasingly dire case of obsessive compulsive disorder. The Aviator also features the talents of Jude Law, Cate Blanchett, John C. Reilly, and Alec Baldwin. The movie made over $200 million on a $100 million budget, and it was nominated for a whopping 11 Academy Awards after its release. Although this movie may not be Leonardo DiCaprio’s most well-known, I still think it is far and away one of his best and most impressive roles. I highly recommend it to any fan of the actor.