Top 10 Will Smith Movies of All Time 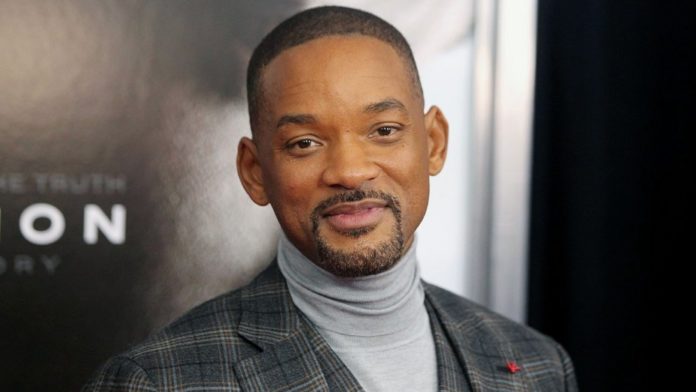 Will Smith began his career in entertainment on the small screen, and he is perhaps best known for his work on the television show The Fresh Prince of Bel-Air. However, as his acting skills improved, Will Smith was able to branch out and find a successful career in film as well. What are some of his best movies? In this article, I’m going to be talking about some of the best Will Smith movies out there. Although this list is obviously subjective, I did try to focus on some of his more widely acclaimed and appreciated works. (Don’t expect to find many unpopular opinions here.) Without further ado, let’s see if we can’t learn a little bit more about this entertainer’s discography. 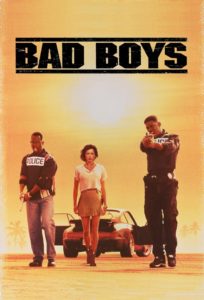 Bad Boys was one of Will Smith’s very first major film roles, and although his inexperience shows, there’s still a lot of promise apparent. Bad Boys is a buddy cop movie, and it has Will starring alongside Martin Lawrence. They’re both detectives in Miami, and the film obviously has them getting into all different kinds of law-related hijinks. The Michael Bay-directed movie would end up receiving a sequel in 2003 in the form of Bad Boys II. Although the movie as a whole received some mixed reception from critics, the audience seemed to really love it. Bad Boys grossed nearly $150 million on a $23 million budget, which is nothing to sneeze at. The movie would serve as a great springboard for the remainder of Smith’s career. 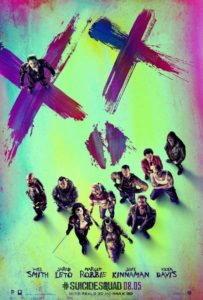 I began this list with one of Will Smith’s very first major film roles, and I’m going to continue it with one of his most recent. Although Suicide Squad was a very divisive film, most critics have been in agreement in saying that Will’s performance was a bright spot in an otherwise muddied picture. In this movie, Smith plays Deadshot, an assassin who has joined the titular squad in order to receive a reduced criminal sentence. The film boasted an impressive cast, which included the likes of Jared Leto, Joel Kinnaman, Viola Davis, Margot Robbie, and Cara Delevingne. Even with such star-studded company, though, Smith was able to stand out among his peers as one of the most impressive performances of the bunch. I admit that Suicide Squad isn’t for everyone, but you may find something there. 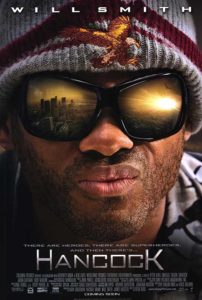 Speaking of divisive superhero movies, the next of Will’s films that I want to discuss is Hancock. This Peter Berg film was first released in 2008. Hancock is about a vigilante superhero named John Hancock who is looking to improve his public image, while also working to juggle his personal life. Maybe not the most imaginative superhero story out there, but the charm behind this movie can’t be denied. Will Smith plays the titular character, and he is joined by Charlize Theron and Jason Bateman. Hancock was written by Vince Gilligan (yes, that Vince Gilligan) and it proved to be a massive box office hit, earning over $600 million on a $150 million budget. If Suicide Squad wasn’t your cup of tea, then maybe you should give this irreverent superhero flick a chance.

#7 – The Legend of Bagger Vance 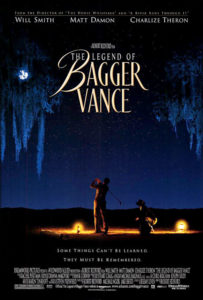 Up until now, I’ve mostly talked about movies that made a lot of money and received mixed critical reception. The Legend of Bagger Vance is kind of the opposite, in that it didn’t make much money at all but still received some moderately positive critical attention. The movie is based on the novel The Legend of Bagger Vance: A Novel of Gold and the Game of Life. It’s basically about a down on his luck golfer who is able to make serious strides in his personal life and on the green with the help of his caddy, Bagger Vance. Will plays Bagger, and his costars are Matt Damon and Charlize Theron. Although this film was criticized for being racially tone-deaf, it’s still a Robert Redford movie, so I don’t think you can go too terribly wrong with this one. 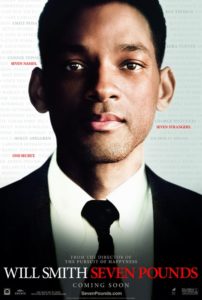 In another instance of the box office and the critics apparently being out of sync, Seven Pounds is a movie that received mostly negative reviews despite making a lot of money upon its release. The film grossed nearly $170 million on a $54 million budget. It featured a cast that included the likes of Rosario Dawson, Michael Ealy, Octavia Spencer, and Woody Harrelson. The gift of Seven Pounds is simple. Tim Thomas (played by Will Smith) directly causes a car accident that kills seven people, including his fiancee. In order to make amends for his error, he makes the decision to change the lives of seven other people for the better. Seven Pounds is a movie that was known to have some serious emotional effects on some of the people who watched it, so you may want to have a tissue box nearby if you plan on watching this one. 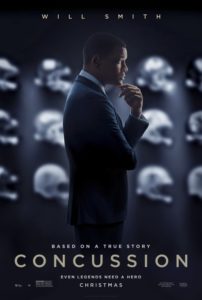 Like The Legend of Bagger Vance, Concussion is another movie that received mostly positive reviews while still being a commercial failure. This movie was produced by Ridley Scott and released in 2015, and it discusses the struggles that Dr. Bennet Omalu faced in trying to combat the dangers of chronic traumatic encephalopathy in NFL football players. Although everyone knows the serious, long-term dangers of concussions today, that has not always been the case. The subject matter here is certainly fascinating, and Will Smith gives a convincing and stirring performance. The quality of the accent that he employs in the film has been debated, but it doesn’t detract too heavily from the overall movie. 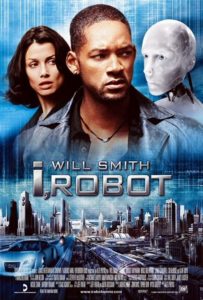 One of Will Smith’s most widely acclaimed movies is I, Robot, a science fiction dystopian flick that follows Detective Del Spooner. Del is a guy who isn’t too fond of the robots who permeate so many facets of modern life, and he has been tasked with investigating a crime that may have been committed by one. I, Robot is thought-provoking and well-written, and the entire film is strongly anchored by Will’s stellar performance. This film made nearly $350 million on a $120 million budget, and it even received an Academy Award nomination for Best Visual Effects. This may not be Will Smith’s most popular or most iconic science-fiction role, but I still think that it’s worth taking a good hard look at. I, Robot is equal parts flashy and thoughtful.

#3 – The Pursuit of Happyness 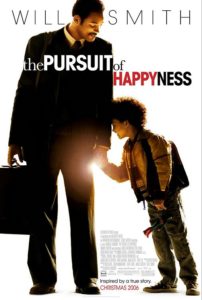 The Pursuit of Happyness is a really neat movie, and its gimmick is almost immediately clear. Jaden Smith, Will’s son, plays the role of Will’s son within the film. The Pursuit of Happyness is worth way more than just this one gimmick, though. In this movie, Will depicts Chris Gardner, an entrepreneur who struggles with homelessness and professional failure as he works to raise his young son. With his performance in this film, Will was able to expertly distance himself from the comedic, less serious roles that he is perhaps best known for. The Pursuit of Happyness boasts one of Will’s most powerful and emotional performances to date, and it was so great that it ended up earning him both an Academy Award and Golden Globe nomination for Best Actor. Definitely an essential movie for any Will Smith completionists out there. 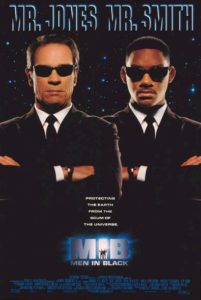 There are a lot of people who would make the argument that Will Smith’s work in Men in Black is even more iconic than his work in the popular television series The Fresh Prince of Bel-Air. In all honesty, that may not be much of a jump. Men in Black is a culturally iconic and widely beloved science fiction comedy film. Will Smith plays James Edwards, an agent of the Men in Black, a fictional organization that supervises alien activity on Earth. He and his co-star Tommy Lee Jones receives significant praise for their performances. Men in Black made nearly $600 million on a $90 million budget, and it spawned a series. In 2002, Men in Black II was released, and in 2012 Men in Black 3 was released. Needless to say, this is without a doubt one of Smith’s most well-known and well-received roles of all time. 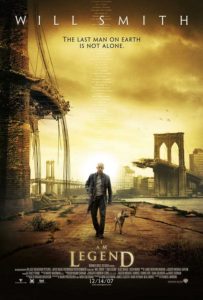 Will Smith has definitely made a push to be thought of as a more dramatic actor, so I felt that it was only fitting to close out this list by talking about one of his most well-known dramatic roles. I Am Legend is a horror film that takes place in a post-apocalyptic world, and it stars Will Smith as Robert Neville, a doctor who is immune to the virus that wiped out the majority of the human population. The film chronicles his attempts to use his immunity to save the surviving world. Although the beginning of I Am Legend barely has any dialogue at all, Smith’s performance is deeply affecting. The film was a box office hit, making nearly $600 million on a $150 million budget. It was one of the highest grossing films of 2007, and its cultural impact is still definitely felt today.