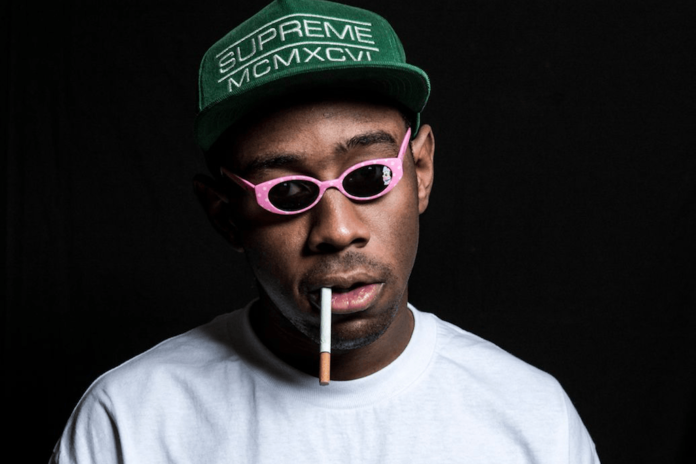 Tyler the Creator is a highly respected name among many hip-hop circles. He has been releasing music since 2009, and his unique and controversial lyrical style has attracted an equal share of critics and die-hard fans. Through his hard work and self-promotion, Tyler was able to go from being an amateur musician to being an international superstar. How has Tyler the Creator been able to become so successful? How wealthy has his work made him? In this article, I intend to answer both of those questions. I’m going to go over how Tyler the Creator was able to become famous, while also making sure to discuss how his fame has affected his personal wealth. Without further delay, let’s learn a little bit more about this beloved hip-hop artist.

Tyler the Creator Net Worth – $6 Million

How did Tyler the Creator make his money and wealth? 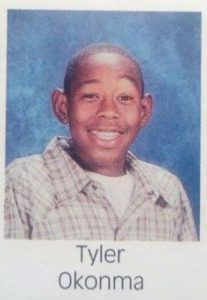 Tyler the Creator, also known by his birth name Tyler Okonma, was born in Ladera Heights, California in March of 1991. His father was Nigerian, and his mother was African-American and Canadian. Tyler says that he never got to meet his father growing up, being predominantly raised by his mother and grandmother for the most part. This personal issue would inform a lot of his later work, which would occasionally revolve around his trouble relationship (or lack thereof) with his father. By the time Okonma was just seven years old, he would fiddle with music album cases and create album art and track listings without actually having made any music of his own. That part would come a little later. By the time he was fourteen, he was teaching himself how to play piano. To support him during his early artistic career, Okonma would carry out odd jobs. For a time, he worked at places like Starbucks and FedEx.

Tyler’s musical career officially kicked off in 2009, when he released the mixtape Bastard. A rapper’s first mixtape isn’t always that successful, but Bastard was a massive hit. Okonma had begun work on the tape in 2007, and the two years that was poured into it certainly paid off. It received positive reviews from publications like Complex and Pitchfork, and some of its most popular tracks were “Bastard”, “French!” which featured Hodgy Beats, and “Odd Toddlers”. Okonma wasn’t just content with having a single popular mixtape, however. In 2011, he released “Yonkers”, a single to come from his debut studio album Goblin. This song was one of Tyler’s first major mainstream hits, and it allowed him to begin accruing something that resembled a dedicated fan base. The release of the single “She” coincided with the official release of Goblin, and it only caused Tyler’s fame to increase. 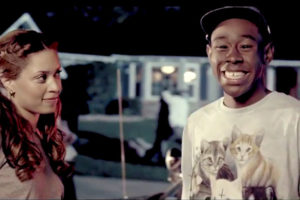 “She” was a seriously popular single, and to date it’s one of the most popular songs that Okonma has ever released. It features the vocals of Frank Ocean, who was really just getting his start at the time of the single’s release. It’s worth noting at this point that Tyler is a founding member of Odd Future, a hip-hop collective that consists of artists like Mike G, Earl Sweatshirt, Frank Ocean, Domo Genesis, and Jasper Dolphin. Former members of Odd Future include the likes of Casey Veggies, Matt Martians, and Syd. I mention this because Okonma’s second studio album, Wolf, prominently featured collaborations that included different Odd Future members. Wolf was released in 2013, and it debuted at number 3 on the Billboard 200. This album only featured one single, in “Domo23”. With Wolf, Tyler was looking to separate himself from his previous sound, which carried very dark and graphic themes of murder and rape.

Outside of Wolf, Tyler was also willing to work with some other popular artists through collaboration. During this time, he would work alongside artists like Lil Wayne, Pusha T, Waka Flocka Flame, and Game. The mainstream popularity of Odd Future eventually allowed them to get their own television show, a comedy series called Loiter Squad. Loiter Squad aired on Adult Swim starting in 2012, and it was produced by the same people who made the show Jackass. Loiter Squad did pretty well for itself, and it only served to increase the popularity and success of the Odd Future collective. (Even to this day, Tyler and his friends have a strong following among people who don’t even listen to their music.) After a brief hiatus, Okonma released the lead single “Fucking Young” off of his upcoming album Cherry Bomb. Tyler informed his fans that Cherry Bomb was going to be releasing in 2015, just a week or so following the release of this single. 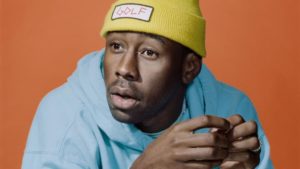 As it turns out, Okonma was true to his word. He released Cherry Bomb on April 13th, with physical copies beginning to roll out beginning on April 28th. This album was significantly more star-studded than a lot of his previous work, featuring collaboration from an array of artists that includes the likes of Schoolboy Q, Kanye West, Lil Wayne, Pharrell Williams, and Coco O. Tyler looked to support the release of the album through a world tour, which was cut short due to a couple of different controversies. The Australian leg of his tour was cancelled entirely due to national protests involving his depiction of women in his music. His tour dates in the United Kingdom were cancelled due to the fact that Okonma is actually banned from visiting the country due to his controversial lyrics. Either way, the Cherry Bomb album was successful enough on its own.

Is Tyler the Creator married?

Tyler Okonma is a pretty young guy, so it isn’t much of a surprise that he hasn’t been married yet. He isn’t the kind of guy to be seen engaging in PDA with a supermodel girlfriend, and so it’s looking like he’s more or less single for right now.

Tyler the Creator Salary and Annual Earnings in 2016

The salary of a musical artist like Tyler the Creator isn’t as highly publicized as the salary of someone like an athlete or an actor. However, it has been estimated that this pop culture icon makes around $800,000 per year. That’s of course just an estimate so make sure to take it with a healthy grain of salt.

How much does Tyler the Creator make per day?

If you use that estimated salary as a starting point, then you can just use some basic math to calculate Okonma’s daily income. In a year consisting of 365 days, Tyler makes a little over $2,100 per day. That definitely isn’t bad for a kid who came from a background as humble as Tyler’s.

Despite the fact that he’s really popular, a lot of Okonma’s music is too controversial for award shows. Over the course of his career, though, he has been able to take home a couple of different accolades. In 2011, he won Best New Artist at the MTV Video Music Awards. In that same year, he won Rookie of the Year at the MTV2 Sucker Free Awards. Most recently, he was nominated for Best Visual Effects for Fucking Young/Death Camp at the 2015 MTV Video Music Awards.

Although Tyler may not seem like the kind of guy to work with charities, he is nonetheless one of the more generous people in hip hop. Over the years, Okonma has dedicated his time and money to such causes as Charity Swearbox and SwearJar. He has also been known to donate clothes to the homeless population in his Los Angeles, where he lives. Tyler may put on a bad boy persona for his music, but he’s still a pretty nice guy.