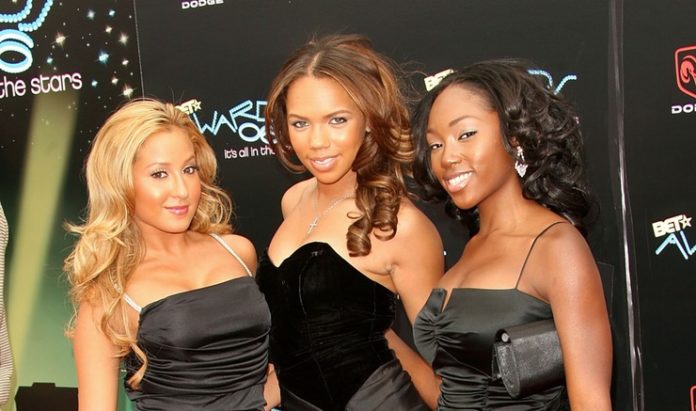 The all-girl hip hop trio, 3LW first made themselves known to the world with the release of their debut single, No More (Baby I’ma Do Right) in 2000. Based in New Jersey, its founding members Naturi Naughton (b. 1984), Kiely Williams (b. 1986) and Adrienne (b. 1983) initially came together as a group in 1999. With Kiely’s mother serving as their manager, they soon began frequenting the studio for recording. Later signing with Epic Records, a subsidiary of Sony Music Entertainment, the girls released their debut single entitled, No More (Baby I’ma Do Right) in the fall of 2000. Warmly received upon hitting stores, it ultimately went on to chart on both the US Billboard 200 and the Hot R&B/Hip Hop Songs, which earned 3LW some much-needed attention. Just a month later, the trio came out with their full length, self-titled album, 3LW. A powerful debut, the collection of songs quickly propelled them into celebrity status within the R&B world. To date, it remains to be their most successful studio album.

By the spring of 2001, their debut album had successfully sold more than 1,000,000 copies within the United States, garnering it Platinum accreditation from the RIAA. Following their initial success, the American trio came out with their second full length album entitled, A Girl Can Mack. Although not as widely successful as their first, it still managed to snag two decent spots on the US Charts. That same year, 3LW also released their third studio album, the holiday-themed Naughty or Nice (2002), although it did not fare as well commercially as their previous efforts. In total, the girls have released four studio albums, four soundtrack albums and five singles- some of their most popular hits include No More (Baby I’ma Do Right), I Do (Wanna Get Close to You), Playas Gon’ Play, and Neva Get Enuf. Altogether throughout their music career, the R&B girl group has sold more than 2,500,000 records worldwide.

Accompanying their musical releases, 3LW has also released a total of seven music videos during their time together. Not only that, but they’ve also collaborated with several artists such as Diddy, Loon, Jermaine Dupri, and Lil Wayne. At the peak of their popularity during the early 2000’s, their music was featured in several television series at the time including Down to Earth (2001), Top of the Pops (2001), Jimmy Neutron: Boy Genius (2001), Barbershop (2002), and Deliver Us from Eva (2003). Of course, their contributions to hip hop have also netted them a number of accolades including two Soul Train Music Award wins, three BET Award nominations, and a Source Award nomination. Due to conflict within the group however, it was announced that 3LW had officially disbanded in 2007.

What have the former members been up to since they went their separate ways? Will there be a reunion sometime in the upcoming future? What have the girls been busy with as of late? What happened to 3LW? Where are they now in 2018?

The Members of 3LW and Their Early Career 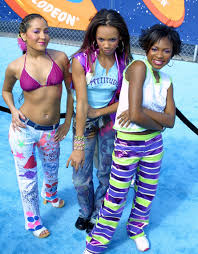 Based in Newark, New Jersey, the all-girl R&B group first came together in 1999; its original lineup consisted of Naturi Naughton, Kiely Williams, and Adrienne Bailon.

Born on May 20, 1984 in East Orange, New Jersey, Naturi Naughton (Birth name: Naturi Cora Maria Naughton) is the daughter of Ezra Naughton, a former accountant. Although she had always loved to perform, it wasn’t until she was give years old that her singing talent became apparent to those around her. Joining the local church choir, she continued to hone her vocals throughout her adolescence. At the age of fifteen, she joined Williams and Bailon to form 3LW- which was an acronym for “3 Little Women”.

Born on July 9, 1986 in Alexandria, Virginia, Kiely Alexis Williams was the youngest out of the original founding members. Due to the fact that her mother worked in the music recording industry, she easily found her way in as a teen. In fact, it was her mother’s idea for the girls to form a group in the late 90’s; she would later act as the trio’s manager during their career.

Born on October 24, 1983 in New York City, New York, Adrienne Eliza Bailon is the daughtr of Freddie Bailon and Nilda Alicea. Growing up in Manhattan, her initial dream was to become an obstetrician. However her singing talents soon brought her down a different career path; at the age of sixteen, she was discovered by Ricky Martin while performing in a local church choir, after he had asked for the top four singers of the group to perform with him at his concert later that night. Shortly afterward, she was spotted by a music producer on the streets of Beth Israel , who offered her a position in the girl group.

Coming together to record music, the girls soon branded themselves 3LW- an acronym that stood for “3 Little Women”. With a little help from Kiely’s mother, they successfully forged a recording deal with Epic Records in 1999. With everything in place, they then began to work on their debut release.

3LW’s Musical Releases Throughout the Years

On October 3, 2000, the trio released their debut single entitled, No More (Baby I’ma Do Right). Written by Cameron Giles, Nate Butler, and Sean Hall, the disc consisted of five tracks, No More (Baby I’ma Do Right), I Can’t Take It (No More Remix), and three other versions of the first- an A Capella original rap version, an 8 Jam Street Mix, and an instrumental. The single was also accompanied by the group’s first music video, which was shot under the direction of Chris Robinson; the video premiered in September that year and received a fair amount of play time on several US TV Channels. 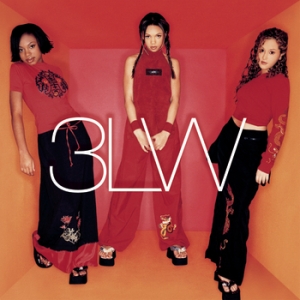 Just a month later, 3LW dropped their first studio album, the eponymous 3LW on November 1, 2000. Approximately one hour in in running length, its production was handled by a team consisting of Full Force, Chrissy Conway, Poke & Tone, Joe P., and Edwin Nicholas. Showcasing twelve different hip hop tracks, the standard album included the titles Is You Feelin’ Me, Gettin’ Too Heavy, Not This Time, More Than Friends (That’s Right), Till I Say So, Crush On You, and Ocean; three additional tracks including a bonus music video were included in a special version of the album, which was made exclusively available at Walmart. In Japan, the album also contained a thirteenth track, Dear Diary.

A strong debut for the girls, 3LW successfully peaked at number twenty nine on the Billboard Top 200 and at number nineteen on the Top R&B and Hip Hop Albums. As for the reviews that it received, they were for the most part- favorable; for instance, Ed Hogan writing for Allmusic lauded it for its “adventurous vibes” and “inventive use of MIDI-based music”- he ultimately awarded the album a four star rating. Having said that, the album did receive a number of less positive reviews from various other sources, such as the Rolling Stone Magazine which gave it two and a half stars. Nonetheless, it proved to be a commercial hit, having sold over a million copies in just a few months time.

Aside from No More (Baby I’ma Do Right), it also spawned a second single, Playas Gon’ Play which was released on May 1, 2001. Quickly a hit among fans, the five-track single came with three versions of the song- an album version, an A Capella version, and the instrumental. On the US Charts, it peaked at number eighty one on the Billboard Hot 100, at number fifty six on the Hot R&B and Hip Hop Songs, and at number seventeen on the US Rhythmic. Playas Gon’ Play was also accompanied by a music video, directed by Darren Grant.

The following year, 3LW released their second full length album entitled, A Girl Can Mack on October 22, 2002. A step away from their previous work, it saw the girls shedding their youthful image for a much more mature look. Produced by Sean Combs, Travon Potts, Mario Winans, and Full Force, it featured both upbeat songs and ballads, all of which revolved around the theme of relationships. Regarded by some as being “sexier” than their debut album, it came with a total of fourteen tracks including I Need That (I Want That), Ain’t No Maybe, Good Good Girl, Ghetto Love & Heartbreak, Leave with You (I think I Wanna), and One More Time; a few of the songs also featured appearances from guest artists Lil’ Kim, Lil Wayne, and Treach of Naughty by Nature.

Unfortunately, just before the release of the album, founding member Naturi Naughton left the trio due to internal conflict within the group; this caused 3LW to lose a number of devoted fans. As a result, A Girl Can Mark proved to be much less successful than their first album, having only managed to sell approximately 176,000 copies. On the charts however, it still managed to peak at number fifteen. The album later went on to spawn two singles, I Do (Wanna Get Close to You), and Neva Get Enuf, the first of which peaked at number fifty eight on the Billboard Top 100. 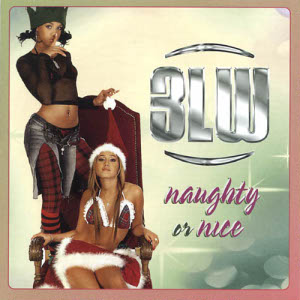 Just a couple of months later, 3LW came out with their third (and final) full length album, the holiday-themed, Naughty or Nice. Recorded without Naughton as she had left the group prior to its production, it was released in stores on December 10, 2002. Produced by Michele Williams and Tse Williams, it boasted ten tracks including Ahh Hell Nah, Xmas in the Hood, Christmas Love, Christmas Party, Shady Holiday, Take You Home for Christmas, and Have Yourself a Merry Little Christmas, among others – all of which added up to be approximately thirty seven minutes worth of music. Despite the efforts that went into its creation however, Naughty or Nice received mostly negative reviews from critics upon its release.

Following that, it was known that a fourth studio album was in works however it never materialized due to Kiely and Adrienne’s involvement with Cheetah Girls. After several delays, the album- which was to be named Point of No Return, remains to be unreleased.

After disbanding in 2007, all of the former 3LW members have gone their separate ways.

For Adrienne Bailon, she has recently been serving as the co-hostess on the US talk show, The Real- a role which she’s continued on-and-off for since 2013. Following her starring role in the Cheetah Girls franchise, she also appeared in a few acting projects such as Lovestruck: The Musical (2013), I’m in Love with a Church Girl (2013), and My Crazy Love (2014).

As for the other Cheetah Girl, Kiely Williams, she recently tied the knot with her long time  partner of seven years, Brandon Cox in a ceremony held in Fort Worth, Texas, attended by an intimate group of family and friends.

If you’re wondering about the third founding member, Naturi Naughton- she has gotten herself fairly involved in the acting industry these past few years. For instance, she currently plays one of the lead characters in the crime drama series, Power which has been airing since 2014. According to IMDb, she will also be appearing in an upcoming comedy flick called, Step Sisters (2017), which is scheduled to hit theaters on March 31, 2017.