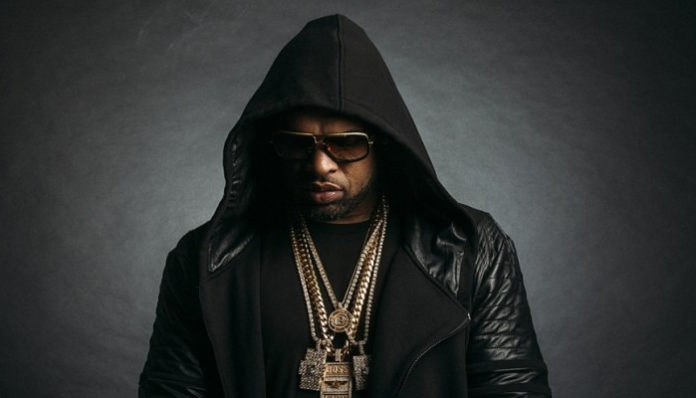 American rapper Slim Thug first rose to fame after being featured in Mike Jones’ hit single, Still Tippin. Born in Houston, Texas, the hip hop artist stands at an astonishing 6’6″- a physical trait that ultimately gave rise to his stage name. Having developed an interest in rap as a teen, he later began performing freestyle at various local parties during the 90’s. Eventually spotted by a local music producer named Michael Watts, he made his music debut guest starring in a mix tape entitled, Swisha House 98 under the Swishahouse label. Later realizing the potential in distributing his own mix tapes, he left to form his own independent recording label, Boss Hogg Outlawz. Forming a collective with a few buddies, he and the group dropped their debut album, Boyz-n-Blue in the spring of 2004. Since then, they’ve released three additional albums- Serve & Collect (2007), Back by Blockular Demand: Serve & Collect II (2008), and Serve & Collect III (2011).

As for his solo music career, Slim Thug released his first full length album entitled, Already Platinum under his own label in the summer of 2005. A worthy contender on the charts, it successfully entered the US Billboard Top 200 at number two; it has since sold more than 500,000 copies in the United States. From there, it wasn’t until 2009 that the Texas-based rapper came out with his second studio album, Boss of All Bosses. Since then, he has released a total of seven albums, fifteen mix tapes, and ten singles. As a featured artist, he has also made over eighty guest appearances, having worked with other rappers such as J-Dawg, Ray J, Mike Jones, Clipse, Big Tuck, and Dorrough, to name a few. To date, some of his most popular titles include I Ain’t Heart of That, So High, Like a Boss, Incredible Feelin, I Run, and Thug. In 2007, he also released a promotional single called Draped Up (Remix).

While carving an identity for himself in the industry, Slim Thug has received several accolades including two BET Award nominations, three Dirty Award nominations, three Vibe Award nominations and an MTV Video Music Award nomination. Over the years, his work has also been featured in a number of TV series such as Entourage (2005), The Pink Panther (2006), Death Race (2008), and Strictly Come Dancing (2014). At the age of twenty eight, he even made his feature film debut in the drama film, Days of Wrath (2008). Since then, his filmography has also grown to include the crime movie, Red All Over (2015), where he played a supporting character by the name of KJ Wright.

So what has the 36-year-old rapper been up to these recent years? Will be he coming out with any new albums or singles this year? What can we expect to see from the Texas-born R&B artist? What happened to Slim Thug? Where is he now in 2018? 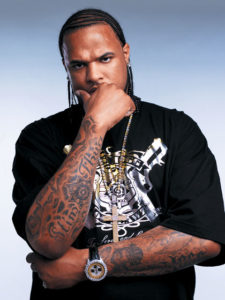 Born on September 8, 1980, Slim Thug (Real Name: Stayve Jerome Thomas) grew up in the Northside neighborhood of Scenic Woods in Houston, Texas. As a teen, he spent much of his time on the streets; becoming a rapper never crossed his mind at the time. It wasn’t until he was seventeen, that he began performing freestyle rap at various parties while in high school. Always having been tall for his age, he stood 6’6″ by the time he was in his late teens- his striking physique and notable French braids eventually gave rise to his current stage name, Slim Thug. Continuing to rap throughout the years, it wasn’t long until he started to record his own mix tapes. After one eventually made its way to a local music producer, Slim Thug was given an opportunity to work for the Swishahouse recording label.

Thus, at the age of eighteen, he made his official musical debut in a mix tape entitled, Swisha House 98. Later realizing the monetary potential in distributing his own tapes, he parted the company on good terms and created his own independent recording label, Boss Hogg Outlawz. Collaborating with his buddy E.S.G., he released a collaboration album, Boss Hogg Outlaws in the spring of 2004. From there, he eventually assembled a a hip hop collective with a group of local rappers, with whom he later released a full length album entitled, Boyz-n-Blue. 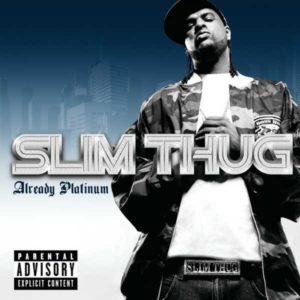 On July 12, 2005, Slim Thug dropped his debut solo album entitled, Already Platinum after initial delays due to concerns regarding heavy bootlegging. Recorded between 2004 and 2005, the southern hip hop album was produced by Jazze Pha, The Neptunes, Cool & Dre, Sha Money XL, among a few others. Contrary to popular belief, the title of the album did not imply that the album will go platinum in the US; instead, it reflected his lifestyle, which he saw as being similar to those who had already attained platinum status. Over an hour in length, the album came with sixteen tracks including the titles I Ain’t Heard of That, Everybody Loves a Pimp, Ashy to Classy, The Interview, Playa You Don’t Know, This is My Life, Incredible Feelin, and Like a Boss. Aside from his solo works, the album also featured a number of guest appearances from artists such as Bun B, T.I., Pusha T, Pharrell, LeToya Luckett, and Jazze Pha.

Met with critical acclaim, Already Platinum quickly soared its way to number two on both the Billboard Top 200 and the Top R&B and Hip Hop Albums Chart in the US. Within the first week, the album had sold over 130,000 copies. Reception-wise, the album netted a number of positive reviews from many well-known publications; for instance, Stylus Magazine praised its high production values and USA Today lauded the rapper’s laid-back vocal deliveries. Supported by five singles, all of which made its way onto the Hot R&B/Hip Hop Songs Chart, the album has since sold over 500,000 copies domestically in the United States.

Four years after his debut release, Slim Thug came out with his second full-length album, Boss of All Bosses. Distributed by E1 Music, the production was handled primarily by Mr. Lee, alongside Hi-Tek, Jim Jonsin, Mannie Fresh, and Terry Allen. Featuring guest appearances from Scarface, Mike Jones, Paul Wall, Devin the Dude, among a few others, the album boasted thirteen hip hop tracks including Top Drop, Associates, Welcome 2 Houston, She Like That, Boss of All Bosses, I’m Back, and Show Me Love; two bonus titles, Gotta Get It, and Perfect 10 were also included in a special edition made available via iTunes.

While not as successfully successful as his first album, Boss of All Bosses entered the Billboard 200 at number fifteen, having sold 32,000 units within the initial week. Despite having sold less copies however, the album was generally seen as an improvement over his initial work by many music critics. Met with positive praise, it received favorable reviews from several sources such as Allmusic and the Houston Press. Boss of All Bosses eventually produced two singles, I Run, and Thug. 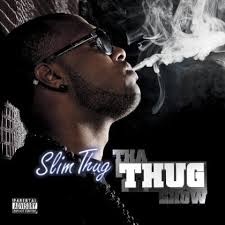 The following year, the rapper released his third studio album entitled, Tha Thug Show, under his own independent label on November 30, 2010. Comprable to his previous works in terms of length, the gangsta rap album came with a total of fifteen hip hop titles, some of which included Caddy Music, Coming From, Neighborhood Super Stars, How We Do It, The Sky, Celebration, and Beat It Up. Keeping to his normal pattern, the album also featured guest appearances from other fellow artists such as Devin the Dude, Big K.R.I.T., Lil’ Keke, Big Chief, Yo Gotti, and Rick Ross.

Not long after being released, Tha Thug Show peaked at number eighty-nine on the Billboard Top 200- a relative drop in contrast to what he had achieved previously. On the Billboard Top Rap Albums, it also peaked at number seven. Produced by Play-N-Skillz, Lex Luger, Izzy the Kidd, and Beanz N Kornbread, it garnered mostly favorable scores from critics. As of September 2010, the album has spawned two singles, Gangsta and So High.

After a three year absence, Slim Thug returned with a bang with the release of his fourth album, Boss Life. Produced by Ralo, Mr. Lee, Luck ‘n B Don, and Big K.R.I.T., it was preceded by the release of the single, Coming Down (Every Town) which was released on August 20, 2013. Another solid album from the rapper, it included various hip hop tracks including Flex 4Eva, Putting In Work, What U Mean To Me, Slowed Down, One Night, U Mad, and Long Time. While Boss Life did not end up charting on the Billboard Top 200, it did manage to reach number twenty eight and number eighteen on the Top R&B and Hip Hop Albums Chart and Top Rap Albums Chart respectively.

Well received by his fan base, the album later spawned a second single, Flex 4Eva which came with a music video of its own, that featured Boston George and Beat King. 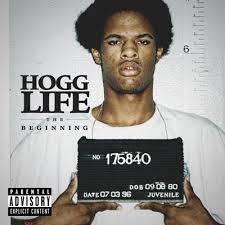 On February 3, 2015, the rapper released his fifth full length album entitled, Hogg Life: The Beginning. Distributed by Empire Distribution, the hip hop album featured several guest appearances from Z-Ro, Sauce Twins, Sosa Mann, Chayse, and Propaine. Shorter in terms of running length compared to his preceding works, the CD consisted of fourteen tracks including the titles Drophead Freestyle, Ignant “Getting IN”, No Talking, Money Fever, Self Made, All I Kno, and The Top.

On the US Charts, Hogg Life: The Beginning peaked at number 131 on the Billboard 200, and at number fifteen and thirteen on the Top R&B and Hip Hop Albums and Independent Albums Chart respectively. While its performance on the charts was ultimately lackluster, the album garnered many positive reviews from music critics who had given it a listen; score-wise, both AllMusic and HipHopDX gave it a three and a half star rating.

Just a few weeks ago, the rapper gave his fans a pleasant surprise after dropping a new mix tape entitled, Welcome 2 Houston (2017). Loaded with a number of beats, including a handful of guest appearances from Sosamann, Z-Ro, Paul Wall, and Kirko Bangz, the project has since been listened to thousands of times on the online music sharing website, Soundcloud.

Rap and music aside, it looks like Slim Thug will also be co-starring in an upcoming low-budget action movie called, Monkey in the Hood (2017). Co-written by the artist himself, the project will be filmed in Compton, California.

Want to know more about what he’s been up to? Why not keep in touch with the 36-year-old actor directly by following him on social media? You can find Slim Thug on Twitter at @slimthugga and on Instagram at @hogglife101.  For his latest announcements, be sure to also check out his official Facebook page at @slimthugbho.