What Happened to Pretty Ricky 2018 – What They’re Doing Now 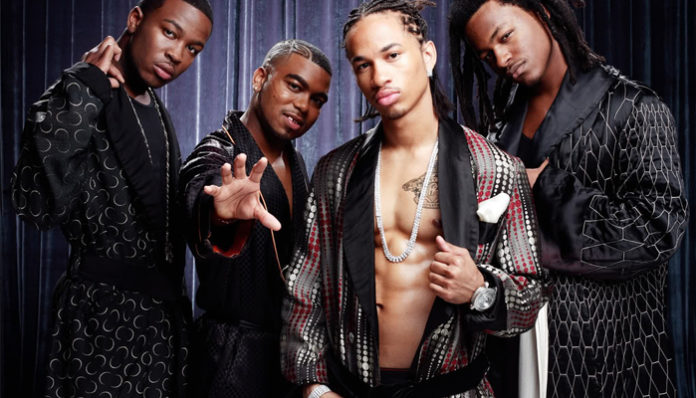 American R&B group Pretty Ricky first rose to fame with the release of their debut album, Bluestars (2005). Formed in 1997, the Miami-based hip hop crew consists of four brothers, Marcus Cooper “Pleasure P”, Corey Mathis “Slick’em”, Ala Diamond Smith “Blue Baby”, and Blue Smith “Spectacular”. Named after a character in the comedy series, Martin (1992), the half-siblings set off on a musical career in the late 90’s, with the help of their father Joseph Blue Smith, who served as the group’s manager. With the help of Jim Jonsin, a music producer from Unusual Suspect Productions, the boy band eventually began performing at a number of local venues. From there, it wasn’t long until Pretty Ricky was signed to Bluestar Entertainment by their CEO, Joseph Smith. Continuing to perform over the next few years, it wasn’t until 2002 that they first gained widespread attention with their hit, Flossin’ which proved to be a major hit on local radio stations. In the summer of 2004, the group released their second single entitled, So Fresh So Clean.

Following another single release, Grind With Me, the brothers came out with their debut studio album, Bluestars (2005) after having forged a recording deal with Atlantic Records. Considered a commercial success, it peaked at number sixteen on the US Billboard Top 200 and has since sold more than 500,000 copies in the country. Two years later, Pretty Ricky released their most-successful album to date, Late Night Special which quickly proved itself to be a chart topper in the United States, having reached number one on three separate music charts. In the winter of 2009, the group released another studio album, the self-titled Pretty Ricky which went on to become their third RIAA-certified release. Altogether, they’ve released three full length albums, one extended play, and over a dozen singles- two of which have since been certified Platinum.

Over the years, their music has been featured multiple times in various productions including Deuce Bigalow: European Gigolo (2005), Super Sweet 16: The Movie (2007), and Step Up 2: The Streets (2008). Their contributions to hip hop have also earned them multiple accolades including two American Music Award nominations, a BET Award nomination and a World Music Award nomination. Aside from their recording career, Pretty Ricky, as a group, has also appeared in several TV specials such as 106 & Park Top 10 Live (2005), It’s Showtime at the Apollo (2005), Soul Train (2006), BET Awards (2007), and The Mo’Nique Show (2009). In 2007, they even made a cameo in the drama thriller film, Underground President.

So what has the Miami-based hip hop group been up to in the recent years? How has their lineup changed since the late 90’s? Will they be releasing any new albums or singles this upcoming year? What happened to Pretty Ricky? Where are they now in 2018?

The History and Formation of Pretty Ricky 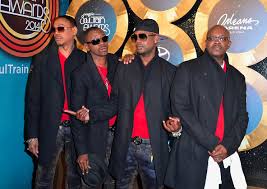 Formed in 1997, the talented hip hop crew consists of four half-siblings, Ala Diamond “Baby Blue”, Corey Mathis “Slick’em”, Blue Smith “Spectacula”, and Marcus Cooper “Pleasure”- the last of whom serves as the band’s singer. The sons of Joseph Smith Sr., they first began performing together in late 90’s. Dressing similarly to one another, they eventually named themselves Pretty Ricky, after a character in the 1992 comedy series, Martin. Prior to them adopting their current stage name, they were known as “The Maverix”. With the help of their father, who acted as the band’s manager, and a music producer named Jim Jonsin, they soon began rapping in front of an audience- performing in a number of local venues. Regularly playing over the next few years, it wasn’t until 2002 that they first hit it big with their song, Flossin. Immensely popular, it quickly became a huge hit on the local radio station, Power 96.

Two years later in 2004, they came out with a second single, So Fresh So Clean. Although the original plan was to release the two as part of their debut studio album which was set to be entitled, What They Call Me (2003), the release was ultimately shelved. The following spring, Pretty Ricky dropped yet another single, Grind With Me this time under Atlantic Records- making it their first major-label release. A smash hit, it soon found its way to the seventh position on the Billboard Hot 100 Chart. Since then, it has gone Platinum, making it one of the group’s most popular singles to date. Several months later, the R&B crew released their official debut album entitled, Bluestars. 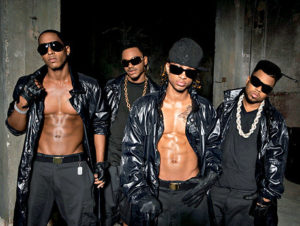 This first professional single, Grind with Me quickly proved itself to be popular among the R&B crowd, having been the most requested song on Power 96. Produced by Jim Jonsin, the hit single also came with a second track, Everybody Get Up (Feat. Pitfull). Aside from the standard edition that was made available, an explicit version accompanied by a parental advisory label was also released in stores. Largely responsible for their breakthrough success, the single- which has since gone Platinum in the US would eventually be included in their debut studio album.

On May 24, 2005, Pretty Ricky released their debut studio album (after this initial plans with What They Call Em fell through) entitled Bluestars under Atlantic Records. Released also under their recording label, Bluestar Entertainment, the R&B album came with a total of fifteen tracks, a couple of which featured fellow artists C. Miller and Static Major. Some of the included titles from the disc include Never Let You Go, Get a Little Closer, Can’t Live Without You, So Fresh So Clean, I Want You (Girlfriend), and Shorty Be Mine.

A relatively strong followup to their hit single, it soon reached number sixteen on the Billboard Top 200- making it their first record to reach the chart. Additionally, it also peaked at number five and number three on the US Top R&B and Hip Hop Albums and the Rap Albums Charts respectively. As of July 2005, just a month after it hit store shelves, it was certified Gold by the RIAA after having sold over 500,000 copies domestically. Upon its release, the quartet’s showcase of talent garnered mostly positive reviews from critics. Bluestars eventually saw the release of three singles, Grind with Me, Nothing but a Number, and Your Body. Aside from Grind with Me, Your Body also received widespread attention, having sold over 500,000 units.

Just two years later, the boy band came out with their second full length album entitled, Late Night Special. Their second major label album, its production was handled by a number of talented individuals such as DeJa, Static Major, and Gorilla Tek. Recorded in 2006, the standard version boasted eleven tracks the titles On the Hotline, Personal Trainer, Up and Down, Make it Like it Was, Up and Down, and So Confused– the last of which featured a special appearance from Butta Creame. A special Best Buy exclusive version was also released, which contained two additional bonus tracks- Too Young and Searching for Love. 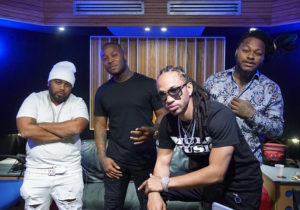 The group’s most successful album to date, Late Night Special entered the Billboard Top 200 Chart at number one- making it their first album to achieve such a feat. By the end of the initial week, over 132,000 copies have been sold in stores. Although it eventually fell to the fifth position during the second week, it later managed to peak at number two on the Top R&B and Hip Hop Albums Chart. Outside of the United States, the album also saw much success; in particular, it eventually charted in Australia and the UK. Despite being a commercial hit however, opinions toward Late Night Special were mostly mixed. For instance, while Entertainment Weekly gave it a score of B+, having praised it for its formulaic rhymes, others such as HipHopDX felt differently about its composition.

Still, it went on to produce three singles, On the Hotline, Push It Baby (Feat. Sean Paul), and Love Like Honey, two of which made its way onto the US Billboard Top 100. Second to their signature hit, Grind with Me, On the Hotline remains to be one of the group’s most popular tracks, having since sold over 1,000,000 copies.

From there, it wasn’t until the fall of 2009 that Pretty Ricky came out with their third studio album, the self-titled Pretty Ricky. Produced by Diamond Blue Smith, a member of the quartet, the hip hop album was released jointly by Warner Bros., Asylum Records and Bluestar Entertainment. The band’s first album to feature Lingerie since the departure of former members 4Play and Pleasure P, it came with fourteen tracks, which equated to approximately 55 minutes worth of rap. The disc’s track-listing included Menage a Trois, Doggystyle, Discovery Channel (Wild Girl), Prince Charming, Say a Command, and Tipsy (In Dis Club). A bonus number, Make-Up Sex was also included in a special version made available in iTunes.

Less successful than their previous endeavors, Pretty Ricky debuted at number ninety seven on the Billboard Top 200 and only sold approximately 10,000 copies during the first week- a significant drop compared to what was achieved by its predecessors. Regardless, it eventually still managed to peak reasonably at number fourteen on the Top R&B and Hip Hop Albums Chart. Critical reception wise, the album was generally met with negative reviews- most of which highlighted the tracks’ subpar lyrics; for instance, critics at Allmusic gave the album a one and a half star rating.

Despite this, the album went on to produce two charting singles, Say a Command and Tipsy (In Dis Club) (number 98 and 52 respectively on the US R&B Song Chart) and has since sold over 500,000 copies in the United States, making it the group’s third consecutive Gold-certified album.

Since then, the Miami-based hip hop group hasn’t released any additional studio albums. Having said that, they have dropped a number of other releases such as their EP, Topless which was released on August 10, 2010 under Bluestar Entertainment. In the summer of 2011, Pretty Ricky also recorded and released their first mixtape, Sex Music Vol 1: Streets N The Sheets. Following a prolonged hiatus, the band surprised fans with a promotional reunion single entitled, Puddles on February 16, 2015.

There’s some good news for us fans- according to music producer Rico Love, Pretty Ricky will be releasing a new studio album- their first since 2009, one which he will be executive producing for the group. Although the album’s title has not yet been revealed, the band has since released one of its singles, What that Mouth Do. The release will be bittersweet however, as they’ve also announced that it will be their last and final album together. Ending with a bang, they’ll also be embarking on one last concert tour- stay tuned for more information!

As for other public appearances, they recently gave a stunning performance at the Soulquarius Music Festival, which took place in Orange County, California, on February 18, 2017. Also present at the event were R. Kelly, Mya, Ja Rule, and Erykah Badu, among others.

If you’d like to stay up to date with the hip hop group, you can do so by following them on social media- you can find Pretty Ricky on Twitter at @PrettyRickyBSF or on Twitter at @realprettyricky.