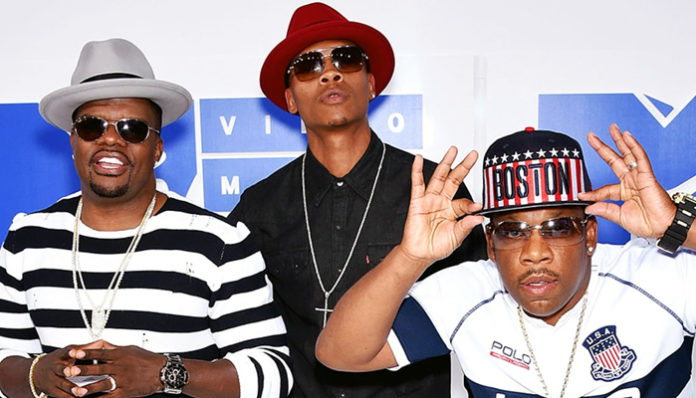 American hip hop group Bell Biv DeVoe- abbreviated as BBD, garnered widespread attention with the release of the debut album, Poison in 1990. Named after their respective last names, the R&B trio consists of Ronnie DeVoe, Michael Bivins and Ricky Bell- all former members of the 1980’s quartet, New Edition. Based in Boston, Massachusetts, the group first came together in 1989 at the suggestion of the R&B songwriting duo, Jimmy Jam and Terry Lewis. Incorporating elements of New Jack Swing, R&B harmonies and Hip Hop Beats, they wasted no time in recording a number of titles together. Recruiting the help of music producers Keith Shocklee, Keith Shocklee, and Eric Sadler of Public Enemy fame, Bell Biv DeVoe came out with their first full length album, Poison in the spring of 1990. Not only did it garner the group much fame, but many have since also credited the album for having helped pioneer the “New Jack Swing” of the early 90’s.

Their most popular album to date, Poison eventually peaked at number five on the US Billboard Top 200. On top of that, it also charted overseas in the UK, New Zealand and Australia. Since then, the album has gone Platinum four times in the US, having sold more than 4,000,000 copies domestically. Three years after their initial success, Bell Biv DeVoe came out with their second studio album entitled, Hootie Mack (1993). Although it didn’t rival the success of their previous work, it still managed to peak respectively on several charts. From there, it wasn’t until 2001 that the hip hop crew released their next album, BBD after which they took a prolonged break away from recording. More recently, well over a decade later, they dropped their fourth studio album, Three Stripes in 2017. Glancing at their discography, they’ve released a total of four full length albums and twelve singles- most of which have reached the music charts.

One of the most prominent R&B groups of the early 90’s, Bell Biv DeVoe have won a number of industry awards including a Soul Train Award for “Best R&B/Soul Album” and three American Music Awards for “Favorite Soul/R&B Band”, “Favorite Dance New Artist”, and “Favorite R&B New Artist”. Throughout the years, the work has been featured in a number of popular TV shows such as Beverly Hills 90210 (1990), The Fresh Prince of Bel-Air (1991), Scrubs (2006), So You Think You Can Dance (2006), and Supernatural (2012), to name a few. Additionally, they’ve also made several appearances in the popular TV talk shows The Tonight Show with Jay Leno (1993), Late Night with Jimmy Fallon (2011), The View (2014), and The Wendy Williams Show (2016).

So what has the Boston-based R&B group been up to nowadays? Are they still putting forth new music for their fans? What can we expect to see from them this upcoming year? What have they been busy with as of late? What happened to Bell Biv DeVoe? Where are they now in 2018?

The History of Bell Biv DeVoe and Their Members 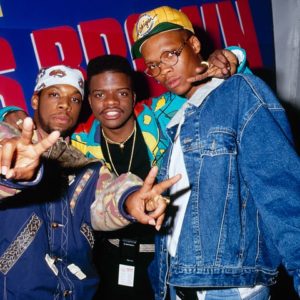 Based in Boston, Massachusetts, the hip hop crew first came together in 1989 at the suggestion of the popular R&B producing duo, Jimmy Jam and Terry Lewis. The lineup as it is today, consists of three members, Ronnie DeVoe, Michael Bivins, and Ricky Bell, all of whom were former members of a 80’s vocal quintet known as, New Edition.

Born on September 18, 1967, Ricky Bell (Birth Name: Ricardo Bell) is the youngest of eleven children. Growing up in the Orchard Park Projects in the Roxbury neighborhood, he started singing in his teens, and later formed a singing duo known as Ricky and Ralph with his best friend, Ralph Tresvant. Eventually, the two joined Bobby Brown, Ronnie DeVoe, and Michael Bivins to form the 1980’s vocal quintet, New Edition.

Born on August 10, 1968 in Boston, Massachusetts, Michael Lamont Bivins is the son of Shirley and Gerard Bivins; he is best known for being one of the founding members of New Edition in the 80’s. Having always been interested in the creative arts, he knew ever since he was a child that he wanted to become a singer.

Born on November 17, 1967 in Roxbury, Massachusetts, Ronnie DeVoe (Birth Name: Ronald Boyd DeVoe Jr.) was the second to last member to join New Edition in the early 80’s; he is also the second oldest out of the group.

After coming together as New Edition, the group eventually caught the attention of music producer Maurice Starr, after taking second place at a local talent competition. Offering them a recording deal with his Streetwise label, the boys soon released their debut album, Candy Girl in 1983. Quickly becoming one of the best-selling boy bands of the 80’s, they went on to release a total of five full length albums throughout the decade.

After many years of working together, New Edition disbanded in 1990. Recognizing the potential of the boys, the R&B music producing duo Jimmy Jam and Terry Lewis subsequently recruited Ronnie DeVoe, Michael Bivins, and Ricky Bell to form a new hip hop group, which they later named as Bell Bivins Devoe- after their respective last names. With the help of music producers Keith Shocklee, Hank Shocklee, and Eric Sadler of Public Enemy Fame, the group were able to put together their debut studio album, Poison, after signing with MCA Records. 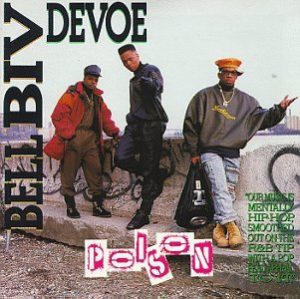 On March 20, 1990, Bell Biv DeVoe dropped their debut studio album entitled, Poison via MCA Records. Recorded between 1989 and 1990, the album is noted for featuring some of the first New Jack Swing sounds of the 90’s. Approximately 47 minutes in running length, its production was handled by a team of talented individuals including Carl Bourelly, Eric Sadler, Keith Shocklee, Hank Shocklee, Dr. Freeze, and Alton Stewart, among a few others. The album came with ten tracks including I Do Need You, Ain’t Nut’in’ Changed, Let Me Know Something?!, and Ronnie, Bobby, Ricky, Mike, Ralph and Johnny (Word to the Mutha)!.

A solid release from the band, it entered the US Top 200 at number five and later peaked at number one on the US R&B Albums Chart. Quickly flying off of store shelves, it eventually sold more than 1,000,000 copies just two months after its original release. By April of 1995, Poison had gone Platinum four times, after having sold over 4,000,000 copies domestically. Praised by critics for the creativity showcased in the album, it later went on to spawn five singles, She’s Dope!, When Will I See You Smile Again? B.B.D. (I Thought It Was Me)?, Do Me!, and Poison– all of which ended up charting in the United States. The lead single, Poison also remains to be the group’s most successful single to date, having since gone Platinum five times.

The following year, the group came out with a remix album, WBBD – Bootcity!: The Remix Album. Produced by Hank Shocklee, Gary G-Wiz, Marley Marl, Wolf & Epic, and Ronnie DeVoe, it came with twelve songs- all of which were new remixes of the titles featured in their debut album, Poison. Some of the songs included Let Me Know Something!, Interview/Uhh Ahh, Word to the Mutha!, She’s Dope, and I Do Need You. Relatively successful, the remix album peaked at number eighteen on the Billboard Top 200 and also at number eighteen on the Top R&B Albums Chart. As of October 1991, it was certified Gold in the United States- making it Bell Biv DeVoe’s second RIAA certified album.

Three years later, Bell Biv DeVoe followed up with a second full length album, Hootie Mack– also released under MCA Records. More R&B than New Jack Swing compared to their earlier effort, it was produced by Chris Stokes, Daryl Simmons, Wolf & Epic, Fatin Dantzler and Lionel Caviness, as well as the group themselves. Recorded in a year, the album boasted an eleven-title track list which consisted of the numbers Lost in the Moment, Please Come Back, Something in Your Eyes, From the Back, Show Me the Way, Ghetto Booty, and Lovely.

Seeing as how it was the follow up to the group’s immensely successful debut, expectations were relatively high for the album. Upon its release however, Hootie Mack ultimately did not attain the same level of success as that of Poison. Having said that, it still managed to peak respectively at number nineteen on the Billboard 200; on the Top R&B and Hip Hop Albums Chart, it also ranked in at number six. Overseas, the album also charted in New Zealand and Australia. Although reviews from critics were generally mixed, it has since sold over 500,000 copies in the US, earning it Gold accreditation from the RIAA. Not only that, but it also produced two charting singles, Above the Rim and Something in Your Eyes. 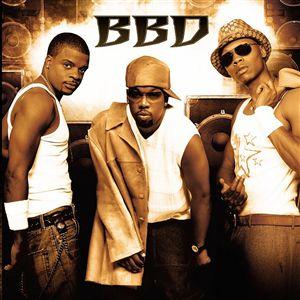 From there, it wasn’t until 2001 that they released their next full length album, BBD. The first release in eight years, it was also their first and last album with Universal Records. Produced by the trio themselves with help from Dr. Dre, Timbaland, and Rockwilder, it contained eleven hip hop tracks including Home Alone, Since I Blew, I Ain’t Going Nowhere, In My Crib, Shorty Gone Get It, and Breezy; among the track list was also the title Da Hot Shit (Aight), which was a collaboration with fellow artists Shaheed, Jak Frawst and Shamari Fears.

Unfortunately, reviews for the album were generally negative- most of which were targeted toward its brash sounds and “tasteless” tracks. To put things into perspective, Vibe Magazine gave BBD a one star rating while Allmusic, being slightly more generous, awarded it two and a half stars. Still, it managed to peak at number sixty two on the Top R&B and Hip Hop Albums Chart; while it was a relative drop compared to what they had achieved in the 90’s, it was an accomplishment nonetheless. The album eventually also spawned the single, The Hot Shit, which peaked at number 116 on the R&B Top Songs Chart.

Following the release of their third studio album, Bell Biv DeVoe went on hiatus prior to coming back to the scene in 2017.

Well over a decade after their last release, the hip hop crew came back with a bang with the release of their fourth studio album, Three Stripes. Released under Entertainment One Music, it featured 34 minutes worth of hip hop including the brand new tracks Find a Way, Hot Damn, All Day There, Don’t Go, Incredible, One More Try, and I’m Betta; not to mention three collaborative pieces with Boyz II Men, Doug E. Fresh, and SMV.

A comeback album, it successfully peaked at number eighteen on the Billboard 200 and at number two on the Top R&B and Hip Hop Albums Chart. It eventually went on to spawn the single, Run although it didn’t end up charting in the United States.