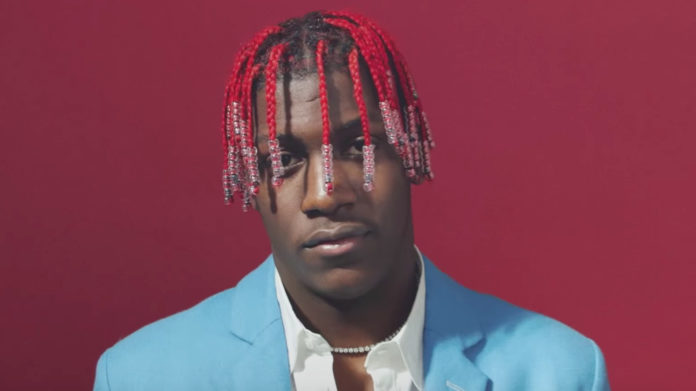 Another up and comer in the rap game, Lil Yachty’s irreverent style has gained him something of a following. His chill, laid back flow is certainly one of the more unique voices out there right now, even if the content of the tracks is far from my cup of tea. He rose to prominence in 2015 with the track 1 Night, a chill jam about his desire to remain single. I admit, I am a little out of touch with the subject matter, and while I loved the overall feel of the track, it just didn’t sit right with me. He moved onto several high profile collaborations with established artists, and was even up for a Grammy nomination alongside D.R.A.M., with the song Broccoli.

About Lil Yachty’s Net Worth & Income?

Some. He is worth some. Looking at his net worth so early in Lil Yachty’s career doesn’t seem quite fair. it is clear that this Bubblegum Trap, as he calls it, will be a hit with fans of the genre. The whole concept of Trap reminds of the punk scene, a reactionary force against traditions in the medium, where raw talent is less important than aesthetics. Don’t get me wrong, both genres have tremendous merit, and serve to point out the perceived short comings of the established conventions. It will be interesting to see where it goes in the future.

Lil Yachty was born Miles Parks McCollum in Mableton Georgia. He choose the name Lil Yachty as a means of building a brand. His father, a photographer, taught him the importance of branding in making a name for himself. It was him who suggested the nautical theme, and Yachty ran with it. He has expanded on it to the point where I expect him to be synonymous with the concept. His early success, 1 Night, uses a variety of elements, singing, rap, absurd visuals, and a subject matter that felt funny and true to the audience. In life Yachty is a little defensive, almost coming across as shy in interviews. He has been compared to Andre 3000, of Outkast fame.

He was influenced by Chris Martin, Andre 3000 and Soulja Boy primarily, though he refrains from mentioning contemporary Trap artists. In 2016 he released his debut mixtape, Lil Boat. He does not consider himself a rapper. Lil Boat is much in the same vein as 1 Night, that odd apathy to critique, as though the artist does not care that the music is non traditionalist, and I feel it is that that makes the music so popular. He released his first album this year, called Teenage Emotion.

A combination of sales and touring have formed the basis of his wealth. One interesting thing about up and coming rappers is the demand for their verses. It is not something I had considered before. I knew that collaboration was common, with “ft” being the rule, but it never occurred to me that the featured artist would get only a flat fee. On average Lil Yachty charges $3500 per verse, though he has become more famous since he first mentioned that figure.

Lil Yachty has appeared in a number of unlikely places. He was a model for the season 3 of Kanye West’s Yeezy fashion line. He has also done some promotional work for Sprite. In a mesh of brands, Lil Yachty was picked to be the new face of the Nautica clothing line, and Urban Outfitters, but that’s less funny. All combine to create his net worth, a figure that is sure to rise as the years go on.

Lil Yachty is 19 years old. 1 Night is specifically about not wanting a wife, so no. Yachty is not married.

Where did Lil Yachty go to College?

Lil Yachty did go to college in Alabama. He was working on 1 Night at the time, and dropped out after only two months of study. Considering the popularity of the track, and the growth of his brand in the years since, it seems to have been the right move.

Where Does Lil Yachty Live? Picture of Lil Yachty‘s House 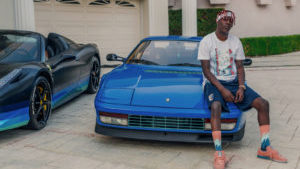 Lil Yachty, so far as I know, still lives with his parents. He has been very smart with his money, and is moving into different areas to diversify his wealth. It is nice to see someone be smart with their windfall. He has bought a few cars, but to my mind they seem like long term investments in personal pride.

Why is he called Lil Yachty ?


Lil Yachty took the name for branding purposes. He claims to have always called himself Yachty in his head, back when he joined a boat club, though seen Atlanta is landlocked I feel like Boat club is a euphemism I’m not understanding. His father, a photographer, knew the importance of increasing personal value through branding, and encouraged Lil Yachty to push the Nautical thing. There was a gap in the market. Nautical themes where seen every so often in the old school of the Hip Hop canon, so taking something from the past, tried and true, was a very smart move from the young artist.

Back before he hit big Lil Yachty was arrested in a mall in Florida for credit card fraud. The charges were expunged, though he did have to pay a $11,000 bail bond at the time. Considering what I can find out about Lil Yachty, this act seems very at odds with his character.