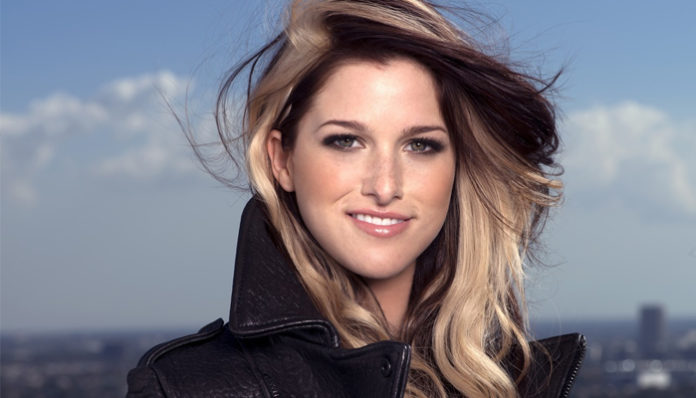 Cassadee Pope garnered widespread fame after becoming the first female winner of the NBC singing competition, The Voice in 2012. Born and raised in Florida, she began her music career as a member of the award-winning St. Ann School Jazz Band during her teens. From there, she eventually formed a band with close friend Mike Gentile, although they ultimately disbanded prior to landing a recording deal. Another music opportunity soon came her way after she became the lead vocalist of a pop punk band called Hey Monday, which proved to be more successful than her initial endeavor. With the group, she penned a number of songs, which was eventually released as a studio album entitled, Hold on Tight in 2008. To promote their record, the band also embarked on a nation-wide tour in 2010. Following a few years of performing together, Hey Monday went on indefinite hiatus in the winter of 2011, after which Pope decided to pursue a solo music career.

Starting from January 2012, the aspiring vocalist went off on her first solo acoustic tour across the west and east coasts. In May of that year, she also released her independent debut EP, the self-titled Cassadee Pope EP, which contained four tracks of original material. Soon afterward, Pope received a big break after successfully auditioning for the third season of NBC’s talent competition series, The Voice. Having impressed more than one of the judges with her singing, she had effectively earned a coveted spot on the show, which gave her a chance to win a recording deal with Universal Records. Proving herself to be a worthy contender, she soon became the only female contestant to advance to the Top Four. Given her raw talent, it wasn’t surprising when she came out as the season winner in December 2012. As per the competition, she was subsequently signed with the country music label, Republic Nashville Records.

The following fall, Pope released her major label debut, Frame by Frame, which proved to be a relatively hit, having reached the top of the US Country Albums Chart. Not only that, but the album also spawned one of her most popular hits to date, Wasting All These Tears, which has since gone Platinum in the United States after selling over 1,000,000 copies. Since then, she has released an additional extended play, Summer (2016), as well as a handful of singles including I Wish I Could Break Your Heart, I Am Invincible, Think of You, and Summer. Undoubtedly talented for her age, Pope has accumulated a number of accolades including a CMT Music Award, a Grammy Award nomination, a People’s Choice Award nomination, and an American Country Award nomination.

So what has the Florida-native been up to recently? Does she have any new projects up her sleeve? What can we expect to see from the former The Voice winner this year? What happened to Cassadee Pope? Where is she now in 2018? 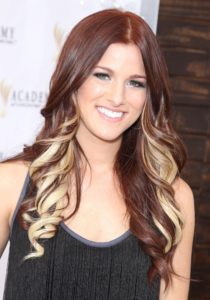 Born on August 28, 1989 in West Palm Beach, Florida, Cassadee Blake Pope is the daughter of Lenny and Lori Pope. Growing up, she had always gravitated toward the performing arts. As a young teen, she was a member of the award-winning St. Ann School Jazz Band, an experience which ultimately introduced her to music. Eventually a student at Wellington High School, Pope and a close friend Mike Gentile formed a music duo called Blake; unfortunately, the band disbanded prior to having released any material. From there however, another opportunity soon came her way. At the age of nineteen, she joined a pop punk band known as Hey Monday, in which she took on the role of being lead vocalist.

Proving to be more successful than her earlier endeavor, the group signed with Columbia Records and later came out with their debut studio album, Hold on Tight in the fall of 2008. Not only did Pope provide the vocals, but she also helped to pen many of the songs featured on the disc. Over the few months, the aspiring singer also made several guest appearances in various projects; for instance, she appeared in the MV for Fall Out Boy’s America’s Suitehearts and also provided vocals for The Cab’s Take My Hand. Two years later in the summer of 2010, Hey Monday came out with their first extended play entitled, Beneath It All; in support of the EP, they also embarked on a US tour. Although they released another EP, they ultimately went on an indefinite hiatus in December of 2011. 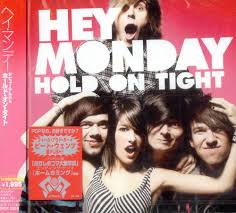 With Hey Monday, Pope released her first professional debut album, Hold on Tight under Columbia Records. Considered a power pop album, all of the songs were produced by S*A*M & Sluggo, and Bret Disend. Regarded over the summer months of 2008, it contained eleven tracks including Should’ve Tried Harder, Hurricane Street, Run Don’t Walk, How You Love Me Now, Set Off, Obvious, and Candles– most of which were written in part by Pope. Aside from the titles included in the standard album, three bonus tracks were included in a Japan exclusive, Candles (Acoustic Demo Version), Josey (Live in Tokyo), and Run Don’t Walk (Live in Tokyo).

Fairly successful, the punk band’s album reached number eleven on the Billboard Top Heatseekers Chart. Critical reception wise, Hold on Tight also received mostly positive reviews; for instance, the Alternative Press gave it a three star rating while critics at Allmusic awarded it three and a half stars. By the end of 2009, the album had spawned two singles, Homecoming and How You Love Me Now.

After the group went on indefinite hiatus in 2011, Pope embarked on a solo music career and eventually released her debut solo EP, Cassadee Pope EP on MAy 22, 2012. Produced by Jason Gavi and Anadrew Dixon, the record boasted four tracks, Told You So, I Guess We’re Cool, Original Love, and Secondhand, all of which featured lyrics written by the Florida-native. According to a statement from Pope, the EP “represented everything that [she is] and everything that [she’s] worked for.” Considerably successful for a self-released EP, it later peaked at number twenty five on the Billboard Top Heatseekers Chart.

Cassadee Pope on The Voice 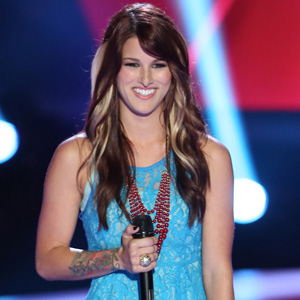 In the summer of 2012, Pope auditioned for the third season of the NBC reality competition series, The Voice. For her blind auditions which was broadcast-ed on September 25, 2012, she sang a rendition of Natalie Imbruglia’s Torn, which led all four judges to turn their chairs; Pop ultimately chose to join Team Blake.

Having successfully advanced to the next rounds, Pope soon found herself going up against fellow competitor, Ryan Jirovec with a rendition of Gavin DeGraw’s Not Over You. A stunning performance, it led her to be saved by her coach, while Jirovec was eliminated from the competition. For the subsequent Knockout Rounds, the singer was paired by Blake to be with Suzanna Choffell; after singing a rendition of Maroon 5’s Payphone, it was ultimately Pope that once again moved onto the next stage.

For the Live Playoffs, Pope sang Avril Lavigne’s hit classic, My Happy Ending, which led her to be saved by the public vote, effectively putting her into the Top 12. From there, she chose to sing Kelly Clarkson’s Behind These Hazel Eyes which having captured the hearts of the audience, garnered her yet another save by public vote. Before long, she was competing in the Live Top 10; for that, she performed Miranda Lambert’s Over You which soon reached within the top ten on iTunes.

Successfully advancing in the competition over the next few weeks, Pope soon found herself standing on stage as one of the finalists during the Live Finale Round. For the highly anticipated finals, she chose to sing Miranda Lambert’s Over You, Sheryl Crow’s Steve McQueen, and Angie Aparao’s Cry. At the end of it all, she emerged as the grand champion while fellow competitor Terry McDermott came out as the runner-up. 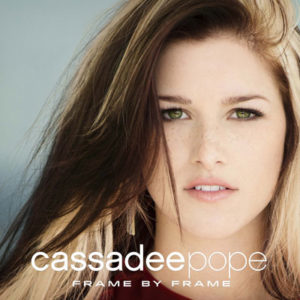 After forging a recording deal with the country music label, Republic Nashville, Pope released her major label debut, Frame by Frame on October 8, 2013. Consisting mostly of pop rock and country tunes, its production was handled by Scott Borchetta, Max Martin, Nathan Chapman, Dann Huff, and the artist herself. Her first full length album, it came with an eleven-song track list which consisted of the titles One Song Away, Proved You Wrong, Wasting All These Tears, I Wish I Could Break Your Heart, Good Times, and Champagne.

In terms of chart performance, Frame by Frame entered the Billboard Top 200 at number nine and sold approximately 43,000 copies during the first week; additionally, it also managed to peak at number one on the Top Country ALbums Chart. Although the album garnered much praise for her stunning vocal delivery, some critics felt that its tracks showcased a lack of originality. Regardless, the general consensus seemed to be primarily positive. Frame by Frame later produced two singles, I Wish I Could Break Your Heart, and Wasting All These Tears, the latter of which has since gone Platinum in the US.

From there, it wasn’t until the summer of 2016 that Pope came out with the EP, Summer. Once again released through Republic Nashville, its production was handled by Corey Crowder. Working together with him, she wrote four new songs, Alien, Kisses at Airports, Piano, and Summer, which were featured in the extended play; altogether, there were 13-minutes worth of country pop on the disc. A prelude to her upcoming second album, it attained moderate success having peaked at number 164 on the Billboard 200 and at number fourteen on the Top Country Albums Chart.

Around that same time, Pope received a big break after collaborating with fellow country singer, Chris Young in the hit single, Think of You. A smash hit, it reached number two on the Hot Country Songs Chart and garnered her a Grammy Award nomination for “Best Country Duo/Group Performance” earlier this year. Subsequently, Pope also supported Young in his 2016 I’m Comin’ Over World Tour.

The former The Voice winner has something to be excited about- just last month, she got engaged to Rian Dawson, her boyfriend of seven years, which is also involved in the music industry. According to reports, the pair had began dating back in 2010. Since then, Pope’s engagement announcement on Instagram has earned well over 70,000 likes.

Just two days after her boyfriend (now fiancee) popped the question, she hit the red carpet donning a beautiful silver dress for the 2017 Grammy Awards. The artist later earned a nomination for the category of “Best Country Duo/Group Performance” which she shared with fellow country singer, Chris Young.

As far as upcoming releases go, Pope has stated that she is hoping to release something in the near future- that she has been writing “a ton”. We’ll just have to wait patiently for it to be released!

If you’d like to keep in touch with the Grammy-nominated artist, you can do so by following her on social media- you can find Cassadee Pope on Twitter at @CassadeePope or on Facebook at @CassadeePope.