Tiesto Net Worth – How Rich is Tiesto 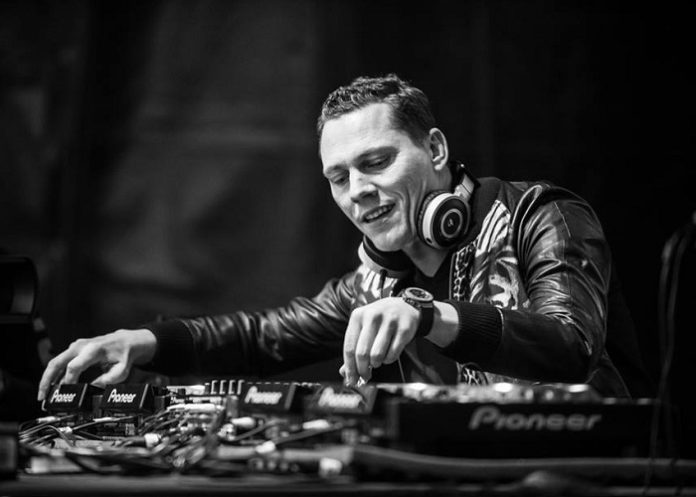 Tiesto is one of the most celebrated and popular DJs of the last twenty years. In a career that has been hugely influential in creating the mainstream popularity of the electronica music scene today, he has broken records and broken new ground when it comes to bringing electronic music to the ears of the masses.

Tiesto has been showered with awards and accolades during his career, and with the glory has come considerable wealth. For most of his career he was the highest earning and richest DJ of them all, but how exactly did Tiesto make such a significant mark in clubs across the Globe? And quite how big is his fortune today? Read on to find out.

How Did Tiesto Make His Money & Wealth?

Breda is a medium sized town in the Southern part of The Netherlands with a population of less than 200,000 residents, yet throughout its long history it has produced a wealth of influential people. Many World class athletes, entertainers and artists have been born or lived there, among them the philosopher René Descartes, and ‘Colonel’ Tom Parker, later to become famous as the manager of Elvis. It was in Breda that Tiesto was born as Tijs Michiel Verwest on January 17th 1969, and it was there that he picked up an early appreciation of music and DJing.

By the age of fourteen Tiesto was already making money from DJing, playing professionally at small venues and school parties, and by the time he was sixteen he was playing regularly at The Spock, a club in Breda where he perfected his unique style of live music in all-night sessions at weekends. He mainly concentrated on the explosive acid house and new beat genres, both beginning to become hugely popular across Europe at the time.

Tiesto’s appearances at The Spock became almost legendary, playing every week for six hours until 4am clubbers soon were attracted to Breda from across The Netherlands to hear him play, and in 1994 he was signed by an independent label from Rotterdam called Basic Beat Recordings, where he met a fellow electronic dance music (EDM) fanatic called Arny Bink. During 1995 to 1997 Tiesto produced the Forbidden Paradise series of mix CD’s, five in total, that soon received a great deal of critical acclaim and approval from the electronica music scene. In 1997 Tiesto and Arny Bink left Basic Beat Recordings to form their own label called Black Hole Recordings.

With new contacts in the music business Tiesto’s popularity grew. He created two sub labels, In Trance We Trust and SongBird, and also produced and released a series of trance compilation mixes entitled ‘Magik’ on the BlackHole Label. His new Label venture also supported up and coming artists such as Armin van Buuren and Ferry Corsten, both future stars of the EDM World, and Tiesto embarked on a busy series of global tours that brought him to the attention of people outside his native Holland for the first time, Nettwerk signed him up in a US distribution deal at about the same time that he released Summerbreeze, an album that included a remix of Deleriums ‘Silence’, featuring Sarah McLachlan. The Silence remix, comprising over eleven minutes of fast-paced throbbing beats with McLachlan’s vocals intertwined superbly into the sound. It was a huge hit not only in clubs around the World, but it achieved mainstream commercial success too, with four weeks in the UK top ten as well as peaking at third place on the Billboard dance chart.

Tiesto soon became recognized as one of the premier producers on the EDM scene, he not only brought the new wave of club dance onto the mainstream stage but he helped create the popularity of house music woven with ethereal female vocals within the sound. Greater fame and riches came his way with a succession of remixes that he produced and released at an incredible pace. His first solo album ‘In My Memory’ was released in 2001 and the following year, and perhaps most fondly remembered by fans of his work from the early years of the new millennium came the mix compilation ‘In Search Of Sunshine’, a sublime Ibiza-scene themed album that was hailed as an instant classic.

Back then the concept of a single DJ playing to huge crowds was completely unknown, but Tiesto became the first DJ to play alone at a huge venue in May 2003. He performed to a 25,000 strong crowd at the GelreDome in Arnhem in The Netherlands, the event later being released on DVD under the title ‘Tiesto in Concert’. The revolutionary and ambitious event was so successful that he repeated it the following year on two successive nights, this time to a sell out crowd of 35,000 and supported by other up-and-coming DJs, dancers and live music during parts of the set.

Tiesto was at the top of the DJ list and the most sought after of the new wave of EDM artists, and he was treated almost like royalty in EDM circles, he even received a Dutch national honor from Queen Beatrix of The Netherlands shortly after the release of his second solo album ‘Just Be’ in 2004. That same year he made another ground breaking step for a DJ, and this time it was on a truly international stage. He became the first DJ to play live at an Olympic Games, performing for over 90 minutes at the opening ceremony of the Athens 2004 summer Olympics at the invitation of the organizers, he even went so far as to create new mixes particularly for the event and several members of the Dutch Olympic team got so carried away with the national pride, and the music that Tiesto brought to the event that they were asked politely to refrain from dancing in front of Tiesto’s booth during the ceremony.

Now recognized globally as the premier DJ and able to command huge fees for performances Tiesto once again hit the road, touring through several countries in Latin America, always to thousands of fans and in 2005 he came to the United States, making his American debut in Los Angeles at the Memorial Sports Arena in August of that year, where he was supported by the dancers of the Cirque du Soleil. He followed that event up with New Years Eve concerts in America for two years running at the Orleans Arena in Las Vegas, Nevada. His popularity state-side led to him being voted most popular DJ in a poll by BPM Magazine in 2005, and his international star status saw him performing to a huge crowd in excess of 45,000 in Amsterdam at the Sensation White event the following year.

Tiesto’s annual earnings during the first decade of the new millenium were greater than any other DJ, and he was the richest DJ of all. His earnings from performing live were reportedly at least $15 million a year during the period, with his income boosted by the BlackHole Label and endorsement deals, but in recent years his net earnings and personal wealth, although still substantial, have been eclipsed by the new king of the DJ’s, Calvin Harris, who currently earns at least $70 million a year compared to Tiesto’s estimated annual earnings of $40 million. Although now not the richest DJ in the World, Tiesto is unlikely to be thinking economically, in the year up to 2015 his personal wealth grew by $15 million to $90 million

Tiesto these days has turned away from his Trance roots, preferring instead to concentrate on the deep house genre, in April 2016 he founded ‘AFTR:HRS’, a label to promote the style and although he still loves the trance sound, he prefers instead to remain relevant to the new styles of music that are now more up-and-coming in the thriving dance club scene that he helped make so popular.

Tiesto is notoriously committed to his career, and as such has never tied the knot. He had a long-term relationship with Dutch model Monique Spronk until 2006, and in 2008 he proposed to girlfriend Stacey Blokzijl, but Tiesto called off the wedding due to his incredibly busy schedule and in turn Stacey cancelled the engagement. To date it seems the Superstar DJ is still very much married to his incredibly successful and time consuming career, but he hasn’t completely given himself over to his work, since 2015 he has been dating Annika Backes, a model from Denver, Colorado.

Tiesto reportedly makes around $40 million per year, mainly from performing live, which he continues to do around the World, but his income is also boosted by his many labels, collaborations with other artists and DVD sales of past performances. He has collaborated with fashion designer Giorgio Armani to produced limited edition Tiesto clothing and he has endorsed several festival giants, such as Insomniac and Ultra, and also worked with 7UP, with whom he signed a whopping $30 million deal in 2014. His fifth studio album ‘A Town Called Paradise’ was released in 2014 and achieved album success globally, as well as commercial successes with several subsequently released singles from the album.

Tiesto has managed to keep his feet firmly on the ground despite his unprecedented success in his chosen career. The superstar DJ owns properties around the World but a measure of his humility can be gathered by his decision to buy a relatively unassuming corner town-house in Miami in 2009. The property was furnished with minimalistic furniture and a billiards room and bar, but Tiesto felt no need to buy a home with a swimming pool and heli-pad, instead opting for a quiet home-life to counteract his dynamic and fun-filled career.

Tiesto has been involved in many charitable events during his career, often performing for free in order to benefit a worthy cause. In September 2014 he was the main attraction at Central Park in New York City for the Global Citizen Festival, he also supported the organization earlier that same year by headlining at their Thank You Festival, which saw proceeds going towards the World Childhood Foundation. He released an album in 2012 in support of AIDS charities, which he has supported a great deal during his career, in 2006 he was dubbed the Official Global ambassador of the Dance4Life organization which aims to promote awareness of HIV and encourage safe sex.

In 2015 Tiesto was awarded a Grammy Award for his remix of ‘All Of Me’ which was originally recorded by R&B singer John Legend, and he has been consistently voted in the top three most popular DJ’s World-wide since 2002 by DJ magazine. In 2003 he was voted the 40th Greatest Dutch citizen of of time and in 2011 Mixmag voted him the best DJ of all time, but amongst these, and an amazingly huge number of other accolades that the artist has received, perhaps the one that most recognizes the humble performer that just wants to give people some great tunes to enjoy is the one he received on January 14th 2017, when Tiesto was awarded the key of the city of Las Vegas, where he performs regularly at Hakkasan Nightclub to huge crowds of admiring fans. January 14th is now known simply as ‘Tiesto Day’ in Clark County, Nevada.