What Happened to Christopher Mintz-Plasse AKA Mclovin – 2018 News & Updates 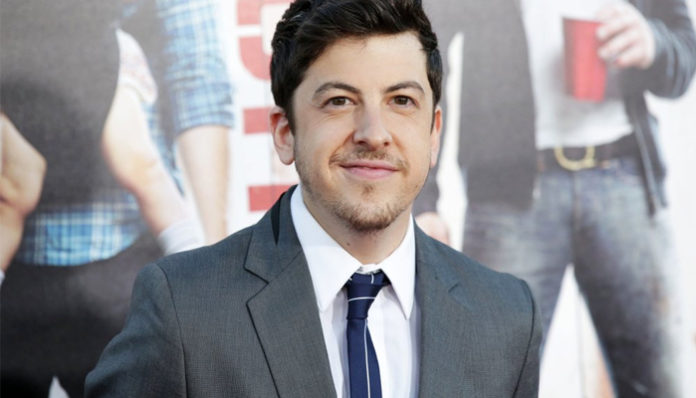 American actor Christopher Mintz-Plasse- also known as his stage name “McLovin”, has starred in several films throughout the years such as Kick-Ass (2010) and Role Models (2008). Born and raised in Woodland Hills, California, he first tried his hand at acting at the age of six in a school drama class. At the age of seventeen while still in high school, Mintz-Plasse decided to audition for the comedy film, Superbad alongside a couple of friends. While the latter didn’t end up making the cut, Mintz-Plasse was eventually offered one of the lead roles in the movie- which ultimately served as his big screen debut. For his portrayal in the comedy, the aspiring actor received much widespread attention, not to mention an MTV Movie Award nomination for ‘Breakthrough Performance” in 2008. As fans would know, the film also earned him his current moniker, McLovin- who happened to be the character that he played on screen. Later that same year, he appeared on television for the first time in an episode of romance comedy, Wainy Days (2007).

From there, Mintz-Plasse eventually collided with another huge opportunity when he was selected to play a lead role in yet another comedy flick, Role Models (2008). Warmly received upon its release, the film ultimately helped to further boost his up-and-coming career in the show business. After playing a supporting character in the movie Year One (2009), the California-native received another big break when he was cast as Chris D’Amico, the primary antagonist in the independent superhero film, Kick-Ass (2010). A critical hit, it ended up garnering him a Teen Choice Award nomination for “Choice Movie: Villain” and a Scream Award nomination for “Best Supporting Actor”. That same year, he also made his voice-acting debut in the Dreamworks animated film, How to Train Your Dragon (2010), where he lent his voice to a character by the name of Fishlegs Ingerman.

While he started out his career in film, Mint-Plasse has also appeared in a number of television series throughout the years. Following a guest appearance in Party Down (2010), he was chosen to play one of the lead characters in the comedy, Friend Me (2012). Unfortunately, the show never made it on air as it was later cancelled by CBS. Another opportunity soon came his way however, as he found himself starring in the TV mini-series, The Far Cry Experience (2012). Around that same time, he also reprised his role as Fishlegs in the animated series, Dragons: Riders of the Berk (2012), which continues from the 2010 film. Over the years, Mint-Plasse has taken on over forty different roles as both an actor and a voice-actor.

So what has the California-born actor been busy with these past few months? Has he recently landed any new roles in film or television? Will we be seeing him on screen anytime soon? What happened to Christoper Mintz-Plasse? Where is he now in 2018? 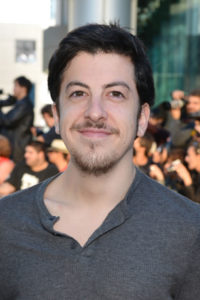 Born on June 20, 1989 in Woodland Hills, California, Christopher Mintz-Plasse is the son of Ellen Mintz and Ray Plasse; he is of Irish, Polish, Jewish and French-Canadian descent. At the age of six, he acted on stage for the first time in a school drama class- little did he know at the time, that he would eventually be climbing his way up to stardom as a professional actor. As a teenager, he went to El Camino Real High School where he was popular among his peers. At the age of seventeen, Mintz-Plasse along with a few buddies, decided to audition for the comedy film, Super Bad (2007). While his friends didn’t end up making the cut, the Woodland Hills-native was later offered one of the principal roles in the film.

Thus, acting alongside actors Jonah Hill and Michael Cera, Mintz-Plasse made his motion picture debut in the comedy, Superbad in the summer of 2007. Directed by Greg Mottola, the film centered around two teenagers named Evan and Seth who are about to graduate from high school; prior to graduating however, they’re determined to lose their virginity at a local party. While Hill and Cera played the roles of Seth and Evan respectively, Mintz-Plasse portrayed the part of Sam Fogell- one of their friends who using a fake ID, helps the two to purchase alcohol; he later makes love to a young woman named Nicola. Since Mintz-Plasse was a minor at the time, his mother was legally required to be present on set during the particular sex scene.

In addition to the previously mentioned cast members, Super bad also featured the talents of Bill Hader, Seth Rogen, Emma Stone, Martha MacIsaac, and Aviva Baumann. Filmed in Culver City, California, the comedy proved to be a major success upon hitting theaters- during its opening weekend, it grossed over $33 million across 2900 locations. Number one on the US box office for two weeks, it eventually went on to gross a total of $121.5 million in ticket sales in the US and Canada alone; worldwide, it earned a total of $170 million- which is over eight times that of its production budget of $20 million. 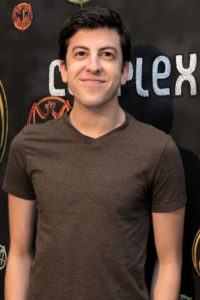 Following a small role in the television series, Wainy Days (2007), Mintz-Plasse received another big break when he was cast as one of the main characters in the comedy flick, Role Models (2008).

Directed by David Wain, the film centered around two energy drink representatives named Danny and Wheeler who are ordered to serve 150 hours of community service after their wild behavior lands them face to face with the law. For their particular service, they are enrolled in a Big Brother program that is designed to pair young children with adult role models- thus the name of the film. while Seann William Scott and Paul Rudd took on the roles of the two grown trouble makers, Christopher Mintz-Plasse played as Augie, a geeky teen obsessed with live-action role playing games, who is paired to Danny as part of the program. Although Augie initially pays little attention to Danny, the pair eventually bond after realizing that they are both enrolled in a program called Sturdy Wings.

After an initial premiere in Westwood, Los Angeles, Role Models was released nation-wide on November 7, 2008. A relative hit, the Universal Pictures film opened second at the US box office, behind the animated movie Madagascar: Escape 2 Africa (2008); it grossed over $19 million during its opening weekend. Altogether, it earned over $92 million worldwide in ticket sales by the time it came off the screens. Critically acclaimed, Role Models garnered positive reviews from various sites such as Metacritic and Rotten Tomatoes. At the end of the year, it was also hailed as the “Best Comedy Film of 2008” by IGN. 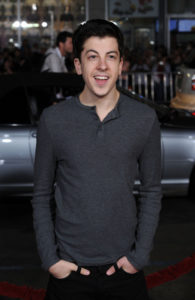 Two years later, the actor was cast as one of the primary antagonists in the independent black comedy film, Kick-Ass (2010). Directed and produced by Matthew Vaughn, who also helped to co-write the screenplay, it depicted the story of an average high school student named Dave Lizewski who one day, decides to be a real-life superhero despite the lack of any special powers. Calling himself “Kick-Ass”, he eventually finds himself in the center of attention after he crossed paths with a former cop named Big Daddy, who is on a quest to bring down a local crime boss and his son. In the film, Mintz-Plasse portrayed the role of Chris D’Amico aka Red Mist- the crime boss’ son; other members of the main cast include Aaron Johnson, Mark Strong, Chloe Grace Moretz, Nicholas Cage, and Lyndsy Fonseca.

Filmed in various locations in Toronto and London, Kick-Ass grossed over $19.8 million during its first weekend in the United States across 300 theaters. During its international premier, it also took in over $12 million; by the end of its theatrical run, the independent comedy had grossed approximately $96 million worldwide. Although the movie sparked some controversy for its violence and profanity, the general consensus among critics was positive. Possibly one of his best remembered portrayals on the big screen, Kick-Ass garnered Mintz-Plasse a Scream Award nomination for “Best Supporting Actor” and a Teen Choice Award nomination for “Choice Movie: Villain” later that year. 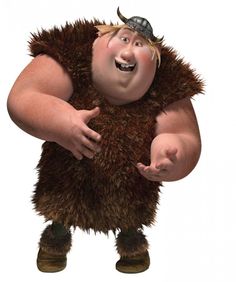 After playing a handful of live-action roles, the actor made his voice-acting debut in the DreamWorks 3D animated film, How to Train Your Dragon (2010). Based loosely on a series of novels of the same name by author Cressida Cowell, the movie took place in a mythical Viking world where a young teen named Hiccup strives to become a dragon slayer. Shortly after capturing his first dragon however, he finds himself befriending it, instead of killing it as per tradition. While Jay Baruchel provided the voice for Hiccup, the movie’s main protagonist, Mintz-Plasse played a supporting character by the name of Fishlegs Ingerman- an enthusiastic youngster who is incredibly knowledgeable in dragons.

A major commercial success, How to Train Your Dragon topped the box office with a gross of $43.7 million during its opening weekend. The fifth highest-earning animated film of its year, it eventually went on to gross a worldwide total of $494 million against a production budget of $165 million. Universally acclaimed, the film received nothing but glowing reviews from critics, who lauded it for its dazzling animation, and amazing script. Later nominated for an Academy Award for “Best Animated Feature”, How to Train Your Dragon also earned Mintz-Plasse a Behind the Voice Actors Award nomination, which he shared with the rest of his fellow cast.

Since then, he has reprised his role as Fishlegs many times for instance in the shorts, Legend of the Boneknapper Dragon (2010) and Dragons: Gift of the Night Fury (2011). In 2010, he also began voicing the character in the television series Dragons: Riders of Berk, which served as a bridge between the first movie and the second, How to Train Your Dragon 2 (2014).

Speaking of dragons, it has been announced that the actor will once again be reprising his role as Fishlegs in the third installment of the film, How to Train Your Dragon 3, which is tentatively set for a 2019 release.

In terms of more recent projects, Mintz-Plasse will be appearing in the upcoming comedy drama film, The Disaster Artist. Directed by James Franco, it will also be featuring Zoey Duetch, James Franco, Alison Brie, Bryan Cranston, and Zac Efron, among others. Filmed in Los Angeles, California, it is set to be released in the Philippines on December 6, 2017; no release date for the United States have been announced as of yet.

As for ongoing projects, he has recently been appearing regularly in the comedy series, The Great Indoors (2016). Not to mention, his role as Fishlegs in Dragons: Race to the Edge (2015).

If you’d like to keep in touch with him, you can do so by following Christoher Mintz-Plasse on social media- you can find him on Twitter and Instagram at @mintzplasse.