What Happened to Danielle Bradbery – Now in 2018 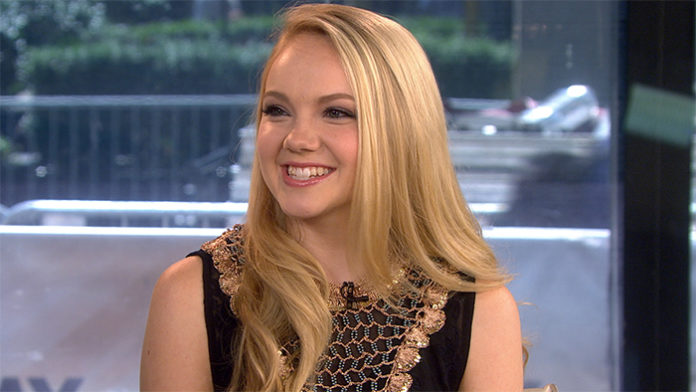 American country singer Danielle Bradbery is best recognized as the winner of the fourth season of the NBC reality competition, The Voice. The youngest singer to win the show at the time, she was dubbed “the next big thing” by her coach and mentor, Blake Shelton. Despite her extraordinary talents, as witnessed during her time on the series, the blonde claimed that she had never sang in front of a large audience before- that it was her first time doing so on national television. Prior to being on The Voice, the only singing that she did was in front of her bedroom mirror, with hairbrush in hand. In 2013, the then seventeen year old auditioned for the popular competition with a rendition of Taylor Swift’s hit song, Mean. Successfully impressing three out of the four judges (e.g. Usher, Blake Shelton, Adams Levine), Bradbery subsequently chose Shelton as her coach, having earned herself a coveted spot on the show.

Advancing to the Battle rounds, Bradbery’s vocal talents soon led her to be chosen over fellow contestant Caroline Glaser. After many weeks of performances, the aspiring vocalist found herself standing on stage as one of the finalists during the Live Finale. From there, it wasn’t long until she was announced as the winner of the fourth season on June 18, 2013. Not only did the win garner her much widespread attention- especially as the youngest artist to have ever won the competition, but it also earned her a recording deal with the Big Machine Records label. Just a month later, Bradbery released her debut single, The Heart of Dixie, which proved to be a commercial success, having since sold over 375,000 copies in the United States. Later that November, the recording artist released her eponymous debut album, Danielle Bradbery (2013). Met with overwhelmingly positive reviews, it ended up peaking within the top twenty on the Billboard Top 200 Chart- a fairly impressive feat for seventeen-year-old.

Since then, the former The Voice winner has released two additional singles, Young in America (2014), which charted on the US Country Airplay Chart and Friend Zone (2015), which peaked within the top fifty on the Top Country Songs Chart. In addition to her independent releases, Bradbery has also contributed to The Voice’s album, The Complete Season 4 Collection (2013), and a number of singles for the franchise. Recognized for her accomplishments, the Texas-native was nominated for an American Country Countdown Award for “Female Vocalist of the Year” in 2014. Since her win on The Voice, Bradbery has also been invited as a musical guest onto The Tonight Show with Jay Leno (2013), Katie (2013), and The View (2013).

What has the artist been up to in the recent years? Does she have any new releases planned for the upcoming future? What can we expect to see from the former The Voice winner? What projects, if any, does she have up her sleeve? What happened to Danielle Bradbery? Where is she now in 2018? 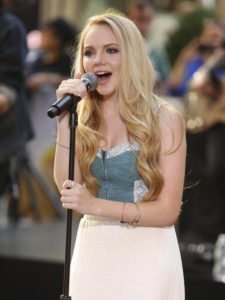 Born on July 23, 1996 in League City, Texas, Danielle Simone Bradbery is the daughter of Gloria Redden Martinez and Danny Bradbery; the second oldest out of four siblings, she has a sister named Monica and three half brothers, Collin, Drew and Drake. When she was still a young child, her family moved to the community of Cypress, where she spent most of her youth. As a teen, she was a student at Cypress Ranch High School. Although music was something that she had loved, the blonde claimed that she had never once sung in front of an audience prior to her participation in The Voice. According to the star herself, the only singing that she did was in front of the mirror in her bedroom, with a hairbrush in hand.

At the age of seventeen, Bradbery- who was still completing high school, was met with the opportunity to audition for the popular NBC reality competition, The Voice. For her try outs, the blonde sang a rendition of Mean by Taylor Swift; an impressive performance that prompted three out of the four judges (e.g. Usher, Adam Levine, Blake Shelton) to turn their chairs around. Selecting Levine to be her coach, she ultimately earned a coveted spot in the competition.

Danielle Bradbery on The Voice 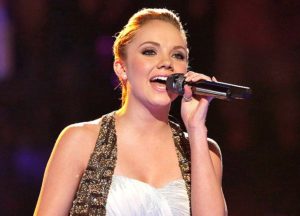 Having successfully advanced through the auditions, Bradbery found herself amongst a number of contestants- all competing for a chance to bring home the grand prize of $100,000 and a recording contract. Originally premiered on March 25, 2013, the fourth season of The Voice was hosted by Carson Daly; the judges’ panel consisted of Blake Shelton, Adam Levine, Shakira, and Usher. Unlike the previous seasons, season four featured smaller team sizes (e.g. twelve per team).

During the subsequent Battle rounds, Bradbery was paired up with fellow singer, Caroline Glaser by Coach Shelton. Together, the two performed a rendition of Put Your Records On by Corinne Bailey Rae. Following the performance, Bradbery was saved by the judge while Glaser was eliminated from the competition. Moving on to the next stage, the vocalist later found herself singing against Taylor Beckham in the Knockouts- a round which once again saw only one of the two advancing to the next round. During that week, Bradbery sang Carrie Underwood’s Jesus Take the Wheel, which led her to be saved from elimination; Beckham was consequently sent home.

Having earned a spot in the Top 16, Bradbery later performed Maybe It Was Memphis by Pam Tillis, which ultimately earned her enough votes from the public to advance to the next week. From there, the country singer eventually performed Wasted by Carrie Underwood in the subsequent round, which led her straight to the Top 10 Playoffs. Fuelled by her ever-growing determination to win the competition, she gave it her all in a performance of Jo Dee Messina’s Heads Carolina, Tails California, which soon became the first song to reach the top ten on the iTunes Charts.

A couple of eliminations later, the country singer performed Grandpa (Tell Me ‘Bout the Good Ol’ Days) by The Judds during the Top 8, which advanced her to the Top 6. The following week, Coach Blake Shelton chose Pam Tillis’ Shake the Sugar Tree for her to perform, which she ended up executing perfectly. During that same stage, Bradbery also sang A Little Bit Stronger by Sara Evans, which earned her much applause from the audience. Continuing to inch closer to the finals, the Texas-native soon found herself singing Who I Am and Please Remember Me during the top five; the two songs would later reach the top ten on the iTunes Charts.

Carried by her natural talents, Bradbery eventually found herself standing amongst a handful of finalists at the Live Finales. For the final performance, she collaborated with Coach Blake Shelton on Honky Tonk Angel’s Timber, I’m Falling in Love. Afterward, she also sang Maybe It Was Memphis- the same song that she performed during the Top 16. Not long afterward, it was revealed that Bradbery had finished in first place, making her the winner of the whole season. Only seventeen years old at the time, she was the youngest champion that the show has ever seen; not only that, but she also had the highest amount of iTunes downloads than any other contestant in the history of The Voice.

Danielle Bradbury After The Voice 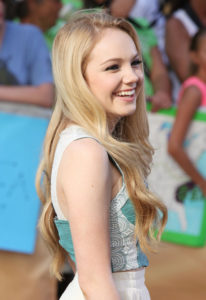 As part of her winnings, Bradbery was quickly signed to Big Machine Records following her win on the NBC reality competition. That summer, on July 16, 2013, the country singer released her debut single entitled, The Heart of Dixie. Written by Troy Verges, Brett James, and Caitlyn Smith, it entered the Billboard Country Airplay at number sixty, where it remained for a week. Additionally, it also peaked at number fifty eight on the Billboard Hot 100 and at number sixteen on the Hot Country Songs Chart; in Canada, it also charted on the Country and Canadian Hot 100 Charts. Accompanied by a music video directed by Shane Drake, The Heart of Dixie has sold over 356,000 copies domestically as of 2014.

A few months later, the singer came out with her self-titled studio album, Danielle Bradbery. Produced by Brett James and Dann Huff, it came with a collection of twelve country songs including the titles Daughter of a Working’ Man, I Will Never Forget You, Endless Summer, Yellin’ From the Rooftop, Talk About Love, and My Day. In addition to the standard edition, a deluxe version was also released which contained four bonus tracks, Who I Am, Born to Fly, Jesus Take the Wheel, and Maybe It Was Memphis.

Following its in-store release, Danielle Bradbery entered the US Top Country Albums Chart at number five; within the first week, it had sold approximately 41,000 copies. A considerable success for the seventeen year old teen, it also peaked at number nineteen on the Billboard 200. The album eventually spawned two singles, Young in America and The Heart of Dixie.

After a year’s break, Bradbery returned with a new single entitled, Friend Zone on August 28, 2015. Made available via digital download, it was written by the artist herself with help from Shari Short, Johan Lindbrandt, and Mikal Blue. Despite marking her comeback into the music scene, the single was generally panned by critics; for instance, the cliche metaphors found throughout the song were target of much criticism. Given a D- rating by Jim Casey writing for Nash Country Weekly, Friend Zone disappointingly was never released to country radio. Having said that, it did reach number forty one on the Billboard Hot Country songs Chart.

Aside from her releases as a solo recording artist, Bradbery has also contributed to The Voice’s The Complete Selection 4 Collection, which was made available for download on June 19, 2013. With The Voice franchise, she has also sang a number of singles including A Little Bit Stronger, Who I Am, Born to Fly, Please Remember Me, Timber I’m Falling in Love, and Wasted, to name a few.

More recently in 2016, she collaborated with fellow American country singer, Thomas Rhett in the song, Playing with Fire.

If you’d like to see the former The Voice winner perform on stage, you’re in luck- according to her official website, she has a couple of shows scheduled this upcoming year in March and June in Nashville, Tennessee and Walker, Minnesota respectively. If that tickles your fancy, be sure to grab your tickets while they’re still available. In addition, she’ll be also making an appearance at the Tin Pan South Songwriters Festival- a five-day festival scheduled to take place form March 28 to April 1, 2017.

As far as other performances go, Bradbery recently sang at the 2017 NFL Players Party on February 12, 2017. Some of the other artists featured at the event include The Beach Boys, Montgomery Gentry, Hunter Hayes, Tracy Byrd, and the Sunshine Band.

If you’d like to stay connected with the 20-year-old singer, you can do so by following her on social media- you can find Danielle Bradbery on Twitter at @DBradbery or on Instagram at @DanielleBradbery.