What Happened to Richard Simmons – 2018 Update 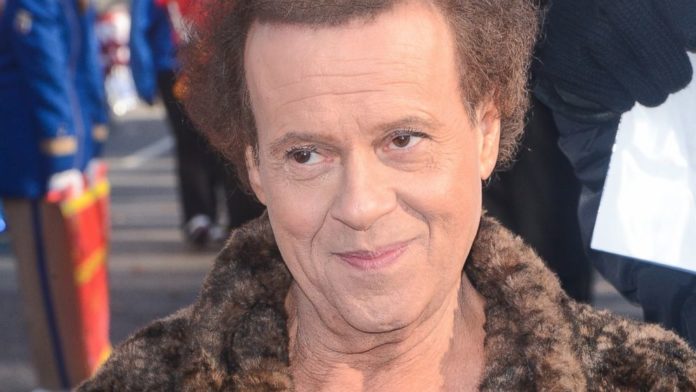 To a lot of people, Richard Simmons is something of a role model. He came from a very humble background, and he ended up creating fitness videos that changed the lives of millions of people. Even better? Simmons did all of that with a positive attitude and a big smile on his face. He championed fitness regimes that placed a strong emphasis on positivity and self-card, and he was well regarded for that. However, in more recent years, fans of Richard Simmons have been greatly concerned by his more reclusive behavior. He has not appeared in public for a very long time. What is Richard Simmons doing now in 2018? Is Richard Simmons sick? Is Richard Simmons dead? In this article, I intend to answer all of those questions, among a few others. Without further ado, let’s catch up with this pop culture icon.

Richard Simmons was born as Milton Simmons in New Orleans, Louisiana, in July of 1948. His parents were in show business, and his entire family lived in the French Quarter, a historically and artistically significant neighborhood in New Orleans. His father worked a lot as a master of ceremonies, and his mother occasionally worked as a traveling fan dancer. So needless to say, Simmons was born with a little bit of showmanship in his blood. Richard practiced Catholicism during his adolescence, and he attended secondary school at Cor Jesu High School, a private all male preparatory school in New Orleans. This school has been known as Brother Martin High School since 1969. Believe it or not, Richard wasn’t all that fit when he was growing up. Partially due to his asthma, he wasn’t able to exercise as much as most other people, and so he suffered from weight problems. 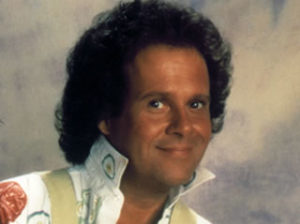 The weight problems were very serious. He was obese for a good deal of his young life, and he weighed over 250 pounds by the time he was graduating from high school. After Cor Jesu High School, Simmons would attend the University of Southwestern Louisiana, a small public research university in Lafayette. (The college has been known as the University of Louisiana at Lafayette since 1999.) After a studying for a little bit there, Simmons transferred to Florida State University and would end up graduating with a bachelor’s degree in art. Upon obtaining this degree, Richard Simmons made the decision to move to the big city (New York City, to be exact) in order to pursue a real career. While living in New York City, he would work a pretty wide assortment of jobs. He worked in advertising, in sales for a couple of different cosmetics companies, and even as a waiter.

Considering his problems with his weight, it may seem sort of surprising that Richard Simmons would decide to work in fitness. However, when you consider how it all went down, it actually makes a lot of sense. Simmons moved to Los Angeles during the 1970’s, and although he was interested in fitness, he really wasn’t drawn to any of the fitness fads that were popular at the time. (For those of you who were alive at the time, you may remember the buzz that surrounded trends like the Atkins diet or the grapefruit diet.) Simmons also had trouble getting involved in any local gyms or fitness clubs, since the mass majority of them assumed that your average gymgoer was already in good shape. As an overweight man, it was up to Simmons to get into shape on his own, and he didn’t have to resort to any trendy fad to do it. 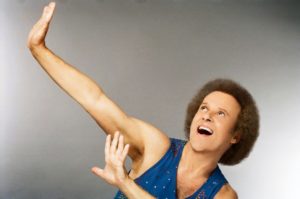 The Richard Simmons weight loss regime was pretty simple. It was fitness and health in its most basic form. Eat healthy food at healthy portions and exercise in a way that you consider fun. By following this regime, Simmons was able to lose over 100 pounds, bringing him down to a much healthier weight. Inspired by his own positive transformation, Richard ended up opening his own exercise studio called The Anatomy Asylum. (Today, The Anatomy Asylum is perhaps better known as Slimmons.) This studio placed a strong emphasis on healthy eating and exercise in a supportive environment. You don’t have to worry about encountering any “tough love” at this gym. Simmons always thought that it was important for people to have fun while they were exercising, and you could definitely see that happening at The Anatomy Asylum.

Due to the success of his studio, Simmons started to become an increasingly popular figure in the media. He started out by having small roles on celebrity game shows like Win, Lose or Draw, and Super Password. Simmons eventually landed a recurring role on the hit show General Hospital, where he played himself. Following all of this success and popularity, Simmons ended up getting his own shows during the 1980’s: Slim Cookin and The Richard Simmons Show, the latter of which would get a great deal of positive publicity. He became pretty much famous for his fitness programs, his wardrobe, and his personality. Even once his show came to an end, he would still have guest appearances on popular television shows like Saturday Night Live, Arrested Development, and even Rocko’s Modern Life. Simmons was even featured on commercials for things like Yoplait yogurt and Herbal Essence shampoos. 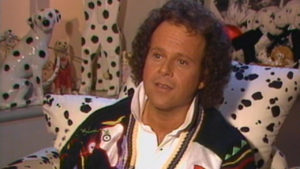 Needless to say, Richard Simmons had effectively become an American pop culture icon. Pretty much everyone knew his name, and everyone knew what he was famous for. Being the good guy that he is, Simmons has used his platform as a national celebrity to draw attention to issues that are near and dear to his heart. In 2005, he was busy raising awareness to the effects of Hurricane Katrina on New Orleans, his hometown. He has also been a champion for The Strengthening Physical Education Act of 2007, a bill that would mandate non-competitive physical education is public schools. Simmons may not be the most glamorous celebrity that pops into your head, but he is definitely a more active celebrity. His presence in the world is what has made his recent reclusive behavior so troubling to many of his fans. What is Richard Simmons doing?

To put it simply, Richard Simmons has not appeared in public since March of 2014. People initially weren’t too concerned about this. Simmons has always been a more private guy. He has been public about the fact that he doesn’t have many close friends. However, his friends became deeply concerned by the intensity of his reclusive behavior. He stopped talking to friends. He stopped going out in public. He wasn’t even attending his gym. It seriously disturbed a lot of people, and by March of 2016, a lot of people began to draw up all different kinds of crazy rumors. Some of his fans worried that he was struggling with mental illness. Other fans worried that he was physically unwell. A smaller subset of fans went so far as to believe that his housekeeper was holding him hostage. In order to dismiss these claims, Richard Simmons conducted an audio interview on the Today Show, where he dismissed the rumors and reassured his fans that he was perfectly fine.

Some were not convinced by the fact that the interview was conducted over the phone, and their concerns were not lowered by the fact that his exercise studio Slimmons ended up closing. In February, a friend of Richard Simmons started a podcast called Missing Richard Simmons, which sparked renewed interest in the man’s private life. Due to this renewed interest, the LAPD ended up coming to Richard’s house just this March in order to conduct a welfare check. They a statement saying that Simmons is in perfectly good health, and that he is simply choosing to live his life as he pleases. Fans of Richard Simmons shouldn’t be too concerned about his well-being, although it is sort of sad that he has decided to step away from the spotlight. Still, he has given a lot to the world, so I suppose he does deserve some sort of break.