What Happened to Dream – The Girl Group Now in 2018 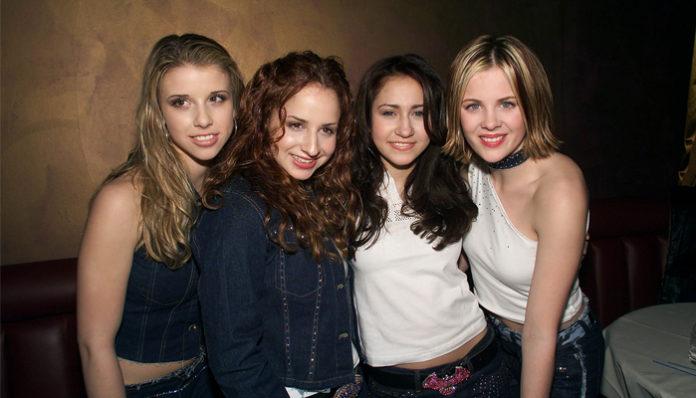 The American all-girl pop group, Dream first received widespread attention for their hit single, He Loves U Not in 2000. Based in Los Angeles, California, the group consisted of four members, Alex Chester, Ashley Poole, Holly Blake-Arnstein, and Melissa Schuman, all of whom were in their early teens in the late 90’s, when they were scouted by talent agent, Judith Fontaine. Invited to form a new girl group, they named themselves as First Warning, prior to re-branding themselves to Dream. Shortly afterward, they signed with Sean Combs’ Bad Boy Records label and were ready to embark on a professional music career. Prior to the release of their first record however, Chester quit which led to Diana Ortiz coming in. In the fall of 2000, Dream came out with their debut single entitled, He Loves U Not which eventually peaked at number two on the Billboard Hot 100. Considered to be their breakthrough hit, it ultimately kick started their music career.

The following year, Dream released their first full length album entitled, It Was All a Dream– which included their previous hit. Promoted by a concert tour that sent the girls performing in North America and the United Kingdom, it proved to be a moderate success, having reached the top ten on the Billboard Top 200. Since it was first released, the album has sold more than 1,500,000 copies across the United States. Around that same time, they also opened for Destiny’s Child in their 2001 TRL Tour, which brought them some publicity. From there, it wasn’t until a few years later that the girls recorded their second studio album, Reality which eventually saw a limited release in France in 2005; it was later released in the United States in 2008 via digital download. Considering the delay however, it was not surprising that it did not achieve the same level of success as their debut album. In addition to their albums, Dream has also dropped a number of singles including This Is Me, This Is Me (Remix), and Crazy.

Despite the troubles that they ran into while recording in the late 2000’s, Dream has a number of accolades under their belt including two Teen Choice Award nominations for “Choice Music: Pop Group” and “Choice Music: Breakout Artist” and two Soul Train Lady of Soul Award nominations for “Best R&B/Soul Album of the Year” and “Best R&B/Rap New Artist”. During the peak of their popularity in the early 2000’s, they were also featured in a number of TV shows such as The Rosie O’Donnell Show (2001), Top of the Pops (2001), Walt Disney World Summer Jam Concert (2001), and Taina (2002). After recording together for five years, Dream announced that they had officially disbanded in 2003.

So what have the members been up to since then? Is a reunion out of the picture? Can we expect to see them recording together once again sometime in the future? What happened to the all-girl group, Dream? Where are they now in 2018?

The Original Lineup of the Pop Girl Group 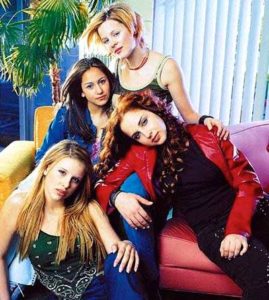 Based in Los Angeles, California- the country’s entertainment capitol, Dream’s original lineup consisted of four teens, Ashley Poole, Alex Chester, Holly Blake-Arnstein, and Melissa Schuman. Prior to the release of their first record however, Chester quit which led to Diana Ortiz coming in to join.

Born on August 3, 1985 in North Hollywood, California, Holly Blake-Arnstein served as the main vocalist for the all-girl group. At the age of thirteen, she was scouted by a talent agent, Judith Fontaine, who later invited her to join the group.

Born on August 21, 1984 in San Clemente, Californiia, Melissa Schuman caught the attention of renowned music producer P. Diddy while singing for a private event at the Beverly Hills Hotel when she was a young teen. Impressed by what he had heard, the CEO of Bad Boy Records later invited her to join the three other girls, in the new all-girl music group- which would eventually be known as dream.

Born on May 10, 1985 in Blythe, California, Ashley Poole was one of the two younger members of the quartet as she was only thirteen when she joined the group. Poole has since gone on to pursue a solo music career.

Growing up in Southern California, Alex Chester stated performing professionally at the age of five. Prior to her teens, she had already modeled for a number of magazines including Parenting, Victoria, and Woman’s Day. Alongside Poole, she was one of the younger members of the girl group.

Following the completion of the lineup, the girls adopted the name, First Warning. Later changing their minds, they later re-branded themselves as Dream. Signing to Sean Combs’ Bad Boys Record label, they soon set off to work on their music debut at the studios.

The Musical Releases from Dream Throughout the 2000’s 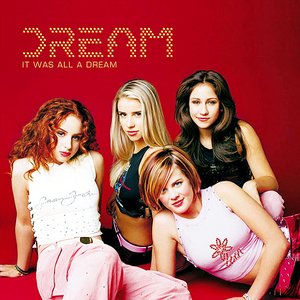 On September 5, 2000, just a few months after forging a contract with P. Diddy’s recording label, they came out with their debut, He Loves U Not. Written by Pamela Sheyne, David Frank, and Steve Kipner, the song’s lyrics revolved around cheating in a relationship as a girl confronts another who has tried to steal her boyfriend. Recorded in Sony Studios in California in late 1999, its release was accompanied by a music video, that featured the girls dancing in three separate settings. To promote the single, Dream performed live with N’Sync on their No Strings Attached Tour and also made appearances on several TV talk shows such as The Tonight Show with Jay Leno, Live with Regis, and The Rosie O’Donnel Show.

A successful endeavor, it peaked at number two on the Billboard Hot 100 and at number one on the Billboard Hot Singles Sales Chart; additionally, it also charted in the Mainstream Top 40, the Hot R&B/Hip Hop Songs, and the US Billboard Rhythmic. Outside of the United States, He Loves U Not also saw success in Canada, New Zealand, Australia and the UK. As of January 2001, less than a year after it was released in stores, the single has been certified Gold by the RIAA, having sold more than 500,000 copies in the country.

Around that same time, Dream came out with their debut studio album entitled, It Was All A Dream on December 23, 2001. Recorded between 1998 and 2000, the R&B dance-pop album was executively produced by Sean Combs, Debbie Hammond, and Andre Harrell; Todd Chapman, Vincent Herbert, Ken Burns, David Frank, and Steve Kipner also contributed to its production. Five minutes shy of being an hour in length, the standard album consisted of seventeen songs including In My Dreams, I Don’t Like Anyone, When I Get There, What We Gonna Do About Us, Angel Inside, and How Long; two additional bonus tracks, Baby and Back 2 U were included in a special limited edition that was sold in Walmart.

In support of their first full length album, the foursome embarked on a concert tour that had them performing in various venues across North America and the United Kingdom. In addition, they also made several appearances on various TV talk shows. Not long after its release, It Was All a Dream peaked at number six on the Billboard Top 200; it eventually also managed to reach the top twenty on the Top Internet Albums and Top R&B and Hip Hop Album Charts. As for its reception, reviews were generally mixed; while some critics commended the girls for their charm and vocal delivery, others such David Browne, a critic for Entertainment Weekly, highlighted the albums’ generic, repetitive content. Nonetheless, the album remains to be Dream’s most successful studio album; certified Platinum in the United States by the RIAA, it has since sold more than 1,500,000 copies in the country.

It Was All a Dream also gave rise to their second hit single, This Is Me. Written by the same group of talented individuals that penned their debut it also came with a music video that Marcus Raboy had directed, that later premiered on the MTV music show, Total Request Live. Much like their earlier MV, the video featured the girls performing in a number of settings, including at a rave club. Aside from the remix version of the track, the single also came with Mike Rizzo’s Hyper Mix of the song. Chart-wise, the single peaked at number thirty-nine on the Billboard Hot 100 and at number five on the Billboard Hot Dance Music Chart; it later also reached the Billboard Top 40 Tracks, the Mainstream Top 40, and the Hot R&B and Hip Hop Songs. 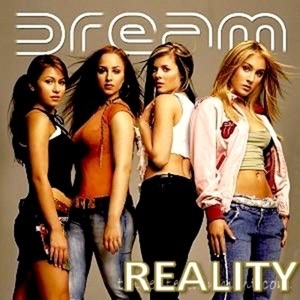 In 2002, Dream returned to the studio to start on their second studio album entitled, Reality. Working with producers The Underdogs, Darkchild, Scott Storch, and Sean Combs, it was later completed in 2003, although one of the group’s members- Melissa Schuman abruptly left in the middle of its production to pursue an acting career. Following a limited release in France in 2005, it wasn’t until 2008- after the girls had already disbanded, that it was made available in the United States on May 13, 2008 via digital download. Released under Clockwork Entertainment, Reality‘s seventeen-song track list contained the titles What Is It You’re Feeling, The Real Me, Promise Me, It Could Happen, Controlled, I Am Woman, Why Me?, and Hard 2 Stop, among others; a couple of the songs, That’s OK, and Crazy also featured fellow artists Fabolous and Loon.

Considering the number of delays that the album had faced, it was not surprising that Reality did not perform as well compared to their earlier album. Unlike their previous work, it did not end up charting in the United States. While it was accompanied by a music video, it sparked some controversy as the group’s new member, Kasey Sheridan was seen dancing provocatively in the video- which many thought to be inappropriate as she was only fifteen years old at the time.

Although relatively unsuccessful, Reality did go on to spawn a single, Crazy– which served as the last musical release of Drea. Produced by P. Diddy and Scott Storch, the song, much like their others, was supported by a music video that featured the girls dancing in harem-like costumes.

In the summer of 2015, the original members came together for a mini reunion which later spawned the release of an acapella version of their hit 2000 single, He Loves U Not. Shortly afterward, it was announced that Dream would be making a comeback. In December of 2015, they released a recording of O Holy Night, while presumably working on their new album.

Despite the announcement however, it was later made known that the group has once again disbanded in October of 2016- after having spent the majority of 2016 touring with other artists. Disappointingly, it was also announced via their official Facebook page that they would not be releasing a new album.

What has the individual ladies been up to since then? Considering the fact that they are now in their 30’s, most are now spending time with their family. A few members, such as Melissa Schuman have also embarked on an acting career; for instance, Schuman has been appearing in the series, Actress(es): A Web Series (2015).