What Happened to Gabriel Iglesias – 2018 Update 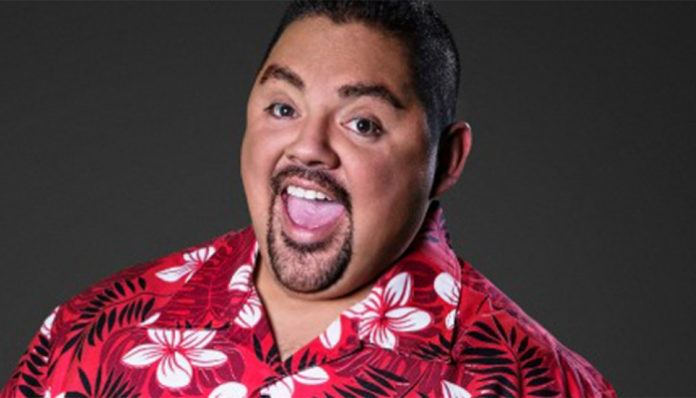 Known for his trademark Hawaiian shirts, Gabriel Iglesias first rose to fame as a comedian in the 2007 TV special, Hot and Fluffy. Born and raised in San Diego, California, he had always been noted for his strong sense of humor- ever since he was a child. In his early twenties, he decided to try his hand at comedy, after having worked at a local cell phone company for many years. From there, the aspiring comic soon began working as a comedian full-time, much to the dismay of his parents. Determined to succeed, he performed stand up anywhere he had an audience- including local bars, and hole-in-the-wall joints. With his unique animated style and talent, it didn’t take long for Iglesias to quickly garner a fan base. At the age of twenty three, he made his small screen debut in an episode of the comedy game show, VS. (1999). Continuing to gain more exposure, he later played a couple of minor roles in the popular sketch comedy, All That in 2000.

As a comedian however, it wasn’t until 2007 that he first gained widespread attention after starring in the stand-up special, Gabriel Iglesias: Hot and Fluffy. Critically acclaimed, his display of humor in the show soon propelled him into newfound fame. Two years later, he starred in yet another TV special called, I’m Not Fat…I’m Fluffy (2009), which also received rave reviews from fans. In 2011, a huge opportunity came his way when he was offered his own stand-up comedy series, Gabriel Iglesias Presents Stand Up Revolution on Comedy Central. Created and produced by the star himself, it later earned him an ALMA Award for “Favourite TV Reality, Variety or Comedy” in 2012. Since then, Iglesias has also starred in Aloha Fluffy: Parts 1 and 2 (2013), The Fluffy Movie (2014), Fluffy Breaks Even (2015), and Gabriel Iglesias: I’m Sorry For What I Said While I Was Hungry (2016).

In addition to comedy- which led him to the show business in the first place- he has also acted on several occasions. In 2002, Iglesias made his official acting debut in an episode of the romance comedy series, My Wife and Kids. The next year, the comedian appeared on the big screen for the first time in the comedy flick, El Matador (2003), where he had the chance to work with Robert Wolfskill, Ismael Carlo, and Andrew M. Aybar. On top of live-action projects, he has also lent his voice to various animated projects such as The High Fructose Adventures of Annoying Orange (2012), Planes (2013), The Nut Job (2014), The Book of Life (2014), and Norm of the North (2016) to name a few.

So what has the forty-year-old comedian of Mexican descent been up to since then? Has he taken on any new acting roles or has he been busy with his stand-up? What can we expect to see him in this year? What happened to Gabriel Iglesias? Where is he now in 2018? 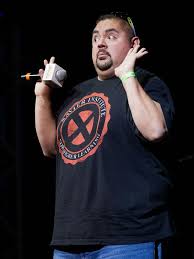 Born on July 15, 1976 in San Diego, California, Gabriel Jesus Iglesias is the youngest out of six children. Raised by his single mother, both him and his siblings are of Mexican descent. Growing up, his family lived in several areas including Compton, Corona, Santa Ana, and Riverside, before settling down in low-income housing in Long Beach- where he spent most of his teen years. Ever since he was a young boy, Iglesias had been known for his incredible sense of humor- something that ultimately helped him through various rough times in his childhood. As a young adult, he worked at a local Los Angeles-based cell phone company prior to trying his hand out in comedy; it wasn’t until 1997 that he made the decision to pursue comedy full time.

Going against the advice of his mother, the aspiring comedian soon dedicated the entirety of his time to performing stand-up. Despite his determination however, he was faced with a number of initial difficulties; not only was he evicted from his home shortly after leaving his job, but he eventually also lost his car. Still, he persisted with what he knew was his passion- comedy. Striving for success, Iglesias wasted no time in performing comedy wherever he could find an audience, whether it be at a local biker bar or at a hole-in-the-wall joint. With his engaging, animated style, it didn’t take long for him to gain a loyal fan base.

Gabriel Iglesias on Television as a Comedian 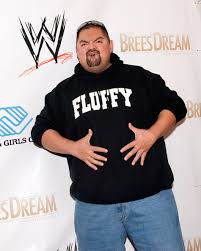 In the summer of 2007, Iglesias- who has since accumulated many years of experience under his belt- starred in a stand-up TV special called, Hot and Fluffy. Filmed during his life performance in Bakersfield, California, the DVD was eventually released on August 7, 2007 to rave reviews. Immensely popular by fans, the material featured in the special mainly referenced his weight- which has since become one of his trademarks, and his Hispanic culture. In addition, Iglesias also interspersed with various stories of his every day life, character impressions and funny voices. Lauded by fans and critics alike, it currently has an 8.1/10 rating on IMDb.

Two years later, the comic released yet another TV special called Gabriel Iglesias: I’m Not Fat…I’m Fluffy (2009). Directed by Manny Rodriguez, it saw the return of Iglesias on stage as he performs in front of a full audience at Texas’ historic Plaza Theatre. Made available on DVD on November 8, 2009, it garnered overwhelmingly positive reviews- much like his earlier release.

Several stand-up performances later, Iglesias received a big break when he was given his own comedy series called, Gabriel Iglesias Presents Stand Up Revolution (2011) on Comedy Central. Produced by the comic star himself, the show featured material from both himself, and other comedians such as Martin Moreno. Debuted on television on October 6, 2011, each episode opened with a performance from Iglesias, prior to featuring the work of other guests. Nominated for an ALMA Award for the category of “Favorite TV Reality, Variety or Comedy” in 2012, the television series proved to be a hit as it continued for three seasons from the fall of 2011 to 2014. While it garnered some mixed reviews from critics, others such as Hector Saldana writing for the San Antonio Express News has praised the brilliant assembly of the show.

Gabriel Iglesias as a Voice Actor

Aside from working as a comedian, Iglesias has also made quite a name for himself as a voice-actor. In 2007, he made his voice-acting debut in an episode of the popular animated series, Family Guy. A few years later, he once again lent his voice to various characters in the popular live-action/animated series, The High Fructose Adventures of Annoying Orange. 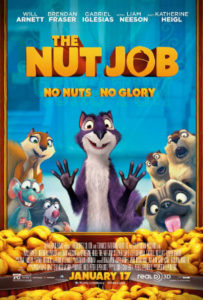 Following a small voice role in the feature film, Planes (2013), he landed his first major voice-over role on the big screen in the heist comedy, The Nut Job (2014). Based on a short film called Surly Squirrel by Peter Lepeniotis, who directed the project, it centered around a self-serving squirrel who plans on raiding a nut store, to help both himself and his former brethen survive the winter; unbeknownst to him however, the store is also the front for a group of bank robbers. Playing one of the lead characters, Iglesias voiced the character of Jimmy- a groundhog who is the leader of a group called the Bruisers. In addition, The Nut Job also featured the voice talents of Will Arnett, Liam Neeson, Brendan Fraser, Jeff Dunham, and Katherine Heigl.

After an initial premiere, The Nut Job was released nation-wide in theaters on January 17, 2014. A fairly big success, it grossed over $19 million during its opening weekend, and later managed to draw in a worldwide total of over $128 million in ticket sales. Well received by contemporary critics, it garnered a number of accolades including an award nomination for “Best Animated Film” from the San Diego Film Critics Society.

More recently in 2016, Iglesias returned to the big screen as a voice-actor in the animated comedy film, Norm of the North. Directed by Trevor Wall, it depicted the story of a polar bear who works to save his home from a man who plans on building houses in the Arctic where he lives. With the help of a few friends, he hatches a scheme to prevent him from achieving his goals. While Rob Schneider provided the voice of the title character, Iglesias played the supporting roles of Pablo and Stan; other cast members include Heather Graham, Maya Kay, Ken Jeong, Colm Meaney, Loretta Devine, and Bill Nighy.

Distributed by Lionsgate, Norm of the North screened in theaters on January 15, 2016. At the box office, it grossed a little over $9.4 million during its opening weekend across 2400 theaters. By the end of its theatrical run, it had earned a worldwide total of $27.4 million in ticket sales. Despite being a moderate financial success, reactions to the film were unfortunately mostly negative.

Gabriel Iglesias as an Actor on the Big Screen 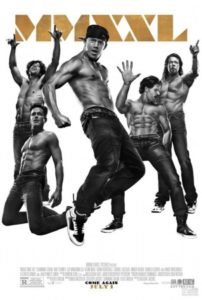 In 2015, the comedian co-starred in the comedy drama film, Magic Mike XXL alongside Channing Tatum, Matt Bomer, Joe Manganiello, Kevin Nash, and Adam Rodriguez. The sequel to the 2012 film Magic Mike– which Iglesias also appeared in, albeit not in a lead role, it revolved around the members of Kings of Tampa as they travel to Myrtle Beach for one last big performance. Produced by a team consisting of Reid Carolin, Channing Tatum, Gregory Jacobs, and Nick Wechsler, the Warner Bros. Pictures film made its way to theatre screens on June 29, 2012.

A major blockbuster, Magic Mike XXL grossed over $19 million on its opening day alone; by the end of the first weekend, it had earned approximately $39 million. By the time the movie came off the screens, it had raked in a worldwide total of $167 million- a staggering amount compared to its production budget of $7 million. To date, it remains to be one of Iglesias’s biggest live-action roles on the big screen.

Since then, Iglesias has starred in a number of other projects, including Aloha Fluffy: Parts 1 and 2 (2013). In 2014, he received a minor break after landing a recurring role in the ABC sitcom, Cristela. He later went on to appear in Fluffy Breaks Even (2015), WWE SmackDown (2016), and WWE Tribute to the Troops (2016).

The comedian has many upcoming projects for fans this year- many of which feature him as a voice actor. For instance, he will be reprising his role as Jimmy the ground hog in the animated film, The Nut Job 2:  Nutty by Nature (2017). Much like the previous movie, he will be playing one of the larger roles alongside Maya Rudolph, Katherine Heighl, Will Arnett and Jackie Chan.

In addition to the sequel, Iglesias will also be lending his voice to Smurfs: The Lost Village (2017), Show Dogs (2017), and Ferdinand (2017). Another movie that he’ll be appearing in is the action comedy, Blazing Samurai which is set to be released sometime in 2018.