Cliques Bar and Grill Update- What Happened After Bar Rescue 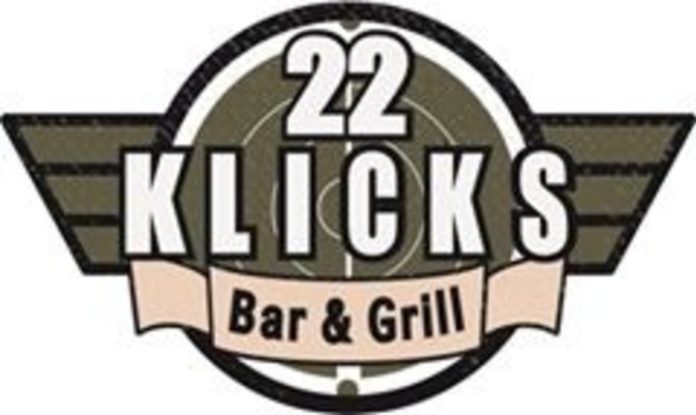 Former United States Marine Todd Harr opened Cliques, a local dive bar, in 2009. After he served nine years in the Marine Corps, he wanted to shift gears; while the military experience was fun and good for him, it does not compare to owning and operating a bar. At first, Cliques was a success in drawing in the local military crowd from Fort Brag. However, in 2011, Todd was deployed overseas and Cliques was left without a commanding officer. Employees began to slack off, party, and even hook up. Manager Kim mentions that one of the inter-bar couples pay more attention to each other than they do to customers. Todd returned and his numbers had plummeted. Todd then took his anger out on his employees; the first thing he sees wrong, he will jump on his employees. The management of the bar has gotten more lax, but Cliques is losing $4,000 a month and Todd is $140,000 in debt. Todd is only 4 months away from permanently closing the bar down.

Hope Mills, North Carolina, is located just 12 years from Fort Brag, home to the 82nd Airborne division and the Army’s largest military base. Fort Brag has more than 57,000 military personnel, and more than 11,000 civilian employees. Hope Mills also has an impressive median age of 21-29 years old, and an average income of $48,000. Unfortunately, Cliques fails to lure the military market. Jon Taffer has pulled up to the front of Cliques to stake the joint out; the first thing he points out is that Cliques’s front entrance looks more like a prom dress store than it does a bar. Peter O’Connor, Mixologist expert with more than 400 trained staff under his belt, agrees and calls it non-military. Culinary expert Nick Liberato says that there is nothing manly about the bar; Nick has expert in “Calidelphia” cooking, which is a manly man’s cooking that blends styles of California and Philadelphia. 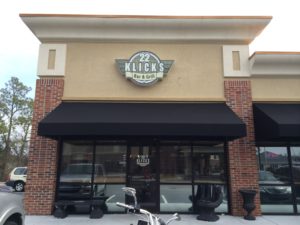 In the car, the three are staking out the employees; manager Kim is seen telling two of the bartenders that they need to get to work. She gives off a motherly vibe, but that is not exactly the tibe of energy you want a manager to give off. Two of the employees used to go out but now they loathe each other; it’s a spectacle in a bad way. Jon sends in his spies, one of which is a tactical instructor, a sergeant, and a Fort Brag employee. The three spies enter the 2,500 square foot bar with a V-shaped bar, which has two service stations, billiards, a punching machine, and a back kitchen. The spies seat themselves, but they explain that there are no military-focused decorations in the bar, no team photos. The bartender comes over and offers a waffle shot, but all three of Jon’s spies order a shot. One of the shots has a piece of bacon in the glass; they all knock back the shot, and there is a general consensus that the shots were not good.
With no crowd, the spies take more than 24 minutes to receive their food. This is way too long of a ticket time to put out a plate of nachos. The men are gathering around the punching machine, which Jon says is an accident waiting to happen. They instill violence, escalate testosterone, and it is only a matter of time until somebody gets hurt. Jameson, a bartender, is sent over to show the men how to do it. Jameson scores the highest, but the men still stand around and continue using the punching machine. One of the men punches through the bag and into the machine, which cuts his hand up. Jon has seen enough and steps into the bar. The employees see Jon enter and warn Todd, but Jon immediately grabs Todd and heads to have a talk in an isolated area.

The first thing Jon says is that while he has respect for Todd’s service; when the Navy was at its lowest numbers in the 1980s, they hired on a team to show the veterans how to make money. Jon was a part of that team. The name does make sense, as it appeals more towards women than it does the military crowd. The next thing Jon says is that he wants to get rid of the boxing machine and pulls up a video of the man slashing his knuckles, then explains that he actually lost a $60,000 lawsuit because of one of those machines. Todd is feeling the pressure of losing $4,000 a month in the bar.

Jon calls all the staff together after the bar closes, and introduces his two experts to the two. Peter looks behind the bar; the soda gun is clean, but the rest for the soda gun is not clean. There is sugar syrup in the rest, which is a breeding ground for sugar and fruit flies. Peter then finds a small roach on the glass pitchers, which is disgusting – there are also roaches in the beer cooler. Jameson explains that they found far more roaches underneath the printing machine; chef Nick dumps the underneath onto a piece of paper. In the seasoned flour breading, there are also cockroaches in the flour. There are roaches all over the restaurant; Jon says that he will close the restaurant and fumigate it. When there are no roaches, he and Nick will return. 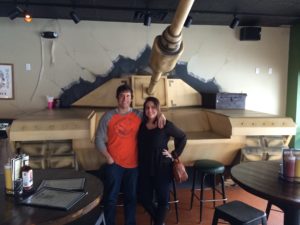 The next morning, Jon says that he had an exterminator come in and the exterminator found 14 colonies of German cockroaches. The cockroaches carry virtually every type of disease. Todd looks towards his staff and passes the blame onto his staff and refuses to apologize to his employees. All the staff agrees on one thing; Todd is a hardass who is quick to chew his employees out. Jon then demands that the punching machine is removed, which is promptly is.

Peter works with the bartending staff to fix their knowledge and train them more about the art of mixology. The staff does not know what the utensils used to mix drinks are. Peter explains that in the south, whiskey is huge. Jameson was not trained at all, he admits, and works on mixing a whiskey sour cocktail. He comes up short, and Peter explains that this is due to his girly shake. The drink is fine, but it could be shaken a bit more. Peter introduces more military-themed drinks, including “The Special Op” and “The All-American.”

Back in the kitchen, chef Nick tastes the menu. He has a reflux from the food due to too many seasonings, and it is not sitting with him properly. Nick works to refine the menu, introducing many more manly items such as burgers, ribs, grits, and chicken wings. The entire kitchen has been outfitted with new appliances, including high-tech fries.

Cliques Now in 2018- The After Bar Rescue Update

Cliques has been rebranded from Cliques to 22 Klicks Bar and Grill, which is a far more appropriate bar name (a klick is kilometer in military speak, and Fort Brag is 22 klicks away). The front and interior of the bar has been refurbished to feature a much more prominent military theme, including photos of local soldiers in their service. Todd is speechless and even shows tears of gratitude. The centerpiece of 22 Klicks is a custom modeled-tank, which is perfect for people to hang around and drink around. 22 Klicks has been doing quite well and is still open to this day; it has a 4.2 rating across 156 reviews on Facebook, and a 3.6 star rating across 27 different reviews on Yelp. The bar is booming today thanks to its military focus.