What Happened to Jermaine Dupri – 2018 Update 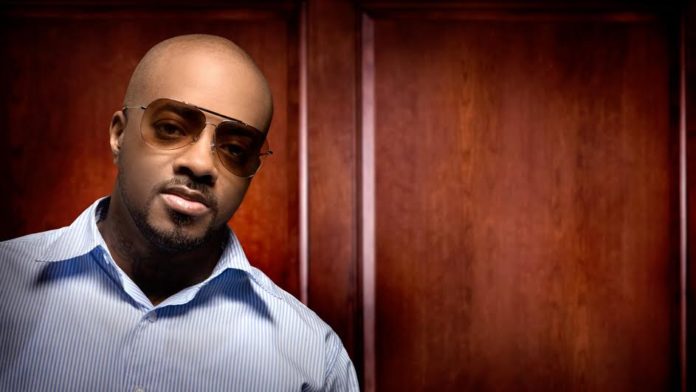 Jermaine Dupri is one of the most premiere hip hop producers of our time. Throughout his career, he has been able to work with well-known musical artists like Usher, Mariah Carey, and Jay-Z. (Many producers can only fdream of being able to work with these kinds of people.) Dupri was a very prominent figure in music starting in the mid-2000’s, but you don’t really hear about him as much as you used to. What exactly has been going on with Jermaine Dupri? Is Jermaine Dupri still making music? In this article, I plan on answering those questions, among a few others. I’ll talk about what Jermaine Dupri did in order to become famous to begin with, and I’ll also provide his fans with a brief update as to what he has been doing more recently.

Jermaine Dupri was born in September of 1972 in Ashevile, North Carolina. He was surrounded by music at a fairly early age. You see, Dupri’s father was Michael Maudlin, a well-known executive for Columbia Records. Maudlin wasn’t just a record label executive, either. He was also a talent manager, operating out of Atlanta. Through his dad’s work, Jermaine was able to get his start in entertainment at a very early age. When Jermaine was only ten years old, he was able to dance on stage with Diana Ross during one of her shows. This may not seem like much, but it was definitely the first step toward a much greater career for Dupri. By the time he was just twelve, he was dancing for Whodini, the hip-hop group. 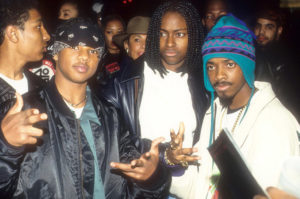 As a dancer, Jermaine was able to perform with artists like Grandmaster Flash and Run-D.M.C.. As he grew up, Dupri showed interest in producing. he produced his very first act starting in 1990, when he helped along a hip-hop duo called Silk Tymes Leather. Just a year later, Dupri helped to produce a much more popular hip-hop duo in Kriss Kross. He first met the two at a mall before getting them into show business. Kriss Kross’s debut album, Totally Krossed Out was released in 1992, and it was a massive commercial success. Totally Krossed Out has sold over four million units since its release, and Kriss Kross today is known as one of the most popular duos to come from the 1990’s. Around this time, Jermaine was able to collaborate with Mariah Carey on her hit single “Always Be My Baby”.

Starting in the late 1990’s, Jermaine would continue to collaborate with high-profile artists. He helped Usher produce a couple of songs off of his 1997 album My Way, which ended up becoming a successful album for the artist. Another one of Dupri’s biggest successes came just a year later, when he helped Destiny’s Child to produce their debut album. I don’t think that anything can really be said about the success and popularity of Destiny’s Child and what the release of this album would mean to the artists in the group. Following all of this time that he had spent helping to get other artists off of the ground, Jermaine Dupri began to focus on developing his own career in music. It’s not entirely uncommon for popular producers to go on to become successful solo acts, so this isn’t too unorthodox of a move on his part.

Jermaine Dupri During the Early to Mid 2000’s

Around this time, Dupri released “The Party Continues”, the lead single of of his upcoming studio album. This album, called Jermaine Dupri Presents Life In 1472: The Original Soundtrack was released in 1998. While he was working on his debut album, Jermaine met Lil Bow Wow. Lil Bow Wow was signed to So So Def Recordings in 2002, and he would go on to become a major star. Bow Wow and Dupri would collaborate a few times through both of their careers. Around this time, Jermaine collaborated with Mariah Carey yet again, this time on her album Charmbracelet. In 2004, Jermaine and Usher worked together again on his album Confessions. Dupri worked directly on songs like “Burn” and “Confessions Part II”, both of which would go on to become majorly popular singles. 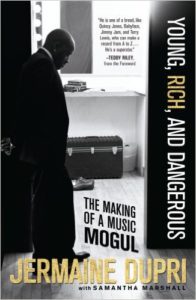 From there, Jermaine worked again with Mariah Carey. Their successful partnership continued through the release of The Emancipation of Mimi, which featured the majorly popular single “We Belong Together”. This song would top the charts for fourteen non-consecutive weeks, making it objectively one of the most successful songs that the United States has ever seen. Due to his massive success in pop music, Jermaine felt prompted to publish a memoir, which he called Young, Rich, and Dangerous: The Making of a Music Mogul. Shortly after the release of this book, Dupri would work with Jay-Z on his tenth studio album, entitled American Gangster. He had previously collaborated with Jay-Z on his 1998 album Vol. 2…Hard Knock Life.

In the years following this collaboration with Jay-Z, Jermaine would continue to work with a wide variety of different successful artists. In 2008, he worked with Mariah Carey on her album E=MC². During that same year, he collaborated with Janet Jackson and Usher on his albums Discipline and Here I Stand, respectively. He had another big year in 2010 when he collaborated with those very same artists on Raymond vs. Raymond and Merry Christmas II You. After 2010, though, Jermaine Dupri’s output as a producer significantly decreased. He wasn’t working in music nearly as often as he used to. Does that mean that Jermaine ended up retiring from music altogether? What has Dupri been doing in music more recently? 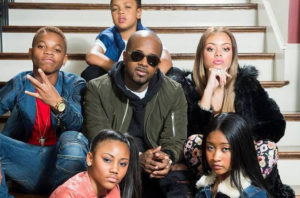 Fans of Jermaine Dupri should be happy to know that he has yet to abandon the music industry entirely. Starting in 2013, he became Mariah Carey’s official talent manager, replacing Randy Jackson. However, this working relationship would end beginning in 2014. The split was amicable, and he would even help her produce the album Me. I Am Mariah…The Elusive Chanteuse. In 2015, he saw another big name collaboration when he helped the popular teen singing group Fifth Harmony on their debut album Reflection. Needless to say, he is very much working hard in the music business. With that said, he has not really been credited as a producer on any major track since then.

You may be surprised to hear that Jermaine Dupri has actually branched out his career into television. Starting in 2016, Jermaine has been working with Queen Latifah to create the Lifetime reality television series The Rap Game. On the show, aspiring rappers are followed as they work to become successful in the music industry. The Rap Game has been quite successful, spawning three individual seasons. Its third season is airing right now, and it premiered in January of 2017. It’s really common for music moguls to become popular in entertainment, and it’s no exception in this case. A lot of people appreciate Jermaine Dupri’s work, and even more people appreciate this different facet of his work.