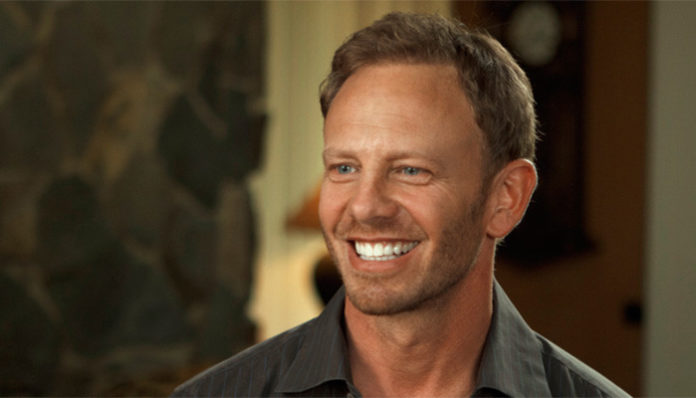 American actor Ian Ziering is perhaps most well known for playing Steve Sanders on the Fox drama series, Beverly Hills 90210. Born in New Jersey, he started appearing in television commercials at the age of twelve. From there, while still in grade school, he took part in a number of stage productions, including a Broadway production of I Remember Mama and Peter Pan. Continuing to act, Ziering eventually made his motion picture debut in the romance drama film, Endless Film (1981) at the age of seventeen.

Branching out into the small screen after a few years’ break from acting, he later appeared in a couple episodes of ABC Afterschool Specials and The Guiding Light in 1988. Soon afterward, the aspiring actor received a life-changing opportunity after being cast in the popular teen drama, Beverly Hills 90210. His first major role on television, it instantly brought the hearthrob worldwide fame; to date, it remains to be one of his best remembered portrayals on TV.

While most of his focus has been on movies these past few years, Ziering has made several guest appearances in the TV series, Defiance (2015), The Muppets (2016), and Hashtaggers (2016). Aside from acting, the actor has also participated in many reality shows over the years such as Your Mama Don’t Dance (2008), Whatever Happened To? (2008), Dancing with the Stars (2007), Hell’s Kitchen (2013), On Your Marc (2014), and The Apprentice (2015), among others. But his credits don’t stop there; he has also helped to produce a number of TV projects including the fourth Sharknado film and eight episodes of Beverly Hills 90210. As an actor, Ziering has portrayed well over sixty different characters.

What has the New Jersey-born actor been up to since then? Has he been cast in any new projects, whether it be on television or film? Will we be seeing any of him this upcoming year? What has he been busy with lately? What happened to Ian Ziering? Where is he now in 2018? 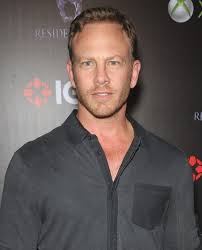 Born on March 30, 1964 in Newark, New Jersey, Ian Andrew Ziering is the son of Paul and Muriel Ziering, a saxophonist and a school teacher; the youngest of three children, he has two older brothers named Barry and Jeff. Growing up in West Orange, he entered the show business at a young age. By the time he was twelve, Ziering had already landed a number of commercial gigs on national television. Continuing to act into his teen years, he eventually took part in a number of stage plays, notably a touring production of Peter Pan and a Broadway production of I Remember Mama. Later acting in front of the camera for the first time, he made his motion picture debut in the 1981 romance drama film, Endless Love at the age of seventeen- which coincidentally, also happened to mark the big screen debuts of actors James Spader and Tom Cruise.

Following his stint on the big screen however, Ziering took a few years break from acting to resume his education; it wasn’t until 1988, after he graduated from William Paterson University that he returned as an actor. That year, he landed two small roles in the TV series, ABC Afterschool Specials (1988) and The Guiding Light (1988). Shortly afterward, he made another brief appearance in the comedy series, Married with Children (1990), prior to receiving a life-changing role in the Fox teen drama, Beverly Hills 90210 later that same year. 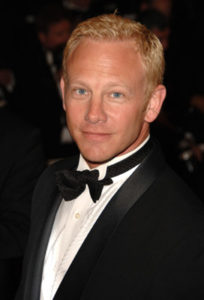 At the age of twenty six, the aspiring actor was met with a huge opportunity after being cast as one of the series regular in the Fox soap opera, Beverly Hills 90210. Not only was it considered to be his breakthrough role, but it also served as his first major role on television. Created by E. Duke Vincent, Darren Star, and Aaron Spelling, the drama chronicled the lives of a group of friends living in the Beverly Hills neighborhood in California, as they journeyed through student-life into the real world. One of the few actors to star in all ten seasons of the show, Ziering played the character of Steve Sanders- a wealthy, light-hearted young man who is popular among girls; throughout the series, he is depicted to be involved in various scams and other “wild” activities”. On set, Ziering was joined by Jason Priestley, Shannen Doherty, Gabrielle Carteris, Jennie Garth, Luke Perry, and Tori Spelling, who were also part of the main cast.

Originally debuted on October 4, 1990, it took a while for Beverly Hills 90210 to gain momentum after its initial premiere. Although ratings were considerably low during the first few months, viewership eventually went up during the summer of 1991. Before long, the teen drama had become one of the network’s most watched shows of the season. Noted for addressing a number of issues such as gay rights, alcoholism, teen suicide, and AIDS, it had quickly earned a sizable fan base by the end of its first season. The first high-profile series that Ziering has taken part in, Beverly Hills 90210 received a number of industry accolades including four Golden Globe Award nominations, an Emmy Award nomination and four Young Artist Award wins, among countless others. 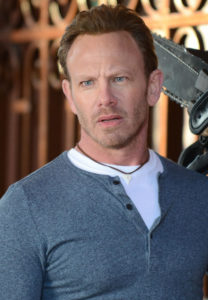 In 2007, Ziering was chosen to star in the sci-fi adventure film, Tyrannosaurus Azteca, a motion picture by Brian Trenchard Smith. Written by Richard Manning, it centered around a man named Cortes who is sent on a scouting mission to the shores of Mexico; once there, he discovers a small tribe who sacrifices their own to satisfy the hunger of of a Tyrannosaur which they call the “Thunder Lizard”. Playing the lead protagonist, Ziering portrayed the part of Hernan Cortes; although he is knocked unconscious and offered as a sacrifice to the beast shortly after encountering the tribe, he is later saved by a man named Gria. In addition to Ziering, Tyrannosaurus Azteca also featured the acting talents of Jack McGee, Marco Sanchez, Dichen Lachman, William Snow, and Shawn Lathrop.

Produced on a fairly low budget of $900,000, Tyrannosaurus Azteca was released on May 10, 2008. Filmed in the Kualoa Ranch of Hawaii, it was unfortunately met with a series of negative reviews upon its release- most of which noted its low quality production. Still, its a noteworthy mention from Ziering’s filmography.

Two years later, the actor appeared in yet another made-for-television film, The Christmas Hope, directed by Norma Bailey. The third installment of a trilogy series, it starred Ziering as Dr. Nathan Andrews- a physician who is determined to locate the parents of a boy who had died in the ER. Also in the movie were Madeleine Stowe, James Remar, Tori Barban, and Jayne Eastwood. Released on Lifetime on December 13, 2009, it garnered mostly positive reviews from viewers; it even won a Young Artist Award in 2010. 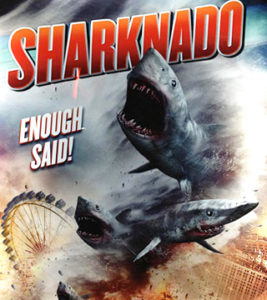 In 2013, Ziering received a big break after being chosen to star in the disaster TV film, Sharknado. Directed by Anthony C. Ferrante, it depicted a freak cyclone that sent man-eating sharks from water to land, flooding the city of Los Angeles. Cast as the principal character, the actor played as Finley Shepard- a former surfer who owns a bar in the city. Putting himself in the face of danger, he works to save a number of individuals throughout the film, including his estranged wife and their daughter. Ultimately at the end of the film, he manages to destroy the last “sharknado” with the help of a car bomb.

In addition to having been released on the Syfy Network on July, 2013, Sharknado was also given a special one-night theatrical screening, where it grossed approximately $200,000 across 200 locations. Produced on a budget of $2 million, the movie garnered over 1.3 million viewers during its premiere; its popularity later increases over the next few weeks as a result of trending on various social media platforms. Despite being a made-for-television film, Sharknado was a huge success and has since attracted a cult following.

Considering the popularity of the movie, it was only a matter of time before a sequel was released. The second instalment, Sharknado 2: The Second One was released via Syfy on July 30, 2014. The highest premiering film for the network at the time, it saw Ziering reprising his role as Fin Shephard; Vivica A. Fox, Mark McGrath, Kari Wuhrer, and Tara Reid also starred in the motion picture. Although it garnered mixed ratings in contrast to its predecessor’s glowing reviews, it eventually went on to spawn a number of sequels including, Sharknado 3: Oh Hell No! and Sharknado: The 4th Awakens.

If you’re a fan of the Sharknado series, then you’ll be excited to know that Ziering will once agian be reprising his role as Finley Shephard in the fifth installment, Sharknado 5 (2017), which is currently in pre-production. Filmed in London England, the horror sci-fi flick will also be featuring actors Tara Reid, Masiela Lusha, Cassandra Scerbo, and Cody Linley.

In addition to the TV movie, he will also be appearing on the big screen time year in the comedy film, F*&% the Prom (2017). Directed and written by Benny Fine, the film will star Danielle Campbell, Joel Courtney, and Cameron Palatas, while Ziering will be playing a smaller, supporting role. No official release date has been announced although it’s known that the project is currently in the post-production stages.

If you’d like to stay in touch with the 52-year-old actor, you can do so by following him on social media- you can find Ian Ziering on Twitter or Instagram at @IanZiering.