What Happened to Jessica Biel – Her Life in 2018 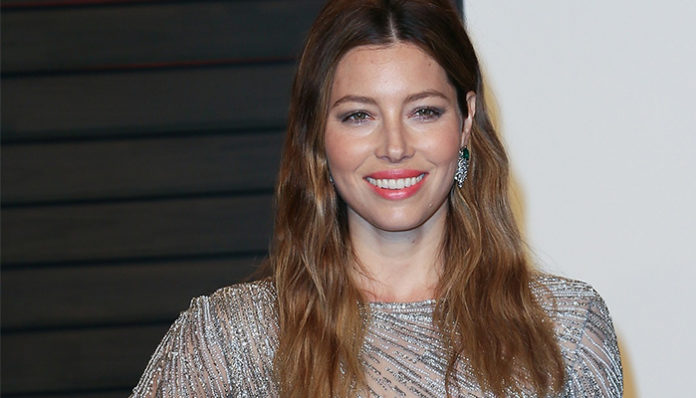 American actress Jessica Biel is best recognized for her role as Mary Camden in the popular family drama, 7th Heaven. Born and Raised in the state of Minnesota, her initial aspirations as a child was to become a professional vocalist. It wasn’t until she was nine years old that she delved into acting, appearing in a number of musical productions such as Beauty and the Beast and The Sound of Music, where she played the lead roles. Not long afterward, the blonde beauty took part in a talent competition which ultimately earned her a modelling contract for a Los Angeles-based agency. From there, Biel appeared in several commercials and advertisements as a child model. Later transitioning to the big screen, she appeared in the musical film short, It’s a Digital World in 1994- she was only twelve years old at the time. Deciding that acting was ultimately what she wanted to pursue, Biel eventually began auditioning for a variety of TV pilots.

As luck would have it, the aspiring actress landed her breakthrough role just two years later, in The WB family drama series, 7th Heaven (1996) at the age of fourteen. Not only did it serve as her official television acting debut, but it would later be known as one of the greatest roles of her entire acting career. Having put on a brilliant performance during the show’s seven-year run, the young star garnered a handful of accolades including three Teen Choice Award nominations, two Young Star Award nominations and two Young Artist Award nominations. Eventually shifting her focus to the big screen, Biel received her next big break in Neil burger’s romantic mystery film, The Illusionist (2006). A box office success, the movie ultimately increased the actress’ already-high profile in the show business. For playing one of the female leads, she was given an Achievement Award at the Newport Beach Film Festival.

So what has the actress of 7th Heaven fame been up to nowadays? Is the 35-year-old actress still focusing her efforts in film? Can we expect to see her in any new upcoming projects this year? What happened to Jessica Biel? Where is she now in 2018? 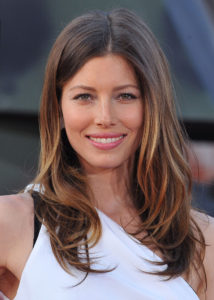 Born on March 3, 1982 in Ely, Minnesota, Jessica Claire Biel is the daughter of Jonathan Biel, a consultant for a business company and Kimberly Conroe, a homemaker; the oldest out of two children, she has a younger brother named Justin and is of Irish, English, German, Hungarian Jewish, and French descent. Growing up, her family often moved frequently, having lived in Illinois, and Connecticut, prior to settling down in Boulder, Colorado. As a young girl, Biel’s dream was to become a vocalist. At the age of nine, she started to take part in a number of musical plays such as Beauty and the Beast and The Sound of Music, where she played the lead roles.

Known for her charm and beauty, she eventually participated in a talent competition when she was eleven years old, which earned her a contract with a Los-Angeles talent company. As such, she soon started to model for various commercials and advertisements including one for Pringles chips. Later transitioning toward acting, Biel made her motion picture debut in a short musical film called It’s a Digital World (1994) at the age of twelve. Realizing that acting was something that she wanted to pursue as a career, she then auditioned for various television pilots. With a little bit of luck, the aspiring actress received her breakthrough role just two years later in The CW family drama series, 7th Heaven (1996). 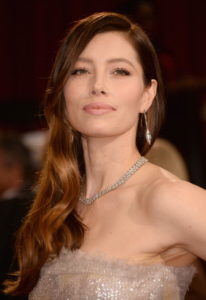 At just fourteen years of age, the Minnesota-native had landed a major role on television. Created by Brenda Hampton, the drama in question revolved around the lives of the Camden family, headed by a stay-at-home mother and a minister father in the fictitious town of Glenoak, California. One of the series regulars, Biel was given the part of Mary Camden, the oldest daughter in the family. Initially an aspiring athlete, she was a talented basketball player- before a critical knee injury ended her career. Throughout the show, she has a number of relationships with different boyfriends. First introduced in the series’ pilot, Biel’s character appeared in a total of 143 episodes.

Joining her as members of the main cast were Stephen Collins, Catherine Hicks, Beverley Mitchell, Barry Watson, and David Gallagher. Originally premiered on August 26, 1996, 7th Heaven attracted over three million viewers during its first season. It didn’t take long for it to earn the title of being the most-watched TV show in the history of The CW; at the peak of its popularity, it drew in over 12.5 million viewers during its third season. One of the most popular television dramas of its time, 7th Heaven earned a number of industry accolades during its run including an Emmy Award nomination in 1997.

For her performance in the series, Biel also netted some of her first award nominations including ones for the Young Star Award, Young Artist Award, and Teen Choice Award. 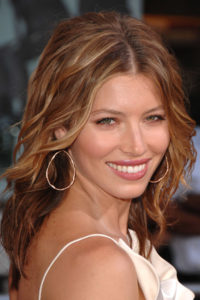 While filming for The CW series, Biel was also chosen to start in the American slasher film, The Texas Chainsaw Massacre. Directed by Marcus Nispel, it served as a modern remake of the original movie from 1974. The fifth instalment of the franchise, it centered around five close friends who are stalked by a chainsaw-wielding murderer and his family of psychopathic killers. Playing as the lead female protagonist, Biel took on the role of Erin- one of the five young adults who ultimately find themselves targeted by killers. Aside from Biel, The Texas Chainsaw Massacre also starred Jonathan Tucker, Mike Vogel, Erica Leerhsen, Eric Balfour, and Andrew Bryniarski.

Narrated by John Larroquette, the New Line Cinema film was released in theatres on October 17, 2003- right on time for Halloween. A massive hit it earned well over $10 million during its opening day; by the end of its first weekend, it had taken in over $28 million- putting it in first place at the box office. Altogether, The Texas Chainsaw Massacre had a worldwide gross of over $107 million- a huge amount in contrast to its budget of just $9.5 million. Lauded for her performance in the horror film, Biel not only earned a Saturn Award for “Best Actress”, but she also netted an MTV Movie Award nomination for “Breakthrough Female Performance”. Aside from that, it’s also worth mentioning as it was her first time appearing in a relatively high profile film.

Gradually shifting her focus toward film, Biel later found herself playing yet another female lead in Neil burger’s The Illusionist in 2006. Adapted from a short story written by Steven Millhauser, it depicted the story of a magician named Eisenheim who is reunited with a childhood love in the late 1880’s of Vienna. One of the main cast members, the actress played as Duchess Sophie von Teschen- the long-time love interest of Eisenheim. Due to their vastly different social backgrounds however, the two were forbidden to see each other; fifteen years later, they are reunited after the magician returns to the city to perform. Other starring actors in the film include Edward Norton, Paul Giamatti, Rufus Sewell, and Eddie Marsan.

Released in the United States on August 18, 2006, The Illusionist proved to be hugely popular among theatre-goers. By the time it came off the screens, it had earned over $87 million worldwide in ticket sales. Critical reception wise, the film garnered mostly positive reviews from critics- many who praised it for its brilliant script and screenplay. The Illusionist later went on to earn an Oscar Award nomination in 2007, however not before garnering Biel an achievement award at the Newport Beach Film Festival. 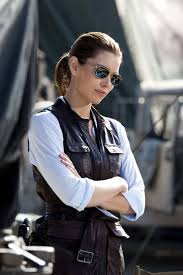 Biel’s next major role on the big screen came in 2010 when she starred in the action comedy, The A-Team alongside Liam Neeson, Bradley Cooper, Quinton Jackson and Sharlto Copley. Directed by Joe Carnahan, it told the story of a Special Forces team- aka “The A-Team”, who after being framed for a crime they did not commit, escape from prison in attempts to clear their names. Playing as one of the principal characters, the film saw Biel as Charissa Sosa- the Defense Criminal Investigative Service Captain; she is also the former lover of male protagonist, Templeton Peck (played by Neeson).

Having been in development since the mid 90’s, The A-Team was finally released theatrically on June 11, 2010. Despite the efforts that went into its production, the movie ultimately fell short of expectations; during its opening weekend, it only managed to bring in $26 million in contrast to its projected amount of $30-35 million. After opening worldwide, it eventually grossed a worldwide total of $176 million against a budget of $110 million.

According to her IMDb page, the Minnesota-born actress will be playing the female lead in the upcoming TV film, The Sinner (2017). Based on a novel by Petra Hammesfahr, it will star Biel as the principal character, Cora Tanner- a young mother who tries to discover the reason behind her violent tendencies. Currently in post-production, the movie will presumably come out sometime this year.

On the big screen, Biel will be playing yet another main role in the 2018 thriller, Shock and Awe- which will revolve around a group of journalists tasked with covering Bush’s planned Iraq invasion. Playing the character of Lisa, the actress will also be joined by actors Rob Reiner, Mills Jovovich, James Marsde, and Woody Harrelson. No official release date has been announced as of yet.

If you’d like to keep connected with the 35-year-old actress, you can do so by following Jessica Biel on social media- you can find her on Twitter or Instagram at @JessicaBiel. Be sure to also check out her official Facebook page at @jessicabielofficial!