What Happened to Telenovela – Cancellation But Will It Come Back? 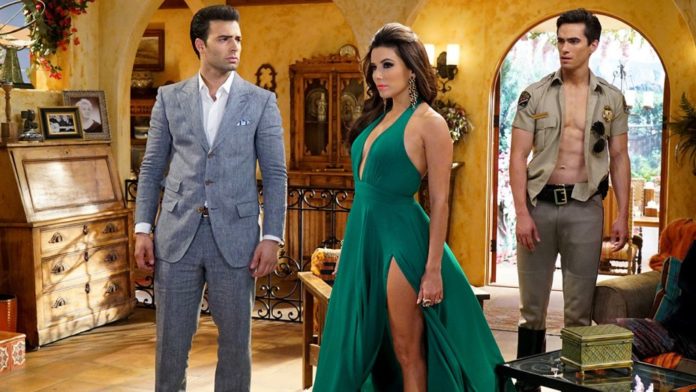 Telenovela is a situational comedy from NBC that attracted a lot of publicity around the time of its premiere due to the fact that it starred Eva Longoria, a very well known actress who previously held a prominent role on the television series Desperate Housewives. She was a big name on a cast that also included the likes of Jencarlos Canela, Amaury Nolasco, and Diana-Maria Riva. Die-hard fans of this series may have noticed that there has not been a new episode since February of 2016, during the season one finale. Has Telenovela been cancelled? If so, why was Telenovela cancelled? In this article, I intend to answer that question, among quite a few others. I’ll talk about Telenovela‘s development, as well as the reception to the show once it began airing. And of course, I’ll make sure to provide fans of the series with an update regarding the show’s current status.

Telenovela is a television show that began with a simple, yet elegant premise. As you can probably guess from the title, it’s about a telenovela, or a Latin American soap opera. This soap opera stars Eva Longoria as Ana Sofia Calderon. The twist? Despite starring in a telenovela, Ana Sofia is unable to speak a single word of Spanish. This is clearly a comedic twist, and paired with such huge star power in the starring role, it seemed as though this show may have been destined for greatness. It’s worth noting, however, that Eva Longoria wasn’t the only person on the show. She was joined by Jencarlos Canela, who played Xavier Castillo, Ana Sofia’s ex-husband. Canela is perhaps best known for his work as a singer, and for his performance in actual telenovela Más sabe el diablo. Although not all Americans may have heard of him, he’s a pretty big deal among telenovela fans or fans of the Latin music genre. 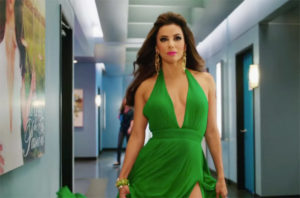 Diana-Maria Riva was cast as Mimi Moncada, Ana Sofia’s best friend and confidante. She didn’t have that much of a resume prior to her involvement with Telenovela. The bulk of her experience came from small roles in movies like 17 Again and McFarland, USA and from small roles in television shows like CSI, Castle, and The West Wing. Aside from Eva Longoria, the cast also boasted another big name in Zachary Levi, who plays James McMahon, the network president of the titular telenovela. Levi is a huge name in both television and film, with a major role in the Star Trek film series and in television shows like Heroes and American Horror Story. With a strong cast in place, it seemed as if Telenovela had all of the tools needed to succeed. In January of 2015, NBC picked up thirteen episodes of this series, but cut it down to eleven episodes in October.

On December 7th of 2015, it was time for Telenovela (formally known by its production title of Hot and Bothered) to show the world what it had to offer. The program was warmly received at first, bringing in over five million viewers to its premiere. It’s worth noting that this premiere was meant as a special “preview” of the show, and was not airing in Telenovela‘s typical time slot. After this premiere, Telenovela began to air as a mid-season replacement on Mondays. What is a mid-season replacement, exactly? Basically, a mid-season replacement is a television show that subs in for another show, which has been cut short either due to cancellation or just unexpected hiatus. Quite a few shows have been able to become big after initially being a mid-season replacement, most notably the likes of Buffy the Vampire Slayer and The Office. I think it’s safe to say that the Telenovela cast and crew hoped that they could find the same kind of success as those programs. 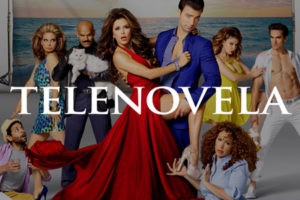 In their new time slot, however, the program struggled. Airing at 9:30 pm, the show was only able to bring in 2.2 million viewers, which was obviously a major drop off from its premiere. It’s worth mentioning that this low rating could have also been due to the fact that the third episode was released early online. Telenovela‘s time slot was switched up yet again after this episode, and it began to air regularly at 8:30 pm. Initially, this seemed like a solid change. Their viewership increased drastically for the fourth episode, which was seen by 4.5 million people. However, this improvement seemed relatively short-lived. Over the course of the remainder of the season, the program’s viewership would gradually decline. This time, it wasn’t a result of a strange time slot change. It was just because people were losing interest in the show. Telenovela hit a series low rating on the second to last episode of the season, “Caught in the Act”, which was only viewed by 2.3 million people. Clearly this is not very good performance in the ratings by NBC standards. Was the show still able to eke out another season?

As you may have suspected all along, Telenovela‘s first season would also be its last. The final episode of the show, “The Stalker” aired on February 22nd of 2016, and it was viewed by 2.9 million people. I don’t think that it takes a rocket scientist to figure out why this show may have been cancelled. Regardless of a program’s quality, its lifespan is pretty much determined by how many people watch it. On a competitive network like NBC, the numbers that Telenovela was putting up just didn’t cut it. I’m sure that fans of the series are devastated that it’s over, and I’m sure that they’re even more devastated about the fact that it doesn’t look like it will ever return. However, the show still had a complete life. It’s not like it did so badly that it was ended in the middle of a season, like a lot of other television shows do on major network television. Telenovela had a good run, but that good run is pretty much all that they have.