Dimitri Vegas got his start in the DJ business at a young age. He started off making music with his brother, Like Mike, before jetting off to a variety of prime club locations, like Majorca and Ibiza, gaining work as an in house house DJ. He was a teenager at the time. A few years of working on the move and he returned to Belgium. Like Mike had been making a name for himself producing Hip Hop records, and DJing on the side. With Dimitri returned the pair began work on a number of tracks. It was the remix of Work That Body that caught the attention of famed DJ Axwell. They worked on a few other remixes before putting out an album of their own, and their popularity since 2010 has been phenomenal.

So let’s dig a little deeper into Dimitri Vega’s financials.

How Did Dimitri Vegas Make His Money & Wealth? 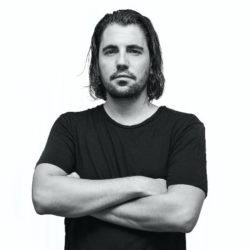 Ah Dimitri, the more adventures of the two brothers that make up the internationally successful DJ team of Like Mike and Dimitri Vegas. That figure up there is for the both of them, so the actual net worth of one, I assume, is half of that $35 million, so call it $17.5 million. Still a very respectable sum.

Dimitri Vegas was born in Belgium to Greek parents. His birth name is Dimitri Thivaios. He started making music at a very young age, and was soon collaborating with his brother Michael, now known as Like Mike. One would then assume that the pair began cranking out song after song until they hit on something that worked, but this is not the case. Vegas left Belgium at around the age of 15, and started traveling around the Mediterranean. He worked as a club DJ in Majorca and Ibiza, and Greece too. These years were spent honing the craft of set building, and Djing in general. He eventually moved back to Belgium and started working with Like Mike in earnest. Mike had been producing some of his own work, as well as working with local Hip Hop artists in Belgium. Their early work is very much in the vein of the House of the day, but it wasn’t long before they started incorporating other genres conventions.

In 2009 they caught the attention of Axwell, the Swedish house superstar, with their remix of Work That Body. The song is interesting. It kicks off with the build up, no waiting, you can hear the song grow in intensity before dropping to an electronic drum, sounding for all the world like a heavily distorted North African beat. The track is very well put together, and it is no surprise that after hearing it Axwell paid for the brothers to do a remix of Rotterdam City of Love.

Their first album release was 2010’s Smash the House. It was okay. The thing that we need to understand is that DJs are not quite like other musicians. The core unit in dance music is not the album, it is the single. So a better understanding of Dimitri Vegas & Like Mike’s sound is heard there. If you listen to their singles you can hear their growth. from the straight forward, though very competent, early house music hits, to the more chill and even bro step influenced latter day work. Hey Baby, released late last year, is an interestingly understated track from the pair, incorporating more R n’ B conventions. The video makes no damn sense though.

In addition to the sales of albums and singles the pair have been paid very well to remix other artists work. They have worked with the likes of Lady gaga, LMFAO and Armin Van Buuren. Dimitri Vegas’ core funds though comes from the set. Like Mike and Dimitri Vegas are names that can demand top dollar per set, looking at more than $15,000 for one nights work. A few dozen of those per year, in addition to other appearances, and the success of experiments like Tomorrowland, and it is easy to see where they got their fortune. It must be notes that a DJ set is not like a live performance from a musician. DJs are more like conductors than musicians, they have to feel the crowd, and control the flow of the pack, Like Mike and Dimitri Vegas are masters of this.

Where is Dimitri Vegas from?

Dimitri Vegas was born in Belgium. He grew up with his brother, and both are of Greek descent. They lived in the small township of Willebroek, near Antwerp. Fun fact, Willebroek is only a few miles from Tomorrowland, one of the largest electronic music festivals in the world where Dimitri and Mike play sets

What was Dimitri Vegas’ Big Break?

Dimitri Vegas and his brother gained their fame with a remix of Work That Body. the track came to the attention of famed DJ Axwell, and the rest is recent history.

Who is Dimitri Vegas’ Manager?

Dimitri Vegas, and by extension his brother Like Mike, are managed by Michiel Beers, the founder of the Tomorrowland Festival.

Where is Dimitri Vegas appearing this year?

Dimitri Vegas and Like Mike have a very packed tour this year. Their most recent gig will be in Mexico, two dates one at the Estadio Chivas Explanda with the other at the Dream Forest Festival. Their dates in the US this month are in Miami and Las Vegas, before they go to Taiwan. A couple of dates in Europe follow, beginning in Spain before moving onto France, Germany, Switzerland and Sweden. Another jet back to Vegas in May for Intrigue before spending the majority of the rest of the year in Europe. The only other US date this year is in June, Dallas Texas’ Stereo Live.