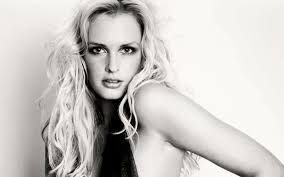 New Zealand-born supermodel Kylie Bax started out her career as a teen beauty queen in the 80’s. Raised in the town of Thames, she was first discovered by a modeling agent while shopping at a local shopping mall. The daughter of a former model, she eventually signed with the Clyne Model Management Company. Taken under the wing of German fashion designer Karl Lagerfeld, Bax later adopted her signature look of having short, blonde hair. Relocating to New York to pursue her modelling career, she soon began to study the art under American fashion photographer, Steven Meisel. Becoming his protege, Bax went on to work with a number of renowned photographers such as Richard Avedon, Karl Lagerfeld, and Helmut Newton. Before long, she had signed with Storm, Marilyn, and Women in London, Paris, and New York respectively. Throughout the 80’s and 90’s, she graced the covers of numerous worldwide magazines such as ELLE, Vanity Fair, Marie Claire, and Maxim, to name a few.

With her beauty and charm, she continued to pose in front of the cameras over the next few years. In 2000, she was featured in the annual Swimsuit Issue of Sports Illustrated alongside Michelle Behennah, Veronica Varekova, and Estella Warren. During that time, she also worked with several well-known companies such as Clinique, Louis Vuitton, Giorgio Armani, Ann Taylor, and Versace. Throughout the years, she has also walked down for numerous fashion houses including Christian Dior, Chanel, Oscar de la Renta, and Christian Lacroix. Considered to be one of the world’s top fashion models of all time, she was included in the list of “Top 102 Sexiest Women in the World” by Stuff Magazine in 2002. Since the start of her career, Bax has appeared on well over twenty different Vogue covers across the globe.

On top of her work as a model, Bax has also taken her beauty to the big screen. In 1999, the New Zealand native made her feature film debut in the action thriller, Storm Catcher where she worked alongside actors Jon Pennell, Dolph Lundgren, and Mystro Clark. Later that same year she also played a small role in the comedy flick, The Big Tease (1999). Continuing to try her hand out at acting, she went on to play the title character in J.D. Shapiro’s comedy, We Married Margo (2000). From there, she also made appearances in Boys and Girls (2000), Perfume (2001), and Get Over It (2001). Following a four-year-long absence, she returned to film in the sport comedy, Tennis, Anyone…? (2005)– which also served as her last acting role. During the early 2000’s, she also appeared in a variety of TV shows such as The Late Late Show with Craig Kilborn (2000), Howard Stern (2000), Cribs (2003), and America’s Next Top Model (2006).

What has the the model and actress been up to in the recent years? Has she officially retired from acting? Is she still an active within the modelling scene? What happened to Kylie Bax? Where is she now in 2018? 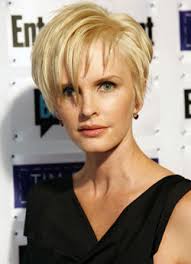 Born on January 5, 1975 in Thames, New Zealand, she spent most of her early childhood living at her parents’ horse-breeding farm. Having inherited her mother’s good looks (who also happened to be a model back in the day), she was first discovered by an agent from the Clyne Model Management Company while shopping at a local mall during her early teens. Before long, Bax was appearing in a number of advertisements and prints in her native New Zealand. Having discovered her potentials as a fashion model, she eventually decided to relocate to New York in order to pursue a full time modelling career.

After a brief period of studying under German fashion designer Karl Lagerfeld, she met and later began working with American fashion photographer, Steven Meisel. With his help, Bax eventually found herself collaborating with some of the country’s top photographers including Richard Avedon, Helmut Newton, and Karl Lagerfield. Before long, she had successfully made a name for herself in the worldwide modelling scene. Continuing to pose in front of the cameras, she soon signed with Marilyn, Storm, and Women in London, Paris and New York respectively. Around that time, she also graced the covers of a number of well known magazines such as ELLE, Vanity Fair, Vogue, Marie Claire, and Maxim.

At the age of twenty five, she was given a huge opportunity when she was invited to star in the annual Swimsuit issue of Sports Illustrated alongside fellow models Estella Warren, Michelle Behennah, and Veronica Varekova- which ultimately helped to boost her popularity further.

Continuing with her flourishing modelling career, Bax later went on to appear in a number of advertisements for various big-name companies such as Clinique, Giorgio Armani, Ann Taylor, Louis Vuitton, Sonia Rykiel, Christian Dior, the list goes on. In addition to appearing in print, the New Zealand native has also performed the catwalk for sundry high fashion houses such as Christian Lacroix, Oscar de la Renta, Miu Miu, Gucci, Alexander McQueen, among several others. 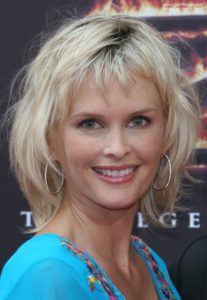 While still working as a model, her beauty eventually led her to the big screen. In 1999, she made her motion picture debut in the action film, Storm Catcher, where she had the chance to act alongside actors Dolph Lundgren, Mystro Clark, Robert Miano, and John Pennell. Directed by Tony Hickox, it depicted the story of of a renegade general named William Jacobs who hatches a plan to bomb Washington, D.C., with the help of a secret jet known as the Storm Catcher. While Miano took on the role of Jacobs, Bax made her debut as Jessica Holloway- the wife of Jack Holloway, the only man capable of piloting the country’s top secret fighter jet. Unfortunately, her character is later shot by a group of extremist soldiers toward the end of the film.

Shot in Los Angeles, California, the B-list film enjoyed a limited theatrical run on January 1, 1999 in the United States, after which it was released via home media. Created on a production budget of $2 million, reception was generally mixed. While some critics such as David Parkinson writing for Radio Times panned the quality of the script, others did note the “enthusiastically executed” action sequences. Although it was no major blockbuster, Storm Catcher is a noteworthy mention from Bax’s filmography simply due to the fact that it marked her first official acting debut.

In the winter of 2000, Bax received a big break as an actress when she was cast as the title character in the independent comedy film, We Married Margo. Cowritten by J. David Shapiro and William Dozier, the first of whom also served as the movie’s director, it revolved around two friends named Jake and Rock, who are married to the same woman; the plot is based loosely on the real events of an episode shared by Dozier and Shapiro. The main female protagonist, Bax portrayed the role of Margo- a New Jersey woman who after divorcing his husband Jake, remarries a California surfer named Rock; unfortunately, the relationship does not end up lasting as she finds herself going through divorce a second time. Shortly after the events, Jake and Rock befriend each other and decide to live as roommates; although they constantly bicker, they share the common grounds that they were both at one point, married to Margo.

Distributed by New Line Cinema in North America, We Married Margo premiered at the Slamdance Film Festival on January 25, 2000, where it was later nominated for the Grand Jury Prize. Speaking of accolades, the movie also earned an Audience Award for Comedy Film of the Year at the 2000 US Comedy Arts Festival. While Bax played as Margo, Shapiro and William Dozier portrayed the parts of Jake and Rock respectively; the film’s cast also included Kevin Bacon, Tom Arnold, Jillian Johns, and Sal Catalano. Filmed on location in Los Angeles, California, We Married Margo ended up garnering mostly positive reviews from viewers.

A year later, the model-turned-actress appeared in the teen comedy film, Get Over It (2001), a modern adaptation of William Shakespeare’s classic, A Midsummer Night’s Dream. Directed by Tommy O’Haver, it centered around a high school senior named Berke who joins the school play in hopes of winning back his ex-girlfriend, much to the dismay of his friends. Written by R. Lee Fleming, Jr., the main cast consisted of Kirsten Dunst, Ben Foster, Melissa Sagemiller, Sisqo, and Shane West. One of the many supporting characters, Bax portrayed the role of Dora Lynn- an attractive, yet accident-prone young woman who goes on a date with Berke; unfortunately, the date comes to an end when she accidently causes a fire in the restaurant.

Distributed by Miramax Films, Get Over It was released theatrically in the United States on March 9, 2001. Upon hitting theaters, it ranked number seven at the box office and took in approximately $4.1 million during the opening weekend. By the time it closed five weeks later, it had earned a worldwide total of $19.9 million- a disappointing turnout as it was produced on a budget of $22 million. 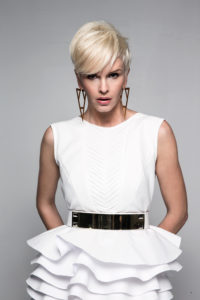 Following the comedy, Bax took a four year long break from acting before returning for what would be her final time on the big screen in Tennis, Anyone…? (2005). Directed by Donal Logue, the plot centered around two individuals determined to find redemption and meaning through celebrity tennis competitions. While the lead protagonists were played by Donal Logue, Kirk Fox, and Danny Trejo, Bax played a minor supporting character by the name of Christy. Other cast members include Mike Horan, Lupe Aguirre, J.P. Maoux, Orian Williams, annd Zoltan Sarkany.

Filmed in Brawley, California, Tennis, Anyone…? came out on January 1, 2006. Despite its relatively low budget of $1.2 million, it did manage to garner a number of favorable reviews from those who had watched the film. Although Bax’s character was fairly minor in the movie, the role was worth mentioning as it marked her last time acting in front of the camera.

Over a decade after her last television appearance, Bax surprised everyone by appearing in an episode of the news show, The Project. Acting as one of the guest hosts, she was joined by Jesse Mulligan, Kanoa Lloyd, and Josh Thomson. Will she be appearing in any further episodes? Who knows- the series is still relatively new so anything is possible.

In other news, the former actress recently made the headlines last fall after publicly defending Donald Trump, a long-term friend whom she has known for many years. Regarding the hostile comments sent by attackers toward her friend, Bax stated that they were simply looking for “five minutes of fame”.

If you’d like to keep in touch with the 42-year-old model and actress, you can do so by following her on social media- you can find Kylie Bax on Instagram at @baxkylie. Additionally, you can also visit her official Facebook page for the latest news announcements.