What Happened to Michael Grimm – 2018 Update 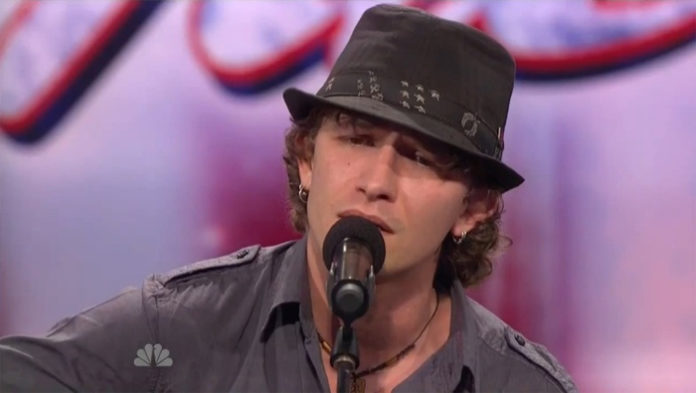 American singer-songwriter Michael Grimm is best known for being the winner of the fifth season of the reality talent show, America’s Got Talent. Born in Colorado and raised in Mississippi, he grew up listening to country music at his grandparents’ home. At the age of eleven, he sang in front of an audience for the first time at a family wedding. As it happened, one of the guests present at the ceremony, promised him a singing gig at his bar after having witnessed his talents- the only condition was that he had to wait until he was twelve. Jumping at the opportunity, he later wounded up performing at the establishment for the next few years. When he was thirteen years old, he was discovered and taught how to play the guitar by Ann McNair; quickly picking up the material, Grimm eventually landed his first record deal by the time he was fifteen.

Two years later when Grimm was seventeen, he released his first professional single called, John Wayne and Jesus. Warmly received, it eventually earned the young musician an award from the Country Christian Music Association. Continuing with his musical passion, he soon found himself hired as a backup vocalist for a live concert held in Biloxi. After performing various gigs across the country, Grimm decided to audition for NBC’s hit reality competition, America’s Got Talent in 2010. With his stunning vocal talent, he quickly captured the hearts of audience members on the show. Following a heartfelt performance of Al Green’s Let’s Stay Together, he was soon announced as the grand champion. Aside from bringing home the winner’s title, his winnings also included a cash prize of $1 million and a chance to headline an America’s Got Talent tour- which he later participated in, with a few other contestants, from October to November 2010.

Shortly after returning from the tour, Grimm signed with Epic Records. His major-label debut entitled, Michael Grimm was later released in stores in the summer of 2011. Generally well received, it eventually managed to peak at number thirteen on the US Billboard Top 200. Aside from that, it also gave rise to the hit single, Fallin’ which remains to be one of Grimm’s most popular songs to this day. Since then, he has gone on to release two additional albums- Gumbo in 2012, and Grimm in 2015, both under the CD Baby label. On top of his musical releases, the singer has also been featured as a guest on several talk shows including The Ellen DeGeneres Show and Piers Morgan Tonight. In 2010, he was also one of the performers at the Macy’s Thanksgiving Day Parade.

What has the Colorado-born musician of America’s Got Talent fame been up to as of late? Has he recorded any new songs recently? Can we expect to see any new releases from the singer this year? What happened to Michael Grimm? Where is she now in 2018? 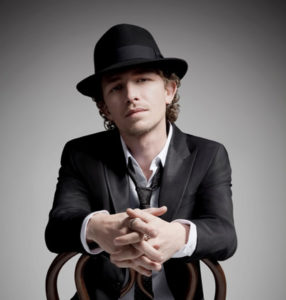 Born on December 30, 1978, in Fort Carson, Colorado, Michael Grimm (Birth name: Michael Joseph Grimm) is the son of Petrina Castronova and Gerard Grimm. Shortly after his birth, his family relocated to Slidell, Louisiana, where they lived for a period, before moving to Waveland, Mississippi. Growing up in the small Gulf town between Biloxi and New Orleans, his parents often found themselves facing financial difficulties. Despite this and the fact that the family of three lived in a little camper, Grimm recalled having had a relatively happy childhood in the town. Soon finding themselves unable to accord raising Grimm and his sister, his parents sent them to live with his grandparents when he was five years old.

Raised majorly by his grandparents, Grimm often listened to country music in his spare time; he was especially fond of Ray Price, George Jones, Hank Williams, and Ernest Tubb. At the age of eleven, he sang in front of an audience for the first time in a family wedding. As luck would have it, one of the guests present at the ceremony, having heard his singing, later offered him a singing gig at his bar- the only condition was that he had to be accompanied by a legal guardian. Jumping at the opportunity, Grimm soon began singing regularly at the establishment- something that he would continue for the next few years.

At the age of thirteen, Grimm and his musical talents were discovered by Nashville singer, Ann McNair. Having taken an interest to the teen, she eventually presented him with a guitar, and taught him how to write songs. Quickly picking up what he was taught, it didn’t take long for Grimm to fully master the art of the stringed instrument. By the time he was fifteen, the aspiring musician had landed his first indie recording deal. Dedicating most of his time toward music, he later released his first professional single entitled, John Wayne and Jesus at the age of seventeen. Warmly received, it later garnered her an award from the Country Christian Music Association. 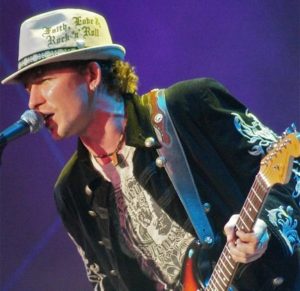 From there, Grimm eventually found himself working as a backup vocalist and guitarist for a live impersonation show called Legends in Concert, which took place in Biloxi. One particular night during the event, he heard a woman named Cookie Watkins singing to one of Tina Turner’s hit songs. Inspired by what he had heard, he soon found himself falling for the soul genre. Not long afterward, Grimm decided to shift his focus from country to R&B.

Continuing to sing and perform into his twenties, Grimm turned heads with his talent everywhere he went. When he was twenty one, he landed a gig which had him performing at a concert in Los Angeles, where he had the opportunity to work with some of the industry’s most talented stars and producers. While his career seemed to have been taking off, tragedy soon struck close to home after Hurricane Katrina destroyed his hometown of Waveland. With their home decimated by tidal surges, his grandparents had to move into a mobile home into the woods- something which Grimm took especially hard as he was extremely close to the two.

Michael Grimm on America’s Got Talent 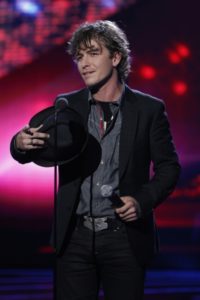 After many years of singing and performing, Grimm found himself face to face with a huge opportunity with the American talent competition, America’s Got Talent. Jumping at the chance to put himself out there, he successfully auditioned for the show in the spring of 2010.

Created by Ken Warwick, Cecile Frot-Coutaz, and Simon Cowell, each season of America’s Got Talent features a group of performers- whether they be magicians, singers, or dancers- all of whom compete against each other for a chance to win a top prize of $1 million dollars. In the later seasons, the winnings was also expanded to include a chance to headline a concert show on the Los Vegas Strip, with other fellow top competitors. Immensely popular among viewers ever since its inception in 2006, America’s Got Talent‘s ratings have been consistently high- ranging from nine million to as many as sixteen million audience members. One of the most watched reality competition series in the US, it earned countless accolades throughout its run including a Prime time Emmy Award nomination 2011.

A competitor on the fifth season of the show, Grimm went up against numerous performers including Alice Tan Ridley, AscenDance, Antonio Restivo, Taylor Matthews, and Prince Poppycock, among many others. Similar to previous seasons, season five saw the return of Sharon Osbourne and Piers Morgan as the show’s judges, although David Hasselhoff left and was replaced by Howie Mandel. Met with critical praise from the judges during his audition, Grimm soon found himself advancing to the Vegas round.

During the Vegas week, the Mississippi-native performed a rendition of Otis Redding’s Try a Little Tenderness however was met with criticism from Piers Morgan for going over the allotted time of 90 seconds. Although it could have costed him the competition, with a little bit of luck, Grimm was able to successfully advance to the quarter-finals. During the quarter-finals, Grimm sang Tired of Being Alone by Al Green, which earned him resonating praise; it eventually advanced him to the semi-finals.

Despite the fact that he was still recovering from a bout of dehydration during the semi-finals, Grimm gave a stunning performance of Randy Newman’s, You Can Leave Your Hat On. Once again praised by the judges panel, he quickly zipped through to the final stage. Following a rendition of Al Green’s, Let’s Stay Together during the top ten, Grimm advanced to participate in the top four. A day after he performed When a Man Loves a Woman during the show’s finale, it was announced that Grimm was the winner of the competition. 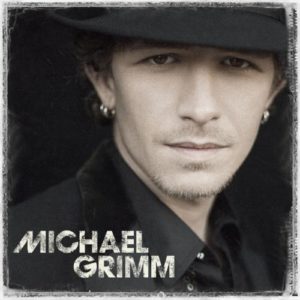 On May 17, 2011, Grimm released his major label debut album entitled, Michael Grimm under Epic Records- which he signed to a week after winning the competition. Produced by Don Was, the album consisted of thirteen tracks, all of which fell into the Blues category. Some of the titles from the track list include: Suddenly You Are, You Don’t Know Me, Stay With Me, Let’s Make Love Again, Something I Said, No Other Love, and Fallin. The opening track, Gasoline and Matches was also a collaboration with fellow artist, Ann Wilson.

In addition to the thirteen tracks that were included in the standard edition of the album, a few bonus songs were also included in an exclusive Epic Records version- A Mile Away, Don’t Be Afraid of Love, and Angel Eyes. Upon its release, Michael Grimm entered the US Billboard Top 200 at number thirteen, and sold approximately 22,000 copies across the country. In terms of critical reception, the album was generally met with favorable reviews; for instance, critics at Allmusic gave it a fairly positive three and a half star rating. Michael Grimm eventually spawned the single, Fallin which went on to peak at number 82 and number 86 on the US and Canadian Pop Charts respectively. To promote the release, Grimm also performed the song on The Ellen DeGeneres Show in March 2011.

Since then, Grimm has released two more studio albums- Gumbo (2012), and Grimm (2015), both of which were distributed via the CD Baby Label. Although he has hasn’t released any new material since 2015, it would seem that he’s been keeping busy with various concert performances. For instance, looking at his official site, we can see that he has a number of shows planned for the next little while- including ones to be held at Las Vegas, Henderson, and Summerlin.

If you’d like to stay up to date with the winner of the fifth season of America’s Got Talent, you can do so by following him on social media- you can find him on Twitter at @michael_grimm. Alternatively, you can also check out his Facebook page at @MichaelGrimmMusic. Don’t forget to also drop by his official website and Youtube Channel as well while you’re at it!