What Happened to Claudia Wells – 2018 Update 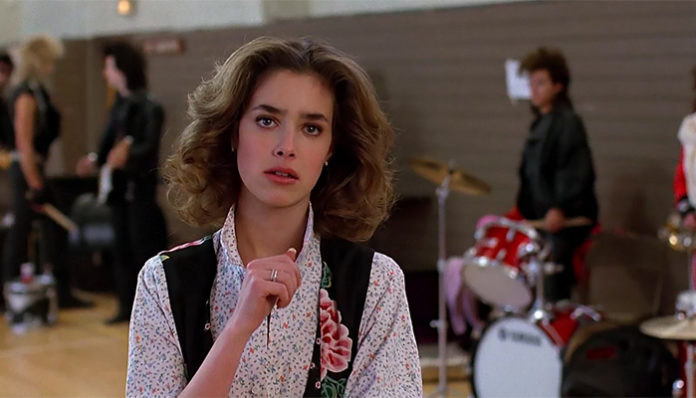 American actress Claudia Wells first gained recognition for her role as Jennifer Parker in the Oscar Award-winning film, Back to the Future (1985). Born in Malaysia and raised in Venezuela, she later relocated to California with her family in her teens. Growing up, acting was always something that she was passionate about. At the age of thirteen, she appeared on television for the first time as a child actress in a couple episodes of the drama series, Family (1979). A couple of years later, Wells appeared in Rise and Shine (1981), where she played alongside Scott Schutzman Tiler, Jonah Pesner, and Joey Green. From there, she played a small role in the action drama, Strike Force (1981), prior to landing her first recurring role in the comedy, Herbie The Love Bug (1982), in which she appeared in a handful of episodes. Continuing to act through her teen years, she made several appearances in the shows Fame (1984), Anatomy of an Illness (1984), Trapper John, M.D. (1985), over the next couple of years.

In 1984, the up-and-coming actress was also cast as a series regular in the comedy, Off the Rack (1984). The following year, Wells received a huge break when she was selected to play a supporting role in the Academy Award winning sci-fi film, Back to the Future (1985). Universally acclaimed, the movie managed to propel her into the next level of fame. After a couple of minor appearances on television, one of which was in the TV movie, Able to Do (1985), she landed another lead role in the comedy series, Fast Times (1985), although it ultimately proved to be short-lived, having ended after only seven episodes. From there, she went on to appear in an episode of the popular comedy, Brothers (1986). Shortly afterward, her mother was diagnosed with cancer and having always held family as precedence, she took a prolonged break from the industry to care for her at home.

Nearly two decades after she left the acting scene, Wells made her big return in the romance drama film, Still Waters Burn (2008) where she co-starred alongside Lina Broydo and Ian Hart. After another short hiatus, she appeared as a supporting character in the sci-fi flick, Alien Armageddon in 2011. That same year, she also lent her voice to Jennifer Parker in Back to the Future: The Game (2011). Slowly picking up momentum, the actress later went on to appear in a number of TV shorts including You Are Not Alone (2013), Max (2013), and Zero Impact Home (2014). Her next appearance on the big screen came in 2014, when she played Captain Savage in yet another sci-fi movie, Starship: Rising.

What has the 50-year-old actress been up to since then? Can we expect to see her in any new film and television projects this upcoming year? What happened to Claudia Wells? Where is she now in 2018? 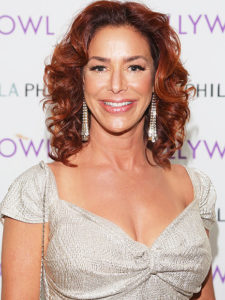 Born on July 5, 1966 in Kaula Lumpur, Malaysia, Claudia Grace Wells spent most of her youth growing up in the Punto Fijo area of Venezuela. Later in her teen years, she moved with her family to San Francisco, California, where she went to a local high school. As a child, she always held an interest for acting. Thus, it wasn’t surprising to those that knew her when she made her television debut in the TV drama, Family (1979) at the age of thirteen. Reemerging as a young actress in 1981, she played a couple of small roles in the television series, Rise and Shine (1981), and Strike Force (1981). From there, it wasn’t long until she landed her first recurring role in the comedy, Herbie the Love Bug (1982) where she played alongside actors Dean Jones, Richard Paul and Patricia Harty.

Continuing to act while attending school, Wells went on to play a number of minor roles in the series Fame (1984), Trapper John, M.D. (1984), and Simon & Simon (1985). In 1984, she also appeared in the made-for-television film, Anatomy of Illness, which later earned her a Young Artist Award nomination for the category of “Best Young Actress in a Family Film” in 1985. Around that same time, the actress was also cast as one of the series regular in the comedy, Off the Rack (1984), although it ended up being short-lived due to low viewership ratings. Shortly after appearing on the show, she received a major breakthrough when she was offered a supporting role in the Academy Award-winning sci-fi film, Back to the Future (1985).

Claudia Wells’ First Break with Back to the Future 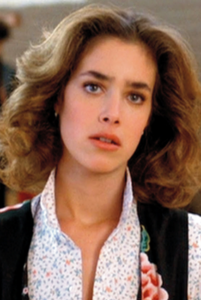 Written by Robert Zemeckis and Bob Gale, the latter of whom also helped to produce the film, Back to the Future revolved around a young teenager who finds himself accidentally becoming his own mother’s love interest, after traveling back in time to the 1950’s. In order to prevent damage to the present, he enlists the help of an eccentric yet talented scientist named Dr. Emmett Brown.

While Michael J. Fox portrayed the role of the teen in question, Marty McFly, actor Christopher Lloyd played as the “Doc”. A member of the supporting cast, Wells took on the role of Jennifer Park- Marty’s girlfriend whom he is later reunited with at the end of the film, after successfully returning to the 1980’s. Back to the Future also starred Lea Thompson, Crispin Glover, Thomas F. Wilson, James Tolkan, and Marc McClure. Although Wells’ role in the movie was relatively small, it was her first time appearing in a high-profile film.

Filmed in various locations in California, Back to the Future, distributed by Universal Pictures, was released in theatres on July 3, 1985. A huge success, it spent a staggering eleven weeks at number one at the box office, prior to being bumped down by National Lampoon’s European Vacation (1985). Over its opening weekend in the United States, the movie grossed over $11 million in ticket sales; by the end of its run, it had earned a worldwide total of $381 million- a huge amount compared to its production budget of $19 million. Not only was the movie a financial hit, but it also garnered overwhelmingly positive reviews from contemporary critics, many of whom praised it to be a masterpiece. The following year, it also won a prestigious Oscar Award for “Best Effects and Sound Effects Editing”. 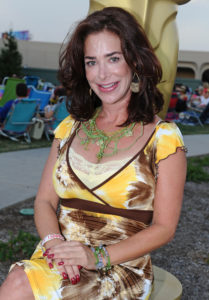 Transitioning back to television, Wells starred in the CBS sitcom, Fast Times in the fall of 1986. Directed by Amy Heckerling, the show served as a modern remake of Fast Times at Ridgemont High, a 1982 film that centred around a group of high school teens in Southern California. The main female protagonist, the actress played as Linda Barrett- a young teen who considers herself wiser than her peers when it comes to romance; she is one of the older ones of the group. Joining Wells as members of the main cast were Courtney Thorne-Smith, James Nardini, Wally Ward, Patrick Dempsey, and Kit McDonough.

Overseen by Cameron Crowe, who served as the screenwriter for the original film, Fast Times premiered on CBS on March 5, 1986. Like many remakes before it however, it received mostly mixed reviews from critics, many having felt that it was less effective compared to the original. Still, it currently holds an above average rating of 6/10 on its official IMdb page.

Toward the latter half of the 1980’s, Wells’ mother began feeling ill. Later, it was announced that her mother had been diagnosed with cancer. Having always held family in high regard, she promptly left her career in the show business to care for her ailing parent; she left the industry shortly after appearing in an episode of the TV series, Brothers (1986). 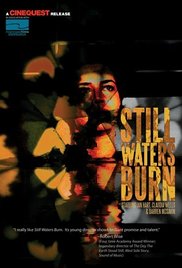 After a twenty-two year long absence from acting, Wells eventually returned to the big screen in the romance drama film, Still Waters Burn (2008). Her first acting role in over two decades, it saw her as the film’s main female protagonist, Laura Harper; playing opposite of her was actor Ian Hart who portrayed the role of Jack Price. Directed and co-written by Halfdan Hussey, it followed a game of truth or dare who ultimately leads to a case of latent love. In addition to Wells and Hart, the cast of Still Waters Burn also included Lina Broydo, Ian Davidson, Jens Hussie, Marin Kachuck, and Bert Kinyon, among others. Released in theatres on February 12, 2008, Still Waters Burn proved to be fairly popular among viewers, despite having been produced on a relatively low budget of $350,000.

Following a short hiatus, the actress appeared in the science fiction film, Alien Armageddon (2011). Written and directed by Neil Johnson, it centred around a young woman who is determined to locate her daughter in a city that has been taken by an invading alien army. While Katharine Lee McEwan played the lead protagonist, Wells portrayed a supporting character by the name of Eileen Daly; other members of the cast include Marilyn Ghigliotti, Tiffany Martin, Don Scribner, Cynthia Martin, and Virginia Hey. Rated R, the movie hit the screens on July 6, 2011 in the United States. Much to the disappointment of filmmakers however, it proved to be a commercial flop. While many viewers felt that the film had an interesting premise, the general consensus was that the execution was lacking.

Three years later, Wells took part in yet another one of Neil Johnson’s sci-fi movies, Starship: Rising (2014). Starring Brooke Lewis, Emii, and Darren Jacobs in the lead roles, it depicted the story of Starship One- one of the most powerful warships ever to have been created, that is later tasked with destroying planet Earth. In the film, the actress took the role of Captain Savage; she is joined by Darren Jacobs, Emii, Brooke Lewis, and Ralph Guzzo. Much like Johnson’s earlier effort however, Starship: Rising proved to be underwhelming upon its release. Having said that, it did win a small handful of awards at the Action on Film International Film Festival in 2014.

Having had herself a busy year, Wells will be appearing in a number of films this upcoming year, one of which is the action movie Quinn (2017). Written and directed by Andrew Cinclair, it will follow a former military mother, who must find her teenage daughter after she is kidnapped by a group of ruthless human traffickers. One of the movie’s main protagonists, the actress will be playing as a character by the name of Ronnie; the cast also includes Ashley Maimes, Andrew Cinclair, Greg Kriek and Meredith Thomas. Currently still in the filming stages, no official release date has been announced as of yet.

If you’d like to stay up to date and connected with the 50-year-old American actress, you can do so by following her on social media- you can find Claudia Wells on Twitter at @theclaudiawells. Alternatively, you can also follow her on Instagram at @claudiawells1.