What Happened to Renee O’Connor – Now in 2018 Update 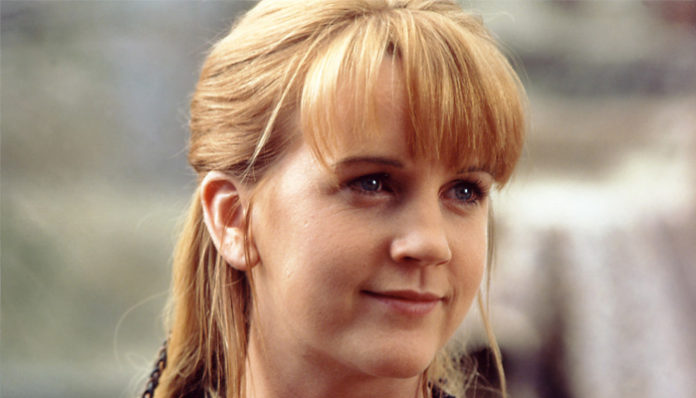 American actress Renee O’Connor made a name for herself playing the character of Gabrielle in the popular series, Xena: Warrior Princess (1995). Raised in the suburbs of Houston, Texas, she first got involved with the show business as a young teen. At the age of sixteen, she began appearing in a number of television commercials and advertisements. A few years later, she made her official acting debut in the TV film, Match Point (1989); she was eighteen at the time. Soon afterward, O’Connor appeared on the big screen for the first time in the drama thriller, Night Game (1989), where she had the chance to work with Lane Smith, Karen Young and Roy Scheider. Continuing on her road to stardom, the aspiring actress later took part in the films Black Snow and False Identity in 1990. From there, she appeared in a made for television movie called Changes (1991), prior to landing a small recurring role in the drama, FBI: The Untold Stories (1992).

Carrying on with her budding career, O’Connor later appeared in the adventure comedy flick, The Adventures of Huck Finn in 1993. Around that same time, she also made a couple of small appearances in the TV films, Sworn to Vengeance (1993), and The Flood: Who Will Save Our Children? (1993). In 1994, the actress received a minor break when she was cast as one of the lead protagonists in the made for television movie, Hercules: The Legendary Journeys. Unbeknownst to her at the time, the film would later indirectly land her her breakthrough role the following year. As it happened, her portrayal in the Hercules TV film had captured the attention of Sam Raimi and Rob Tapert, two executive producers who happened to have been looking for a young actress for their TV series, Xena: Warrior Princess (1995). Before she knew it, O’Connor was cast as Gabrielle, the title character’s trusted side kick in the show.

Critically acclaimed, the adventure series garnered her much fame during its run in the latter half of the 90’s. Not only that, but her stellar performance in the series also earned her two consecutive OFTA Television Awards in 1997 and 1998. Following the end of Xena: Warrior Princess in 2001, O’Connor turned her attention to film. Throughout the 2000’s, she appeared in a number of motion pictures including Accidents Don’t Happen (2001), Ghost Town: The Movie (2007), Boogeyman 2 (2007), Diamonds and Guns (2008), and Bitch Slap (2009), to name a few. After an extended absence from the small screen, she later returned as a supporting character in the TV series, Ark in 2010. Overall, the blonde beauty has taken on over forty different roles as an actress.

So what has the Texas-born TV star been up to recently? Has she retired from the acting lifestyle or is she still actively taking on roles? If so, what can we expect to see her in this year? What happened to Renee O’Connor? Where is she now in 2018? 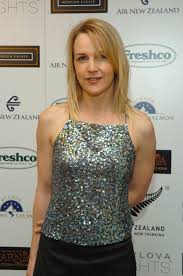 Born on February 15, 1971, Renee O’Connor (Birth Name: Evelyn Renee O’Connor) is the daughter of Sandra and Walter O’Connor, who have since divorced; her step-father is Eddie Wilson, the former owner of Texas’ The Armadillo World Headquarters. Growing up in the Houston suburbs with her older brother Chris, she went to Taylor High School during her early teen years, before transferring to Houston’s High School of Visual and Performing Arts in the late 1980’s. Even as a child, the blonde had always aspired to involve herself in the performing arts. Following through with her early ambitions, she started appearing in a number of television commercials when she was a teenager, including one for McDonald’s.

At the age of eighteen, the aspiring actress made her official acting debut in the made for television film, Match Point (1989), where she had the chance to work with actors Evan Richards, and Brian Krause. Later that same year, she appeared on the big screen for the first time in the crime drama thriller, Night Game (1989). Continuing to attend auditions, O’Connor eventually played a small role in the movie, Black Snow (1990), prior to making a couple of guest appearance in the TV series, Tales from the Crypt (1990), and ABC Afterschool Specials (1991). Around that time, she also landed herself a few roles in the films, False Identity (1990), Stone Cold (1991), and Sworn to Vengeance (1992). In 1992, the then twenty-one-year-old received a minor break when she was offered a small recurring role in the TV series, FBI: The Untold Stories.

Continuing to make several appearances on television the following year, she went on to appear in Sworn to Vengeance (1993), The Flood: Who Will Save Our Children? (1993), NYPD Blue (1993). In 1994, the actress received another break when she was cast as Deianeira in the adventure TV film, Hercules: The Legendary Journeys. Little did she know at the time that her portrayal in the movie would later earn her a lead role in a television series that would ultimately responsible for the launching of her career.

As it happened, her performance in the Hercules film had captured the attention of Sam Raimi and Rob Tapert, two executive producers that happened to have been looking for someone to play a lead role in their upcoming TV series. Offering her a role in the show, O’Connor was soon cast as Gabrielle in the adventure series, Xena: Warrior Princess in 1993. 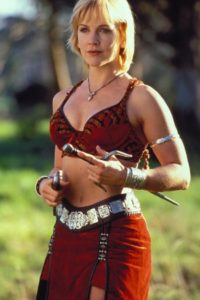 The brainchild of Robert Tapert and John Schulian, Xena: Warrior Princess centered around a powerful warrior princess named Xena, who sets out to redeem herself for her past actions; in doing so, she finds herself battling against ruthless Gods and Warlords in a land that resembles ancient Greece.

While Lucy Lawless portrayed the title character, O’Connor was cast as Gabrielle- Xena’s trusted side kick and comrade-in-arms. Initially depicted as a naive farm school, her character undergoes dynamic development throughout the show; towards the end of the series, she is shown to be a rational, warrior. While the two actresses played the roles of the female leads, Xena: Warrior Princess also featured the acting talents of Ted Raimi, Kevin Smith, Hudson Leick, Karl Urban, and Adrienne Wilkinson, among others.

Shot on location in New Zealand, Xena: Warrior Princess originally premiered on Syndication on September 4, 1995. A consistent high achiever for the network, its initial season drew in over six million viewers in the United States; at the peak of its popularity during the 1996-1997 season, it garnered close to eight million audience members. Critically acclaimed, the show’s use of a strong female protagonist earned it high praise from numerous critics. Throughout its six-year run, it also earned a number of awards including a prestigious Primetime Emmy in 2000. For her portrayal of Gabrielle, O’Connor was also nominated for two OFTA Television Awards for the category of “Best Actress in a Syndicated Series” for two years in a row. 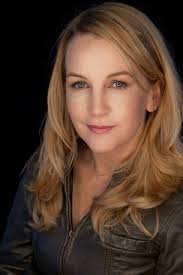 In 2005, O’Connor co-starred in a Sci-Fi Channel Original Movie called, Alien Apocalypse alongside Bruce Campbell, Remington Franklin, Peter Jason, and Michael Cory Davis. Directed and written entirely by Josh Becker, it followed an astronaut doctor and his comrade, who after returning from their respective missions in space, discover that planet Earth has been taken over and invaded by aliens. While Campbell portrayed the role of Ivan, the doctor, the actress played as Kelly, his fellow astronaut.

Filmed in Bulgaria, the film- which was created on a budget of $1.5 million- was released on the Sci-Fi Channel on March 26, 2005. Although it won an award for “Best Direct-to-Video Film” at the Gerardmer Film Festival, reactions to the whole production were generally mixed; while some lauded the movie for its brilliant acting, others noted its dreadful script, which took away from the experience. Critics such as David Nusair writing for Reel Film Reviews also gave Alien Apocalypse a mixed-to-negative review.

Two years later, the co-starred in the supernatural horror film, Boogeyman 2 (2007), a direct-to-DVD release, written by Brian Sieve. The sequel to the original 2005 Boogeyman movie, it follows a young woman named Laura Porter, who has an intense fear of the bogeyman after witnessing the death of her parents by a hooded man when she was a child; in attentions to conquer her overbearing fears, she checks herself into a mental health institute. While actress Danielle Savre portrayed the role of Porter, O’Connor played as Dr. Jessica Ryan- one of her doctors at the facility. Other members of the main cast consisted of Matt Cohen, Tobin Bell, Michael Graziadei, and Chrissy Griffith.

Despite being released straight to home video, Boogeyman 2 received a rare theatrical run in a handful of countries including Venezuela, Mexico, Italy, and Russia. Created on a production budget of $4.5 million, the movie disappointingly only managed to gross a little over $2.3 million in terms of DVD sales in the United States- rendering it a financial failure. Nonetheless, a third installment of the film series was later released in 2008, although O’Connor did not appear in the movie. 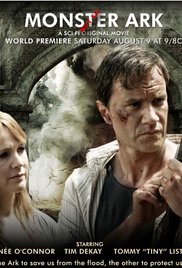 The following year, O’Connor was a cast member of the Sci-Fi television film, Monster Ark (2008). Directed by Declan O-Brien, it revolved around an archaeology team who finds what appears to be Dead Sea Scrolls in the Qumran Ruins of Israel. Playing as the movie’s lead female protagonist, the actress starred as Dr. Ava Greenway; starring opposite of her was Tim DeKay, who played as Dr. Nicholas Zavaterro. In addition to the two, Monster Ark‘s cast list also included Tommy Lister, Amanda Crew, Carlos Leon and Bill Parks. Distributed by Universal Studios, Monster Ark was released on the Sci-Fi Network on August 9, 2008. Unfortunately however, it was not well received by viewers upon its release.

Since then, the blonde has appeared in a number of B-list films including Bitch Slap (2009), 2010: Moby Dick (2010), Deadrise (2011), Beyond the Farthest Star (2015), and Last Chance (2015). Around that same time, she also took part in a couple of short films called Words Unspoken and Infinity in 2010 and 2011 respectively. In terms of television, O’Connor hasn’t starred in any shows since Xena: Warrior Princess; having said that, she has guest appeared in Mataku (2002) and in the popular police procedural drama, Criminal Minds (2008).

This year, O’Connor will be starring in an upcoming Sci-Fi flick called, Watch the Sky (2017)– written and directed by Alexander Murillo. According to the synopsis posted onto IMDb, it will center around two siblings who unexpectedly find themselves in harm’s way after attempting to record video of outer space. In the film, the actress will be playing the female lead by the name of Shannon; other actors to be featured include Miracle Laurie, Tom Kiesche, Carol Mansell, and Jed Sura.

In addition, she will also be making a small appearance in the drama film, A Question of Faith (2017) which is set to be released later this year. One of the supporting characters, O’Connor will be playing as Mary Danielson; joining her as members of the main cast are Richard T. Jones, Kim Fields, C. Thomas Howell, and Gregory Alan Williams.