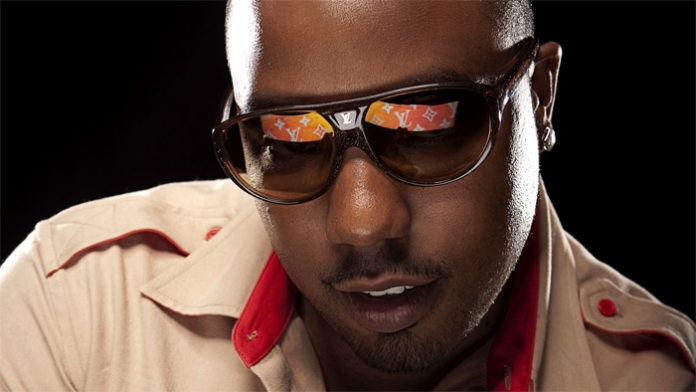 American rapper Shawn Mims (better known as simply MIMS) first garnered widespread attention with the release of his debut single, This is Why I’m Hot in 2007. Hailing from Manhattan, New York, he fell upon music after losing both his parents at a young age. Especially fond of Southern rap, he listened to a variety of artists growing up. Following his high school graduation, he attended community college briefly before ultimately deciding to pursue a music career as an R&B artist. At the age of twenty, the aspiring musician received a big break after being invited to make an appearance in Baby Blue Soundcrew’s hit song, Love Em All. His first contribution to the music scene, it later earned an award nomination at the Much Music Awards. Two years later in 2003, Mims released the song I Did You Wrong with the help of Grammy Award-winning record producer, the Blackout Movement. From there, it wasn’t until 2006 that he started to create music under the stage name of MIMS.

Despite his best efforts however, his debut single was not enough to garner him a record deal. After recording a few tracks for a Latin-based hip hop company, Mims made the decision to create his own label; thus, with the help of a few business partners, he formed American King Music. In the spring of 2007, the rapper released his debut album entitled, Music is My Savior– his first full length effort. A relative commercial success, it peaked within the top five in a number of US Charts including the Billboard Top 200. From there, he eventually followed up with a second studio album, Guilt in the spring of 2009. Since then, he has released five mix tapes, and four singles, most of which have reached the music charts. To date, his debut single, This is Why I’m Hot remains to be his most successful track, having gone Platinum two times with over 2,000,000 copies sold domestically.

Aside from his solo releases, Mims has also collaborated with a number of fellow artists over the years. For instance, he’s worked with Cassie, Lloyd, Lil’Wayne, Bad Seed, DJ Nasty, Leah Kauffman, and El Arma Secreta, to name a few. Rising in prominence in the late 2000’s, he has netted several industry accolades including an ASCAP Rhythm & Soul Music Award for the category of “Ringtone of the Year”, three BET Hip Hop Award nominations, two Teen Choice Award nominations, an MTV Video Music Award nomination. On top of everything, Mims has also been invited onto various TV shows such as Last Call with Carson Daly (2007), The Tonight Show with Jay Leno (2007), and Jimmy Kimmel Live! (2009).

So what has the 35-year-old New Yorker been up to as of late? Is he still planning on releasing new material as a recording artist? Can we expect to see any of his works this upcoming year? What happened to Shawn Mims? Where is he now in 2018? 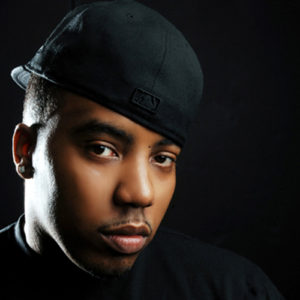 Born on March 22, 1981 in Manhattan, New York, Mims (Birth Name: Shawn Mims) grew up in the Washington Heights neighborhood; he is of Jamaican-American descent. Tragically, he had lost both of his parents by the time he was thirteen. Focusing his attention on something productive, Mims turned his attention toward music; in particular, he was especially fond of Southern Rap. Not only did he listen to hip hop, but he also tried his hand at it himself with a set of DJ equipment that his mother had gifted to him shortly prior her death. Outside of his musical interests, Mims was a student at Westbury High School. During his youth, he often spent time with eventual rapper Cam’ron in the Harlem district.

Following his high school graduation, Mims went to a community college briefly before opting out to pursue a career as a rapper. As luck would have it, at the age of twenty, his talents were discovered by Quincy S Entertainment; as a result, he was featured as a guest performer in the compilation album, Private Party Collectors Edition Vol. 2 by the Canadian music group, Baby Blue Soundcrew. Not only did his guest appearance in the song garner him recognition in Canada, but it also earned him a Much Music Award nomination in 2001.

With the help of his newfound fame in Canada, Mims was eventually put in contact with the Black Movement, an American Grammy Award-winning music producer. With his help, he eventually released his first US single, I Did You Wrong in 2003. Unfortunately, it only gained modest momentum across the country. Shortly afterward, he released another single entitled, L.O.V.E., although it was met with comparable results. Determined to succeed despite the lack of initial success, he adopted his current stage name- Mims, and began working on his next single.

In the winter of 2007, the aspiring rapper received a huge break with the release of his subsequent single, This is Why I’m Hot. Produced by Mike Moosh and Blake Movement, the latter of whom he’s worked with previously, the CD was made available for purchase in the United States on January 23, 2007. His most successful track to date, This is Why I’m Hot is noted for featuring samples of a number of hip hop hits including Jesus Walks by Kanye West and Nuthin’ But a G Thing by Snoop Dog.

Two months after it was released, the single was propelled to the top of the Billboard Hot 100 from number thirty two; it marked the greatest jump seen on the chart at the time. This is Why I’m Not ultimately remained at number one for a week, prior to being surpassed by Fergie and Ludacris’ Glamorous. Outside of the United States, it also charted in a number of countries including France, Finland, Canada, Australia, Denmark, Sweden, Switzerland, and the UK. Critical reception wise, the general consensus from critics was primarily positive. In 2010, This is Why I’m Hot was featured in the comedy film, Due Date. 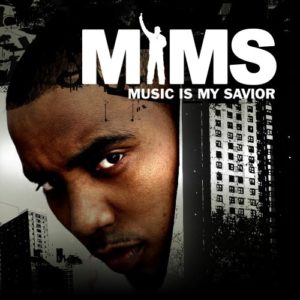 Later that same year, Mims dropped his professional debut album, Music is My Savior under American King Music. Containing an hours’ worth of eastern hip hop, its production was handled by Corey Llwellyn, Erik Mendelson, Ty Fyffee, Black Movement, and the artist himself. Boasting a seventeen-song track list, the album contained the titles This is Why I’m Hot, I Did You Wrong, This is Why I’m Hot, Where I Belong, Big Black Train, It’s Alright, and Girlfriend’s Fav MC. In addition, the album also featured guest appearances from a number of rappers such as Cham, Junior Reid, Bad Seed, and J. Holiday.

Upon being released in stores, Music is My Savior entered the US Billboard Top 200 at number four; by the end of the first weekend, it had sold more than 78,000 copies. Additionally, the album eventually also peaked at number two on both the Top R&B/Hip Hop Albums and the Top rap Albums Charts. Internationally, it also charted in the UK and France. Generally well received by critics, Music is My Savior was given a number of positive reviews from publications such as Entertainment Weekly and the Boston Globe. Having said that, it did garner some lower ratings from the Los Angeles Times and Vibe Magazine, which gave it a one and a half star rating and a two star rating respectively.

A month after the release of the album, it spawned a subsequent single entitled, Like This. Written by Thomas W., Schofield D., and Mims, it is noted for utilizing a synthesizer, sampler and string productions. Featuring guest vocals from fellow American rapper Rasheeda, the disc contained two official remixes- the latter of which saw Sean Kingston as a guest artist. Chart-wise, Like This peaked at number thirty two on the Billboard Hot 100 shortly following its release. One of Mims’ most popular hits to date, it has since gone Gold in the US, having sold over 500,000 copies. 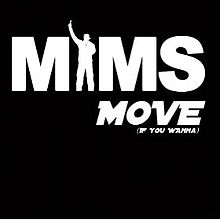 In the fall of 2008, Mims came out with his next release, a single entitled Move (If You Wanna). To be included in his subsequent album, it was written by Mims with the help of Da Internz, the latter of whom helped to produce the song. His second Gold-certified single, it later saw the release of a music video, that was directed by Keith Schofield. Although some accused Mims of having copied the style of Gillie Da Kid, a rapper from Philadelphia, Move (If You Wanna) still proved to be a success.

On April 7, 2009, Mims dropped his second full length album, Guilt. His first under EMI and Capitol Records, the project was produced by Jim Jonsin, Marco Bosco, The Kaliphat, Da Internz, and his long-time collaborator, Blackout Movement. Preceded by the previously mentioned single, it came with fourteen hip hop beats including the numbers One Last Kiss, In My Life (Why oh Why), Be My Hustla, Chasing Sunshine, One Day, Love Rollercoaster, and I Do. Much like his previous works, the album also featured guest vocals from artists such as Nice & Smooth, Soler Mesh, Tech N9ne, Ky-Mani Marley, and LeToy Luckett.

Although not as commercially successful as its predecessor, Guilt did manage to reach number fifty three on the Billboard Top 200, number seven on the Rap Albums Chart and number twelve on the Top R&B Albums Chart. Having said that, opinions toward the album were generally mixed; for instance, the Rolling Stone awarded it two stars while Entertainment Weekly thought greater of it, having given it a B rating.

From what we can gather, Mims recently co-founded a music startup called Recordgram- an online platform designed to allow musically inclined individuals to post instrumentals, write lyrics, and create a song- all on one site. If that’s something that interests you, go ahead- why not support your favorite rapper and give it a try?

In terms of his work as a recording artist however, the New Yorker hasn’t released any new material since 2012- his last projects having been the mixtape, Fuck Yo Feelings and Get Money, the latter of which was a collaboration with Timati and Mann. Is he simply taking a break from recording? Your guess is as good as ours!

Want to stay in touch with the rapper? You can do so easily by following Shawn Mims on social media- you can find him on Twitter at @MimsLife. Alternatively, you can also drop by his official Facebook page at @MimsMusic.