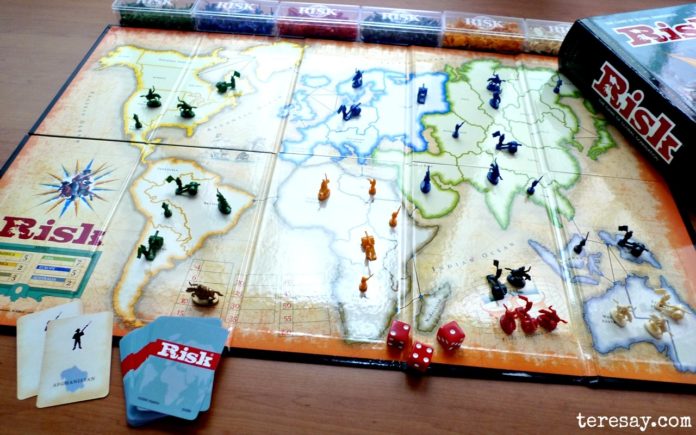 I am an avid board game player. I wasn’t always. When I was a kid all board games were essentially the same random fest. If you wanted to win you rolled the dice and hoped. It was years before I played my first strategic board game, beyond monopoly anyway, and I don’t count that due to both the horrible arguments it can cause and the unbalanced nature of the game itself. My modern day love affair with board games came via Settlers of Catan, and has grown way beyond that. Since then I have played all kinds of games, modern and past, and few can match the intense strategy of Risk.

Risk is a multiplayer grand strategy board game played on a facsimile of the world. Players control armies as the vie against each other for control of the world. The core mechanics are simple, roll some dice against your opponent to see who wins each exchange. The thought and planning comes from maneuvering your army into key locations to maximize your rolls, playing cards at key times, and forcing your opponents off the board. Playing can be anywhere from an hour to the guts of a day, depending on the skill of the players.

Risk is a lot of fun, but it is far from the only high quality skill based board game in the world. In fact, I went ahead and compile a little list of games you might like to try in its stead. Below are an eclectic mix, some are a little removed from the core premise of risk, while others are very much in the same wheel house. All of them are a lot of fun, and comprise my favorite alternatives to a good game of Risk. 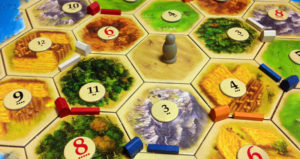 Yeah, I know. Settlers of Catan is almost nothing like Risk. I can see that argument, very easily in fact, but I feel the point of this list is to provide fun and easy to play alternatives to the classic war game. Settlers of Catan is a settlement building board game, where the players roll dice to collect resources, build up their civilization and become the masters of the new land represented. I have played so much of this game over the years and cannot recommend it enough for people new to tabletop gaming.

Catan is a German style board game, exemplified by the classic edition of the game featuring little player interaction beyond resource trading. There are expansions that add combat, but I feel that most expansions make the game a little cumbersome. I do recommend the seafarer’s expansion though, it adds few new rules but greatly expands the strategies that can be employed. Strategy is the key word here. Much in the same way that Risk has a strategic focus, so too does Catan, and most German-Style games for that matter. 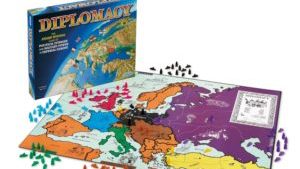 Take Risk, remove the dice, and add in way more backstabbing and you get Diplomacy. Focusing on pre World War 1 Europe, the map shows only that location. Up to seven players take control of a major European power in the year 1901, and move their armies to exert their influence. You must manage your military, economy and Government against, hopefully, shrewd adversaries to come out on top.

Diplomacy is one of the longest games I have every played, and I’ve sat through an entire game of Arkham Horror once. The longer games can go on for upwards of 12 hours, but most games will only last you 3 or 4. Core gameplay is easy to understand, but difficult to master. Each player writes down orders for their armies, moving them into new territories to gain influence in the territory. You write down where your armies are moving first.  All orders are acted upon at once. So Turkey moves their forces into Bulgaria at the same time as Russia, the winner is the player who moves the most units into the territory. You can move units, support other units that move, assign reinforcements, retreat, cut off support and so much more. That is the basics of the combat, but there is a whole other game on top of that.

You can help other players do pretty much anything, trading favors in the future. lands now and all manner of other things to kick another player out of the game early. Overall this is one of the most fun games I have ever played, and the speed the game is played at is much faster than you might think. The game was a favorite of the likes of Isaac Asimov and Henry Kissinger too, higher praise I cannot think of. 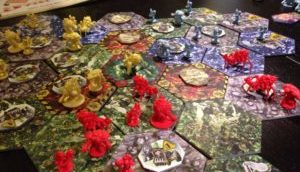 Bit of a weird one this. A complicated board game that, nevertheless, streamlines so many of the features of other war games. Nexus Ops has a combination of resource gathering, strategic army placement and land grabbing, feeling for all the world like a tabletop version of the old RTS games you don’t really see anymore. when you first read the rules it is somewhat overwhelming, but like all moderately complicated board games, it is fairly easy to get the hang of and start pressing against your opponents.

Unlike Risk your units are not all the same. You buy units to place on the game board, with the attack order determined by the player card given to each player. During your turn you move your troops around the hexagon map, made from tiles found in the box, and build resource gathering mines. At the end of the turn you resolve any player interactions, in most cases that would be combat. Winning is a matter of getting 12 victory points, or knocking a player out of the game entirely.

Overall the game is full of novel twists on the classic genre. Don’t let the setting put you off, the game is one of the best on the market at the moment, so if you can find a copy snap it up. 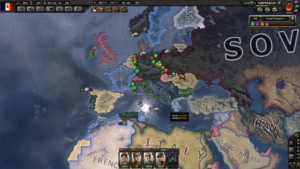 The only video game on this list. The Hearts of Iron series is focused on the time in and around World War II. You play as any nation, major or minor, building forces, setting policy and, of course, waging war. Everything about the series screams board game. Instead of dice rolls we have complicated math running in the background, with units suffering from attrition, exhaustion and all manner of other things, all of them impacting how well they do in fights. I’ve played well over a hundred hours of the most recent release, and while it is less complicated than previous entries, it is no less fun.

Older games in the Hearts of Iron series had many more options regarding domestic and foreign policy, making them war games with a political bent. Hearts of Iron IV is more focused on the combat side of things, and so is a better match for Risk enthusiasts. The historical setting is fascinating, and while following along in history is fun, I much prefer what if scenarios, playing as the Nazi’s trying to make operation Sea Lion work, or playing as America, turning communist and aiding the Soviets as a major player in the Comintern. The core gameplay is addictive, and while it might take some time to get used to it, it won’t be long before you are positioning mixed units, setting the sky ablaze, and sweeping in with your armored divisions, stealing enemy provinces.

Hearts of Iron is one of my favorite franchises, and while it has issues, it is certainly worth a look. 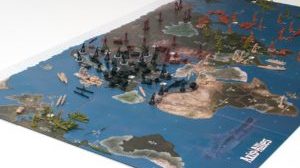 This, like Diplomacy, is a game heavily influenced by Risk, and itself is a huge influence on the Hearts of Iron series as well. Axis and Allies is a WWII grand strategy game that can take all day to play, and remains exciting throughout. The game is vast. Early editions have you playing as al kinds of factions, in the Allies you tend to get USA, The Soviet Union and the UK, while in the Axis we get Nazi Germany and Imperial Japan. Some versions of the game add even more nations, like Italy, Australia, China and France. Different versions are set in different eras as well, so if you fancy early war there is an options for that. Late war? That too, and my personally favorite, WWI, which should really be called Central Powers & Entente, but that is no where near as snappy a title.

Players are given lands at the beginning of the game, representing territories owned at the beginning of the game by the various powers. You move your army, consisting mostly of Infantry, tanks, Air force and Navy. You begin the game with funds, and gain it by taking territories. You use the currency, or resource, to buy units to reinforce your army and deploy new soldiers. Like Risk you must strategically place and move units to take more and more land. Combat is settled with the dice, in manner very similar to Risk. I cannot recommend it enough, especially for the history buffs out there.

So there we are. A short selection of games to keep an eye out for. Most of them can be bought for under $30, even the lone video game I mentioned, so you owe it to yourself to give them a go. They are guaranteed to liven up any party, so long as you attendants know what they are getting in for. Happy gaming people.