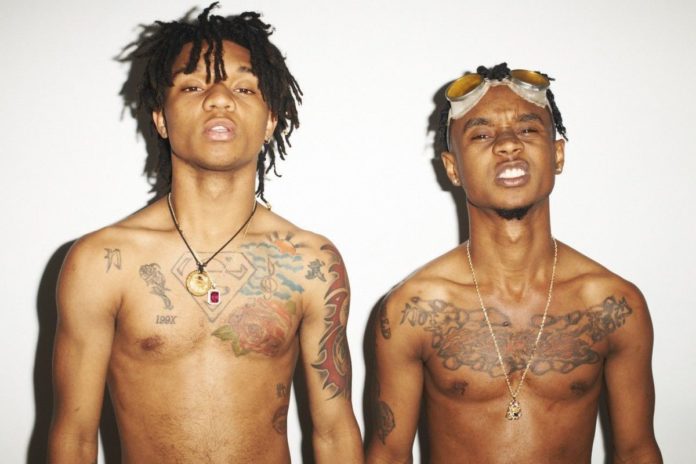 Rae Sremmurd completely passed me by. It’s a bit of a surprise, seen as they have a number one single under their belt, not to mention several high charting tracks to back it up. Rae Sremmurd is a Hip Hop duo comprised of brothers Aaquil Ibinshaman Brown and Khalif Malikibnsham Brown, better known by their stage names Slim Jxmmi (aka slim jimmy) and Swae Lee respectively. The California natives have lived in all kinds of places, their mother, who raised them, was in the military, and the pair had an up bringing not unlike the classic Army Brat. It’s led to a distinctive sound to their music. The genre is ostensibly Trap, and it does share in the laid back style, with the idiosyncratic beats and the near eno-esque synth layers, but Rae Sremmurd is a little easier to understand for me personally, all about that diction. But the focus of this article is where they make their money, not a musical critique, but I may have some time for the latter regardless.

So let’s break down their finances, see how much this popular pair are worth in 2017.

How Did Rae Sremmurd Make Their Money & Wealth? 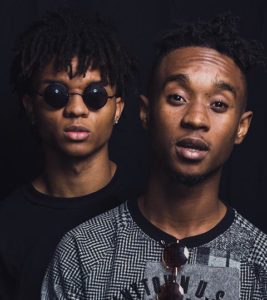 The pair who make up Rae Sremmurd were born in Inglewood California to Army employee Bernadette Walker. Their father left the family when the boys were still quite young. Their mothers work forced them to move around a lot growing up, and they ended up in Tulepo Mississippi. They grew up around the drug scene, their step father earning money through the sale of narcotics.

They began making music together from a young age, and like many up and comers in their age group, latched on to Fruity Loops for productions. I’ve used it a bit myself for arrangement and synths, and found it very intuitive. It wasn’t long before Rae Sremmurd were skipping school to focus on making music. for many out there this would not have been a viable option, and so many fail when following their dreams, but they stuck at it, got a little lucky, knew the right people and kept on pushing. They were discovered, for lack of a better word, by Pierre Slaughter, or Ear Drummers records.

Their first foray into the Atlanta music scene say the duo achieve some small successes, but financial issues forced them back to Mississippi all too soon. They worked in and around Mississippi for a while before trying it again in Atlanta. They released SremmLife in 2015, and this debut album peaked at number 5 on the Billboard 200, and spawned a few hit singles to boot. Rae Sremmurd had arrived, as the saying goes. They released a second album in 2016, SremmLife 2, which debuted at number 7 on the charts. The success of the single, Black Beatles, saw the album reenter the charts months later, again hitting number 5.

So where do they make their money? Well, Rae Sremmurd have been around a little longer than the rappers I usually look at, and while it is no doubt true that in their early career selling verse was their main source of income, and likely still a lucrative pillar of it today, the huge sales of their albums, and the sell out tours, all combine to make Rae Sremmurd very wealthy indeed.

Rae Sremmurd is made up of rappers Swae Lee and Slim Jxmmi, they are indeed brothers, and have been making music together for the majority of their lives.

Where Rae Sremmurd from?

Rae Sremmurd were born in Inglewood California, but were mostly brought up in Tulepo, Mississippi. Their mother was employed by the US Military, and so they brothers found themselves moving around a lot in their early years, before finally settling.

Why are they called Rae Sremmurd?

Rae Sremmurd got their name from the first label they signed to, Ear Drummers records. The simply reversed the spelling.

No, they are not twins. Slim Jxmmi is the elder of the two by two years, give or take a month.

Why did Rae Sremmurd go to jail?

They didn’t, but the younger of the two, Swae Lee, was detained by Florida police for driving with a suspended license. He was put in jail, with bail set to $1,000.

How old are Rae Sremmurd?