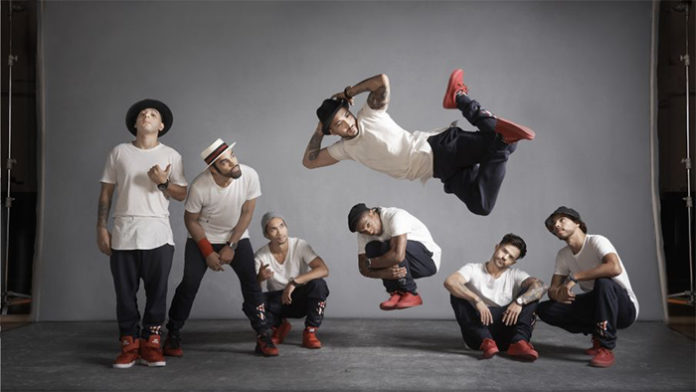 American breakdance crew, Super Cr3w earned nationwide fame after winning the second season of the MTV reality series, America’s Best Dance Crew. Based in Las Vegas, the group was officially formed in 2000, after three separate b-boy groups came together to create a “Super Crew”. More specifically, they consisted of the crews the Battle Monkeys, Knucklehead Zoo, and Full Force Crew. To date, Super Cr3w currently has eleven members- Jon Cruz, RJ Puno, Angelito Casal, Ronnie Abaldonado, Chris Gatdula, Faye Lim, Rynan Paguio, Michael Carrasco, and Abenamar Horubia, although only six individuals took part in the MTV show (which led many to falsely believe that they were a six-member team). Wanting to try their luck on the popular competition series, the boys auditioned for and successfully made it into season two in the summer of 2008. With their unquestionable talent and stylish choreography, they ultimately proved themselves to be worthy contenders in the competition.

As mentioned previously, six members of Super Cr3w took part in the show, including RJ Puno “Rockadile”, Mike Carrasco “Murda”, Abenamar Honrubia “Ben”, Cruz “Do-Knock”, Ronnie Abaldonado “Ronnie Boy”, and Angelito Casal “Vex”. Introduced as one of the many dance crews during the show’s first episode, their first on stage performance saw them dancing in ninja costumes to James Brown’s hit title, Get Up Offa That Thing. Although it took a little while for them to gain momentum, they eventually proved themselves to be one of the top competitors on the show. By the second episode, Super Cr3w had already attracted a sizeable fanbase- one that would continue to cheer them on throughout the competition. Continuing to put on consistent performances, they soon found themselves competing in the finals, going up against fellow dance groups, Fanny Park and SoReal Cru. After the votes came in during the Live Finale, it was announced that Super Cr3w had finished first, with a total of 39,000,000 votes from the public.

As the grand champions of the entire competition, the Las Vegas-based dance crew was then awarded a cash prize of $100,000 as well as the coveted golden America’s Best Dance Crew trophy. Bathed in newfound fame, they eventually went on to appear in a number of TV commercials including those for Pepsi, DJ Hero, and T-mobile. In addition, members of Super Cr3w have also been featured in various television programming such as Lopez Tonight Show (2010), So You Think You Can Dance (2009), and Season of Superstars (2011). Speaking of which, they even went on to appear in the dance movie, Honey 2 in 2011.

What has the eleven-member breakdance crew been up to since then? Have they competed in any other competitions in the recent years? Can we expect to see them in any events this upcoming year? What have they been busy with since their big win in 2008? What happened to Super Cr3w? Where are they now in 2018?

The Member Roster of Super Cr3W 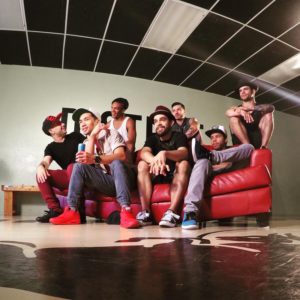 Based in Las Vegas, Nevada, the breakdance group Super Cr3w first came together in 2000. Known for their unique choreography and big tricks, the crew- contract to popular belief, actually consisted of three separate b-boy dance groups including the Full Force Crew, the Battle Monkeys and the Knucklehead Zoo. Approximately half the members are Filipino while the other half are Puerto Rican.

In addition to being the champions of the second season of America’s Best Dance Crew, many individual members have also gone on to achieve a number of titles. For instance, Ronnie Boy is the 2007 Red Bull BC One Champion, Ben and Mike Murda are two-time Battle of the Year National Break Champions, and Do Knock is a three-time Star Search Champion.

For more information about each of the individual members, you can drop by their official website at supercr3w.com. 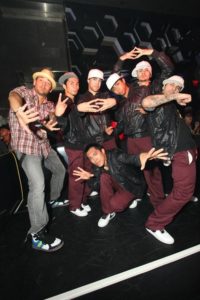 The brainchild of the husband and wife team Karen and Howard Schwartz, each season of the show featured a number of dance crews who after earning a spot in the competition, compete for a chance to win a grand prize of $100,000. Every week, the teams are given a different challenge which they must perform; by the end of every episode, at least one of the dance crews are put up for elimination. Ultimately, it is the judges that get to decide which get to advance to the next round. For the second season of America’s Best Dance Crew, which premiered on June 19, 2008, the panel of judges  consisted of Lil Mama, JC Chasez, and Shane Sparks.

One of the contestants on the show representing the West Coast, Super Cr3w faced off against a number of dance crews including Fanny Park, Distorted X, SoReal Cru, Supreme Soul, Team Millennia, and Full Effect, among others; altogether, there were fourteen groups- all selected across Los Angeles, New York City, Houston and Atlanta.

Originally introduced during the Live Audition which aired on television on June 7, 2008, Super Cr3w found themselves questioned about their “very accomplished B-boys” by judges Shane Sparks, Lil Mama, and JC Chasez in the first episode. In response, D-Knock listed a number of individual accomplishments such as Ben and Murda’s two Battle of the Year wins and Ronnie’s win at the Red Bull BC One Championship. Afterward, when they were asked about how they’re going to deal with the different challenges on the show, they answered by stating that they are not newbies to the “choreography game” and that they are actually looking forward to the whole competition. 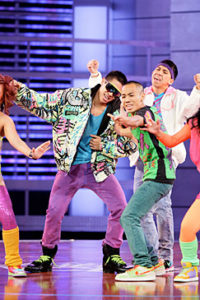 For the first Crew’s Choice Challenge, each dance group were to perform a routine to a song of their own choosing. Ultimately, Super Cr3w chose to break dance to James Brown’s hit song, Get Up Offa That Thing- while wearing Ninja costumes. Despite their best efforts in putting on a display of Ninja-influenced dance moves, they ended up in the bottom five. Having said that, they successfully moved on to the next stage of the competition. At the end of the episode, American rapper Taboo of The Black Eyed Peas fame was also seen holding a sign in support of Super Cr3w.

For the following episode, aka the Video Star Challenge, each group had to perform a specific dance sequence provided in a video- all while retaining their own style. Given the MV for Chris Brown’s Run It, Super Cr3w specifically had to incorporate Brown’s element of “krumpling” into their breakdance moves. Although their performance earned them a ticket to week three, Judge JC Chasez stated that he would like to see more dancing than “tricks” for their next dance challenge. In support of the group however, Shane Sparks stated that tricks are the same as dancing in the break dancing world. By the end of the episode, the New Jersey-based dance crew Sass x7 was sent home.

Moving on to the Rock The Title Challenge, Super Cr3w and the rest of the remaining dance crews were each given a different song and told to use its title as inspiration for their dance routines. Given the song We Fly High by Jim Jones, the Los Vegas-based group donned Clark Kent outfits and performed various “flying” dance moves such as an “airplane transformation” and an “air flare”. A definite crowd favourite, their performance earned them high praise from the judges panel; in particular, it garnered many positive comments from Judge Shane Sparks. At the end of week three, Super Cr3w advanced to the next round while Extreme Dance Force were eliminated.

The next week, the remaining groups took part in the Speed Up Challenge which saw them dancing to a sped up song. For this, Super Cr3w selected Santogold’s hit Creator. While Jon Cruzz dressed up as a graffiti artist, the rest of the group donned gold outfits as to mimic gold statues. Using a six-step breakdance move, they successfully transitioned from a slow to a fast dance. Ultimately, they moved on while Phresh Select was sent home.

From there, Super Cr3w found themselves having to incorporate some dance moves to one of Janet Jackson’s classic songs. Unfortunately, the performance landed them in the bottom two- the first time since the beginning of the competition. Having said that, they were ultimately able to defeat A.S.I.I, which put them back into the game. For the next Bring the Beat Challenge, each dance crew was required to use a school subject as a theme for a prop-oriented dance. After a splendid performance to Busta Rhymes’ Don’t Touch Me, they advanced to the next stage of the competition.

Following another successful challenge, Super Cr3w found themselves competing against the few remaining groups in the 80’s Theme Challenge. Spilt into two separate parts, it saw the Los Vegas-based group dancing to Word Up by Cameo and Bust A Move by Young MC; to make things more interesting, they also had to perform the “Humpty Dance” with four feet on the ground. Before they knew it, their talents had brought them to the Championship Showdown, which aired on August 14, 2008. After a heated dance off, Fanny Pack was eliminated and sent home.

One of the finalists on the Live Finale, Super Cr3w went head to head against SoReal Cru during the last episode. Donning a unique jacket that featured their respective origins, they eventually danced alongside Supreme Soul and Fanny Park as representatives of the West Coast. After the final votes were cast, Super Cr3w was announced as the winner of the competition, having received over 39 million votes from the public.

Crowned the winners of season two’s America’s Best Dance Crew, Super Cr3w were awarded a cash prize of $100,000. According to their official website, the group has since established three dance studios in the country, including one in their native Las Vegas. With their newly found fame, the crew has also been invited onto a number of films such as Turn It Loose (2009), Honey 2 (2011), and Battle of the Year: Dream Team (2013). Speaking of on screen appearances, they’ve also appeared as special guests on the third season of America’s Best Dance Crew (2009), For the Love of Ray J (2009), So You Think You Can Dance (2009), and Season of Superstars (2011).

At one point, they even taught and performed at the first Dance Series Event held at the White House, hosted by Michelle Obama. Currently, they are part of the main cast of M.U.S.I.C.- a show held at the Monte Carlo.

If you’d like to stay in touch with Super Cr3w, you can do so by following them on Twitter at @Supercr3w.