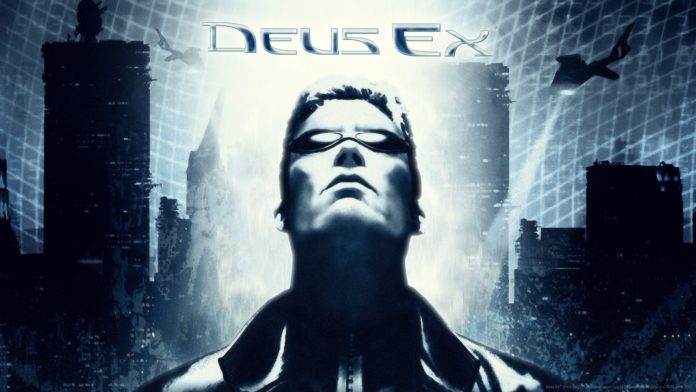 Deus Ex was a hugely influential game. The combination of player agency and world building has been matched a few times, but never surpassed. Back in 2000 the game was a revelation, more ambitious than any other FPS released at the time.

There were a few issues with it across the board though. The gun play was average, the rpg balances were off and the enemy AI could be a touch wonky. At the time it was easy to overlook the flaws, and see the rough cut diamond underneath, but with a modern perspective the issues are far more apparent. Thankfully there are ways to fix that.

Give Me Deus Ex – A Game Reborn

It has been a long time since I sat down and played through Deus Ex. Last time I went with the Revision mod, and while it was okay, the changes made to the base game either didn’t go far enough, or were a little half baked. The designers seemed to miss a fair few key elements in the ethos behind the original release. Freedom and simulation are hard to get right in a game, so it’s no slight to them that they missed the mark a little. It is somewhat disappointing to see the mod so closely tied to the steam release, but that’s a whole other issue.

Well this weekend I am going back to Deus Ex, for what must be the tenth time. The hotly anticipated GMDX mod is set for public beta release later today. I have spoken with the designer and he assures me that the upload is in progress. Major changes to GMDX in v9.0 include enemy AI, a balance pass and, most importantly, the visual overhaul.

The last release, 2016’s GMDX V8.0, focused exclusively on the core gameplay, and it did an amazing job bringing the feel of the game more in line with the modern. Tighter controls, expanded movement options, balanced weapons and skill trees. It even added a nice perk system, further refining the games rpg elements.

I have seen v9.0 in action, and the changes made to the look and feel of the game are substantial, but they maintain the aesthetic of the original. CyperP, the designer, has made sure that every choice he made fits, and believe me they do. You can see the difference in the images. Deus Ex is running on a modified Unreal Engine 1, so don’t expect the game to look like a modern AAA , but the fresh new look, focusing on logic and reality, breathes new life into the series.

Remember, this is a beta release. The final version of 9.0 is set to be finished on the 1st of June. Expect a full review in the coming days.

Be sure to keep one eye here over the next day or so.