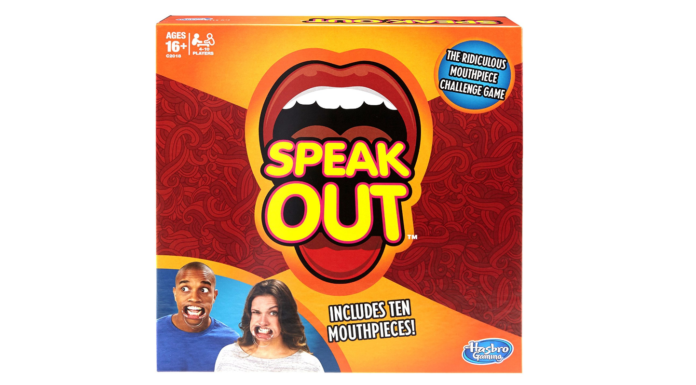 Speak Out is one of the latest board games to hit the party scene, and people have grown increasingly obsessed with it. This Hasbro game is a blast for people of all ages, and its premise is really simple. You stick one of the mouthpieces in your mouth and you attempt to read off of the different cards that are listed. The mouthpiece makes it difficult for you to talk properly, which means that you often end up saying ridiculous things. It’s a great game to play at parties, and it really helps you get to know the people you’re playing with. Are there any other board games that are similar to Speak Out in that way? In this article, I’m going to be talking about some other games like Speak Out. 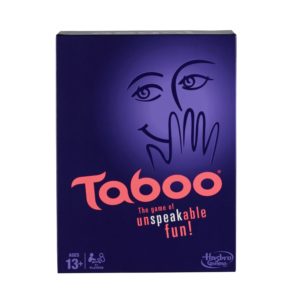 Taboo is the first game that I wanted to talk about, and at first glance, it’s not quite as silly as a game like Speak Out. However, it’s still a pretty hectic game that is a great icebreaker. Taboo is sort of similar to the game show $100,000 Pyramid, where you are trying to get your partner to guess a word without you being able to use that word. It sounds simple enough, but it’s surprisingly difficult to be on either side of that team. Taboo is a game that is mostly just played with cards and pieces of paper, so I would say that there is minimal set-up required. It’s also not a game that is too terribly complicated, so it’s perfectly okay for people who are younger, or for people who don’t play board games too often.

When you play Taboo, you won’t generally find yourself in ridiculous situations like you might if you play a game like Speak Out. However, it’s still an absolute blast. If you’re someone who is into this kind of thing, it may be worth noting that this is actually a game that requires a good deal of brain power, too. It’s not mindless — it actually requires some real thought. There are also quite a few expansion packs that you can purchase if you find that the base game has become too boring. 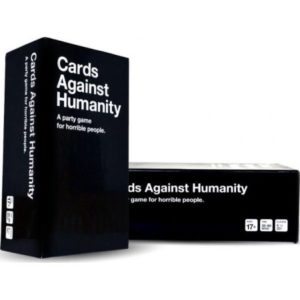 The next game on this list of the top five best games like Speak Out is a game called Cards Against Humanity, which you may have already heard about. It’s a lot of fun to play, and it has a relatively creative concept. In this game, one person is arbitrarily chosen at the Card Czar. The Card Czar selects a black card, which contains a statement or a phrase that has blanks in it. The other plays select a white card, which contains words that are meant to fill those blanks. The Card Czar looks at the white cards, and decides which card would best fill the black card’s blank. It may seem like an overly simple concept, but it actually allows for a lot of creative fun on everyone’s part.

Like Taboo, Cards Against Humanity has a wide variety of different expansion packs, which means that there is virtually no limit to the fun that you have in this game. There is a lot of content, and there’s also a very dedicated player base. I think that you’ll have trouble finding a party where at least one person hasn’t played this game before. It’s a good game to play with close friends and it’s a good game to play with strangers, but I admit that it may bore some younger players. Speak Out can be played by people of just about any age, but Cards Against Humanity is primarily for teenagers and older. Some of the humor in the game may fly over the head of someone who is any older. 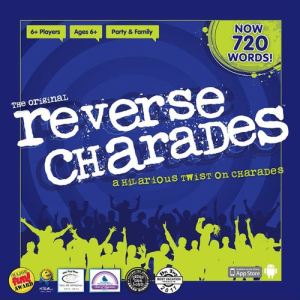 Reverse Charades is the next game that I wanted to talk about, and it is a game that would be greatly enjoyed by any fan of the game Speak Out. If you’ve ever played the classic game of charades, then I think that Reverse Charades shouldn’t seem too unfamiliar to you. Reverse Charades takes the standard game and makes it much more group-oriented. Someone draws a card, and then the remainder of the group has to act out what is one that card. A more fitting name for this game would be something like Group Charades. It may sound like a very minor tweak to an otherwise traditional game, but it actually makes a very large different. Since you’re playing in a larger group, you’re generally willing to make a bigger fool out of yourself than you would if you were playing charades alone.

Reverse Charades is also a game that can be enjoyed by people of all ages. Although older players may be reluctant to play a game this goofy, once they get into it, they’re usually having a lot of fun. The premise of this particular party game is also pretty simple, which means that most kids don’t have any problem getting the hang of it. If you use this game as an icebreaker, you may see quite a few embarrassed people at first, but like I said, it’s a surprise to see how quickly someone is willing to cut loose as long as they are part of a larger group. 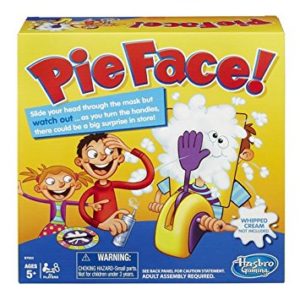 Much like Speak Out, Pie Face is a game that has sort of taken the world by storm. If you’re well-connected with the Internet, then you may have seen a couple of viral videos where people are playing this game. Pie Face is a very simple game, and the premise of it has been popular for many years. It’s sort of like Russian Roulette, except a lot less lethal. In Pie Face, whipped cream is loaded onto a plastic hand. (You can use just about anything, though. Shaving cream is also a popular substance.) The player spins the wheel, and they crank the handle for as many times as the wheel says. If you’re unlucky, then you may end up causing the hand to spring up, which will give you a face full of cream.

It may seem like a juvenile concept, and that’s partially because it is. Pie Face is a game that is greatly enjoyed by much younger kids, mostly due to its simplicity. It’s a basic concept, and it definitely can get sort of boring after a while. I admit that it may not have as much replayability as a game like Speak Out. However, much like Speak Out, the game has a certain physical factor to it that you can’t really get in many other games. Pie Face is unique and messy, which for a lot of people, is more than enough to have a great time. I especially recommend this one to people who have young kids. 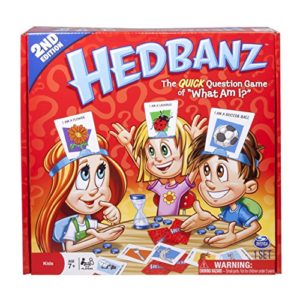 A lot like some of the other games that I’ve already talked about, Hedbanz is a game whose concept has been popular for a very long time. Each player wears a headband, and each headband contains a certain thing. From there, each player has to ask yes or no questions until they’re able to figure out what is on their card. So, if you have a snake card, then you ask questions like, “Am I an animal?” and “Do I have wings?” until you’re able to narrow down your options to the correct answer. The base version of Hedbanz is meant predominantly for children, but it can still definitely be enjoyed by people who are older. Adults may find something fun out of some of the game’s expansion packs, like Hedbanz: No Limits. There are also packs that incorporate Pokemon, Marvel superheroes, and Disney characters.

Much like Speak Out, Hedbanz is a game that can be enjoyed by just about everybody, and an abundance of content means that you can play the game for a really long time before getting bored. A game of Hedbanz is just as enjoyable with friends as it is with strangers, so it’s good for icebreakers or at a party where you don’t really know anybody. Overall, if you’re looking for a game like Speak Out that can be played for a few minutes or a few hours, with plenty of laughs, then I highly recommend Hedbanz.