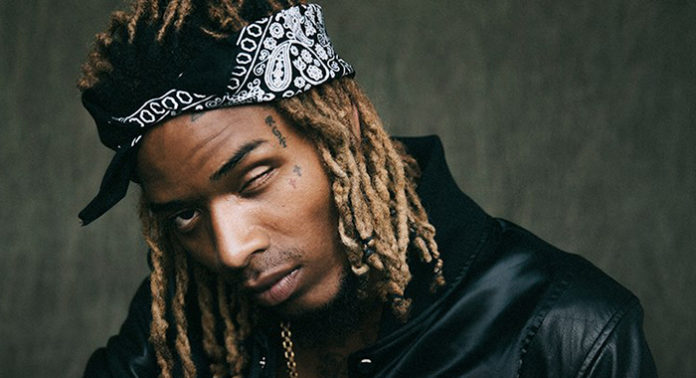 Willie Maxwell II, otherwise known as rapper Fetty Wap, rose to fame with the release of his hit single, Trap Queen in 2015. Despite being blind in one eye, he never let the physical limitation stop him. Unlike many artists before him however, his interest in music developed relatively late- it wasn’t until he was well into his twenties that he first decided to get into the hip hop scene. Having said that, who knew that he’d end up becoming one of the most affluent twenty-somethings in the rap world? Let’s take a deeper look at how he has amassed his wealth over the years.

How did Fetty Wap Make His Money and Wealth? 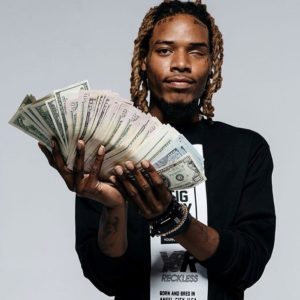 Born on June 7, 1991 in Paterson, New Jersey Fetty Wap was born with with an eye defect, one that ultimately took the vision from his left eye; consequently, he was fitted with a glass eye. Unlike many artists before him who dove into music as a young child, it wasn’t until he was in his early twenties that he first started to express an interest in hip hop. At the age of twenty two, he decided to try his hand at rapping; from there, he eventually branched into singing as well. Before long, the aspiring artist had landed various gigs, ones that paid him handsomely for his efforts.

In the spring of 2014, Fetty Wap came out with his debut single entitled, Trap Queen after signing with 300 Entertainment. A critical success, it soon peaked at number two on the Billboard Hot 100; the title also charted at the top of the US Rhythmic, Hot Rap Songs Charts and at number two on the Hot R&B and Hip Hop Songs Chart. An international hit, it also earned the rapper fame overseas in the UK, Belgium, France, Denmark, Canada, Ireland, and Italy. Heavily promoted on social media, it had been downloaded over 2.7 million times in the United States along by the end of 2015. Altogether, it was estimated that the song had over 616 million on-demand streams online.

Considering the above numbers, it’s not far fetched to say that the single ultimately earned Fetty Was a decent amount of income. As of 2017, Trap Queen has sold more than 4,000,000 copies in his native US, effectively making him a Multi-Platinum recording artist.

The following summer, he dropped his second single, 679, which would later be included in his debut studio album. Although it didn’t surpass his previous title in terms of sale, it still peaked at number four on the Billboard Top 100 and at number three on the Top a&B and Hip Hop Songs Chart; internationally, it also further boosted his fame as one of US’s best up-and-coming rappers. Hugely popular, 679 was downloaded 86,000 times online within the first week, not to mention it had been streamed over 3.4 million times. As of February 2016, over 1,800,000 copies of the single have been sold; one can only imagine how much it has brought the rappers in terms of earnings.

In the fall of 2015, the artist released his highly anticipated full length album, Fetty Wap. Met with favourable reviews upon hitting stores, it entered the US Billboard Top 200 at number one- a considerable feat for a debut album. By the end of its first week, it had also reached number one on the Top R&B and Hip Hop Albums Chart and had sold over 129,000 units. Since then, over 1,000,000 copies have been sold in the United States- a figure which, without a doubt, has been translated into hefty profits for the rapper.

The first artist in history to have ever charted their first four titles on the Hot Rap Songs Chart, he has also released six mixed tapes, and an extended play. Throughout the 2010’s, his fame also led him to collaborate with a number of artists such as Rich The Kid, Baauer, Cash Out, DJ SpinKing, Lil Dicky, The Knocks, Kid Ink, and David Guetta, among many others.

More recently in 2016, Fetty Rap was featured in the popular singles, All in My Head (Flex) and The Mack, both of which only led him to more lucrative opportunities. For instance, he later became involved with the development of a street racing app, one that allowed him to make major deals with various big-name car companies. Of course as with any major deal, it would have earned him a sizeable amount as well- and that’s just on the side of his music career!

Talented beyond his years, the twenty five year old has achieved many accomplishments as a young rapper. Not only has he demonstrated his ability to rap and make music, but he’s also proved himself to be an intelligent businessman. Considering his ever-increasing popularity, it’s probably fair to assume that his net worth will only continue to climb up with time.

Aside from his work with music however, the rapper has also recently earned a hefty amount from a different source- that is, from the stock market. In a recent interview, he revealed that he had gotten into the stock market after one of his accountants had introduced the idea to him. Asked how he felt about turning $1 million into $20 million, Fetty Wap quickly jumped at the opportunity and apparently, it has paid off. According to reports, the recent changes in the stock market have led Fetty Wap’s investment of $1.3 million to turn into approximately $20 million- a huge leap that has effectively increased his net worth by many millions. He has since thanked his assistant and business manager for their help with his successful investment.

Fetty Wap has been engaged, but not married. Last Spring, he proposed to her longtime girlfriend (now ex), Alexis Sky, a model on Instagram. Shortly afterward however, the two  had seemingly broke up. Since then, the two have not been on the best of terms- Alexis having accused Fetty of leaking their sex tape, among other things. Fetty’s current girlfriend, Masika Kalysha is also not too fond of Alexis to say the least.

To make matters even more complicated, the rapper has gotten back together with her previous on and off girlfriend, Masika Kalysha. From what we can gather, the two still have not yet tied the knot however.

Does Fetty Wap Have Any Children?

Despite all the drama that have been taking place, Fetty does in fact have three children- all with Masika. He has two daughters named Zaviera and Khari Barbie Maxwell and a son named Aydin Maxwell. The story of their youngest child, Shari, was documented in the VH1 reality series, Love & Hip Hop: Hollywood, which aired on television in 2016.

Where Did Fetty Wap Go to College?

Fetty Wap did not go to college. Shortly after graduating from his local Eastside High School in New Jersey, he turned his attention 100% on rapping. Despite not having attended college however, the rapper has been able to successfully make a life for himself. Just a few years after coming out of high school, he came out with the 4x Platinum single, Trap Queen which brought him to the attention of everyone in the R&B scene.

Where Does Fetty Wap Live? Picture of Fetty Wap’s House 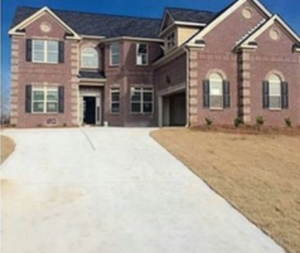 In the summer of 2015, Fetty Wap was able to tick an item off of his bucket list- he had successfully bought a house for his mother with his hard-earned cash. Happy that he’ finally be able to move her out from the projects, he later posted a short video tour of the new home on his Instagram account- from the clip, we were able to catch a glimpse of its high ceilings, spacious rooms, and luxurious bath. A proud new homeowner he is!

More recently however, he also rented a $2.1 million mansion from a plastic surgeon in Puerto Rico. However headlines were also made about how him and his crew had allegedly wrecked the home, that Dr. Michael Jones had returned to find it “in a state of disrepair”. Accused of $50,000 in damages, which included things such as holes in the walls, and missing bed linen, the doctor eventually sued the artist, whose insurance company ultimately paid out $40,000. Fetty Wap himself was later also sued for an additional $5000 in repairs, which he had to pay out of pocket.

Why is He Called Fetty Wap?

Known for making money with his rapping talents even as a teenager, he was given the moniker “Fetty” as the word was slang for money. Eventually, he also opted to add “Wap” at the end, as tribute to American rapper Gucci Mane- whom Fetty has revealed to be one of his greatest musical inspirations.

How much did Fetty Wap Earn Last Year?

As mentioned earlier, 2016 proved to be a successful year for Fetty- not just as an artist but as a investor. According to the rapper, he had flipped $1.3 million to $20 million in the stock market with the help of two of his business managers last year, which has significantly increased his net worth. Going by that, it’s probably fair to say that he earned at least $19 million in 2016.

Continuously branching out toward more business opportunities, Fetty has announced that he will be teaming up with a streetwear brand called Control Sector to launch a new clothing line of his, By Order Of. Named after the saying that mobsters use when they send hits on individuals, the rapper has described that the clothes will be laid back in style, yet stylish.

Aside from that, the twenty five year old is also getting ready to drop his next full length album entitled, King Zoo. Although no official release date has been announced as of yet, Fetty himself has stated that he’d like for it to come out sometime in the next month, or at least before April.