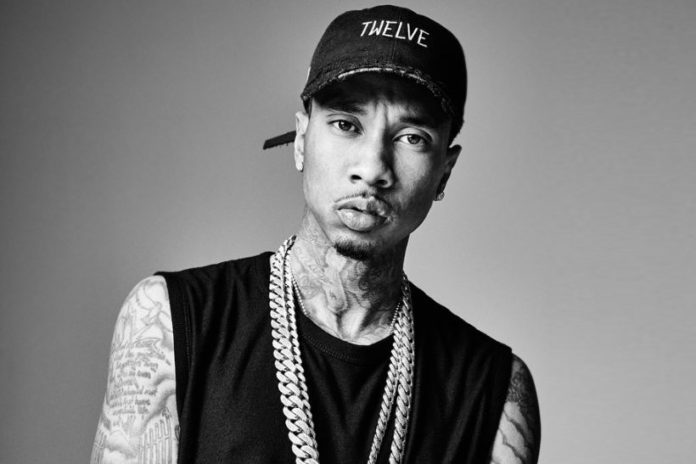 Tyga’s career is an exemplary rags to riches story. He was born on November 19th, 1989 to an African American father and a Vietnamese mother in a poor area in Compton, California. Like many other rappers, he turned to music to get a shot at the good life. His hard work and skill got him noticed by big names in the industry, and Tyga lept out of poverty to the highest rungs of luxury. Tyga grew up listening to rappers like Eminem, Lil’ Wayne, and Cam’ron, names whom he later shared the stage with in cities all over the world.

High roller Tyga is one of the most successful rappers of the decade, and he definitely also has a reputation for spending like it. His spending habits and lyrical content make him a perfect fit for Cash Money Records and Young Money Entertainment. 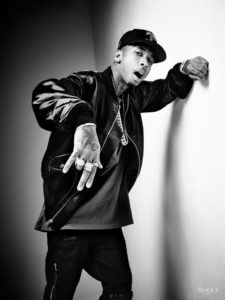 2 million is a big chunk of change, yet such a sum is a typical year’s earnings for an accomplished mainstream rapper such as Tyga. Although the high rolling Tyga is one of the most successful rappers of the decade – he definitely also has a reputation for spending like it.

Tyga’s name is an acronym for Thank You God Always, and Tyga best be thanking God his net worth isn’t negative. He’s also going to need to brace for a holy paddlin’ after his overindulgence in worldly riches.

How did Tyga become rich?

No Introduction, Tyga’s first independently released album was released on June 10th, 2008. Although the album never topped any charts, singles from it were used in popular video game titles such as Madden and Need for Speed.

No Introduction and his 2007 mixtape, Young on Probation, caught the attention of Young Money Entertainment. Tyga then found himself collaborating with some of the very rappers he grew up idolizing such as Lil’ Wayne. The single “Deuces” from Young on Probation reached number one on the Billboard Hot R&B/Hip Hop Songs.

He released his second studio album, Careless World: Rise of the Last King on February 21, 2012 with Young Money Entertainment. Multiple singles from the album ranked high on the charts. In particular, “Rack City”, received massive commercial success and currently has over fifty million views on Youtube.

Hotel California, released on April 9th, 2013 also received much critical acclaim. It sold 54,000 copies during its first week. Tyga collaborated on Hotel California with artists such as Rick Ross, Nikki Minaj, Wiz Khalifa, and Chris Brown. Tyga and Chris Brown became fast friends, and joined forces to create the Fan of a Fan Mixtape that same year. The duo also headlined a tour of the same name that lined Tyga’s pockets with a cool 5 million.

Tyga’s mainstream success earned him big money, but his love for music was bigger than his love for money. His 4th album, The Gold Album: 18th Dynasty on June 23rd, 2015. Tyga stated that his previous music was too tailored for mainstream tastes, and he wanted to make an album that was “straight rap”. Although The Gold Album did not perform as well as his previous releases (only 2,200 sales in its first week), sales from it still netted him over $300,000.

Tyga also owns a high-end clothing store called Last Kings in Los Angeles. He reportedly spent over $120,000 on the store’s lavish Ancient Egypt themed interior. One look at the intricately designed interior of the store makes it undoubtedly worth that sum. Unfortunately, while overspending on luxuries, Tyga seems to not bother with spending on the basics.

Indulgence in such expensive luxuries on a regular basis is the largest contributing factor to Tyga’s shrunken net worth. Former landlords of Tyga have accused him of still owing money. He has also been sued by jewelers he commissioned for not paying the six figure customization fees. He even received a tax lawsuit on his birthday in 2016.

Tyga fully lives the the rapper lifestyle to the fullest. He spends plenty of money on himself, as demonstrated by his impressive fleet of luxury vehicles that includes a Mercedes SLS Coupe ($220,000), Lamborghini Aventador ($400,000), and a Rolls Royce Phantom Coupe ($440,000). The rapper also has a jewelry, custom grill, and watch collection worth over $200,000. Tyga ever bought himself a pet tiger for over $10,000 (which he quickly had to rehome after angry animal activist threatened legal recourse).

Tyga is also very generous to his family girlfriends. He rented a mansion worth $15.4 million for his family in Calabasas, California. He also purchased girlfriend Kylie Jenner a $30,000 diamond ring for Christmas and a Ferrari 482 Italia for her 18th birthday. 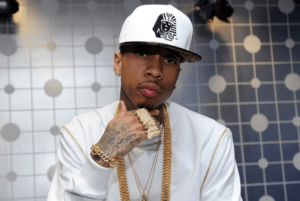 Tyga dated model and entrepreneur Blac Chyna from 2011 to 2014. Although they had a son together and became engaged in December 2012, the couple split in 2014. The couple broke up due to personal differences. The pair wanted to keep things amicable for the sake of their child and shared friend circle. Both have close ties to the Kardashians.

Blac Chyna later went on to date Rob Kardashian, and Tyga Kylie Jenner. However, Tyga’s relationship with Kylie Jenner has been rocky, and the pair began dating before she had even turned 18. Despite the controversy, older step-sister Khole Kardashian has defended their relationship.

Tyga plans to release a new album in 2017. He was signed by Kanye West’s to his GOOD Music imprint with Def Jam recordings in September 2016. West plans to help produce the new album.