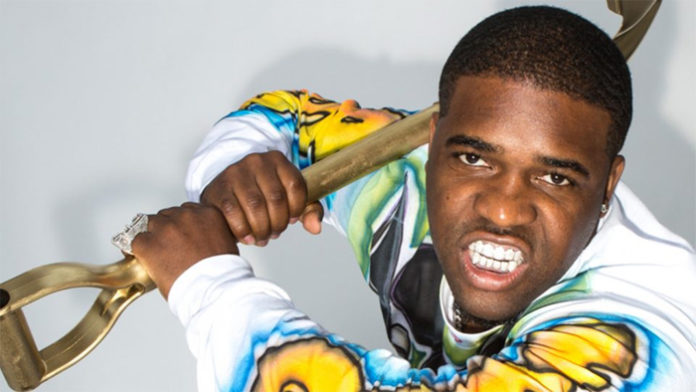 American rapper A$AP Ferg first made himself known in the music realm with the release of his 2013 solo debut album, Trap Cord. Originally from New York, he spent his youth in a neighborhood notoriously known as “Hungry Ham” although he never let it completely define him. As a teen, Ferg pursued a number of passions- one of which included fashion; in fact, he had launched his own jewelry and clothing line by his early twenties. It wasn’t until a little later that he got involved in music, despite having grown up immersed in hip hop.

In 2013, he signed with RCA Records and made his long-awaited music debut. In addition to his solo music career, he’s also a member of the successful hip hop crew, ASAP Mob. Throughout the years, he’s put out a number of records- all of which have earned him a pretty penny.

How big is his fortune? How did he go about obtaining his wealth? Let’s take a look at his career to answer these questions.

How did A$AP Ferg Make Her Money and Wealth? 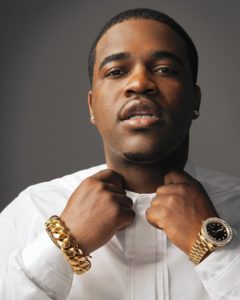 Born on October 20, 1988 in the New York city of Harlem, A$AP Ferg (Real Name: Darold D. Brown Ferguson, Jr.) grew up in a notoriously bad part of town dubbed as “Hungry Ham”; however he never let his living situations define him. During his youth, his father owned a boutique that printed logos and shirts for various record labels. He, himself was also often immersed in music, especially that of the hip hop genre.

In spite of his interest in music however, Ferg eventually decided to pursue fashion as a career. Drawing inspiration from his father who eventually passed away from kidney failure, the New Yorker launched his own jewelry and clothing line in his late teens. Officially founded in 2005, the company- known as “Devoni Clothing” had designed various high-end accessories that have been used by big-name artists such as Diggy Simmons, Christ Brown, and Swizz Beatz.

It wasn’t until he was in his twenties that Ferg first decided to get involved with music. From making clothes to being a rapper, he gave his new career 100%. His long time friend since his early teen years, Rakim Mayers aka A$AP Rocky also offered him much support, constantly pushing Ferg to his new limits. In 2009d, they two joined a hip hop group together called A$AP Mob; it was then that they earned their respective stage names.

In 2013, Ferg released his first ever music single, Work– which was a collaborative effort with the rest of A$AP Mob. Relatively successful, it peaked at number 100 on the Billboard Top 100, at number 30 on the Top R&B Songs chart and at number 23 US Rap Songs Chart. From there, a remix of the single was released later that year; an even greater hit than the original, it ended up going Platinum in the United States.

On August 20, 2013, the rapper dropped his first studio album entitled, Trap Lord through Polo Grounds and RCA. Although it was originally intended to be released as a mix tape, it later transformed into a full length album. Ferg’s major solo work, it ended up performing greater than his expectations. Following its release, it entered the Billboard Top 200 at number nine, with approximately 32,000 first-week sales. By the end of the third week, it had sold an additional 46,000 copies. A hit on the charts, it also peaked at number four on the Top R&B Albums chart, and number eight on the UK R&B record chart.

Although it was his first full length music endeavor, Trap Lord was met with highly positive reviews. In fact, it was later hailed as one of the best albums of 2013 by Complex Magazine. According to Niel SoundScan, the title has since sold more than 133,000 copies within the United States. How much did it earn A$AP Ferg? Considering the popularity of the album, it would have easily earned him at least $100,000- an amount much greater than that of the average Joe’s salary.

The next November, Ferg released a mix tape dubbed Ferg Forever through A$AP Worldwide. Featuring nineteen different hip hop tracks, the release was generally praised by both critics and fans.

On April 22, 2016, the New York-native came out with his second studio album entitled, Always Strive and Prosper. Executively produced by the rapper himself, it ended up being slightly more successful than his earlier endeavor, having sold 35,000 copies within the initial week. In terms of chart performance, the album entered the Billboard Top 200 at number eight, and eventually also reached number two on the Top R&B Albums chart.

On top of that, Always Strive and Prosper also charted in several other countries overseas including Australia, Germany, Norway, New Zealand, Switzerland, and the UK, which successfully brought his international fame to a new level. A commercial success, the album later produced the hit single, New Level (Feat. Future) which charted on the US Top 100, Top R&B Songs and Top Rap Songs charts; it has since also been certified gold by the RIAA. The popularity of his second album easily earned him another $100,000+ in 2016.

In addition to his solo works, A$AP Ferg has collaborated with several artists throughout his career including G-Eazy, Mali Music, Elle Varner, Haim, Crystal Caines, Liam Bailey and N.O.R.E. A couple of his greatest collab hits include Lotta That, which charted on the Top R&B and Top Rap Songs charts and B Boy, which reached the Top R&B Songs chart.

Altogether, it is estimated that A$AP Ferg has earned more than $500,000 from his musical endeavors alone. 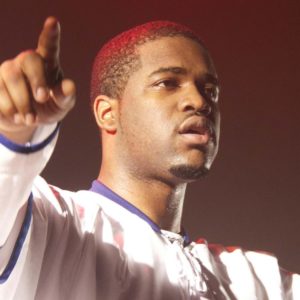 Let’s also not forget about the amount that he has yielded from his contributions as a member of the BET Award-nominated hip cop collective, A$AP Mob. So far, he has contributed to one studio album, Cozy Tapes Vol. 1: Friends, a mix tape and a handful of singles including Hella Hoes.

What other source of income does he have as a recording artist? Concert tours! Like most performers, he has performed numerous times on stage at various events; it’s not uncommon for rappers to be paid thousands, if not tens of thousands of dollars per show. Just looking at his official website, we can see that he has ten upcoming concerts lined up for this summer.

Speaking of music, his rap titles have also been featured in several different TV series and films over the past few years including Ghostbusters, The Edge of Seventeen, and Atlanta– all of which would have earned him some nice royalty fees. In 2013, his song Workwas also used in the popular video game, Grand Theft Auto V.

In 2014, A$AP Rap also made his small screen debut in an episode of the music programming, Live from the Streets. That same year, he also appeared in the documentaries Wrinkled $ilks (2014), and Svddxnly (2014). In 2016, he lent his voice to a character in the animated comedy series, Animals.

Most recently this year, he landed a gig as a presenter at the MTV Woodies event- a stint that undoubtedly earned him a handsome check.

Through his online store accessible via his official site, the rapper also earns side income from various merchandise such as t-shirts, shorts, and hoodies; each item ranges from $35 to $60 a piece.

From what we can gather, the rapper is currently single. Having said that, A$AP Ferg has revealed that he did in fact lose a girlfriend at one point over the recording of his second studio album. According to the artist, “the dream had to come first” and that he had to “sacrifice a girl for art”. The girl in question has never been identified.

Does A$AP Ferg Have Any Children?

No, A$AP Ferg does not have any children.

Where Did A$AP Ferg Get His Name?

The New York-based rapper received his current stage name, A$AP Ferg after joining the hip hop collective A$AP Mob in the late 2000’s (where each member is given a similar moniker).

Where Did A$AP Ferg Go to College?

After graduating from high school, A$AP Ferg attended an unnamed art school in the early 2000’s; it was then that he first launched his jewelry and clothing line.

Where Does A$AP Ferg Live? Pictures of A$AP Ferg’s House

A$AP Ferg has never publicly disclosed his living residence; however it is known that he currently resides in an apartment in New York. We unfortunately do not have any pictures of his home to share at this time.

What Kind of Car Does A$AP Ferg Drive?

According to various sources, the rapper drives a white Maserati.

A$AP Ferg as a Philanthropist

This past March, the recording artist donated a large-scale oil painting titled “Tatted Angel”- one that he painted himself, to the A$AP Yams Commemorative Gala and Art Auction. The event co-hosted by the A$AP Foundation and Columbia University took place to honor the passing of A$AP Yam. All of the proceeds from the gala went toward helping to promote awareness and education regarding substance use and abuse.

But that’s not all- more recently this April A$AP Ferg also teamed up with Uniform to create a Traplord x Uniform clothing collection that helps to provide clothing for kids in need in Liberia. To add on to that, each piece of garment sold via his store will also go toward providing a uniform.

Working alongside his buddy A$AP Rocky, the two dropped a new single entitled, Wrong which revolves around the consequences of “poor” lifestyle choices. The song can be purchased via iTunes.

According to a recent interview with the star, the hip hop collective is also getting ready to release the highly anticipated Cozy Tapes Vol. 2– the follow-up to Cozy Tapes Vol. 1, which was released last year.