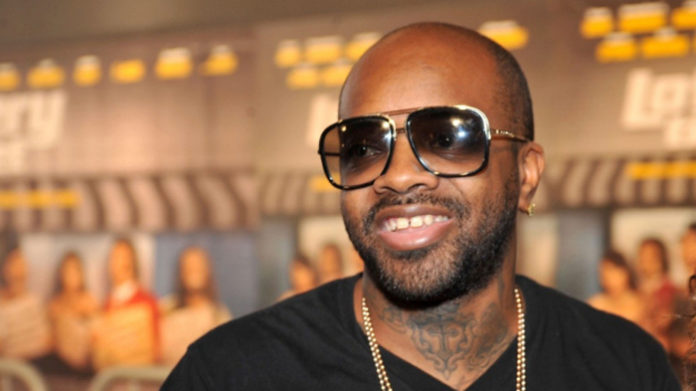 Grammy Award-winning record producer Jermaine Dupri has worked with numerous successful artists including Alicia Keys, Janet Jackson, Mariah Carey, and Nelly. Born and raised in North Carolina, he first got involved in the hip hop scene at the age of twelve, dancing for the New York-based group, Whodini. With his natural musical talents, he eventually helped to produce a song for an all-girl group, Silk Tymes Leather in 1990. From there, he formed the successful music duo, Kris Kross- which would later go multi-platinum in the United States.

Before long, Dupri had founded his own recording label, So So Def Recordings. Since then, he has collaborated with dozens of big-name artists, becoming one of the most well recognized producers in the industry.

Currently, it is estimated that his fortune is close to five million dollars. To find out how his money was earned, we’ll have to take a look at his career.

How did Jermaine Dupri Make His Money and Wealth? 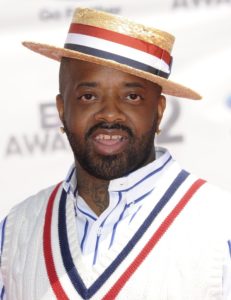 Born on September 23, 1972, Jermaine Dupri spent the majority of his youth in the city of Asheville, North Carolina. The son of a talent manager, he got involved in the music scene before he was even a teen. At the age of twelve, he had the opportunity to tour with the hip hop band Whodini as a dancer, through his father’s connections.

Although he was never a straight A’s student, Dupri had always had a keen business sense. Eventually dropping out of high school, he made use of his musical talents and started to produce various songs for artists in the early 90’s. An aspiring record producer, he was also proficient in piano and the drums. By the time he was twenty, he had established his own recording label called So So Def.

Soon after, Dupri crossed paths with a female rap group called Xscape and signed them to his label. From there, he helped to produce their debut album entitled, Hummin’ Comin’ at ‘Cha which ended up going Platinum. The next year, he signed another artist- Da Brat and helped her to release her first album dubbed, Funkdafied, which also went Platinum. Before he knew it, Dupri had become an accomplished individual in the music industry.

Continuing to work with various artists over the next few years, he later signed a distribution partnership with Columbia Records. Following that, he collaborated with several artists including Mariah Carey, and Lil’ Kim. In 1997, he produced and co-wrote a number of tracks for Usher’s studio album entitled, My Way; one of the songs, You Make Me Wanna eventually reached the top of the Hot R&B and Rhythmic Top 40 charts- a feat that demonstrates Dupri’s musical talents all too well.

After producing several albums for others, he decided to focus his attention on his own music career in 1998. That February, he released his debut single, The Party Continues which featured Usher and Da Brat. A relative hit, it ended up peaking at number 29 on the Billboard Hot 100, number 6 on the Hot Rap Songs chart and number 14 on the Top R&B Songs chart.

Finally on July 21, 1998, Dupri dropped his highly anticipated debut album, Life in 1472 via his own label, So So Def. A commercial success, it ended up reaching number three on the US Billboard Top 200 and the top of the Top R&B and Hip Hop Albums Chart; it also charted in the UK, New Zealand, and Canada. Within two months, the album had sold over 1,000,000 copies in the United States, earning it Platinum certification from the RIAA. According to reports, the album easily earned Dupri over $100,000.

Three years later, he released his second studio album entitled, Instructions on October 30, 2001. Although not as commercially successful as his first, it reached number 15 on the Billboard Top 200 and number 3 on the Top R&B Albums Chart. Overseas, it also settled at number 119 on the UK record chart. How much did this project earn Dupri at the time? Approximately $160,000.

While he hasn’t released any albums since, he did go on to release a couple of mix tapes, including Young, Fly & Flashy, Vol. 1 in 2005. Produced by himself, it ended up peaking at number 12 on the Top Hip Hop Albums chart and at number 43 on the US Billboard Top 200. Another success for the artist, it is said to have yielded him another $100,000. In total, he has earned upward of $1.2 million from the record sales of all of his music releases.

Of course, Dupri has also contributed to the songs of several artists such as Snoop Dogg, Destiny’s Child, Chante Moore, Lil’ Bow Wow, Janet Jackson, Marques Houston, and Murphy Lee, all of which have charted in the United States. Some of said singles include Bounce With Me, Someone to Call My Lover (Remix), Straight Up, Wat Da Hook Gon Be, and It’s Like That.

Eventually joining forces with Usher once again, Dupri helped to produce three number one singles for the artist including My Boo, Confessions Part II, and Burn, the second of which won two Grammy awards. another major success, it has since sold 20,000,000 copies worldwide.

The following year, he teamed up with Mariah Carey on her smash hit, We Belong Together, which later won two Grammy awards for Best R&B Song and Best R&B Vocal Performance. A busy yet fruitful year for Dupri, he later also worked with Bow Wow and signed Dem Franchize Boys to his recording label. According to various sources, Dupri’s net worth had jumped by few million dollars in 2006.

Looking back, his career as a record producer has been nothing but successful- at the very least, it had earned him most of his initial fortune. Of course, his work has also been featured in numerous films and TV series over the years such as Bad Boys (1995), Soul Food (1997), Big Momma’s House (2000), The Sweetest Thing (2002), and Norbit (2007), to name a few.

In 2015, he and Queen Latifah created a reality TV show together called, The Rap Game. Premiered on January 1, 2016, it centers around a group of artist hopefuls who compete for a chance to become a rap star; of course, it also starred Dupri as the main presenter.

Aside from his work in music and television, Dupri has also penned a memoir called, Young, Rich and Dangerous: The Making of a Music Mogul in the fall of 2007.

As far as business endeavors go (aside from his recording company), he had partnered up with Travis Barker for a limited edition clothing line at one point, one that sold various co-branded t-shirts, jackets, belts, and hats.

Continuing on with that, he eventually also released his own line of watches called the Pop-Watch collection. First announced in 2009, they ranged from $120 to $290 a piece and were made available both online and in various department stores in the United States.

Through his various endorsement deals, Dupri is also said to have earned approximately $52,000. Some of the companies that he’s teamed up with in the past include TAG, Boost Mobile, and 3 Vodka.

How has these figures affected his net worth? Back in 2012, his fortune was estimated to be at $1.1 million. Since then, it has crossed the $5 million mark!

No, Jermaine Dupri is currently not married. For many years however, he was in a relatively low-key relationship with popular artist, Janet Jackson. According to sources, the two had been together for seven years from 2002 until 2009; allegedly, Dupri even popped the question once, although they never ended up tying the knot.

Does Jermaine Dupri Have Any Children?

Yes, Jermaine Dupri has two daughters- Jalynn Dupri and Shaniah Mauldin; Shaniah was born to Pam Sweat in 1988 while Jalynn’s mother has never been disclosed to the public.

In 2008, headlines were also made after his girlfriend at the time, Janet Jackson was said to be pregnant; the claims were later refuted by Dupri.

Where Did Jermaine Dupri Go to College?

Despite his success, Jermaine Dupri did not go to college. In fact, he dropped out of high school to focus on music producing in his late teens.

In 2005, the record producer purchased a six bedroom, seven bathroom mansion for $3.2 million. Sitting on 1.73 acres of land, the 9,441 square foot home even came with a swimming pool.

Unfortunately, Dupri has since lost the property due to foreclosure as he hasn’t been keeping up with his house payments.

Jermaine Dupri as a Philanthropist

In 2009, Dupri won $50,000 from a charity contest held by T-Mobile during the NBA All-Star weekend. He later donated the amount to the Boys and Girls Club of Atlanta. Following the end of the event, he also served as the deejay for the subsequent party.

A philanthropist at heart, he has launched two initiatives in attempts to help victims of tragedies and underprivileged youth including the Hip Hop 4 Humanity organization and The Jermaine Dupri Foundation. Following the events of 9/11, the former helped to raise over $25,000 for the victims.

In 2011, he also contributed to the song, What’s Going On, aka the official anti-AIDS anthem.

Throughout his long musical career, Dupri has successfully made a name for himself in the industry- both as a record producer and as an artist. In 1999, he received his first Grammy award nomination for his studio album, Life in 1472. Since then, he has been nominated for three additional Grammys (e.g. Song of the Year, Best R&B Song), and has also received a win for the single, We Belong Together in 2006.

As a music producer, he has worked with dozens of different artists- many of whom went on to become platinum-selling.

This upcoming May, Jermaine Dupri will be making an appearance in Peter Spirer’s documentary film, Feel Rich: Health is the New Wealth. He will be joined by several other artists including Quincy Jones, Fat Joe, Russell Simmons, and Paul Wall.