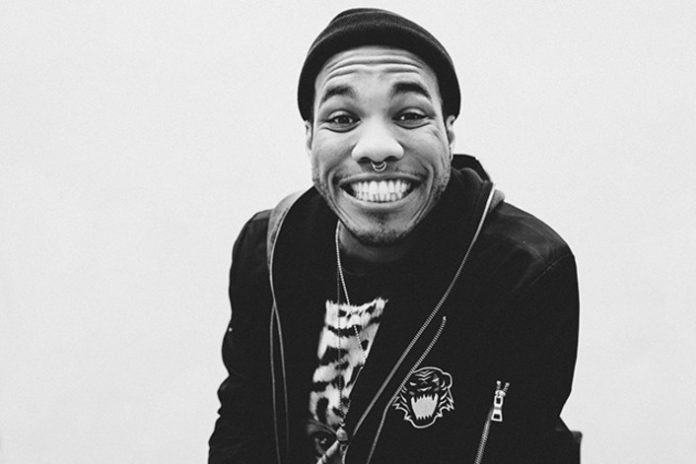 Recently listed as one of XXL’s star hip hop freshman and a pupil of the Hip Hop mastermind Dr. Dre, Anderson .Paak is quickly becoming a head himself, working as both a performer and producer. Through his work with other acts such as Watsky and through his own solo efforts, Anderson .Paak is making waves in the music scene. But how much does Anderson .Paak make, and what of his personal life has he kept from the public? Here, we take a look at some burning questions about Anderson .Paak.

How Did Anderson Paak make his money & wealth

As one would expect from a relatively newcomer of an artist, Anderson .Paak makes most of his earnings from his albums. However, .Paak has also made quite a bit of money appearing in a great deal of guest spots for albums, including Dr. Dre’s Compton, where he cowrote and performed 6 songs, more than Dre’s old friends and signers, Snoop and Eminem. Lastly, as a producer, Anderson .Paak has also made a decent penny, working with a variety of acts including fellow California rapper Watsky, with whom he performed several songs on the All You Can Do album. Things weren’t always so bright and full of hope for Anderson, though. Before making it big, Anderson .Paak worked at a Santa Barbara marijuana farm, and was let go with no notice. This would cause him and his second wife to be homeless for some time, until he was given a chance through Shafiq Husayn, who would give him several chances which he took full advantage of. It would appear this initial struggle would help form the lyrical genius of .Paak, as he has relied on experiences both from his childhood and early career years to make clever, relatable lyrics. This has led to multiple award nominations, including a win for the Centric Certified Award from the Soul Train Music Awards.

A surprise to many, Anderson Paak has not been married just once, but twice. Though his first marriage fell through well before he made it big, his second wife, who has been by his side since 2011 has seen him through thick and thin. This includes a period of his life where he was fired at a moment’s notice and made homeless, up to his current success in life. He also has a child and is a very devoted and doting father according to interviews. His son, Soul is now 5 years old.

Thanks to Paak’s great critical success, and the Grammy’s album sales boost (bouncing him with his Malibu album from 77 to 20 in terms of iTunes top 100 sales, and to number 1 in the R&B genre), Anderson .Paak’s earnings can be estimated to had been near half a million the previous year, with most experts and fans anticipating higher earnings for him in 2017 for his tour and album sales.

Perhaps out of want of privacy for his young family, Anderson .Paak has not revealed his own estate, or even if he has invested into one yet. For this reason, we have nothing to disclose at this time in terms of real estate assets for Anderson .Paak.

While never loud about his charity work, Anderson .Paak has shown a willingness to perform at charity events, most notably covering for Chance the Rapper when Chance needed to miss the event due to hospitalization in 2016. The Night for NYC event helped raise funds to fight inner city poverty and helped support outreach efforts in the area.

Recently referenced quite a bit in his album Malibu and even to a lesser extent in Venice, there can be a few events that could be stated as life changing for the artist. While his family started off with his father in the Air Force and mother running a strawberry stand, it wouldn’t be long until one of them was essentially out of his life until the day they died. While Anderson .Paak was still young, he would witness a violent beating of his mother, and subsequent arrest of his father. According to interviews, this would be the last time he would see his father, and while times were hard for a little while, his mother would end up being resilient and bringing the family newfound wealth. Soon the strawberry stand would turn into a small strawberry empire, playing into the organic berry craze of the 90’s and on.
This fortune would not last however, as his family and Anderson .Paak would suffer first from two drought seasons that would cripple the berry empire, and then, despite his stepfather and mother being decent gamblers, the couple losing everything due to undeclared winnings and bankruptcy due to Vegas wins. His subsequent life and homelessness as a result of the aforementioned marijuana farm debacle would help cast his unique lyrical genius into something that far too many people know all too well.

While he may yet still be a new rapper and performer in the eyes of the public, there is plenty of confidence that this freshman rapper is no one hit wonder, and we are certain his net worth and status will only rise with time.