Bobby Flay Net Worth 2018 – How Rich is the Famous Chef 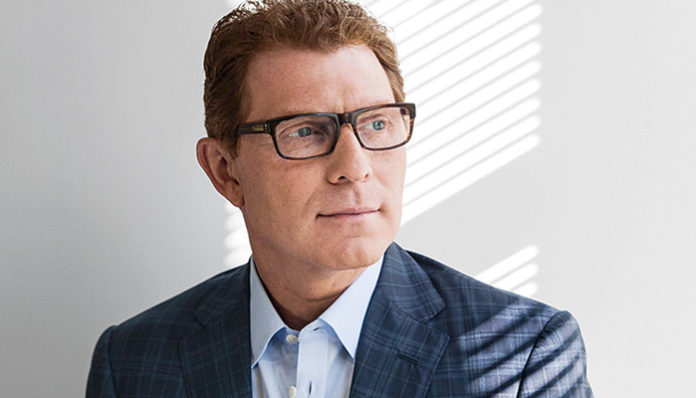 Hailing from New York City, Bobby Flay is one of the most widely recognized celebrity chefs in the country. Ever since he was a young boy, he has demonstrated a natural talent and love for cooking. At one point, he even asked his father for an Easy-Bake oven as a Christmas gift, much to his parents’ objections. Never the studious type, he eventually dropped out of high school when he was seventeen. Following that, he made ends meet by working at both a ice cream and pizza parlor. From there, Flay started to make salads at a local Manhattan restaurant.

Who knew then that the salad boy would one day become one of the most famous chefs in America? Since the beginning of his culinary journey, Flay has managed to open up several restaurants and even has his own shows on TV!

Would it surprise you that his work in the kitchen has made him into a multi-millionaire? Let’s take a look at his career and how he’s accumulated his fortune.

How did Bobby Flay Make His Money and Wealth? 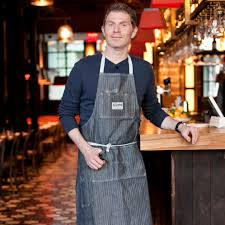 Born on December 10, 1964 in New York City, New York, Bobby Flay (Birth Name: Robert William Flay) spent his youth in the Upper East Side of Manhattan, raised by his divorced parents. Ever since he was young, he had demonstrated a keen interest in cooking. When he was eight years old, he even asked for an Easy-Bake Oven for Christmas, much to the dismay of his father, who thought that such an item was gender-inappropriate.

While he had eyes for the kitchen, textbooks were never his strong suit. Growing up, he bounced around several schools and had never been able to achieve good grades. Eventually at the age of seventeen, he dropped out of high school altogether.

After leaving school, Flay financially supported himself by working at a local pizza parlor and an ice cream store. Following that, he took a position at a restaurant located in Manhattan’s Theater District where he made salads. Although his position was less than thrilling, his talents in the kitchen were eventually noticed by his boss; he later agreed to pay for his tuition at a French Culinary Institute should he be able to obtain his GEDs.

The turning point for Flay, his enrollment in the culinary arts school turned him from an aspiring cook to a professional chef; he received his degree from the institute in 1984 at the age of twenty. Following an unfulfilling stint on Wall Street working as a stockbroker’s assistant, he started to work as a sous-chef. Before long, he was working for famous restaurateur, Jonathan Waxman.

In 1988, Flay officially took on the position of executive chef for the first time at a restaurant called Miracle Grill located in East Village. It was while he was working there that he captured the attention of another restaurateur, Jerome Kretchmer. Impressed by what he was able to do in the kitchen, he subsequently offered him a gig as executive chef at his restaurant. As one thing led to another, Flay soon partnered up with Kretchmer to open up Bolo Bar & Restaurant in Manhattan- that was the start of his career as a restaurateur.

In 2004, Flay opened up his second restaurant, a second Mesa Grill in Los Angeles. A commercial success, it quickly garnered a positive reputation in the area. Despite its higher-priced items on the menu, it received well reviews all around from both critics and patrons. In 2008, the restaurant was presented with one Michelin Star.

His restaurants exploding with customers, the chef eventually decided to expand his restaurants in the subsequent years. In 2005, he opened up a bar in New York; following that, a steakhouse in 2006. In the spring of 2007, Flay established a third Mesa Grills in the Bahamas. Considering the popularity of his restaurants, it goes without saying that each location yields him a grand amount every year; its earnings undoubtedly make up a large part of his annual income.

On top of his involvement in reality television, Flay has also delved briefly in acting (which isn’t surprising considering his fame). In 2003, he made his small screen debut in the TV film, Eddie’s Million Dollar Cook-Off. Two years later, he made a cameo in the popular crime procedural series, Law & Order: Special Victims Unit (2005). Since then, he has also appeared in a couple of episodes of Entourage (2011), and more recently in an episode of Younger (2016).

Since the late 2000’s, the celebrity chef has also been a visiting chef and master instructor at the French Culinary Institute- the same school that he attended as a teen.

Outside of television, Flay hosts a weekly call-in radio show on Sirius XM Satellite Radio. Although his main focus is food, he offers advice to men on various topics from sports to various current issues.

Putting his culinary talents to good use in other areas, he has authored a number of cookbooks throughout his career including Bobby Flay’s Barbecue Addiction (2013), Bobby Flay’s Burgers Fries and Shakes (2009), Bobby Flay’s Mesa Grill Cookbook (2007), Bobby Flay’s Boy Gets Grill (2004), and Bobby Flay’s From My Kitchen to Your Table (1998), to name a few.

Currently, it is estimated that he makes upward of $80,000 a month- with a weekly income of ~$20,000; a large portion of this amount presumably comes from the success of his restaurants. As for his annual income, it works out to be a little less than ~$2,000,000.

Keeping in mind his status as a celebrity chef, his annual income and total net worth will probably only continue to increase over the next few years. This is supported by the growth of his fortune within the past years: in 2011, it is estimated that he earned $1 million, this figure later grew to be $1.3 million in 2012- a growth of $300,000. In 2013, his net worth jumped up once again to $1.6 million.

No, Bobby Flay is currently not married. According to various tabloids, he is dating theatre actress, Helene Yorke.

Having said that, he has been married three times in the past. From 1991 to 1993, he was married to Debra Ponzek. After being together with his second wife Kate Connelly for a brief period in 1995, he tied the knot with Stephanie March in 2005 although they later divorced in 2015.

In addition, he has been romantically involved with January Jones and Giada De Laurentiis.

Does Bobby Flay Have Any Children?

Yes, Bobby Flay has a daughter with his second with, Connelly named Sophie (b. 1996).

Did Bobby Flay Go to College?

As mentioned previously, Bobby Flay did not attend college the traditional route. Although he dropped out of high school at the age of seventeen, he was eventually able to obtain his high school equivalency diploma. From there, he was given the opportunity to study at Manhattan’s French Culinary Institute; he eventually graduated with his culinary arts degree in 1984 at the age of twenty.

Where Does Bobby Flay Live? Pictures of Bobby Flay’s House 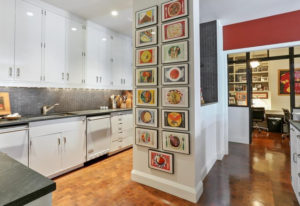 Last year, Bobby Flay put his Chelsea Duplex up for sale in the real estate market for $6.95 million. Featuring 3,256 square foot worth of space, its interiors are designed by MG & Company- the same individuals who worked with Flay on his restaurants. Complete with two levels, each with a private entrance, it boasts a open living-dining room, a massive walk-in pantry, a chef’s kitchen, two walk-in closets, as well as an entertainment room.

What Kind of Car Does Bobby Flay Drive?

Bobby Flay drives an Audi S5 which is valued at approximately $70,000.

Bobby Flay as a Philanthropist

In 2003, the celebrity chef established the Bobby Flay Scholarship- a full French Culinary Institute scholarship that is offered to a student in the Long Island City Culinary Arts Program.

How Much did Bobby Flay Earn Last Year?

According to various online sources, it is estimated that he earned $1.8 million in 2016.

One of the country’s most famous chefs, Bobby Flay’s work has garnered numerous awards including a Rising Star Chef of the Year Award from the James Beard Foundation, and an Outstanding Graduate Award from the French Culinary Institute.

His work with his popular culinary TV shows have also raked in a number of accolades including six Daytime Emmy Awards for the categories of Best Culinary Program, Outstanding Culinary Host, and Outstanding Service Show Host.

Nominated for a People’s Choice Award for Favorite TV Chef in 2011, Flay was also honored with a Star on the Hollywood Walk of Fame in 2015. Additionally, he has been inducted into the Culinary Hall of Fame as of 2013.