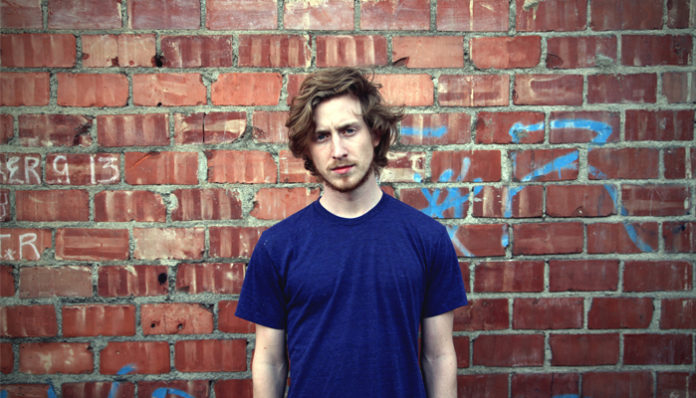 American rapper Asher Roth propelled to fame with the release of his debut single, I Love College in early 2009. Born and raised in Philadelphia, he enjoyed rapping and rhyming ever since he was in high school. By the time he was in tenth grade, he was writing and recording his own material to tapes- which he later sold at school; ultimately, it was after he was able to sell over 200 copies in two days that he considered a career in hip hop. Continuing to record beats while in college, he eventually started to post some of his titles onto MySpace. Taking his chance, he decided to send a friend request to Scooter Braun, the former VP of the So So Def recording label; to his surprise, the two were soon “friends” on the online platform. After listening to his verses, Roth was invited to try out Atlanta,Georgia- it was there that he was subsequently signed to Braun, the same man who would later become his manager.

Prior to hitting it big, the aspiring rapper released a couple of mix tapes, Believe the Hype (2006), The Greenhouse Effect Vol. 1 (2008). From there, he dropped his major-label debut single, I Love College in 2009. Significantly more successful than his earlier works, it charted in a handful of music charts including the US Billboard Hot 100, Billboard Alternative Songs, Mainstream Top 40, and Hot Rap Songs categories. Roth’s breakthrough hit, the record has since gone Platinum in the United States. A few months after his big break, he dropped his first full length album entitled, Asleep in the Bread Aisle (2009). His best-selling album to date, it easily reached within the top five on three of the US music charts. Following a five-year-long break, the rapper returned to the scene with his second studio album, RetroHash in the spring of 2014. Although it wasn’t as big of a hit compared to his debut, it was still a relative success in terms of sales.

As a recording artist, Roth has put forth a total of two studio albums, two extended plays, five mix tapes, and well over a dozen singles. Some of his most popular titles include Lark on My Go-Kart, Be By Myself, G.R.I.N.D. (Get Ready It’s a New Day), Party Girl, and Gotta Get Up. Throughout his rapping career, he has also collaborated with several other musicians such as Emilio Rojas, Outasight, The Constellations, The Cool Kids, Luke Christopher, Justin Bieber, and Chris Brown to name a few. Over the years, a number of his beats have been featured in the shows Later…With Jools Holland (2009), Spike’s Guys Choice (2009), Gossip Girl (2011), and The Cabin in the Woods (2012).

What has the rapper been busying himself with since then? Will he be coming out with any new beats this year? Can we expect to see a new album or mix tape from him anytime soon? What new endeavors or projects have he taken on? What happened to Asher Roth? Where is he now in 2018? 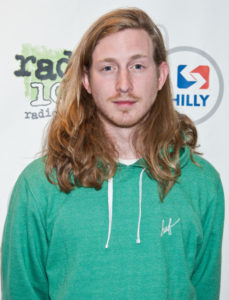 Born on August 11, 1985 in Morrisville, Pennsylvania, Asher Paul Roth is the son of a yoga instructor, Elizabeth McConnell, and a design firm executive director, David Roth. Growing up in the suburbs, he developed a keen interest in music at a young age. As a teen, he went to Pennsbury High School- it was there that he started to battle and rhyme against his friends at lunch time for fun. Gradually dedicating more and more of his time toward rapping, he was writing and recording his own songs by the time he was in tenth grade; after creating the tapes in a friend’s basement, he would sell them at school. A huge hit among his peers, it was after he successfully sold over 200 copies in two days that he decided to pursue a career in hip hop.

After graduating from high school, he went to West Chester University- his original plan was to major in Elementary Education. Never having given up his new found dream of becoming a rapper, he continued to record throughout his college years. At one point, Roth decided to post some of his titles onto MySpace; testing his luck, he even sent a friend request to the So So Def label’s VP of Marketing, Scooter Braun. To his surprise, the two soon befriended on another on the online platform. Interested in the young lad after hearing clips of his work, Braun eventually invited Roth to visit him in Atlanta, Georgia. Jumping at the opportunity, the aspiring rapper met him at the company’s headquarters where he was quickly signed with Braun, who would ultimately act as his manager.

Soon afterward, Roth decided to relocate to Atlanta for good, to work on his music career full time. Before long, he was inundated by a number of recording labels including Atlantic Records, Def Jam, SRC, and Warner Bros. Records. After shopping around, the rapper decided to go with a joint venture with Universal Records and SRC.

In the summer of 2008, the rapper released his first professional record, a mix tape entitled, The Greenhouse Effect Vol. 1– which was created with the help of DJ Drama and Don Cannon. With it, Roth also became the second Caucasian rapper to be featured in the two’s Gangsta Grillz Series. 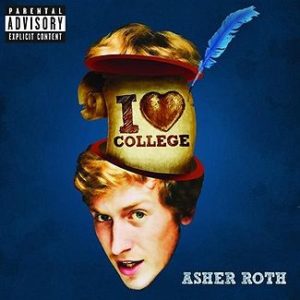 A year after his initial release, Roth dropped his debut single, I Love College on January 13, 2009. Produced by Apathy, Ben H. Allen, and Mike Caren, it proved to be a big hit upon its release. A month after being made available, the song debuted on the Billboard Hot 100 at number eighty five; it later managed to peak at number fifty five. On top of that, I Love College also reached number eighteen on the Hot Rap Songs Chart, number twenty seven on the Mainstream Top 40 Chart, and number sixteen on the Billboard Bubbling Under R&B/Hip Hop Singles Chart. Overseas, it also charted in the UK, Germany, Canada, and Australia.

A breakthrough for the new artist, the single was also accompanied by a music video directed by Scooter Braun and Jonathan Lia. By the spring of 2009, I Love College was regularly played in various UK radio stations. Since its original release, many have covered the song such as Ludacris, and Sammy Adams. Roth’s most successful single to date, it eventually went Platinum in the United States in May 2009, after selling over 1,000,000 copies domestically. I Love College also earned him two MTV Video Music Awards for “Best New Artist” and “Best Hip Hop Video”.

After a year of recording at the studio, the rapper came out with his first full length album, Asleep in the Bread Aisle on April 20, 2009. Produced by a team consisting of Oren Yoel, Don Cannon, Mike Caren, Nottz, Ben Allen, and his manager Braun, the hip hop album consisted of twelve titles including Lark on My Go-Kart, La Di Da, She Don’t Wanna Man, Sour Patch Kids, His Dream, Fallin, Lion’s Roar, and As I Em– many of which featured guest appearances from Jazze Pha, Keri Hilson, Cee-Lo Green, and Busta Rhymes. A couple of bonus tracks were also included in the iTunes version, Perfectionist (Feat. Rock City and Beanei Sigel) and The Lounge.

Within the first sold of release, Asleep in the Bread Aisle had sold close to 65,000 copies. Chart performance-wise, it entered the US Billboard Top 200 at number five; it eventually also reached number five on the Top R&B/Hip Hop Albums Chart and number three on the US Top Rap Albums Chart. Outside of the United States, it also reached the top fifty in both Canada and the UK. In terms of critical reception, the album was generally met with mixed reviews; while some sources such as the Rolling Stone lauded Roth’s sincerity and avoidance of cliches, others such as Allmusic noted its hardly riveting material. Still, Asleep in the Bread Aisle has since sold over 214,000 copies across the US and remains to be his best-selling album to date. 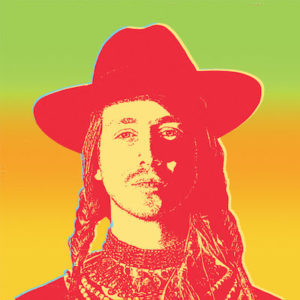 A few years later, Roth switched labels and released his second album, RetroHash on April 22, 2014. Originally announced in September of 2010, the album went through a few title changes prior to its release (e.g. The Spaghetti Tree, Is This Too Orange?); the current title, RetroHashwas announced in December of 2013, as an anagram of his name. Produced by Blended Babies and the rapper himself, it featured ten tracks including Parties at the Disco, Tangerine Girl, Something for Nothing, Last of the Flohicans, Keep Smoking, and Pot of Gold. Similar to his earlier work, it also included guest appearances from artists such as Chuck Inglish, Vic Mensa, Coyle Girelli, Curren$y, and ZZ Ward.

Upon its release, RetroHash entered the Billboard Top 200 at number forty five; within the first week, it sold over 6,100 copies. Additionally, it also peaked at number twelve on the Top R&B and Hip Hop Albums Chart and at number six on the Top Rap Albums Chart. Not only was it favorably reviewed by fans but the album also received mostly positive ratings from contemporary critics; for instance, DJBooth awarded the title a four star rating. RetroHash eventually spawned two singles, Fast Life and Tangerine Girl.

Asher Roth as an Actor

On January 14, 2014, the rapper made his official acting debut in the action comedy film, $50K and a Call Girl: A Love Story. Directed and co-written by Seth Grossman, it told the story of a terminal brain cancer patient who after being given six weeks to live, is offered a final trip of a lifetime by his older brother. Co-starring as a character named Asher, he played alongside Ross Patterson, Jessie Wiseman, Lauren Aboulafia, and Seth Grossman. To date, it remains to be the only movie that Roth has been involved with.

Having said that, he has also appeared in a handful of television programmings such as Last Call with Carson Daly (2009), Silent library (2010), and Face Off (2012).

Want to hear the rapper live on stage? If you’re in the Philadelphia area, then you wouldn’t want to miss out on his upcoming concert show at The Barbary on Wednesday, April 5, 2017. Set to kick off at 11:00PM, tickets for the event are still available so be sure to grab them while you still can!

As for new music, Roth recently came out with a new single entitled, More or Less (Hash Wednesday) this March. Produced by Nottz Raw, the one-verse-song once again demonstrated his extraordinary lyrical use. Since the song was first uploaded onto his official Soundcloud page, it has been listened to well over 30,000 times, and liked over 1,300 times! You can listen to the new title here.

If you’d like to stay in touch with the 31-year-old rapper, you can do so by following him on social media- you can find Asher Roth on Twitter at @asherroth. Alternatively, you can also visit him on his official website (retrohash.com) or Facebook page at @Asherroth.