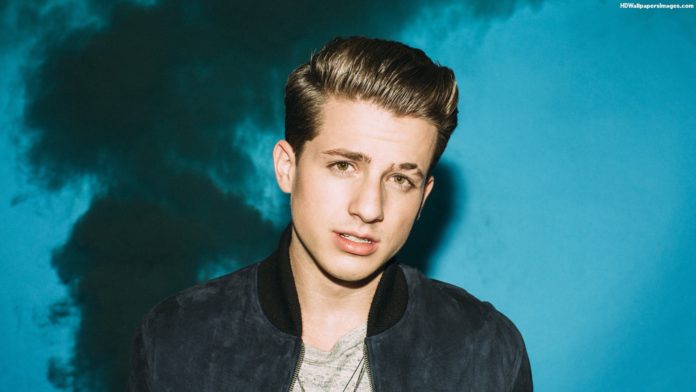 The world works in weirder ways these days than I give it credit for. Back in the old days you had to go through a hell of a lot more channels, and fail a hell of a lot more often if you wanted even a glimmer of fame. With the advent of YouTube and social media, all you really need is a bit of talent, the right look and that final stroke of luck. Charlie Puth falls into that category. He rose to fame via a viral video, granted he was singing on it, and leveraged that success into a singing career. There  is a lot of talent here, don’t get me wrong, it just seems so weird for me to look into the financials of someone who started off on YouTube and has gone on to have a more mainstream career. Most of the You Tubers I look into are still, for lack of a better word, stuck in YouTube. Charlie is not, he releases records on major labels, he collaborates with big name stars and he writes songs for the same. He still has the social media income, still a fairly lucrative pillar, but it is not his primary source of income anymore.

So let’s break it down, see how much Charlie Puth is worth, and how he got there.

How Did Charlie Puth Make His Money & Wealth?

Puth was born in New Jersey, in 1991. He has been making music for the majority of his life. Not at all surprising considering he has perfect pitch. So rare a thing, I know a few other folk who have it, and it always leaves me feeling more than a little bit jealous. Charlie can identify and recreate any note he hears. on it’s own it is an impressive parlor trick, but when combined with knowledge of an instrument, say piano, then the person with perfect pitch can play pretty much anything by ear. Charlie Puth started learning classical piano at age four, before moving to jazz at age ten. He produced his first record at 12, a Christmas album he sold door to door, making $600 in the process. He started his YouTube channel in 2009, focused at first on comedy videos and acoustic covers.

He released his first original song in 2010, These Are My Sexy Shades, which I am actually having trouble finding. I have read that a lot of his early work is under lock and key by his new record company, and it would not surprise me to find that that was the case here. He found success early on You tube, and was soon pushing for greater fame. He took part in a competition arranged by Perez Hilton, and was signed to Ellen DeGeneres’ label in the same year. He did not stay on her label for long, and in 2012 jumped ship to go independent again.

While all this work in the music industry was going on his YouTube channel exploded. He amassed an ever expanding number of followers, and as we should all know by now, this is step one in making a fortune with social media. Step two is making a lot of videos, and soon Puth had produced hundreds of the things. Each one hitting a million views with ease. YouTube videos make their money via ads. And even if we assume that half of all viewers are blocking the ads, and only ten percent of the remainder are getting an ad in the first place, it all adds up, and fast. On average a You Tuber makes between $3 and $6 per 1000 views. Puth has received over 1 billion views across his videos.

Puth released his debut album early last year, Nine Track Mind, and it sold very well, though it was far from a hit with the critics. It peaked at number 3 in the UK, and number 16 in the US. He followed that up with his first tour. Going forward we can expect touring and music sales to form a far larger portion of his income, with YouTube still being the base.

Charlie Puth is not married, nor is he dating anyone publically. he has been romantically linked to a number of women, most recently actor Hailee Steinfeld. She has not made any public statements regarding the rumors.

Where is Charlie Puth from?

Charlie Puth was born and raised in New Jersey. He is the son of a music teacher, and when you combine that with his perfect pitch you get a bit of a prodigy on your hands.

Charlie Puth currently lives in Hollywood Hills. The home is listed as for sale, but has yet to get a buyer. He purchased the property in early 2016 for $1.9 million, and listed it in August of the same year for $2.09 million. Whether he gets that or not is up in the air. I have no idea why he’s selling the place, it is lovely. Six bedrooms, pool out back and an excellent view.

What Awards has Charlie Puth Won?

Charlie Puth has been in the business only a few short years, but has already won himself a wide range of awards. He won the 2016 Billboard Award for best rap song, for See You Again, along with Wiz Khalifa. The track also won the Top Hot 100 Song award for last year.

Where can I see Charlie Puth Performing this year?

Charlie Puth has no tour on at the moment, but that doesn’t mean he won’t be performing. It was announced last month that he would be the supporting act for Shawn Mendes Illuminate Tour, for the North American leg only. This means you can see him up and down both the United States and Canada, and maybe Mexico too if they remember that Mexico is in North America. First Date is July 6th in Portland Oregon, with every major city in two countries getting a date as well.