fouseyTUBE Net Worth 2018 – How Much Does Yousef Erakat Really Make? 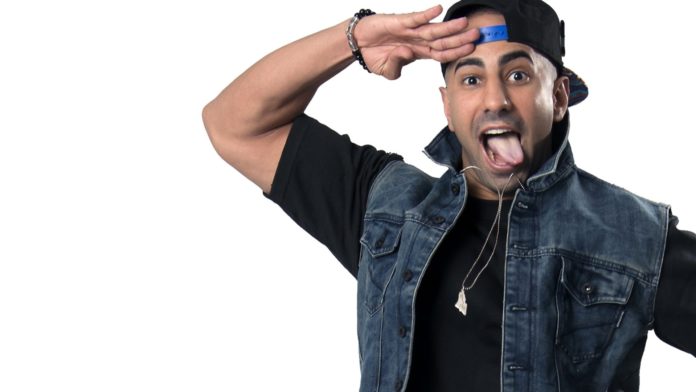 Writing Net Worth articles on famous You Tubers is a little easier than writing them on, say, professional rappers. I can find out with a few simple clicks how much they make in a month, cross referenced with the years they have been working, and slide in the ad block adjustment, and I feel fairly confident with my end result. Today I will be looking at Yousef Erakat, better known by his online handle fouseyTUBE. He has been making YouTube videos for the last six years. He focuses on comedy, the comedy of pranking to be specific, and rapping. He has developed quite a following, but is still limited to social media. I say that as though it’s a bad thing, but considering the earning potential in YouTube and Instagram these days, it is only meant to mean that he has the one revenue stream, leveraging audience. Considering his audience is well over a million people, he should be fine.

So let’s take a look at his career, see how he made his money, and where he might be going in the future.

How Did Yousef Erakat Make His Money & Wealth?

Yousef Erakat was born in Fremont California, and initially intended to be an actor. He graduated from San Jose State university with a degree in the performing arts, and moved to Los Angeles shortly after graduation. He started a few YouTube channels before hitting onto his winning formula. In the beginning he made videos relating to various fad fitness diets and regimes. They did not gain much of a following.  He was raised in a strict Muslim family, and struggles with adherence to that religion. Some of his Vlogs document his struggles with depression and suicidal thoughts. This vulnerability and sincerity is likely a big part of what endeared him to his audience.

The majority of his videos are about pranking people, though in the early days they focused on making fun of his parents. It is a popular format these days, and fouseyTUBE is one of the more popular artists doing it. He has nearly 10 million subscribers, and his videos have been viewed collectively over 1 billion times. i have written that number a few times over the last few days, been focusing on YouTube stars and their incomes. I feel like it doesn’t get across how popular these people are.

Ad sense money forms the basis of their wealth. On average a You Tuber gets between $3 and $6 per 1000 views. Now, we can’t just assume that everyone who watched the video got an ad, nor can we assume that everyone watching is not using ad block, but even accounting for that, it is still a substantial amount of money every week. There are other forms of income that is generated directly from fans, there is product endorsement to consider. fouseyTUBE has a huge fan base to leverage, and I feel it is safe to assume that he is doing so.

fouseyTUBE also produces his own music. How well said music is doing is a matter for debate, but it would be silly to overlook that revenue stream. In addition, he has been touring. Overall, there are a fair few ways he makes money, and so long as he is careful going forward, he will end up with an ever expanding fan base and fortune.

Not so far as I can tell. I have looked into this, and cannot find a reference to a girlfriend either.

Where is fouseyTUBE from?

He was born in Fremont California. His parents are of Palestinian origin. I have taken a quick look through his video history and found only a few references to this heritage in particular, not all that surprising considering how divisive the situation in Palestine is at the moment. 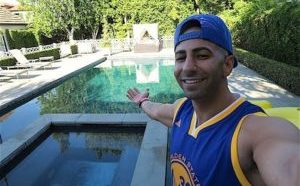 fouseyTUBE bought a house in California a few years back. I cannot find pictures of the front of the house, likely to protect his anonymity. But I have found pictures of the pool. I realize that pools are fairly standard in LA homes, but as far as I can tell it’s a nice looking place. Here’s hoping he goes for a Maytronics Dolphin bot for cleaning it eh? That is funnier if you know that I spent the guts of a few months testing those models of robotic pool cleaner.

Has fouseyTUBE won any awards?

He has. A look through his career shows him as the recipient of the entertainer of the Year award at the 6th annual Streamys. The year prior he won the Show of the Year Award. Going forward I expect a fair few more Streamys to adorn his shelves.

What Films has fouseyTUBE appeared in?

fouseyTUBE has been branching out into other mediums over the last few years. He signed to the Creative Artists Agency in 2015, and it is clearly paying off. He appeared in a YouTube Red show last year, but more impressively he starred in a comedy horror film opposite Bella Thorne. Tyler Perry’s Boo! A Madea Halloween. It was not a hit with critics, but the film made $90 million on a $20 million budget, so it was a commercial success at the very least. going forward I expect to see fouseyTUBE appear in many more films.

Why doesn’t fouseyTUBE have any tattoos?

fouseyTUBE is a Muslim. He has struggled with aspects of his cultural heritage his entire life. Once he was walking past a tattoo parlor and decided on a whim to get a couple of tattoos. He late had a nervous breakdown and had them removed. He attributes this to the cognitive dissonance he experienced when his Palestinian heritage went up against his North American socialization. He continues to struggle with depression and bipolar disorder to this day, but is very open about talking about it. He hopes to encourage others, especially other Muslims who might face a stronger stigma regarding depression, to seek help.