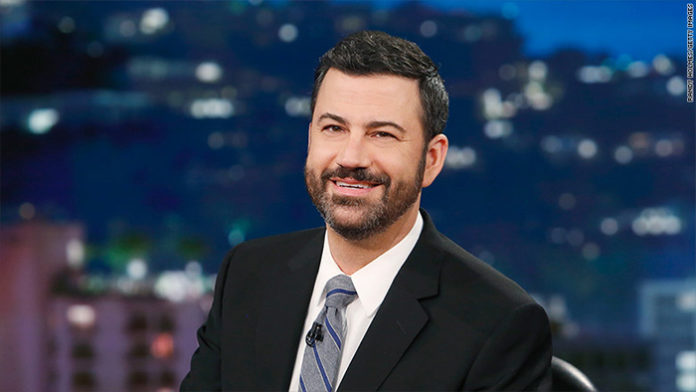 Jimmy Kimmel is best known for being the television host of the Prime Time Emmy Award-winning late night talk show, Jimmy Kimmel Live. As a teen, he started his career working for the college radio station, KUNV. Later in the early 90’s, Kimmel landed a gig with KZOK but was eventually fired within ten months. After several years of working in radio, he made his television debut alongside Ben Stein in the game show, Win Ben Stein’s Money (1997).

Not long afterward, he co-produced and co-hosted The Man Show which aired on Comedy Central. As one thing led to another, he eventually went on to host his own late night talk show, Jimmy Kimmel Live! in 2003.

From struggling radio host to successful television host, Jimmy Kimmel has undoubtedly become one of the most well known names in America. Did we mention that he’s also a multi-millionaire?

Let’s take a look to see how he earned his fortune.

How did Jimmy Kimmel Make His Money and Wealth? 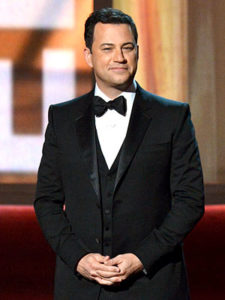 Born on November 13, 1967 in Brooklyn, New York, Jimmy Kimmel spent the majority of his childhood in Southern Brooklyn. While attending Ed W. Clark High School, he tested the airwaves by working for a college radio station called KUNV. After studying at Arizona State University, he bounced around a few stations such as KZOK, KCMJ, and WRBQ, before landing a regular stint with The Kevin and Bean Show on Los Angeles’ KROQ.

After several years of working radio, Kimmel made the switch to television in the late 90’s. In 1997, he made his debut in the game show, Win Ben Stein’s Money alongside Ben Stein on Comedy Central. A rather big break for the new TV host, his comic personality earned him a Daytime Emmy Award for the category of Best Game Show Host in 1999. The start of his successful career, it eventually led him to greater opportunities down the road.

While still co-hosting the game show, Kimmel co-produced and co-hosted another Comedy Central series, The Man Show with a few of his longtime collaborators Daniel Kellison and Adam Carolla. Noted for its unabashed humor, it quickly proved to be a success, having attracted millions to the screens. Although the show didn’t turn him into a multi-millionaire overnight, it definitely helped to establish his status as a rising television personality.

In early 2003, his hard work paid off- he was given his own TV talk show, Jimmy Kimmel Live!. While it took a little while for viewers to warm up to the series, it eventually became one of the most popular late-night programmings on television. Not long after premiering on ABC, the show had received a Teen Choice Award for “Choice Late Night TV”. According to various online sources, Jimmy Kimmel Live! had earned the host an approximate salary of $1.7 million.

Since then, Jimmy Kimmel Live! has run for well over a decade; in fact, it’s become one of the most popular nightly talk shows in the country. The longest running series of its kind in the history of ABC, it has given rise to several well-known segments such as Mean Tweets, Jimmy Kimmel’s Youtube Challenge, and Lie Witness News. Broadcast-ed worldwide through various outlets, the show has amassed Kimmel unrivaled fame over the years. Throughout its run, it has also garnered several accolades including six Prime time Emmy Award nominations and six Creative Arts Emmy Award nominations.

Considering its staggering popularity, it’s not surprising to know that Kimmel receives a hefty salary each year for both writing and hosting the show. If we were to speak of numbers, Jimmy Kimmel Live! reportedly brought in an average of $6 million per year throughout the late 2000’s. Given that his fame has only increased since then, it’s probably not far fetched to say that that amount has only gone up within the past few years. All in all, it’s easy to say that a sizable chunk of his fortune came from the success of his late night talk show. Nowadays, he easily yields $10 million per year from Jimmy Kimmel Live!.

In addition to Jimmy Kimmel Live!, he has also worked on several other shows as an executive producer. For instance, he has helped to produce Sports Show with Norm Macdonald (2011), Cousin Sal’s Sure Thing (2016), Gerhard Reinke’s Wanderlust (2003), The Adam Carolla Project (2005), and Windy City Heat (2003), to name a few. As a writer, he has also been involved with Crank Yankers (2002), and The Andy Milonakis Show (2005). 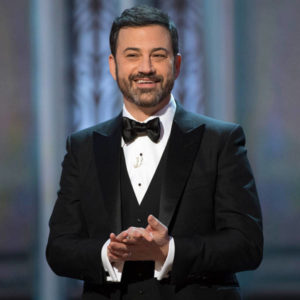 As one of the country’s most popular TV hosts, Kimmel was also selected to host several prestigious award ceremonies. For instance, he hosted the 68th Annual Primetime Emmy Awards event in 2016; most recently, he was also the host of the 89th Annual Academy Awards this past February. According to the celebrity himself, he was paid a whopping $15,000 to host the Oscars ceremony- and that’s just for one night of work. Allegedly, he earned a similar amount when he hosted the Emmys a year ago.

As his popularity as both a comedian and TV host continues to rise, his net worth will only continue to go up- it wouldn’t be too surprising if his annual salary was to increase past the $10 million mark.

To sum everything all up, while Jimmy Kimmel’s talents are not limited to being a television host, most of his fortune has come from his hit late night talk show, Jimmy Kimmel Live!.

Yes, Jimmy Kimmel has been married to American screenwriter Molly McNearney for three years; the pair met on the set of Jimmy Kimmel Live (McNearney being one of the head writers on the show) in October of 2009. They eventually got engaged in August of 2012, and tied the knot in July of 2013.

Prior to his current marriage, he was married to Gina Maddy from 1988 until 2002. From 2002 until 2008, he was also in a relationship with comedian Sarah Silverman.

Does Jimmy Kimmel Have Any Children?

With his first wife, Jimmy Kimmel has two children- a son named Kevin and a daughter named Katherine.

With McNearney, the television host has a daughter named Jane who was born on July 10, 2014. The couple are currently expecting their second child together.

Where Did Jimmy Kimmel Go to College?

After graduating from Ed W. Clark High School, he went to the University of Nevada, Las Vegas for a year. From there, he transferred to Arizona State University where he studied for two years. Despite his studies however, he never obtained his university degree.

Having said that, he was given an honorary degree from the University of Nevada in 2013. 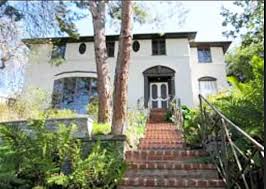 In August 2014, Jimmy Kimmel put his $2.3 million Los Angeles home up for sale in the real estate market. Built in 1947, the 3,605 square ft. living space contains four bedrooms, five bedrooms, a sound studio, including an outdoor kitchen that boasts a beer keg dispenser and a pizza oven. Outside, it is also equipped with a swimming pool and spa.

Jimmy Kimmel as a Philanthropist

Just this past February, Kimmel made the headlines after donating $100,000 to help fund an art program at his old high school in upstate New York.

Following the events that transpired after the killing of Cecil the Lion, he gave an emotional segment on Jimmy Kimmel Live! that urged his viewers to donate to the Oxford Wildlife Conservation Unit. After the show, the research group had allegedly received over $150,000 in donations.

In January 2016, he also made a $10,000 donation to the Flint Charity in the midst of the city’s water crisis. After he wrote the check, he even challenged some of his friends to do the same on Twitter.

That same year, he also hosted his first ever “Yard Sale” at the back parking lot of his studio. Selling off various memorabilia from his TV show, all of the proceeds from the event went to a nonprofit called My Friend’s Place, which aims to help the homeless youth.

How Much Was Jimmy Kimmel Paid Last Year?

According to reports, Jimmy Kimmel raked in $12 million this year, making him one of the highest-earning hosts on television.

The host of one of the longest-running late night talk shows in America, Jimmy Kimmel has garnered countless accolades throughout his career. Since he first won a Daytime Emmy Award in 1999, he has also added a Variety’s Power of Comedy Award, and two Writers Guild of America Awards to his collection- that’s not including the six Primetime Emmy Award nominations and six Creative Arts Emmy Awards that he’s received.

For his contributions, Kimmel was given a star on the Hollywood Walk of Fame in 2013.