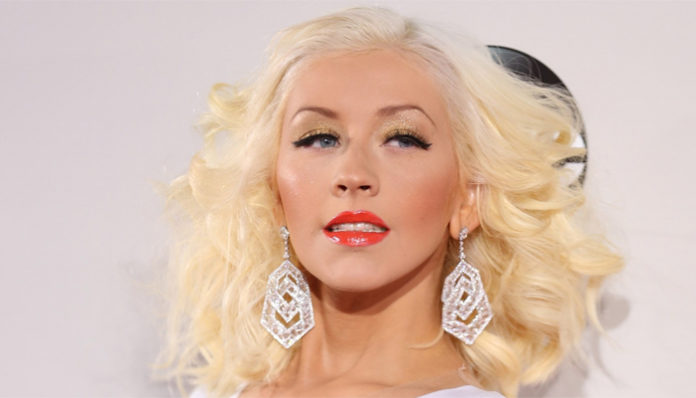 A five time Grammy Award winner, Christina Aguilera is one of the most recognized pop icons in the world. Born in New York, she aspired to be a singer ever since she was in grade school. As one thing led to another, the blonde quickly realized her dream after signing with RCA Records in 1999. At the age of twenty, she released her eponymous debut album, Christina Aguilera which quickly propelled her to celebrity status with its success. Since then, Christina has put forth a total of seven studio albums including Mi Reflejo (2000), My Kind of Christmas (2000), Stripped (2002), Back to Basics (2006), Bionic (2010), and Lotus (2012).

A household name by the early 2000’s, her continuous work throughout the years have only served to further increase her sky-high fame. From aspiring singer to one of the most successful artists in the world, Christina has effortlessly turned herself into a multi-millionaire. Let’s take a closer look to see how she has acquired her wealth.

How did Christina Aguilera Make Her Money and Wealth? 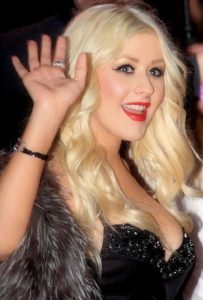 Born on December 18, 1980 in New York City, New York, Christina Aguilera knew ever since she was a little girl that she wanted to become a singer. Throughout elementary school, the blonde showcased her vocals at a number of talent shows, all of which combined turned her into a local star. When she was ten years old, she also had the opportunity to perform and wow audiences in the national television program, Star Search (1990).

In 1993, Christina landed a position on the popular children’s television series, The All New Mickey Mouse Club. Two years later, she received another small break after recording the hit single, All I Wanna Do with Japanese artist, Keizo Nakanishi. From there, the blonde was chosen to sing Reflection for the Walt Disney motion picture, Mulan. The breakthrough that she had been waiting for, it ultimately led her to sign with RCA Records in 1999.

That summer, she released her self-titled debut album, Christina Aguilera. A major success, it entered the Billboard Top 200 at number one, selling over 252,000 copies within the first week; it later sold an additional 218,000 copies by the end of the second week. Not only did it bring her to the limelight in the United States, but it also garnered her international attention after charting in various other countries such as Switzerland, Germany, Canada, Australia, Finland, Austria, New Zealand, and Norway. Commended for her strong vocals, the 8x Platinum album has since sold over 9,000,000 copies in the US and over 17,000,000 copies worldwide- making it her most successful album to date. Allegedly, it had earned the singer over $19 million.

The following September, Christina released her first Spanish album, Mi Reflejo under the BMG US Latin label. Shortly after making it to the stores, it debuted on the Billboard Top 200 at number twenty seven; that same week, it also reached the top of the Billboard Top Latin Albums Chart. The best-selling pop Latin pop of its year, it went on to sell over 480,000 copies by 2014 in the US alone. Since then, Mi Reflejo has gone Platinum six times for selling over 600,000 units worldwide. To date, approximately 3,000,000 copies of the album have been sold across the globe. With those figures in mind, it’s not surprising to know that the album would have earned her a cut of over $3 million.

After a holiday album release, the artist came out with her fourth studio album, Stripped. Revolving around the theme of self-respect, it debuted at the second position on the Billboard Top 200, selling over 330,000 copies during the first week. Overseas, the album also charted within the top five in Canada, New Zealand, the UK, Switzerland, and Ireland. Nothing short of a commercial success, it earned her numerous music awards including a Grammy Award for Best Female Pop Vocal Performance. One of her strongest albums on the chart, it eventually received 4x Platinum status from the RIAA. Worldwide, Stripped has since sold more than 13,000,000 copies- this would have translated to upwards of $14 million in profit for the star.

On August 11, 2006, Christina released her next album, Back to Basics, which proved to be yet another music sensation. A chart topper, it sold over 346,000 copies within the first week and reached number one in well over a dozen countries including the US, Australia, the UK, Germany, Canada, and Austria. Met with mostly favorable reviews, it later received a Grammy Award for Best Female Pop Vocal Performance among two nominations at the 49th Annual ceremony. Within four months, Back to Basics had sold over 1,000,000 copies domestically, making it her fifth consecutive RIAA-certified album.

According to various online sources, she reportedly earns at least $1 million per show. In 2010, she performed at a private party for a wealthy business investor which earned her $1 million. The following year, she gave a private four-song concert which yielded her a cool $3 million.

In addition to her work in music, Christina has also appeared in a variety of television programmings- the most notable probably being that of The Voice. Since she first debuted on the reality competition series in 2011, she has appeared in six of its subsequent seasons as one of the coaches. Her time on the show has also netted her a handful of accolades including two Teen Choice Award nominations, a People’s Choice Award nomination, and an ALMA Award nomination. How much does it yield her per episode? Approximately $225,000!

Throughout her career, the award-winning singer has also endorsed a number of well known brands including Versace, Mercedes Benz, Sears, Sony Ericson, Pepsi, and Coca Cola. In 2000, she was also the face for Fetish- a line of cosmetics for which she helped with the packaging and color choices. In 2004, the star was also offered $300,000 for opening a sale at a Harrods store in London.

After giving birth to her son in the late 2000’s, Christina was also paid $1.5 million by People Magazine for his baby photos- making it the 9th most expensive celebrity baby images ever to be taken.

In terms of business endeavors, she also has her own line of jewelry, as well as her own line of fragrances. In 2009, her signature fragrance became the fourth best selling perfume in the UK; some of her other fragrances include Inspire, Simply Christina, Royal Desire, Red Sin,  Unforgettable, and Secret Potion.

Christina Aguilera is currently engaged to her longtime boyfriend, Matthew D. Rutler, whom she met on the set of Burlesque.

Prior to her relationship with Rutler, she was married to Jordan Bratman, a music marketing executive for five years from 2005 until 2010. In the past, she has also be in a relationship with Fred Durst and Jorge Santos.

Does Christina Aguilera Have Any Children?

Christina Aguilera has two children. With her ex-husband, she has a son named MAx Liron Bratman (b. 2008). More recently in 2014, Christina and Rutler welcomed a baby girl named Summer Rain (b. 2014) into the family.

Where Did Christina Aguilera Go to College?

Christina Aguilera did not go to college. After graduating from North Allegheny Intermediate High School, she dove right into her burgeoning music career. 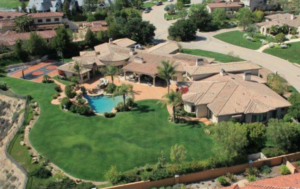 In 2013, the singing sensation made the headlines after purchasing a $10 million mansion in Beverly Hills, California. Located in the gated community of Mulholland Estates, the 11,000 square foot home features six bedrooms and eight bathrooms. Exquisitely designed, it includes arched doorways, arched glass doors, a spa-like marble bathroom as well as a humongous kitchen island. Outside, it also has a spacious saltwater pool should the star feel like going for a swim.

At one point, Christina rented her mansion to Adrienne Maloof of Real Housewives of Beverly Hills fame for a whopping $20,000 per month!

How Much did Christina Aguilera Earn Last Year?

One of the highest paid singers in the world, Christina Aguilera reportedly took in $60 million in 2016, through her business ventures, television appearances, and record sales.

Christina Aguilera as a Philantropist

Throughout her career, the star has given numerous monetary donations to a variety of different causes. For example in 2003, she contributed a generous $200,000 to the Women’s Center and Shelter of Greater Pittsburgh. Over the next couple of years, she also raised funds for the AIDS Project, the MAC AIDS Fund, and the Elton John AIDS Foundation.

In the face of Hurricane Katrina in 2005, Christina also donated a number of her personal wedding gifts to various American charities in support of the victims. That same year, she also performed a charity concert in South Africa, which helped to raise money for the Nelson Mandela Children’s Fund.

The global spokeswoman for World Hunger Relief, she has helped to raise over $148 million for the World Food Program.

Following the Haiti Earthquake in 2010, Christina also donated a Chrysler 300, which had been signed herself, to a charity auction.

For her philanthropic efforts, Christina has been recognized with the George McGovern Leadership Award as well as the Muhammed Ali Humanitarian of the Year Award.

An internationally recognized pop icon, Christina Aguilera has sold well over 17,900,000 albums in the United States alone since her debut. Worldwide, she has sold over 50,000,000 records. The youngest artist at the time to be included in Rolling Stone’s list of 100 Greatest Singers of All Time, she was also listed as one of the Top 100 Most Influential Individuals in the world by Time Magazine in 2013.

The winner of five Grammy Awards, her collection also includes three ALMA Awards, a Starlight Award and a GLAAD Media Award. In 2010, she was also recognized with a star on the prestigious Hollywood Walk of Fame.